Now I always feel like I’ve let myself down a bit by admitting this, but I love to watch Big Brother and am currently glued to Celebrity Big Brother on Channel 5. Having reached the age when shouting at the TV is de rigeur of an evening (if only to irritate Hubby), I have to say this series in particular has given me full opportunity to wallow in gleeful disapproval (tinged, it must be said with slight shades of hypocricy). 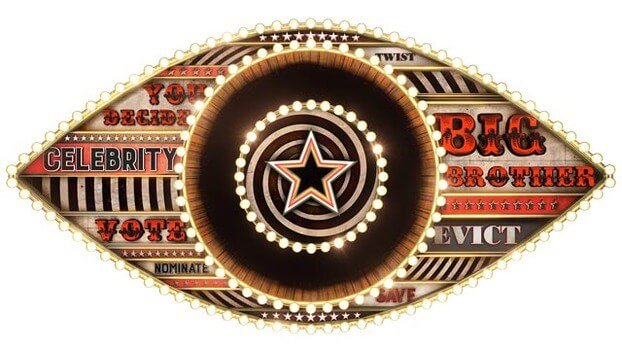 Step forward one Danica Thrall, star of the dubious documentary “Sexy, Lies & Rinsing Guys”. Danica’s alleged method of providing for herself is by glamour modelling in exchange for gifts. Her Amazon wishlist shared via a journalist on Twitter [Lord Justice Leveson, hello, are you there?] made fascinating reading (yes I did…).

Danica, and her fellow ‘celeb’, glamour model Rhian Sugden [she of the alleged Vernon Kay ‘oops his finger must have slipped when texting’ scandal] make Samantha Brick look positively shy and retiring. Mrs Brick’s Magnum Opus “Why do women hate me for being beautiful?” was published in the Daily Mail recently and garnered almost international derision and sniffiness from (mainly) women readers.

The girls flirting with the male contestants and the men’s somewhat hilarious teenage angst upon being summarily rejected is, whilst entertaining, a sad commentary on the fragility of the male ego. Let’s not mention Jasmine Lennard and her mother. Seriously. Let’s just not.

It is really not for me to judge these women (which is, of course, the skill of the reality tv producer). We love to judge whilst conveniently parking our own social mores behind a sofa cushion. And actually, it occurs to me that women are encouraged to judge one another more harshly than men are, though by whom I’m not sure.

This is all amusing until I think about my 4-year-old daughter, Caitlin and ponder Society’s (and my) conflicted attitudes about whether a woman should trade off her looks. The Media instils in us daily that the prettiest, the cutest, the bustiest are the true role models. Can’t carry a tune in a bucket? No problem. Daft enough to film yourself in delicto fragrante whilst forging a TV career? Go ahead. Heck, you can even become a reality star by living in the right county (sadly not the Vale of Glamorgan) and tanning yourself till you look like a Wotsit.

We now have a whole generation of young girls who think that the most important skills are looks and a direct line to Max Clifford. Never mind hard work. Never mind ‘working your way up’. To some of these girls, a glass ceiling is something installed by Everest. Wannabe WAGs have given way to Wannabe pop stars, models, chefs, opera stars and conductors. Forget a CV. Just stand on a corner with a big placard saying “Endemol I’m here”.

As for attracting a beau,  why not chase Spencer Matthews round numerous European tourist traps in “The Batchelor” or appear in the Roman amphitheatre of dating via “Take Me Out”?

Look at the spat between A. A. Gill and Mary Beard recently. He said she was “too ugly for TV”. Gill can be tarter than most of the pies he scoffs for a living but this was certainly one jibe too far. Let a woman hold herself up as intelligent (even by action rather than self-promotion) and the focus seems to shift immediately to whether she is pretty enough to warrant that appellation. Go figure (literally).

How refreshing it was, during the Olympics (and I’m sure will be again in the Paralympics) to see positive, healthy female role models. Women who know what it is to want something badly but who understand that it takes hard work, dedication and grit to get it. Perhaps glamour models would argue that it is the same for them.  Is it the old Puritan work ethic? Does success only come from hard work? Do you have to slog your guts out to get anywhere? Helen Gurley Brown (founder of Cosmo magazine) certainly thought so – “mouseburgering” she called it, but equally, Helen understood the power of ‘pretty’.

So what do I tell my daughter?  Darling, if you can, meet a nice man who’ll buy you jewellery and a house in Hampstead” or “Go out into the World and make something of yourself, build something, a company, a business, an empire?”. Here’s my hypocrisy – I feel I ought to say both.

Luckily we’ve plenty of time to redress the balance in TV land before my daughter comes of age.  And I hope that she’ll have more career options open to her than a stint on a reality TV show like Celebrity Big Brother.

20 Weird Things I Do At Christmas…