I love aeroplanes.  And airports.  I love the hustle and bustle. The excitement of all that meeting and greeting.   The atmosphere of expectation; almost a holiday feeling, even if you aren’t travelling. In my youth, Cardiff Wales Airport used to be a bit of a trip out for the ‘gang’. 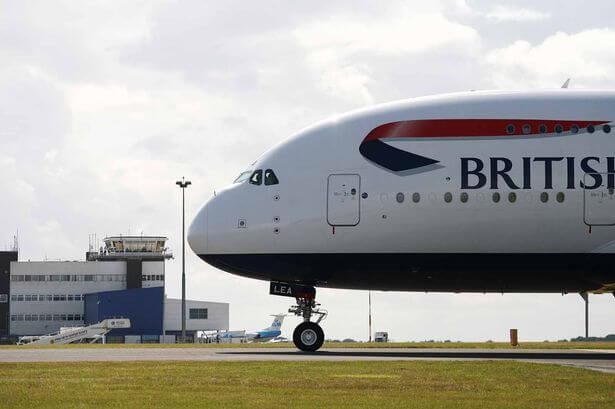 It had a shop, a cafe where you could watch planes, a bar and a lounge upstairs.  It also had a carpet which made you feel slightly travel sick if you stared too hard at it but that is long gone.

You used to be able to watch planes swoop in and out and passengers alighting and descending.  It was an ideal spot for a quiet cuppa on a Sunday afternoon (and a Danish Pastry, if you were feeling really outrageous).

So, not having travelled anywhere much due to having two children roughly 18 months apart, I was looking forward to taking the kids there to watch the planes.

Nothing can be seen due to the redesign of the airport building.  That, coupled with the weird car parking arrangements, means that you are actively discouraged from visiting unless you are travelling.

My husband travels a lot on business.  We have just dropped him off at the airport, having disappointed the kids yet again since it was pointless getting out of the car to plane-spot. We saw the tail end of one plane in the British Airways maintenance building but that was it.

In an attempt to see planes, I made the mistake of driving down the ‘drop off’ route and had to pay £1 to get out.  Honestly, if the Airport owners (TBI plc, part of the Spanish Abertis Group) are so desperate to generate revenue, why not make the airport a real ‘destination’, a place that actually looks like it wants to welcome you to Wales? Why not have a decent retail offering (including catering) for families coming to collect relatives?

You get the feeling that, currently, Cardiff Wales Airport is a bit of a white elephant. Nobody really wants it (commercially speaking) so nobody really wants to invest in it.  It’s hardly an ‘international’ airport if many destinations are reached via a change of planes at Amsterdam’s Schiphol Airport. I’m sure many people now automatically think of Bristol as their nearest airport.

If you want to see planes, you can park up outside the local flying club in a scruffy car park and watch smaller planes and the big commercial planes from a distance.  You’ll have to avoid the litter and the dog poop and stare longingly at the excitement through the wire fence.  Glamorous it is not.

Being a Cardiff plane spotter is a lonely (and expensive) business.