In October 2012, Dr Aric Sigman, a Chartered Biologist and a Fellow of the Royal Society of Medicine published a report which suggested that excessive use of technology and gadgets could cause long-term physical harm in children. I think it’s fair to say that this report pressed quite a few ‘guilt buttons’ in parents around the country.  So should you let your toddler watch TV? 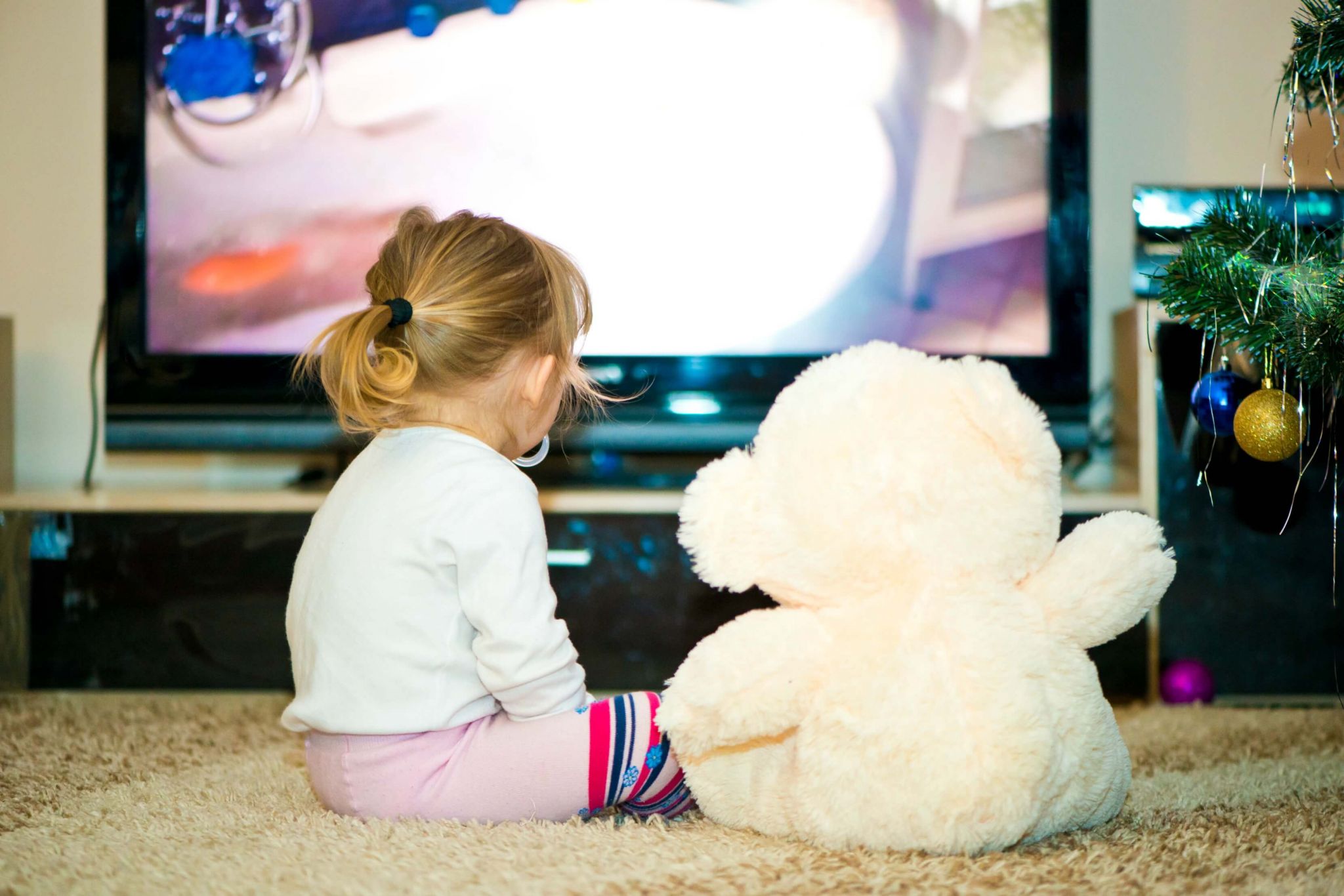 Dr Sigman’s report suggested that ANY TV viewing for children under 3 is dangerous to their well being and development. To prevent this Dr Sigman suggests banning television until a child is three years old and then setting a limit on screen-time, with three to seven-year-olds limited to just half an hour of viewing per day.

The report also highlighted how modern children will have spent more time watching TV than they do in school over the course of their childhood and criticises parents for using gadgets as ‘electronic babysitters’.

Well, guilty as charged, m’lud. However, in my defence…

The only channel my children watch is CBeebies. We have a few DVDs, generally second hand Disney or the current favourite, Wallace & Gromit but that’s about it. Frankly, given the cost of brand new Disney DVDs, I’d be tempted to replace Tinkerbell with Dick Turpin because the phrase ‘daylight robbery’ springs to mind.

The TV is not left on as background but at the end of the day if I am alone and trying to cook tea, then yes, it is a babysitter.

Hubby and I don’t let our kids watch adult TV. I do remember breastfeeding through an entire episode of Midsomer Murders once but I don’t think Caitlin has any homicidal tendencies (although having seen some of the sibling rows around tea-time, I do wonder).

Where possible, we all eat together in a separate room without the TV.  And talk.  But, how many homes today have the room? Look at the composition of the nine millionth housing ‘development’ appearing near you and chances are there will be just one or two ‘family’ sized houses, the rest being 2-3 bed boxes or worse, yet more flats.

I was born in 1964 and during my childhood remember “Watch With Mother” and in many ways, that’s the point. I think TV can be an educator if it is used in a supervised and sensible fashion. Sitting down with your kids to watch something like Justin’s House or Numtums is a nice ‘family’ experience. I remember Trumpton and Chigley, Candlewick Green, the Pogles, the Clangers and Hectors House. Of course, there was Playschool and Playaway too.  It was all so innocent.

Today, on the other hand, Postman Pat has a mobile and a helicopter and to me, this is symptomatic of our urge to update everything, to modernise, to ‘make relevant’. That may well be where the problem lies. I’m surprised More Than isn’t sponsoring the programme to promote pet insurance for Jess.

Adult culture is constantly being repackaged, dumbed down and targeted at the most vulnerable – our children, for example, the ubiquitous Hello Kitty. And don’t get me started on the teen mags.

I remember the raciest letter you ever got in Jackie’s Cathy & Claire column usually read “I kissed a boy, am I pregnant”. The same level of sex education, ironically, displayed every morning on Jeremy Kyle.

Then there are those who think there’s something wrong with little girls liking pink and that boys should be playing with Barbie.

Having a girl and a boy close together, I have been able to observe closely the differences in gender development. Here’s an observation from our house – little girls like pink, they like princesses, they like make-up. This is not because some evil pink stasi has them in their sights. It seems to be some sort of simultaneous evolution among little girls of a certain age.

A second observation – boys like to break things, hit things and take them apart. The sexes are wired differently. Ieuan occasionally wears his sister’s ladybug costume but even he (at 3) is now finding it a tad ‘girly’. Caitlin is endlessly fascinated by my jewellery (very small!) and make-up (slightly crusty).

Of course, every child is different and no child should be shoehorned into a set of gender-based expectations if they make them unhappy, but I think sometimes we make childhood a lot more complicated than it needs to be.

TV is, for better or worse, part of how we live now but the responsibility and to a large extent control of our children’s well-being and development is in the parents’ hands. We’d be better off worrying about the quality of the nation’s parenting, the exorbitant costs of childcare and the lack of support for working mothers than about the amount of TV children watch.

Should you let your toddler watch TV?  The jury is still out.