My walking campaign around the local beauty spots of the Vale of Glamorgan started abruptly one afternoon when my long-term friend (known since the tender age of about 16) and to be known henceforth for the purposes of this blog as The Sybyl, announced “you need to get out from behind that computer. You’re going strange again”. A spot of early morning dog walking was clearly in order. 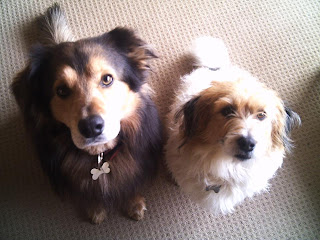 I refer to her as The Sybyl not because she is one of the Greek oracular seeresses who prophesied at holy sites (rather obviously), but because she loves to wander through the Great Outdoors and because she knows stuff.

Stuff too random and occasionally wonderful to categorise. For example, at a recent night out at our local, The Grouter & Ferret, she launched into a word perfect rendition of Chaucer’s Prologue To The Canterbury Tales, complete with (unsettlingly) a 14th Century Middle English accent.

Other topics of conversation included how best to cook on a Trangia (some sort of portable camping stove) and woodworking techniques. She is practical, hardy and brooks no nonsense. And she loves her dogs.

Dogs are a bit of a mystery to me. I know that they are pack animals and that poo bags are required, but that’s it. To know the Sybyl is to unconditionally love her two boys, Rumpus and Bedlam, who accompany us on our walks. A bit of a dog whisperer, The Sybyl has an excellent grasp of (and possibly the unique interpretation of) doggy psychology. She is a great fan of Cesar Millan. Not an Italian salad apparently but a Mexican dog trainer of repute. Many of these techniques have been used with Caitlin and Ieuan who are completely under her spell.

So we regularly wander around Cosmeston, our local nature reserve and bleak bits of coastline braced with hiking poles with Bedlam barking excitedly at the front and Rumpus bringing up the rear. And we travel in her compact and battered red van which doubles as a portable doggy salon complete with duvets (for them). The boys are now approaching their senior years but are still capable of a sprint. They sniff me and look me up and down as if to say “oh, it’s her again” so I have to assume I am accepted.

Actually, she was quite right about the strangeness. There is nothing like a brisk morning spent dog walking to clear away the cobwebs but, more importantly, to create a kind of mental space – which I need after the madness of the school run. Walking is often recommended as a way of dealing with anxiety and depression.

The good thing about long-term friendships (particularly when you are in what I like to think of as “late middle youth“) is that you both know each other’s strengths and weaknesses and can applaud and forgive these in equal measure. Weirdnesses are joked about (for example, I hate people touching my glasses and I like to measure my wine out using a Rosemary Conley yellow Portion Pot) and addressed where family members might pussy-foot about the issue.

I think at our age (I’m 49), old friends become extended members of your family, like eccentric long-lost aunts and uncles. They can also introduce your kids to another different realm of experience and skills. In The Sybyl’s case, this includes gardening and, slightly more alarmingly, antique weaponry.

So I’m getting fit and a unique education at the same time. And, as they say, “an education is never a waste”. Dog walking is benefiting both me and the dogs.