Just occasionally, when reading to your children, you are introduced to a character who automatically wins your heart. As a refreshing change to the somewhat saccharine short stories in Caitlin’s latest “Princess Compendium” and Ieuan’s “Guide to Train Spotting For The Under 5’s”, readers I bring you Dwayne in “The Tragic Tale of Dwayne, The Eating Monster”, a lift the flap book written and illustrated by Valentina Mendicino published by Imagine That Publishing. 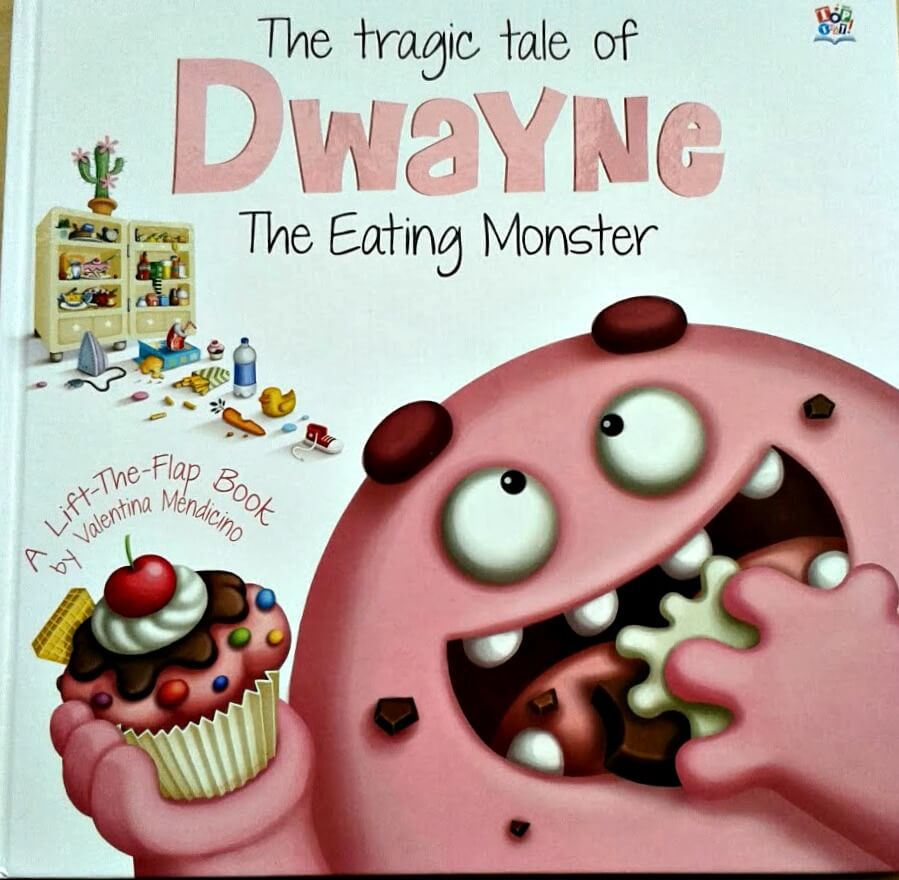 Dwayne, it has to be said, has a pretty limited skill set but he does love to eat. One day, however, (and we’ve all been there), he finds he just can’t stop. He eats… and eats… and eats everything in his path. And, of course, he gets bigger, and bigger and bigger, with catastrophic consequences. I won’t spoil the ending which contains a funny twist, but suffice it to say that my children really enjoyed the story.

The book is a ‘lift the flap’ book and as Dwayne eats more and grows bigger, children are able to lift the flap to discover the contents of Dwayne’s latest meal – which are weird, wacky and very funny. 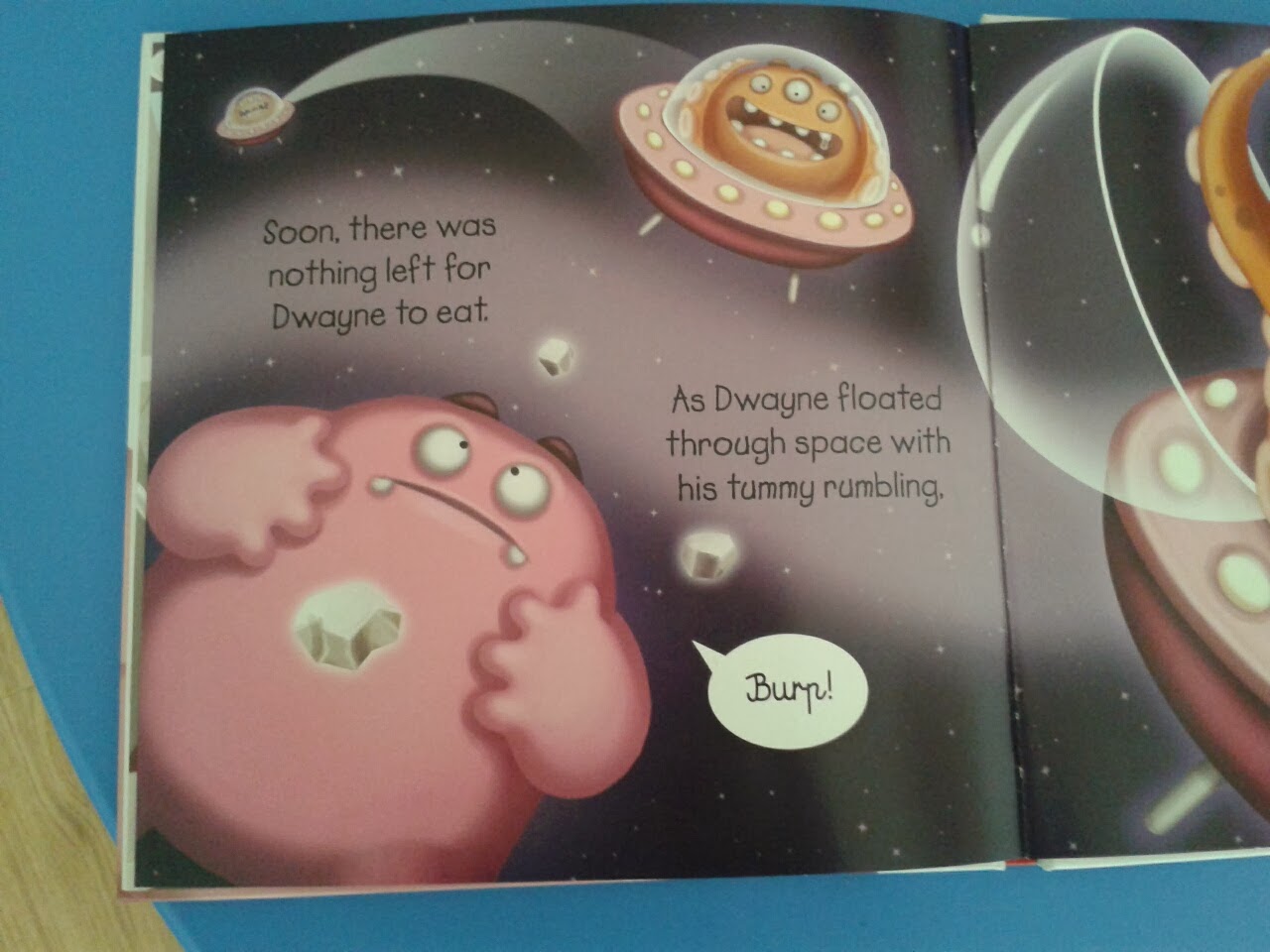 Like all the best children’s stories, “The Tragic Tale of Dwayne The Eating Monster” contains a valuable lesson – being greedy can have unfortunate consequences.  Caitlin (5) and Ieuan (4) loved it, particularly the flaps which allow the children to join in with the story and suggest alternatives for what might be in Dwayne’s tummy.  Obviously, I was hoping that the story would inspire Ieuan to actually eat some vegetables but I’m not sure it’s succeeded with that.

The Tragic Tale of Dwayne, The Eating Monster is available from Amazon.co.uk.

*A PR sample was received for the writing of this post which contains an affiliate link.