It is mid-afternoon and after the morning theatre group for Caitlin and a whizz up to Mothercare for an emergency purchase of a Buzz Lightyear gadget pack for Ieuan, the lounge resembles the X Factor waiting room. (“I’m so sorry Lizzy Maybel Lambrini Smythe but your journey to incredibly short-lived pop fame and a paltry one album record deal ends here”). 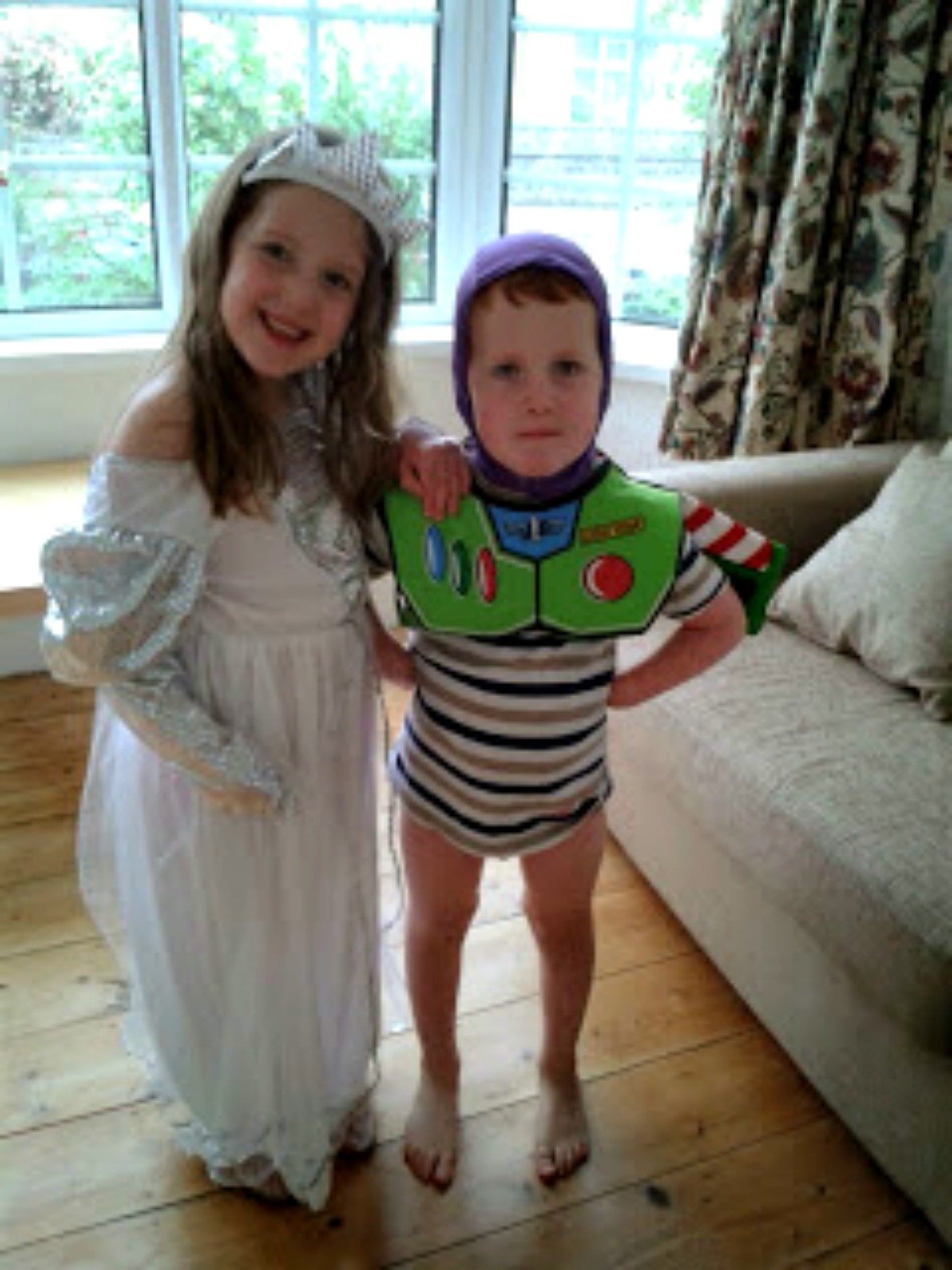 After the customary fig roll and squash and in an attempt to avoid the lure of the TV, Ieuan is dressed as Buzz and Caitlin as a princess/angel/Statue of Liberty and they are drifting about with all the direction of Ed Milliband.

Instead of being sofa bound, I have visions of other families yomping across moorland, rucksacked up with flares and Kendal Mintcake, fitting in a bit of orienteering before kayaking home for a bonding session of knot tying and homemade nettle soup. They have no problem entertaining children, nor any lack of energy to boot.

We could, I suppose, have gone shopping, but that always seems such a cop-out, surrounded as we are here with so many beautiful places to explore. The Husband, though, is exhausted and can only muster approximately a third of his usual joie de vivre.

In his current mood, despite our ongoing commitment to a low fat diet (our “stay alive for the kids in case you peg it at an unseasonably young age and SCAR THEM FOR LIFE diet”),  if I don’t keep an eye on him he is prone to wandering off in search of jumbo packets of salted nuts.  As an older mum and dad we are constantly fending off any sign of advancing age.

My imaginary Supernanny / Tinkerbell advises me that I should be “arting and crafting” – (at least I think that’s what she said), teaching the kids to sew, quilt, make buns. In the name of efficiency and minimal energy expenditure, I briefly consider teaching them to sew a quilted bun but as The Husband would say the idea “really hasn’t got legs”.

There is only one thing left to do. I will read them a story.  Something cheerful from our compendium of stories written by the Brothers Grimm in which children narrowly avoid getting eaten and the nasty witch gets shoved in the oven.

Mary Poppins would be so proud.