Shouty Mummy Is In Da House

Back from the school run, I am slumped in a guilt-fest on the sofa, nursing a coffee whilst the judgemental image of Supernanny Jo Frost twirls around my head like a malevolent Tinkerbell. On this morning’s school run I have been a shouty mummy and, on reflection, I think it’s all my fault. 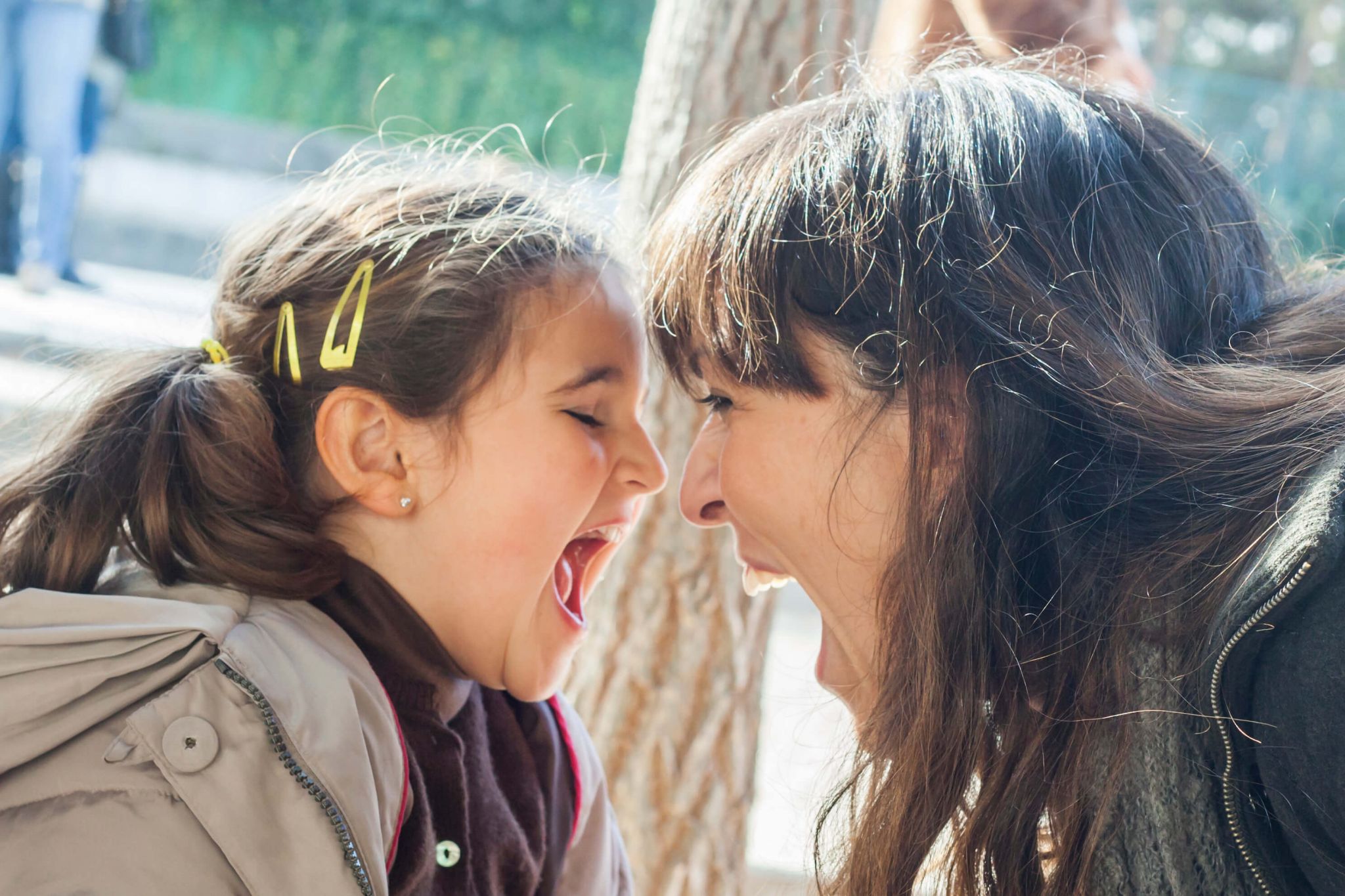 It went wrong from the start by my agreeing to put on Toy Story 2. The Husband is discussing digits in the Big Smoke all week with other geeky types so I am doing my single mother bit (and I’ve written before about my unending respect for single mothers!). The kids, sensing that I have all the strength and cunning of a wounded gazelle might, I suspect, have been taking liberties. This does absolutely nothing to assuage my guilt.

Instead of, sensibly, getting them dressed and fed before switching on anything electrical or battery powered, mornings here are decidedly slow burn starting with Channel 5’s Milkshake or CBeebies and ending with a frantic, last minute, and generally bad-tempered rush as I drag the kids protesting to the bathroom.

This last stage of the process involves my constant haranguing, nagging and pleading viz “how long does it take to put a SOCK on?  You’re nearly SIX YEARS OLD”  or “yes I know Woody has lost his hat but you don’t need it now you are going to school, DON’T YOU DARE SLAM THAT…..(bang) DOOR!!!”.

The current ratio of putting items of school uniform on is approximately 1 item to 2 dances and 3 songs at which point my voice starts to resemble machine gun fire “PUT. YOUR. SCHOOL. UNIFORM. ON. NOW, WE ARE. GOING. TO. BE. LATE AGAIN!!!”. 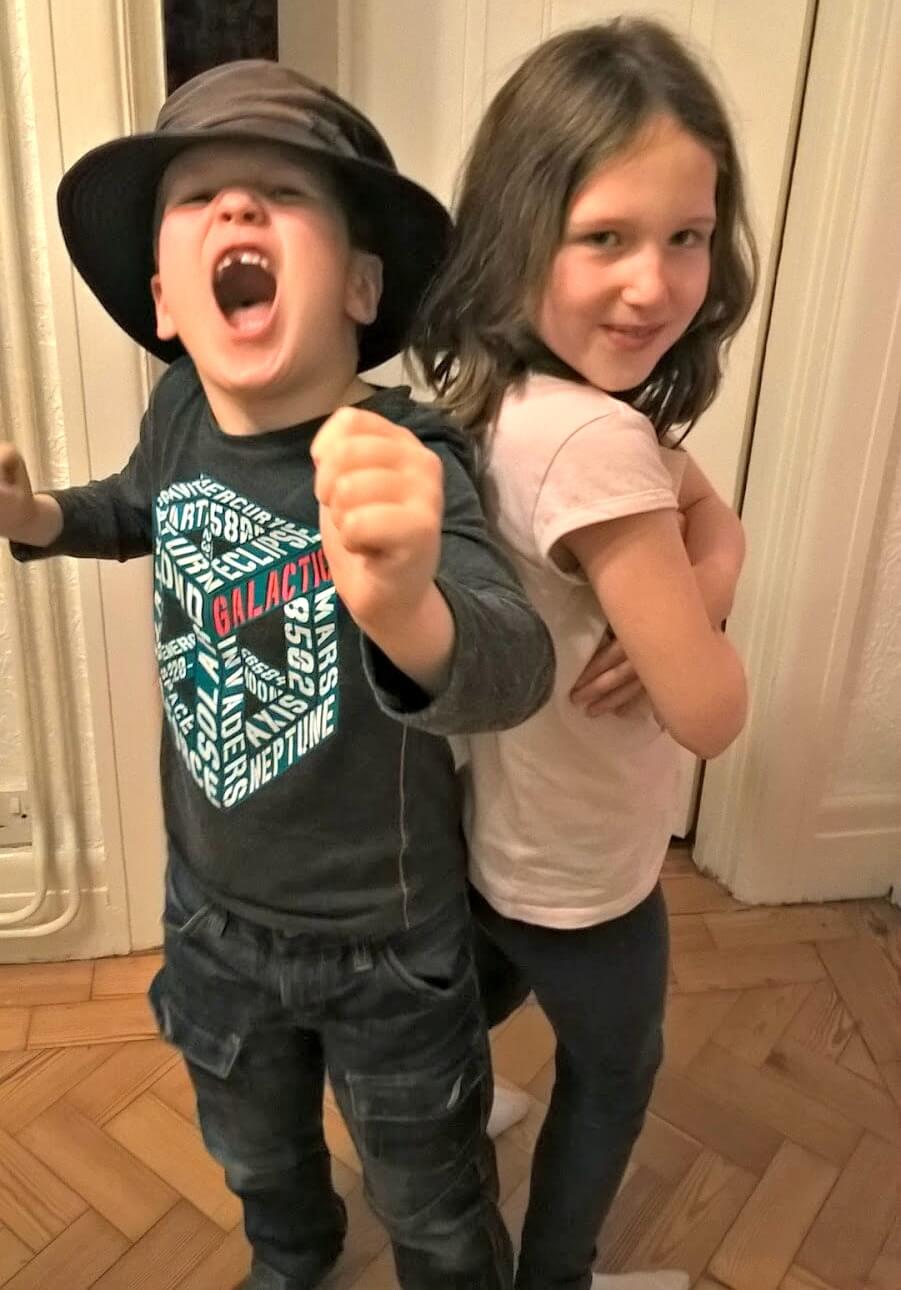 I find myself asking myself what a child of 5 and a child of 4 should reasonably be expected to do and become extremely confused. I try to remember my own childhood but by now it’s all a bit vague – aside from having a playgroup teacher called Miss Roll who we all called “Miss Swiss Roll” and getting in trouble for talking (no, really??), I can’t remember much.

Arguably I am teaching them ‘valuable life skills’. “Eat your Cheerios daughter and you could be the next Prime Minister”, but there’s a really fine line between discipline and what might be construed as punishment. The Husband in his ‘remote parent counselling” sessions on SKYPE from the comfort of a nice child-free and comparatively silent hotel room, informs me I am inconsistent and need to be firmer.  Hmm.

All I know is that when I see their two innocent faces raised to mine for a kiss at the school gates I feel that I have got it all wrong and that I am (now this is a phrase that makes The Husband snort) “scarring them for life”. The fact that they are generally happy, well-adjusted and have glowing school reports seems to pass this shouty mummy by.

I’ll make the most of the peace at home until they return from school when the noise level will ramp up once more, Ieuan will refuse to eat anything green and shouty mummy will resist the urge to crack open the wine to cope with the guilt of being a shouty mum.

PREVIOUS POST
"Walking The Dogs: A Rumpus And Bedlam In The Countryside"
NEXT POST
"Lib Dems Propose Free School Dinners For Reception, Year 1 and Year 2 Children in England"

2 responses to “Shouty Mummy Is In Da House”