It was raining after school so, inspired by the fabulous “We’re Going on a Bear Hunt” (by Michael Rosen and Helen Oxbury), we decided to do just that, with the help of a small friendly bear called Barny. 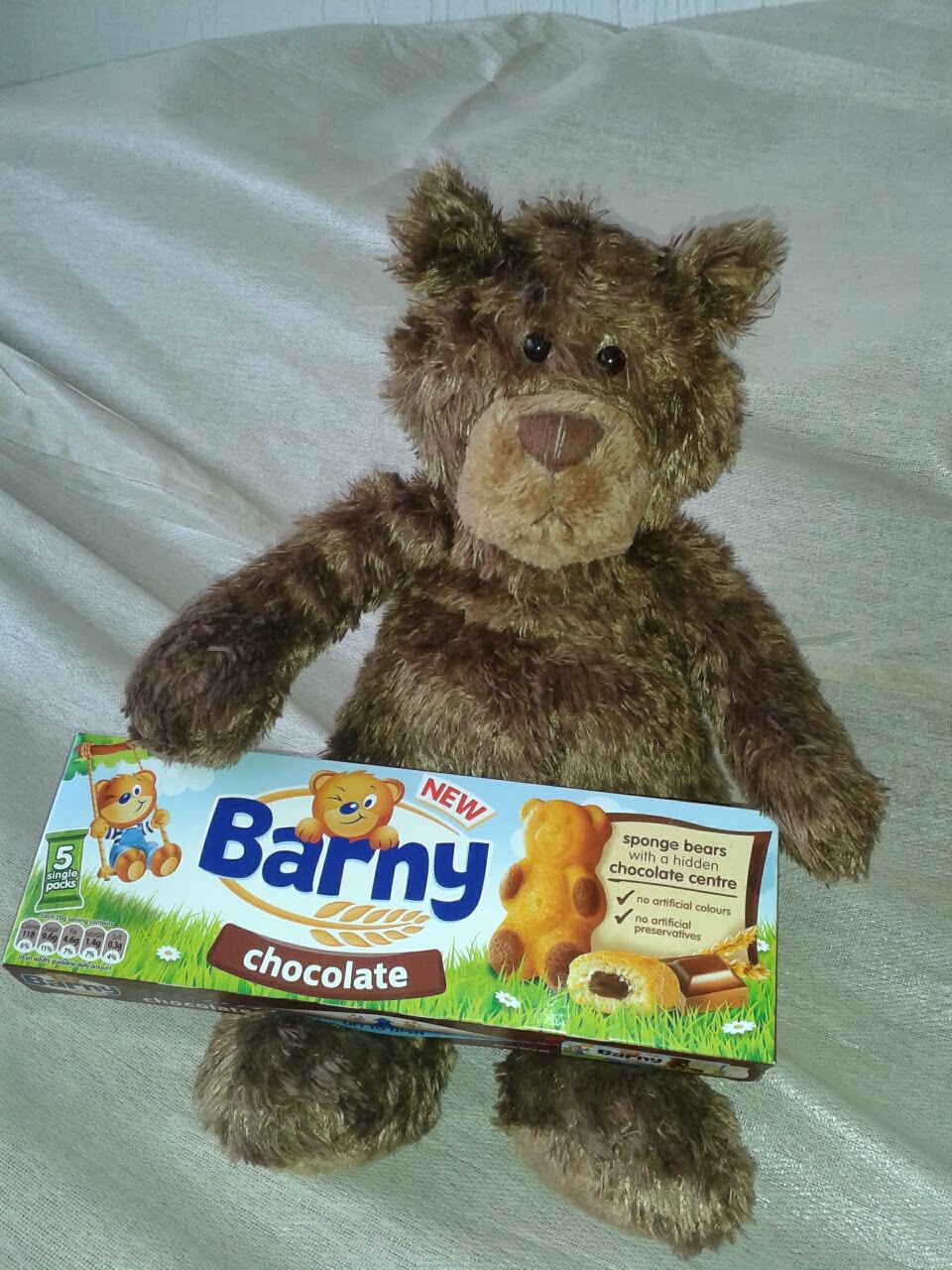 Barny is a delicious sponge bear who comes individually wrapped for freshness as either a chocolate sponge bear with a milk flavoured centre or a plain sponge bear with a chocolate centre. There are no artificial colours or preservatives to worry about either. He’s an ideal after school snack at 116 calories per bear. (You wouldn’t get that type of information from David Attenborough, now, would you?).

Caitlin and Ieuan (or “Buzz with a Belt” as he is still insisting we call him) were tasked with finding the ferocious bear to get a tasty treat.

First, Caitlin checked “The Cavern of Random Untidiness”.  A dank, dismal place where piles of coats lie forlorn as they conceal “Ye Olde Pile of Andrex”.  A terrible place and a suitable hiding spot for a ferocious bear like Barny. 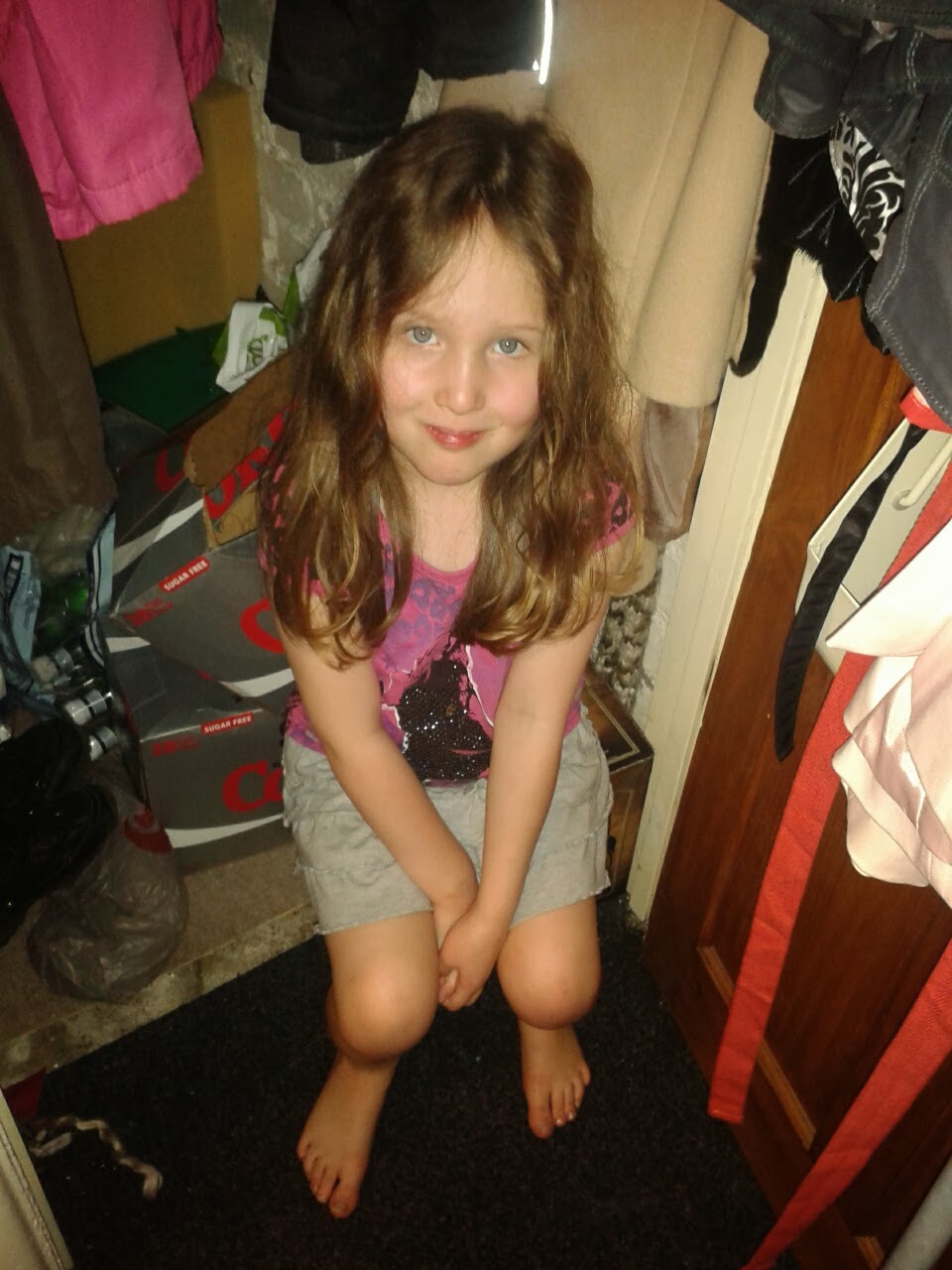 It’ll take more than Feng Shui to sort this lot.

Next it was time to dodge the rain and actually venture outdoors to the “Forest of Indiscriminate Topiary”.  A place where bears may well be hiding, safe in the knowledge that no gardening implement was likely to threaten their haven for many a week. 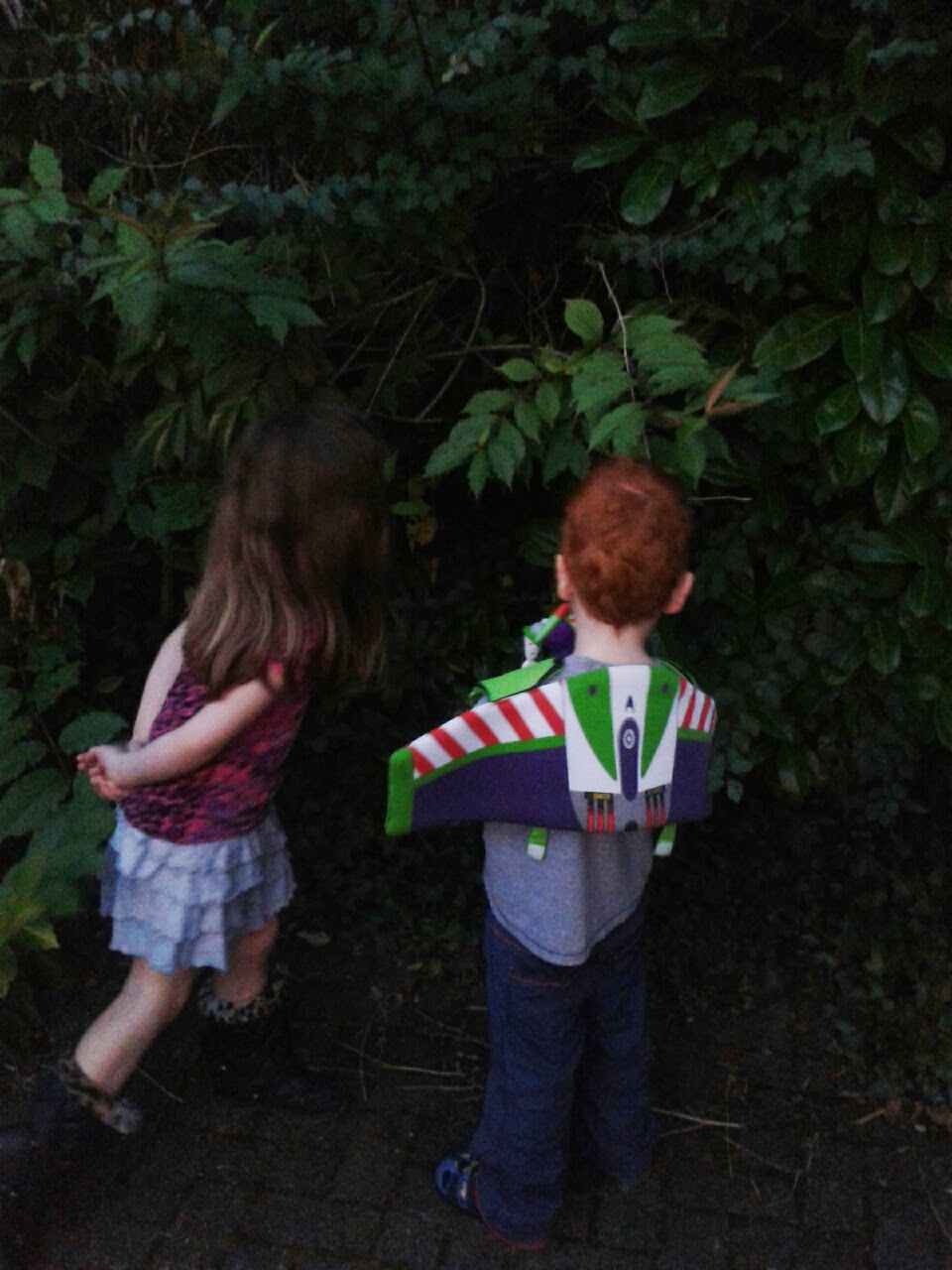 Even “Buzz with a Belt” had serious doubts about this location. By now, the kids were mutinous and extremely peckish. It was time to brave “The Den Thrown Together In The Vague Hope Of Five Minutes’ Peace”. The Den.  A Masterpiece of Construction, although possibly a bit small.

Finally, exhausted by their trek and threatening the nine thousandth replay of the entire Toy Story DVD Collection, the children emerged victorious from the camouflage netting their mother frequently used to hide from unwanted sales callers. 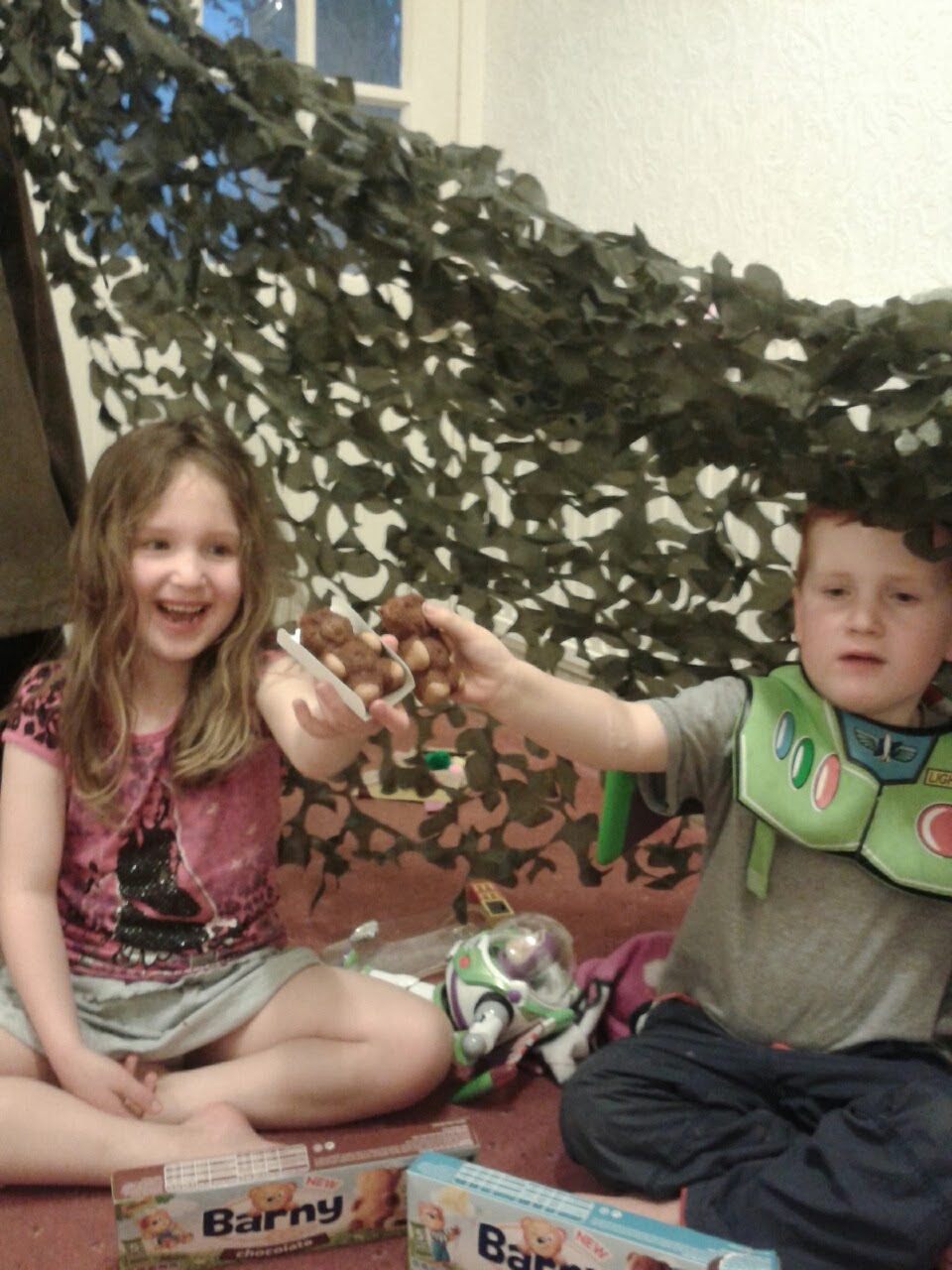 Victory.  Ieuan /Buzz With A Belt has just clocked there are 5 Barnys in a box.

The expedition was over for the day and Barny kept the kids quiet until their mother had had a chance to prepare something Marco Pierre White would doubtless frown at. In the interest of zoology (ahem), their mother can confirm that Barny combined lovely soft sponge with a delicious creamy (or chocolatey) filling. Barny is a snack that makes after school rumbly tummies a little more “bear-able”.

This post is an entry for BritMums “Little Adventures Challenge” in partnership with Barny, the bear-shaped snack providing a little discovery in every bite. Find out more about Barny here -www.barnyworld.co.uk.