Next year I will be 50 years old. Half a century. 5 decades. No other way of putting it and no other way of addressing it without being extremely grateful that I’ve survived with my health and nearly all of my teeth. 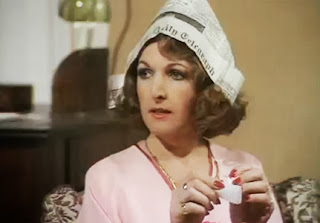 Mentally, obviously, I am about 13 but ignoring the fact that I can still name all the Osmonds and remember how Les McKeown’s trousers in the Bay City Rollers only reached as far down as his ankles, I like to think I have achieved some vague level of maturity – particularly since I have two children, somewhat belatedly, of my own.

I have no idea why I’m using a cricket analogy since my entire experience of cricket has involved sitting in a deckchair with a glass of warm vino clapping in a desultory fashion as one set of white-clad blokes throw balls at another set of white-clad blokes.  Sport, I’m afraid, has passed me by.  In school, I used to play left back in the hockey team solely because the bib had my then initials, LB, on.  Cross country running involved legging it to hide in the girls’ toilets.  I still can’t do a forward roll.

What I want, or rather feel like I need to do, is create one of those lists.  “50 things to do before you’re 50”.   I’ve found plenty of lists for items to achieve before you’re 40 but the 49 year old contingent seem remarkably quiet.  Are they secretly drafting lists which comprise of 1) buy Tena Lady, 2) buy health insurance endorsed by Michael Parkinson and get a free Parker Pen, 3) smother yourself liberally in aloe vera (just in case) and 4) put one of those Airwick air fresheners that look like a modern ornament in every room so you never have to put your back out opening a window ever again.

I’d love to know what is on other 49-ers bucket lists. And, leaving aside the obvious goals of raising happy, healthy children and preventing The Husband from running off with Carol Vorderman, here are some of mine.

There are many more completely random things I’d like to do but, 49-ers, I’d love to hear some of yours. I need inspiring.  Approaching 50 is a bit like being parachuted onto a completely new continent without a map. Or a parachute.