The lovely people at Fragata sent us some of their succulent olives, caperberries and capers to try, including Fragata olives stuffed with anchovy and Spanish caperberries. 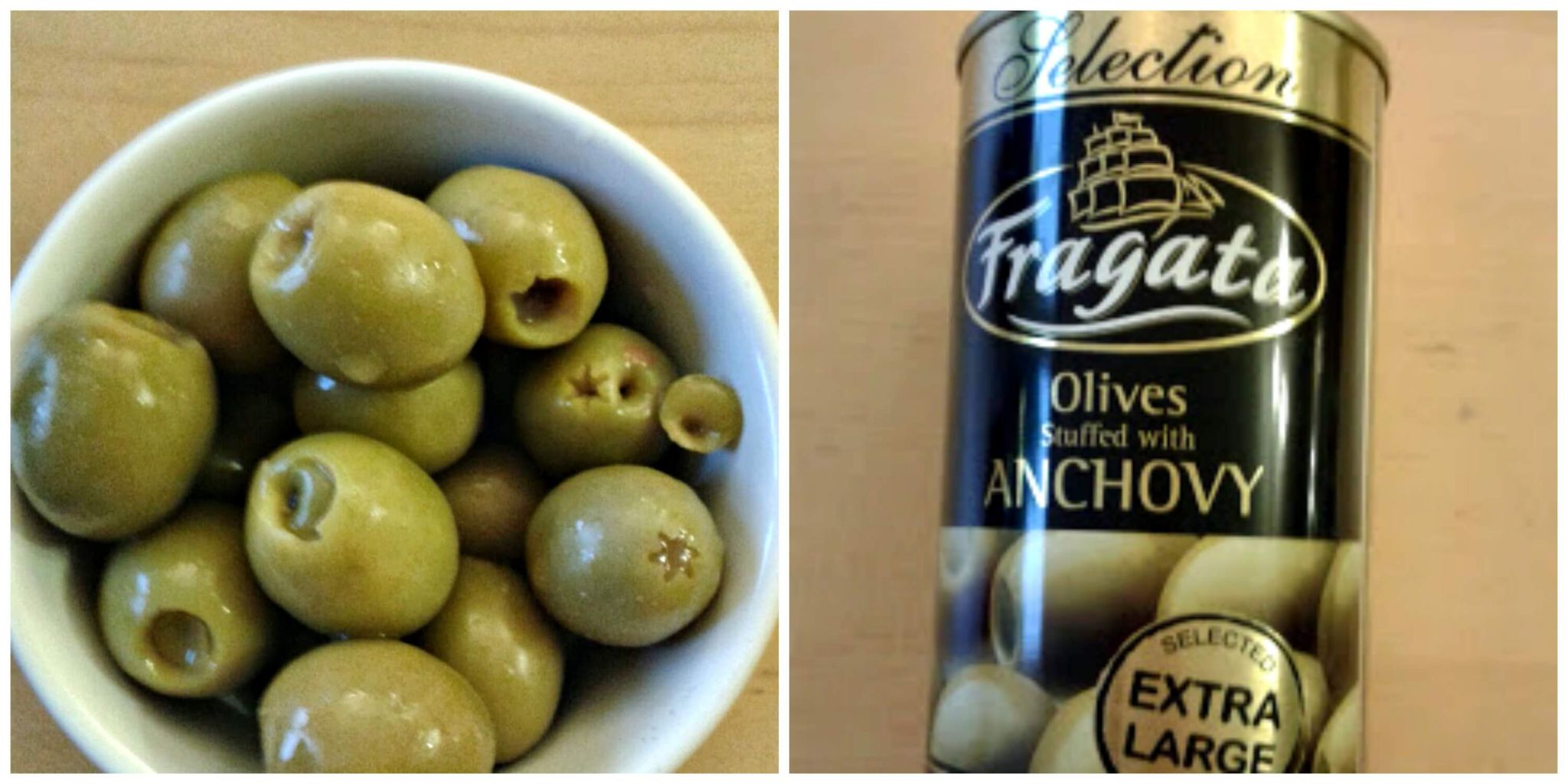 Now, hands up, the intention was that I would get all creative in the kitchen and I did think very seriously about knocking up something with a Mediterranean flavour.

This plan was scuppered in the first instance by the fact that, in this house, we love to snack on olives. Caitlin loves them too – possibly slightly odd for a 5-year-old but then, that’s the Hobbis household for you.

These were extra large olives stuffed with anchovies and very moreish they were too. Plus, I think olives should be classed as a superfood, being a key component of the Mediterranean Diet. 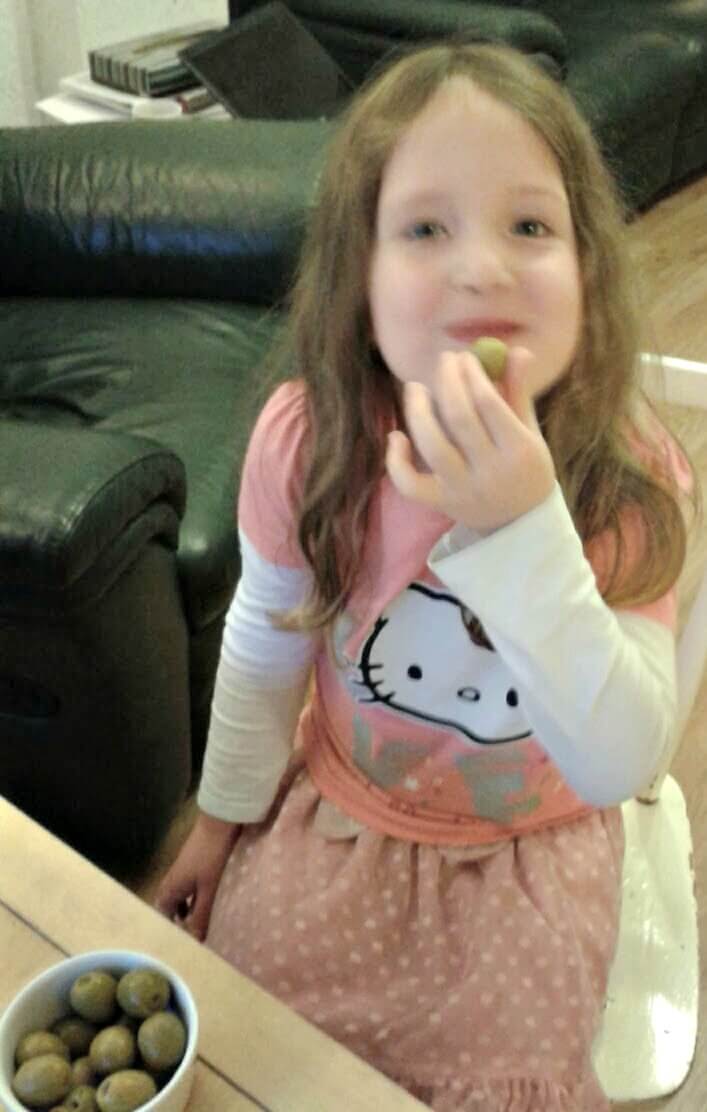 According to Patient.co.uk, if you follow a Mediterranean diet for a number of years, you can reduce your risks of developing heart disease, cancer, high blood pressure, type 2 diabetes, Parkinson’s disease and Alzheimer’s disease.

The Mediterranean Diet is rich in vegetables, fruit, peas, beans, grains and small amounts of chicken and fish. There is little red meat and most fat is unsaturated and comes from olive oil and nuts.  A small amount of red wine has also been shown to increase the health benefits.

We then progressed to the new experience for us that is …. the Caperberry. 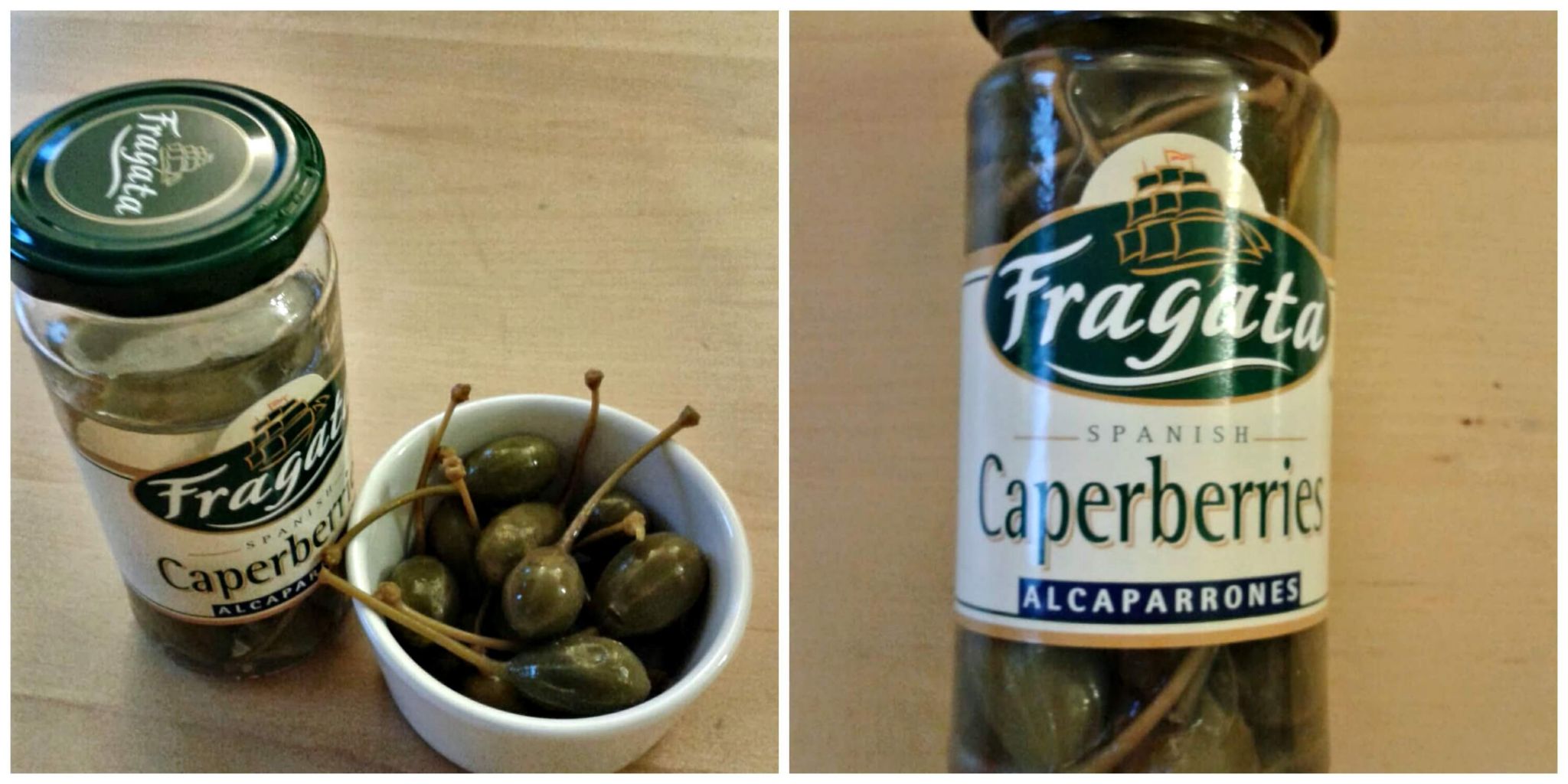 A Caperberry is, and I’m sure this will not come as a surprise, a berry from the Caper plant. They are oblong, semi-green fruits about the size of a grape.  They have a slight lemony taste but are much milder than capers, which are actually the immature buds of the same Caper plant.

You can use sliced caperberries in recipes which use capers for a milder taste. They taste tangy and have a surprising crunch.

I have seen recipes which suggest they could be cut in half and filled with cream cheese which I will bear in mind for canapes at my next candlelight supper (ahem).  To be frank, I suspect their natural home is at the bottom of a Martini glass.

Now, I did promise the folks at Fragata that I’d include a recipe so, since we’ve eaten the olives and I’m keeping the capers to task the Husband with knocking up something Mediterranean if he can be lured away from curry, here is a recipe which uses caperberries.

*PR samples were sent for the writing of this post.