Back in London for business again, the Inspector booked a room for one night at the 4 star Doubletree By Hilton Tower of London Hotel, largely because it is just walking distance from the City. The hotel is a 5 minute walk from London Bridge Tube Station and is situated in the heart of the Financial District, and close to the River Thames. 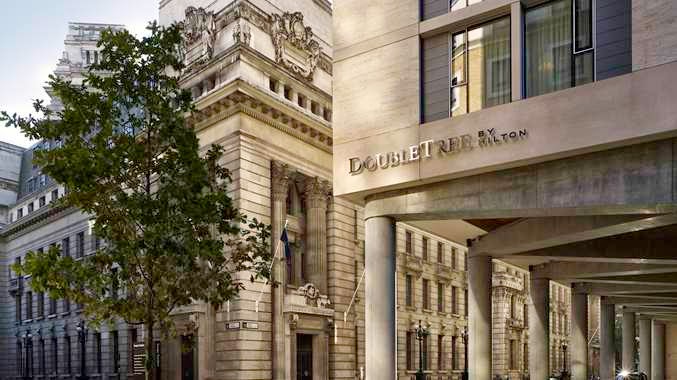 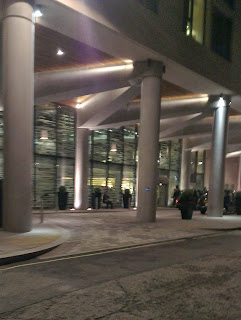 Doubletree By Hilton Tower of London Hotel by night

For tourists, the hotel is also ideally situated for St Paul’s Cathedral, the Tate Modern, HMS Belfast, The Tower of London and The Shard, as well, of course, as Tower Bridge itself.

Rooms are stylish and modern with “deluxe rooms” featuring complimentary WIFI, an IMac / PC Entertainment System with Skype. Walk in power showers and wall to ceiling mirrors are also included, as are a work desk and high level sound proofing.

Complimentary WiFi access is available in all public areas and the executive lounge and there is a fully equipped “Fitness Room”.

The Inspector had a double room on the 8th floor at a cost of £289 for one night (excluding breakfast). The room was very comfortable and the desk space allocated perfectly adequate. It was also quiet with no noise from outside traffic. 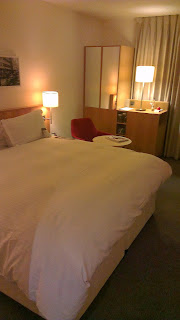 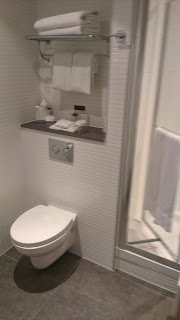 The bathroom contained a toilet and a walk in shower. There was a combined TV / iMac in the room which the Inspector found unusual, but not a problem as he is not a big TV watcher.

The hotel offers the “City Cafe Restaurant” which offers modern European cuisine, and the Lobby Bar but the Inspector opted to eat in “The Sky Lounge” which offers fabulous views of the Tower Bridge and 360 degree views across the London skyline. 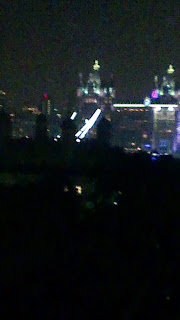 The view from the “Sky Lounge” 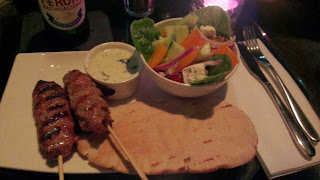 Lamb Kebabs in the restaurant

The bill came to around the £35 mark with the Inspector finding his favourite Peroni expensive at £6 for a small bottle (the price of a pint of draft Peroni at the Sloe Bar, Paddington is much less, at £4.70). The lamb kebabs, however, were delicious.

This was the Inspector’s first time at the Doubletree By Hilton Tower of London Hotel, but the hotel is within easy walking distance for lots of his customers in the City so he would certainly consider returning.

Great Escapes In The UK

One response to “The Reluctant Hotel Inspector: Doubletree By Hilton Tower of London Hotel”