Once, when Caitlin was just 5, she came back from school asking why her tummy was so big (it wasn’t). Apparently, she had been teased for clearing her plate at lunchtime.  To say I was horrified is an understatement.  Of course, the whole incident was underplayed and a family comparison of tummies made to reassure her, but the incident left me wondering – when does a child’s obsession with weight start and can we protect our daughters from what, at her age, is nonsense? Equally, what is the best way to prevent and cope with childhood obesity? 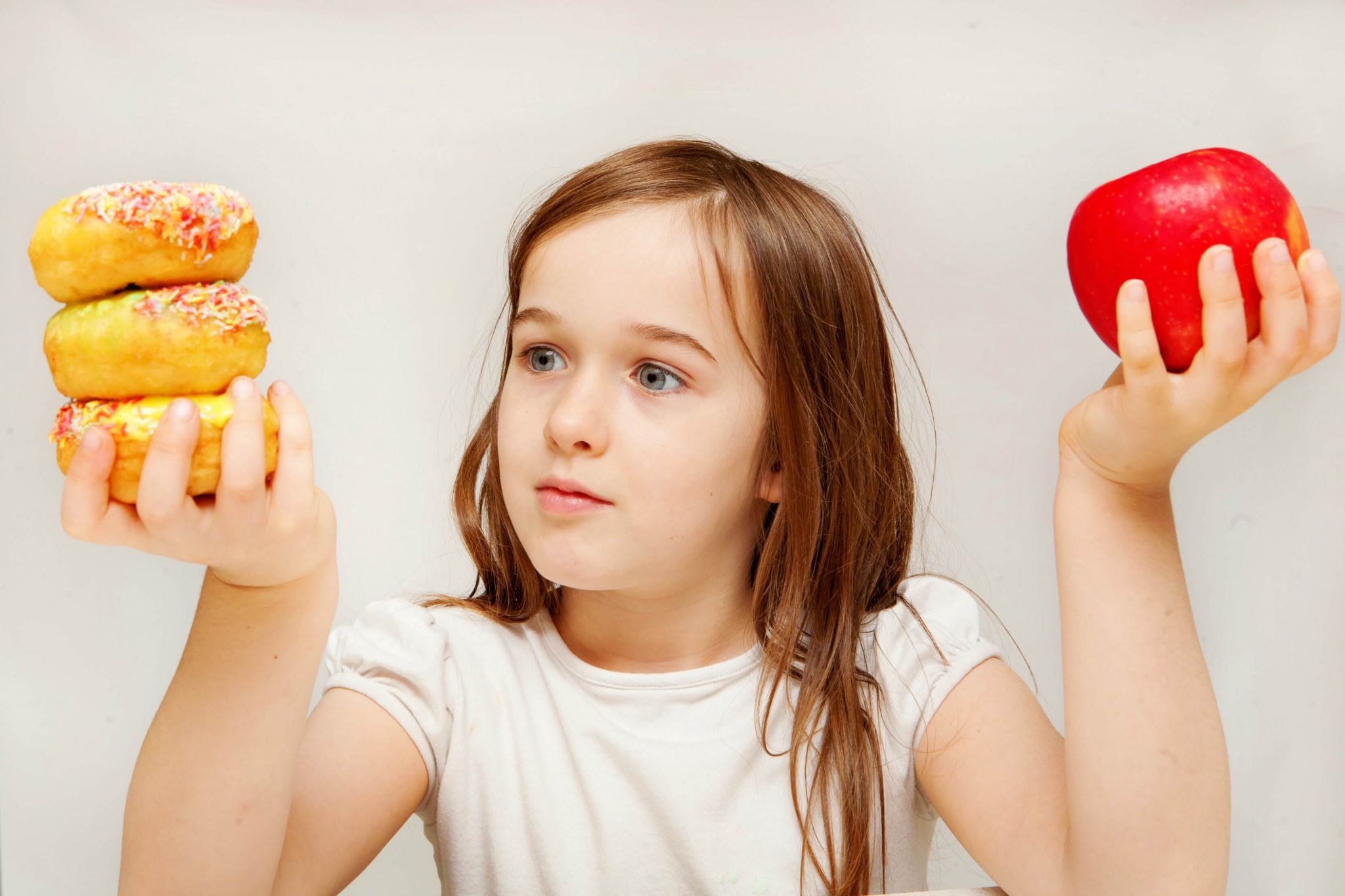 There’s no denying that the UK has a high level of childhood obesity and, sad to say, if you look at the parent, you can usually see exactly where the child has got it from – no, I don’t believe it’s genetic, more a product of the eating habits and the nutritional education parents give their kids.

I’m certainly not a glowing role model for healthy eating and I have previously written about the challenges I have getting my kids to eat food that’s healthy for them. I hate seeing kids wandering down the street early in the morning munching on crisps or chocolate for breakfast but what do you do if that’s all they will eat?

We could blame the Media for its constant obsession with celebrity weight loss. We could blame Disney and Mattel for the unrealistic body shapes they have given princesses and Barbie (except they look pretty healthy to me). We could blame the fairy tales we read where the pretty princesses’ only goal in life is to have a nice dress, a good pair of shoes and meet a prince (sadly I know plenty of women in their 40’s who still believe that one!). But who buys the magazines, reads the stories and turns the TV on?  We do!

As a society, we are very blame-orientated these days without really wanting to examine our own parenting skills too closely. As kids, we were allowed sweets at the weekend, cake at tea only if we’d cleared our plates and then eaten bread and butter and we always ate at the table. A Sunday treat was sitting around the coffee table in the ‘living room’ (lounge) with sandwiches watching the Sunday drama (usually something turgid by Sir Walter Scott) and, later, The Clothes Show.

We never went to restaurants unless we were visiting the grandparents in Plymouth and then it would be Wimpy (remember Rum Babas?) or “The Golden Egg”. There was also the Mallard Cafe on Plymouth Hoe where you could sit on a promenade overlooking the sea and they served lemonade and cupcakes.

Later, my mother used to take my sister and me to Marments (in Cardiff), an old-fashioned clothes shop on two floors which had an Edwardian style lift with mirrors, fountains and a circular coffee bar which served limeade so green it looked nuclear and was so fizzy it gave you a headache.  We’d drink this while munching a Danish Pastry.

As I said, I’m no nutritional role model!  Like most aspects of parenting so far, I think I’m going to have to play the weight issue by ear.

Where do you stand on the issue of childhood obesity?