Fathers Will Be Able To Share Parental Leave from April 2015

Another day, another ‘sound bite’ policy from the Government – this time we hear that, from April 2015 fathers will be entitled to shared parental leave. A couple will need to tell their employers how they plan to share their leave eight weeks before it starts. They will then have the right to change their proposals twice during the year long leave. 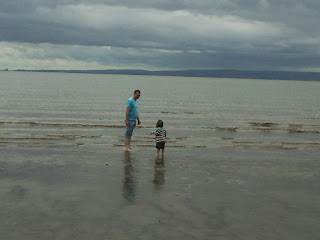 Bosses will have to agree any proposed schedule of time off and will be able to insist that it is confined to a continuous block. Dads to be will also have the right to unpaid leave to attend up to two antenatal appointments.

Now, leaving aside the fact that, at least in my experience, male and female employees are often not treated equally when it comes to management’s attitude toward their taking time off, and the fact that small business owners must have their heads in their hands, I’m not sure whether in an economic climate still as precarious as ours, this policy is tenable.

Many businesses may pay lip service to ‘Family Friendly‘ policies, however, when it comes to career progression and security, one suspects that those employees who exercise their new rights may find their rise through the ranks decidedly impeded.

For examples, many large companies are currently engaged in actively buying goods and services to coincide with the end of their budget year. Many small companies are competing by submitting proofs of concept and tender documents (usually followed by a sales presentation). Employees of either sex will not find much favour if they are not there to support their team members during key prospective sales periods. Taking time off for a scan when there is a tender presentation in the offing is likely to dent your popularity with staff and management. And here’s where employer / employee relations are likely to suffer – note that the boss must approve the proposed schedule of absence.

Heaven knows it’s tough enough for women who take the full year of Maternity Leave (six months’ paid, six months’ unpaid) who return to work. Return after six months and you can have your job back. Return after a year and you are entitled to return to your job unless there is some reason why it is not reasonably practicable for the employer to take you back in your original job in which case you are entitled to be offered suitable alternative work on similar terms and conditions. (Source: Equality & Human Rights Commission)

And in most of the law firms I worked for, you could forget it if you thought you were going to return to a part time job. Part time was practically a dirty word and I have worked for firms who would ensure that a part time workload was equal to a full time one shoehorned into reduced hours!

Actually though I think that focusing on getting businesses to increase the number and calibre of part time roles would be of much greater benefit to working mothers and those mothers who find returning to work after more than a year away from the workplace so difficult. And what about single mothers who have no partner to support them?

Let’s focus on decent part time work provision and, the elephant in the room that has been neatly side-stepped today, the cost of childcare in this country.

Because it’s not so much our parental leave we’d like our partners to share, is it?  It’s when our children enter education that we could do with more support.

Dad a Whizz in the kitchen? Oxo…

Parenting 101: Helping Your Kids Find Their…