What better way of spending a cold and blustery Saturday afternoon than cocooned in The Sherman Theatre’s Arena whilst the kids are held spellbound by the puppetry and song of “Corina Pavlova And The Lion’s Roar” at Cardiff’s Sherman Theatre. All the more satisfying for The Husband is the fact that kick off for Wales -v- South Africa is not till 5 pm. We managed to find a car parking space in the nearby Dumfries Car Park and skate in with ten minutes to spare before the production starts. 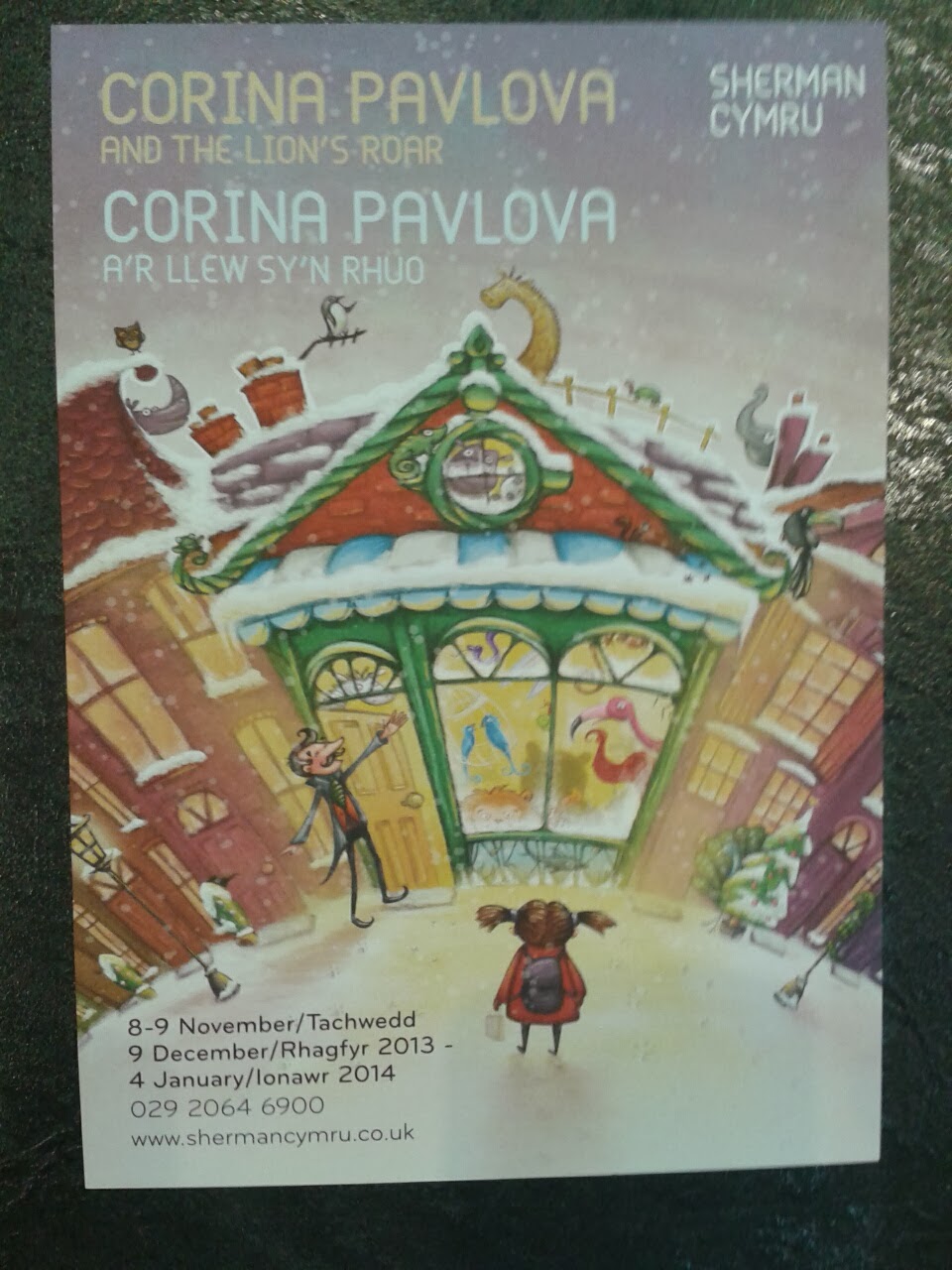 “Corina Pavlova And The Lion’s Roar” (written by Elen Caldecott, translated by Branwen Davies and produced with both English and Welsh performances) is the delightful story of a young girl who feels displaced by the birth of her brother and seeks a pet to play with rather than accept her new playmate. The help of strange pet shop owner Mr McAlistair is enlisted to find Corina a pet. Unusually, in this pet shop, the pets are allowed to select their preferred owner.

The stage was simply set and the cast comprised three actors who sang, danced and played a variety of musical instruments – the clarinet, the flute, the recorder, the xylophone and the accordion. The pets were conjured up by means of costume and puppetry. 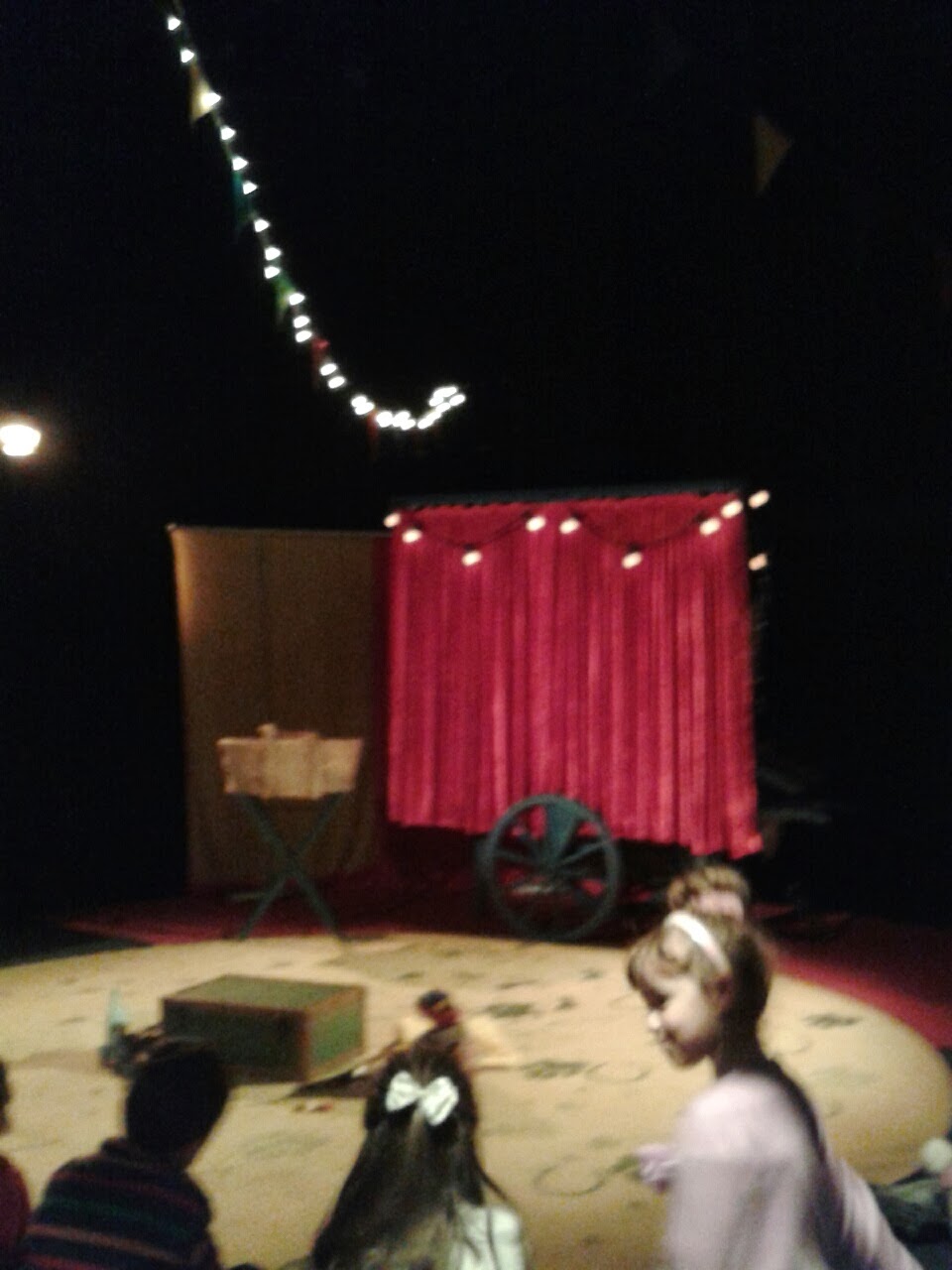 Aimed at 3-6 year olds,Caitlin and Ieuan really enjoyed this show which had enough mature references to keep the grown ups happy and just the right amount of audience participation from the kids. I liked that, as with the previous production reviewed, Boing, there was a distinct and universal message in the piece. Here it was the upset that a new sibling can cause in a tight knit family group and the process of adjustment. 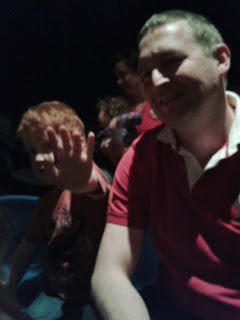 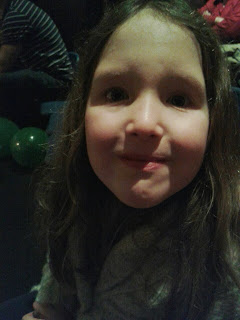 I won’t spoil the ending but suffice it to say that the lion’s roar is an excellent metaphor for this upset and the audience help Corina to finally accept that her family unit now comprises four, and not three people. As we drove home two little voices came from the back seat – “what show are we going to see next mum?”.

Corina Pavlova runs from Monday 9 December 2013 until Saturday 4th January 2014, with performances in both English and Welsh. Tickets are £7 and there are no booking fees.

We are looking forward to a forthcoming production, “The Sleeping Beauties” The Sherman’s Christmas show which is an adaptation of the much-loved fairy tale with a twist. Aimed at the over 7s, the tale deals with the themes of friendship and, very topically, what it means to “be beautiful”. 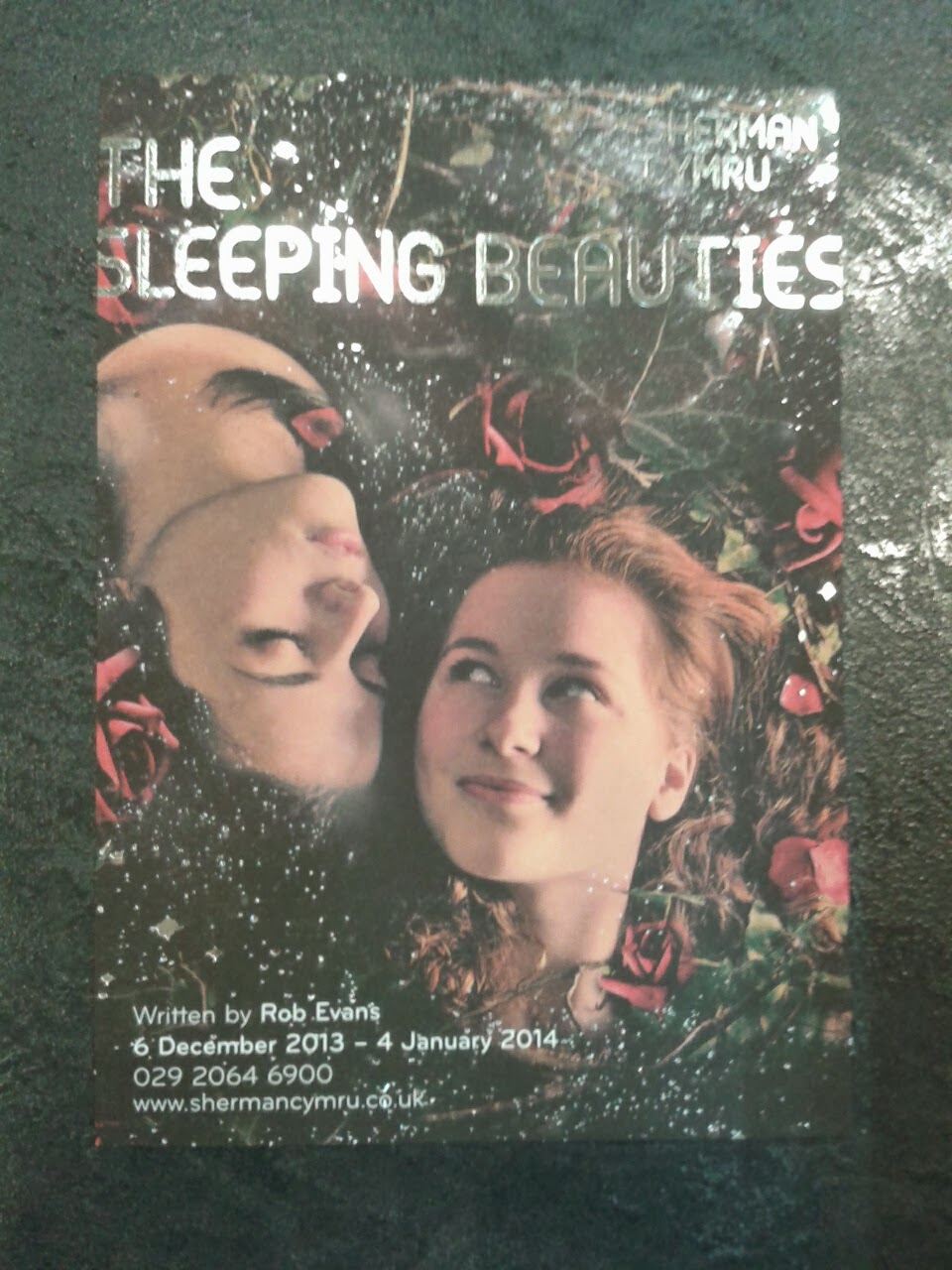 “The Sleeping Beauties” runs from Tuesday 10th December 2013 until Saturday 4th January 2014. Tickets are £15-£25 for grown ups and half price for the Under 25s. Again, there are no booking fees.

Further information is available on the Sherman Theatre website. Alternatively, phone the box office on 02920546900.