An article in The Daily Mail (26/11/2013) entitled “OUCH! Average child’s Christmas list adds up to nearly £900 – and a third believe they’ll get every single thing on it” left me feeling distinctly unsettled.

It seems, according to this article at least, that the average child receives a hefty, and in many parts of the UK surely unbelievable, £207 worth of presents.

Are we really raising a generation of materialistic, greedy youngsters who, as my parents would say, know the cost of everything but the value of nothing?

What has happened to parenting when the purse strings are seemingly controlled by the offspring? 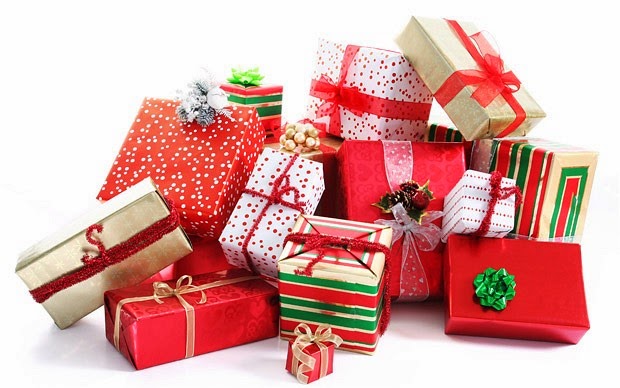 What is really going on here?  Christmas advertising seems to start earlier and earlier with John Lewis, Debenhams and Marks & Spencer all taking each other on for the “Christmas ad of the year”. The supermarkets all compete to give us tables groaning with high-calorie treats and drinks, with each promoting a cutesy backstory (handsome Mr Iceland takes giggly ingenue to a party for example).

There is literally no escape from Christmas merchandising and marketing. Even if you turn the TV off, shops are groaning with Christmas themed confectionery and gifts.

In a Twitter Party conversation last night with Tots100.co.uk (@tots100) which runs a well-respected index of UK parenting blogs, and comparison website Go Compare (@gocompare), several parents said they felt that £50 to £100 was quite sufficient to spend on a child, with some saying that £270 constituted their entire Christmas budget.

It must be soul-destroying if you are struggling financially to have the added burden of child-induced guilt as they request the latest computer gizmo or branded toy. You can see why people are so tempted by payday loans with their catchy advertising. Both my children recognise the Wonga old people and think they’re ‘funny’. I don’t find APRs of 5853% particularly amusing.

The Government has said it will introduce a new law as part of the Banking Reform Bill to cap the cost of these loans. This level will be decided by a new industry regulatory, the Financial Conduct Authority (FCA). As yet, we have no idea what this cap will be or whether it will be effective in helping those who quickly find themselves in over their heads when they cannot pay off these loans as quickly as they had anticipated.

It’s funny really because the old fashioned skill of ‘housewifery’, apart from having had a mild renaissance and a new cupcake and retro apron image, has always been slightly looked down upon. But the related skill of maintaining the household budget (and sticking to it) must surely be worth its weight in gold.

It became clear from last night’s Twitter chat that some parents had their budgets by the horns and were actively seeking out the best rates for savings and credit and benefiting by canny use of cash-back and comparison websites. I came away with the realisation that managing your money, particularly at Christmas, HAS to be an active and not a passive activity. No wonder Martin Lewis shouts. It’s so easy to put your head in the sand.

When I was a child, my sister and I would always receive one ‘main’ present and a couple of smaller ones from our parents which would be supplemented by gifts from grandparents, uncles and aunts. But what I remember more than anything else was the stocking my dad would meticulously prepare for us both every year.

It was always one of his old walking socks and there was always an apple, a satsuma, one or two walnuts or hazelnuts and a small novelty gift (one year it was a cap gun which we both loved) but, the ultimate in decadence was the small tube of liqueur chocolates he always included. I can still taste the shock of a mouthful of sherry followed by the sweet, gritty chocolate.  I hasten to add that we were of a respectable age for such adult treats.

As for the ‘main presents’, do you know that, apart from an Action Girl doll one year and a Sindy doll another, I honestly can’t remember a single one.

Makes you think, doesn’t it?

How much do you think is acceptable to spend on your children? I’d love to know.