Chancellor George Osborne will announce in his Autumn Statement this Thursday (5th December) a proposal to give married couples a tax cut worth as much as £150 a year. And David Cameron has hinted that, if the Tories win the next election, there may be even bigger tax breaks in the pipeline for those who have gone down the aisle. 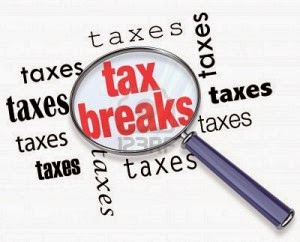 The Lib Dems are against the move which will cost as much as £700 million on the grounds that it penalises single parents, widows and cohabiting couples.

David Cameron said: “We will be making this change to back marriage in the tax system. It’s a change I strongly support. It’s very similar to what we set out in our manifesto. It’s something I have long wanted to do so I am pleased we will be achieving it. I believe in marriage. I believe marriage should be recognised in the tax system. I see this as yes, a start of something I would like to extend further”.

Under the new proposals, one member of a married couple or civil partnership will be allowed to transfer £750 of their tax-free personal allowance to their partner. This would be worth about £150 per year to basic rate taxpayers.

This proposal fails, needless to say, to curry any favour with “Don’t Judge My Family”, the campaign against the marriage tax allowance who do not believe that the Government should be spending public money promoting what they see as their “ideal fantasy 1950s family’ and have produced a report detailing what they see as more practical options for the £700m this proposal will cost the Government.

They suggest ideas such as increased access to relationship counselling, cancelling proposed cuts to benefits for widowed parents or scrapping the Bedroom Tax which, they say, is causing stress and misery for hundreds of thousands of individuals and families but is predicted to save only £470m a year.

Whatever your personal views about marriage, in my view anything which helps to shore up the family unit should be seriously considered – but in a way that does not penalise those who do not see marriage as relevant to them.

Perhaps instead of relationship counselling, the Government should consider parenting classes because, irrespective of how we choose to declare our commitment to our partners, it is surely good parenting which helps a family unit to bond, whether or not the marriage bonds have been broken or indeed existed in the first place.