Somebody has apparently moved Spring. After the Biblical flooding parts of the UK suffered this year, at least we can show a modicom of British-style happiness now that the sun has appeared (even in Cardiff).

This happiness is chiefly demonstrated by a celebratory visit to Homebase and hosing down the barbecue. But I have spent the last few weeks being confused as to when the first day of Spring is. Today is the Spring Equinox and I’m pretty sure it’s today and not, as the Daily Mail (with its general reliance on research carried out by Brian, the Confused.Com robot), claims the 1st of March. Sadly, many people don’t know their equinox from their Ultravox.  Less a case of understanding science and more a case of “goodnight Vienna”.  I haven’t seen Midge Ure on the TV for ages but the last time I did he was sporting a beard and grizzling slightly about his role in the Band Aid video.  Happy days. 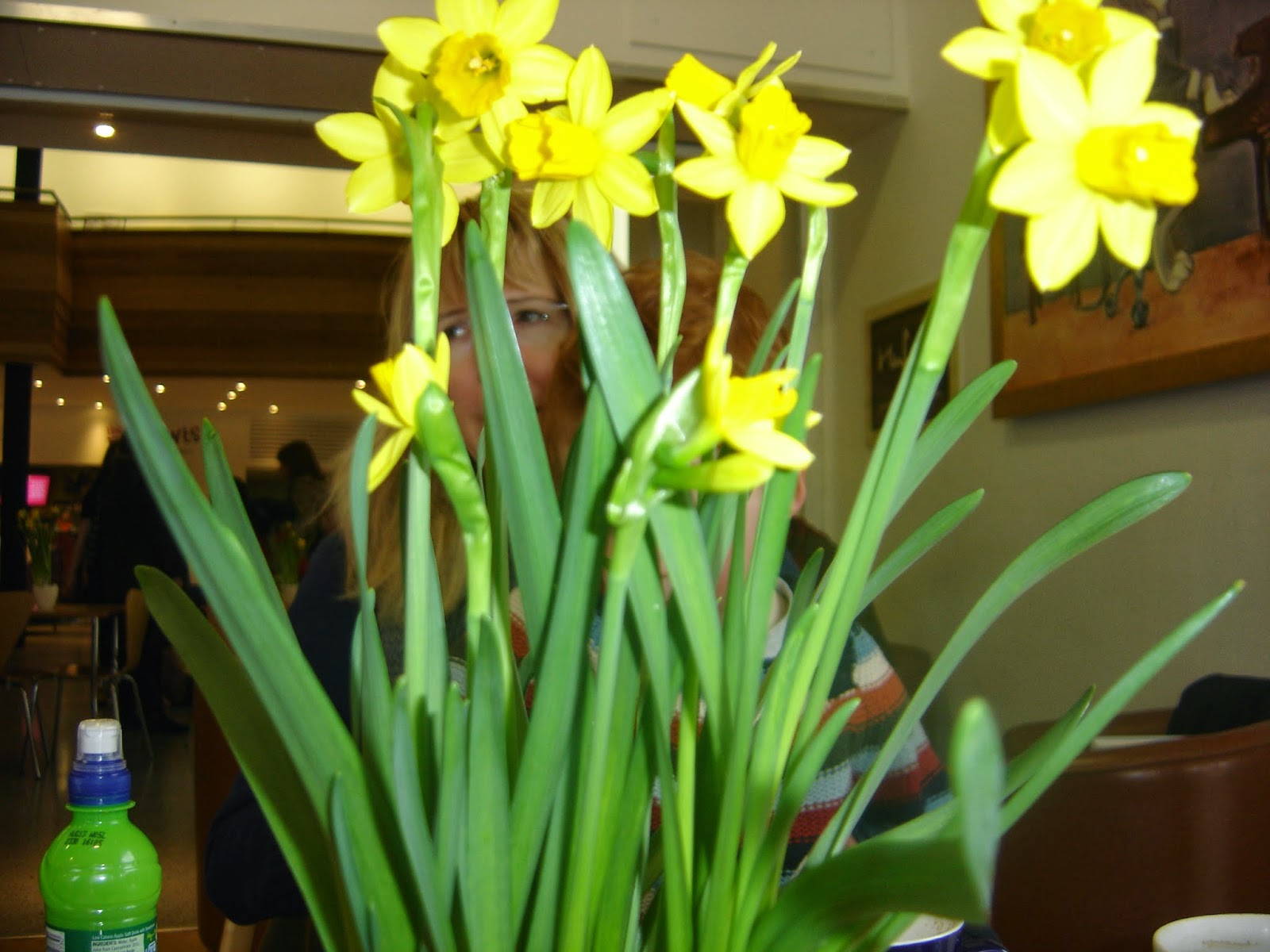 Ieuan & I in full combat mode in the Millennium Centre, Cardiff

I have to say, though, my science knowledge is dreadfully rusty. Yes I know I could google it, but that takes the fun out of it, doesn’t it? Plus you miss the opportunity to wind the kids up royally. This week, for example, Caitlin has asked me how condensation works (it hangs around on window panes and creates mold on netting) and whether ducks eat yoghurt (obviously not because you wouldn’t get a webbed foot in a Muller Yoghurt pot, particularly the corner bit with the fruit puree).

And, I have not been feeling all that well. As the clock ticks down to my 50th, I appear to be collecting a new raft of physical ailments which will fully justify, come 28th May, taking to my bed in a starched Victorian nightdress, wafting an embroidered hanky at all and sundry and demanding, alternatively, gruel, smelling salts and my tonic (Amaretto or Baileys, since you’re asking). The family will be photographed looking suitably glum at 4 o’clock every Sunday huddled in our bijou sitting room, where the husband will sport a tweed suit, fob watch and monocle. Letters of sympathy will be written and the 1812 Overture will be played on the gramophone to cheer everyone up.  (How can you go wrong with cannons?).

The Sybil (my walking companion and font of vast tomes of slightly odd information), has already told me to get a grip and that I’m lucky not to be in a far greater state of decay at my age.  Which is nice. I think I will have to recover, not just for the family but because if there is one substance which fills me with dread and makes me heave just thinking of it, it’s Gaviscon. Actually, I’m amazed nobody has named their son that yet. Sounds a bit French.

As they say though,  it’s an ill wind that blows nobody any good.  Particularly mine.