I remember, in the 1970’s having a facial scrub brush which was a simple battery-operated device that would cheerfully exfoliate the skin.

It got abandoned in due course because I found that a heavy-duty scrub, like Apri (an apricot shell scrub), would do the job just as well.

And, in those days I had young, healthy skin which didn’t require much more than a light buffing. 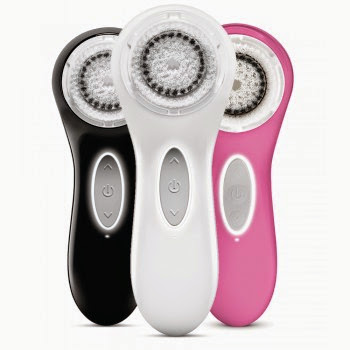 Fast forward to today, just seven weeks short of my 50th birthday and my, how things have changed.

Two young kids (aged 6 and 4) both born in my mid-forties have created, understandably, a massive shift in my beauty routine.

What used to be a regular cleanse, tone, moisturise routine has now been generally reduced to a quick spruce up with a facial cleansing wash, removed with a flannel twice a day.

I’ve always been quite careful to avoid the sun so I don’t think I am too wrinkly but the healthy glow I used to have has vanished in favour of making sure the kids do their teeth and getting them either out of the door or into bed on time.

The opportunity to test the Clarisonic Aria from www.currentbody.com came just at the right time.

And it is a seriously sophisticated piece of kit.

Fully rechargeable, portable and programmable, the Clarisonic cleanses up to 6 times more
effectively than washing your face by hand.

It has three speeds and comes with its own drying stand which also becomes a charging unit by addition of a magnetic USB charger.

I love to read beauty blogs but am often deeply suspicious at ‘rave reviews’; by the time you get to 50, you have used a lot of products and generally feel that there is little new under the sun(screen)!

But, cynic that I am, I have to say I noticed an immediate improvement in the tone and colour of my skin.

I haven’t worn foundation for ages so friends and family are used to my slightly less than fresh pallor but my hubby remarked (without prompting) that the Aria had given my skin a healthier tone. 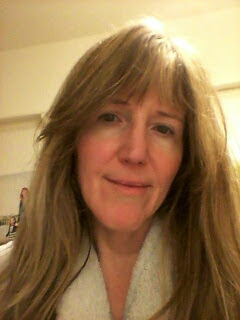 My skin looks better than it has in ages.

The brush is very easy to use and has timer settings to guide you.

In your kit, there is also a sample size of refreshing cleansing gel which has lovely fresh
smell and lathers up with just the smallest amount.

It is recommended that the brush head (which is detachable) should be changed once
every three months or so.

I agreed to test the Clarisonic Aria for a period of 5 weeks after which the brush would either be returned or purchased at a discounted price.

This seems to me an entirely sensible approach to testing a product like this because it is easier to be truly objective when you are considering investing in your beauty routine.

The Aria retails around the £155 mark, however, being a fan of spa treatments, it was easy to compare against the price of a good facial which, here in Cardiff is around the £70 mark.

Frankly, the results given by the Aria after just a couple of uses are better – and I
just used it once a day, whereas it can be used morning and night.

I quickly got used to cleansing with the Aria each morning and would now loathe to part with it, such is the difference it has made to my skin.

I also think that proper cleansing has made my moisturiser work better and the discipline of having a routine again, albeit one that finally fits in with the kids, has made me want to take better care of my complexion.

Another knock-on effect is that my improved skin has made me more enthusiastic about using make-up again – a light BB cream and blusher – because a heavy foundation is simply not needed.

If you have become lost in the mire of new cleansers and the latest high tech ingredient, my advice would be to try the sonic power of the Clarisonic Aria because you may find it’s not the cleanser that makes the difference, it’s the cleansing technique.

And, for the price of a couple of salon facials (and far less than some of the top of the range moisturisers and cleansers), the Clarisonic Aria is an incredibly cost-effective way to get great skin.