We were lucky enough to win tickets to a Hamleys Safari Party, so Caitlin, Ieuan and I went along ready to enjoy ourselves at the Cardiff branch of one of the World’s favourite toy stores. 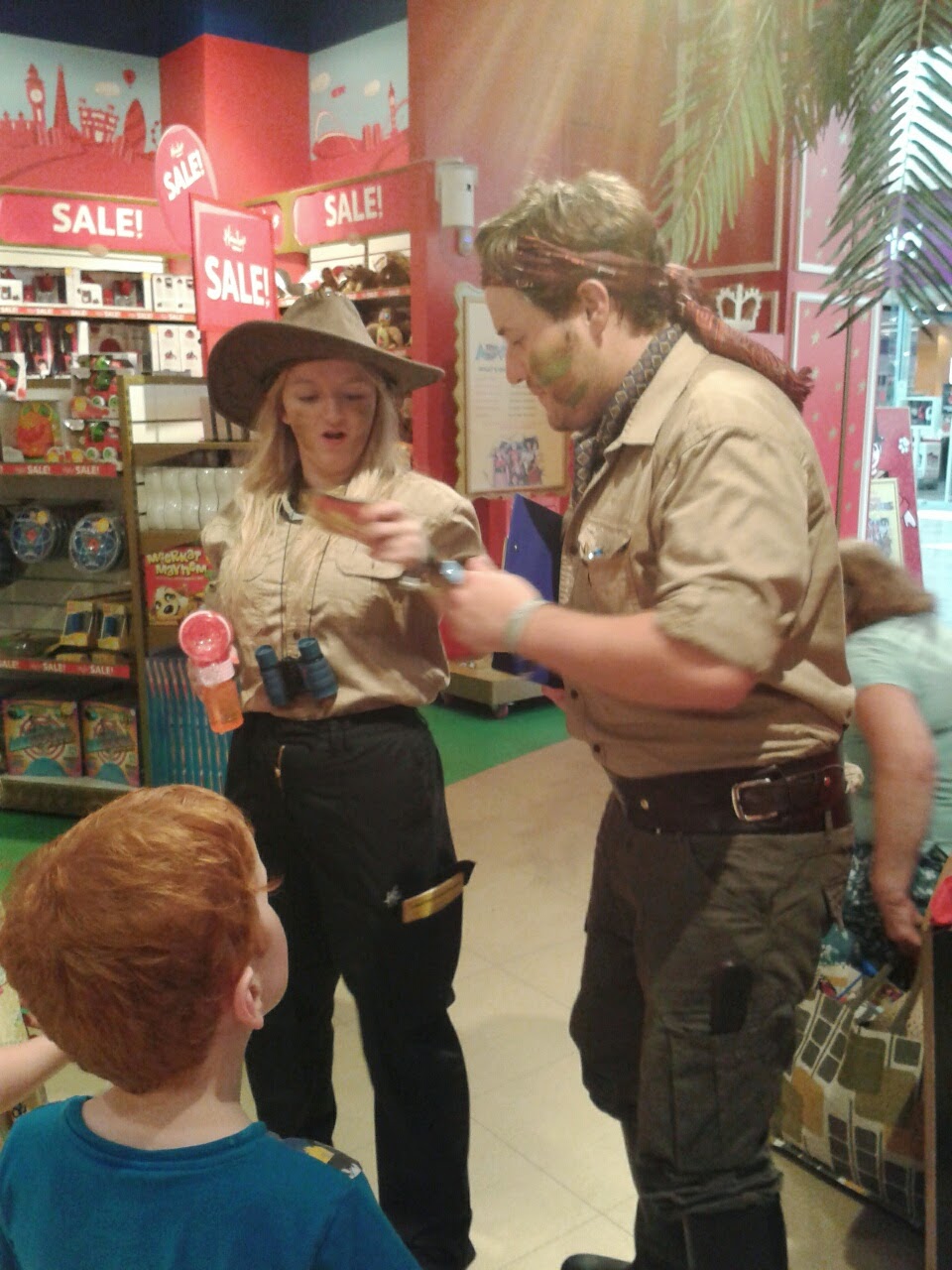 Barnaby and Matilda meet the explorers 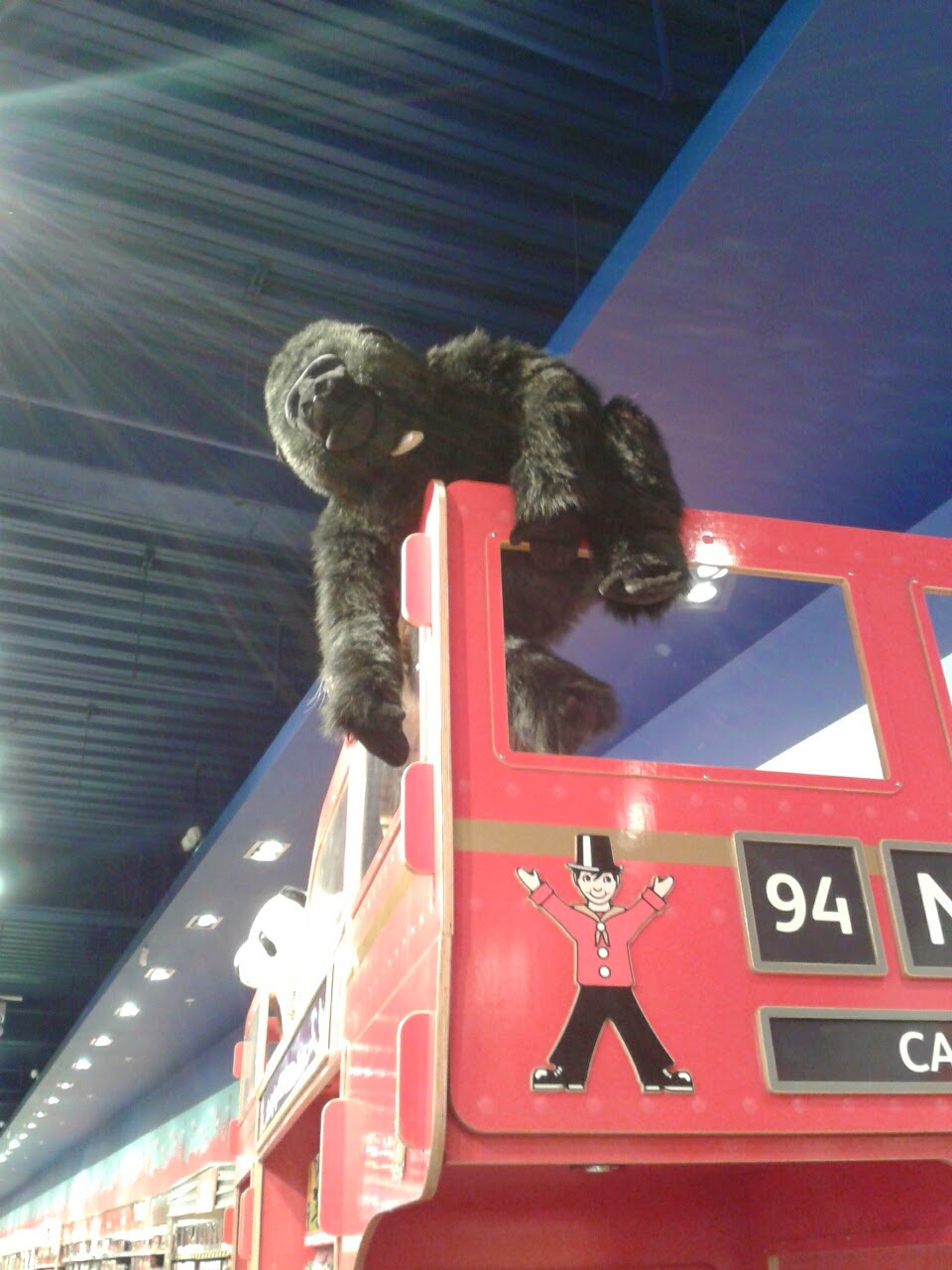 The animals were everywhere

We were met by explorers Barnaby and Matilda and the brave party, comprising six children and their bemused mothers, started our adventure with a treasure hunt which had the kids charging around shouting madly in their quest to find the clues. 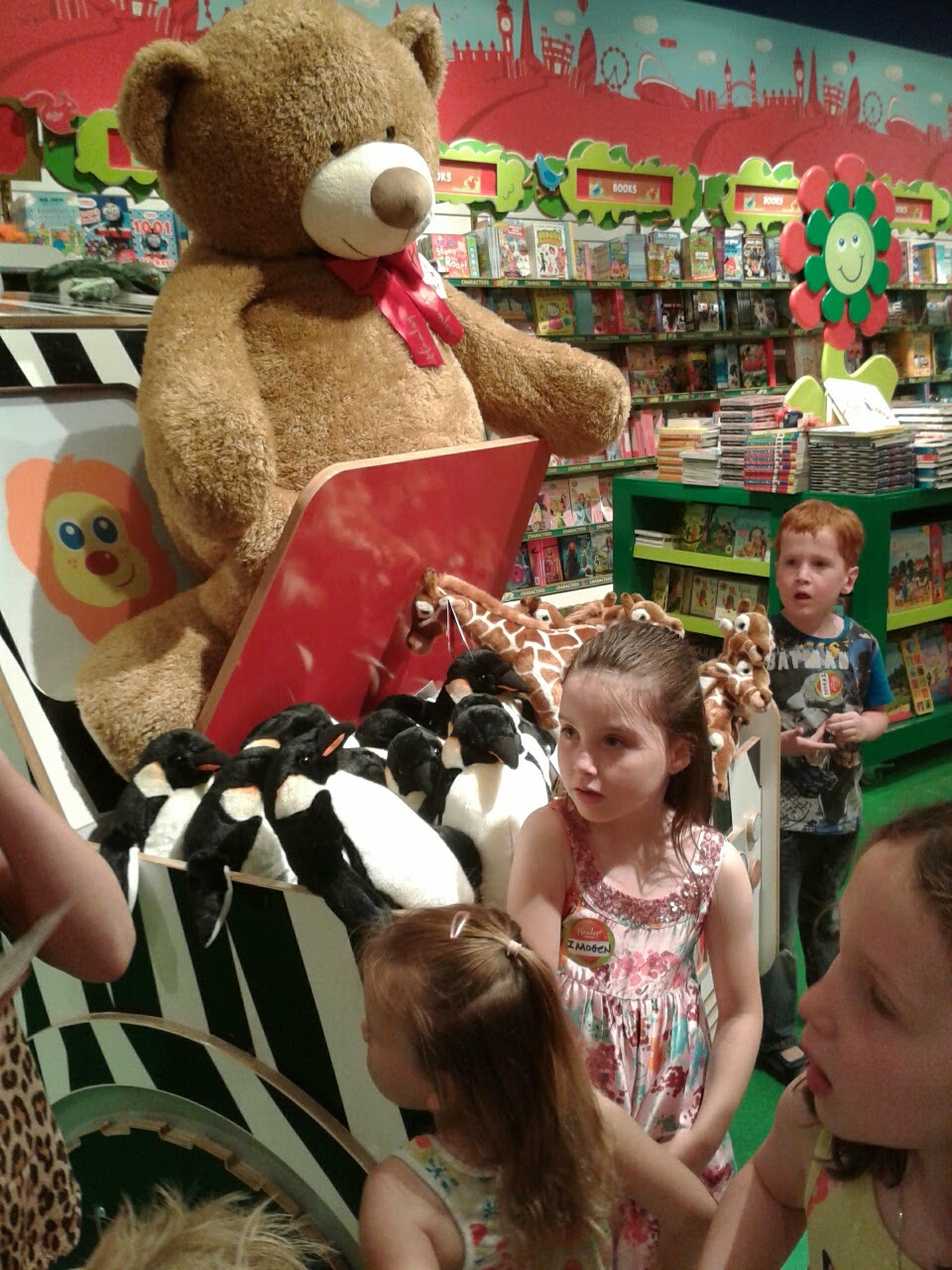 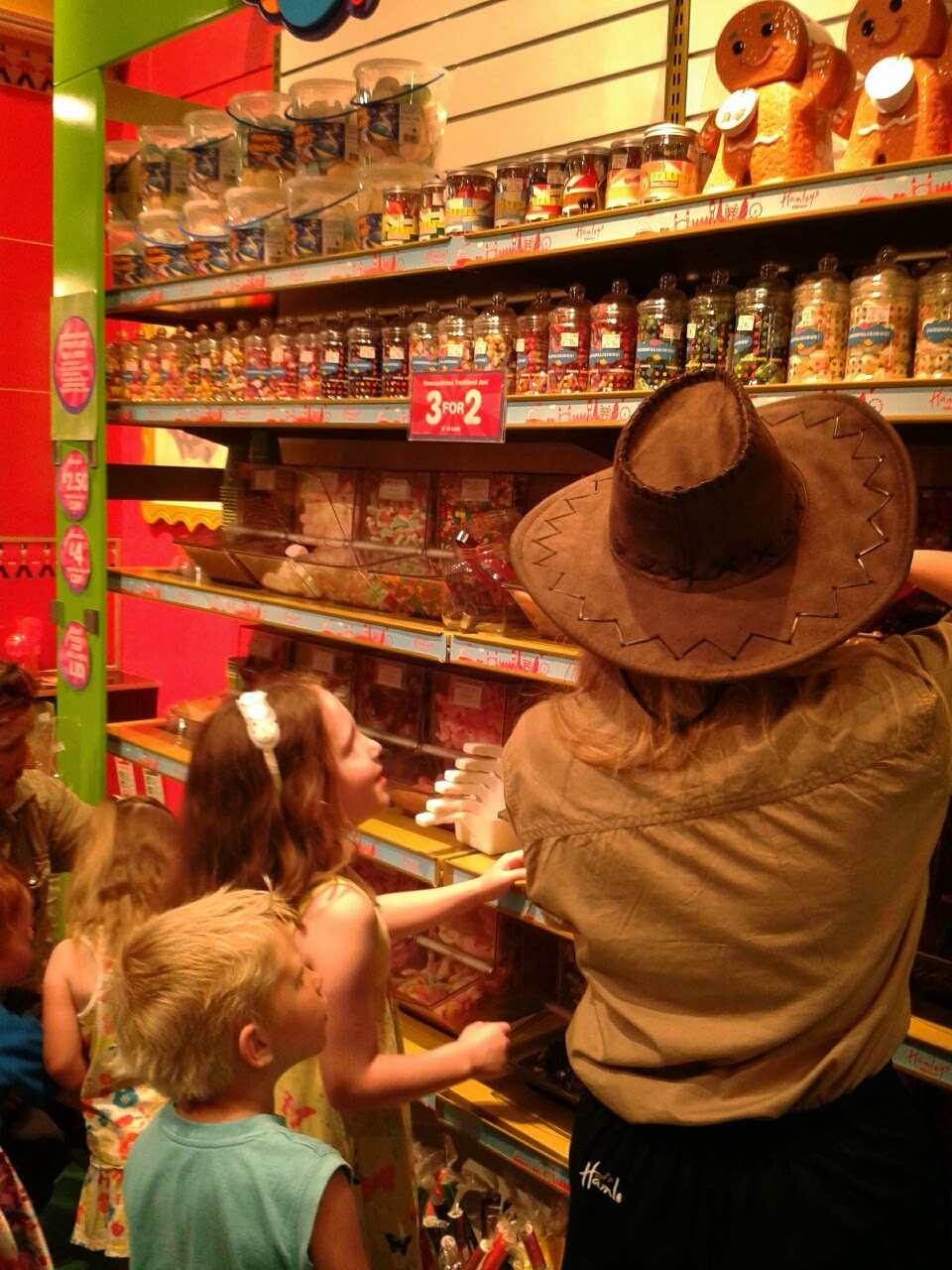 I remember my first visit to Hamleys in London in the 1970s and being completely overawed by the vastness of the store and the incredible amount of toys.

Today’s children are a lot more sophisticated and toys have progressed a lot since the Sindy, Barbie and Action Girl dolls of my youth.

In those days a slinky was considered a high tech gadget! Hamleys has lost none of its charms and now you can even have a birthday party in a private (and well air-conditioned!) room at the back of the store.

The treasure hunt culminated in a stop at the Pick ‘n’ Mix Sweets where ‘supplies’ were duly obtained for the long journey through the store to the party room which was guarded by a fierce pirate. 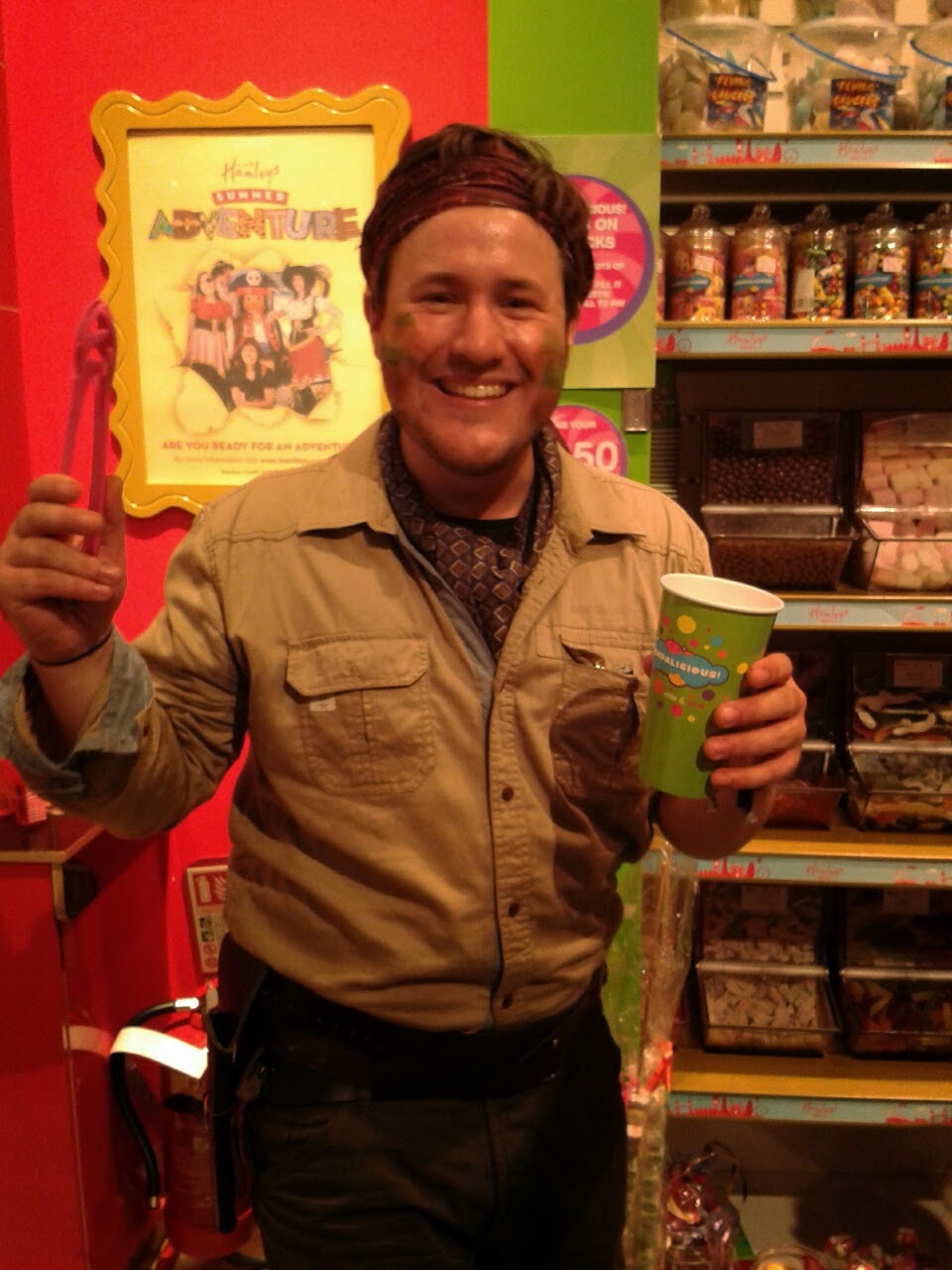 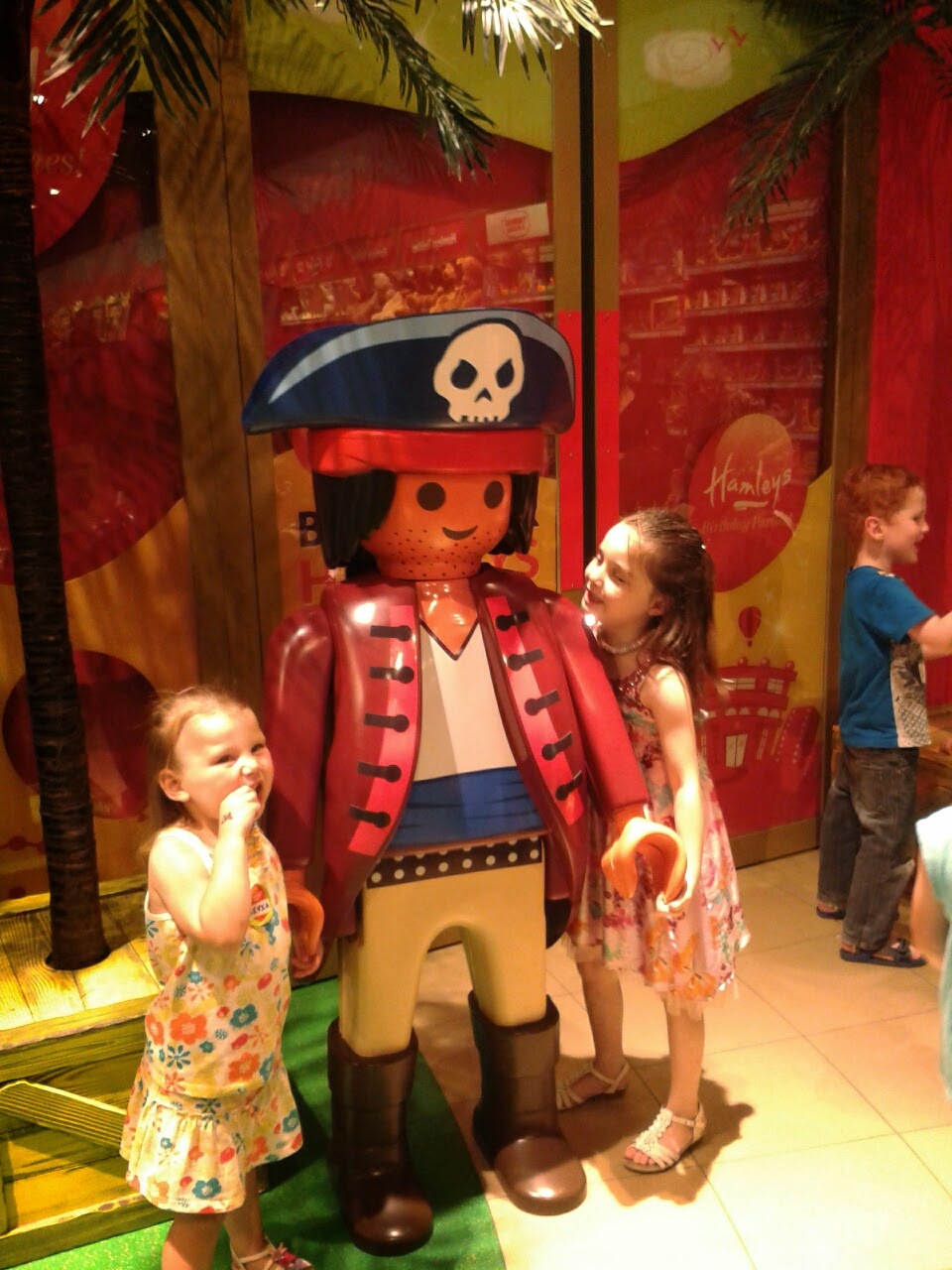 The party room was set up with a table and numerous furry guests. There were sweets, crisps, drinks, crafts and, of course, a DVD of Frozen (from which there appears to be no escape) playing in the background. (Note: full party hire includes party food and a birthday cake).

There were disco lights, a dance floor and soft bean bags to relax on. I have to say, now being a veteran of most of the party offerings in Cardiff, it was one of the nicest party rooms I’ve been in. On one of the hottest afternoons of the year, the air conditioning was extremely welcome! 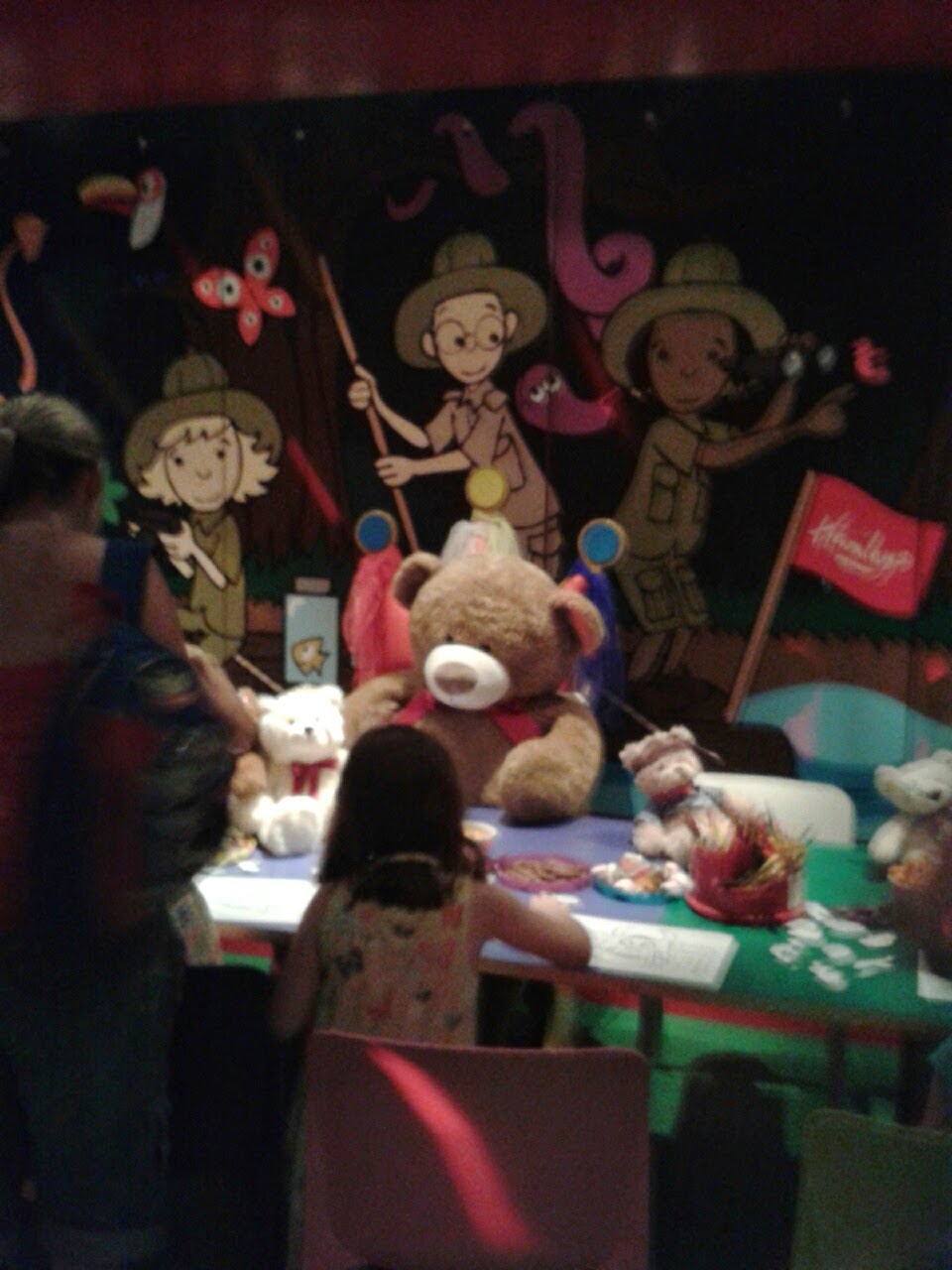 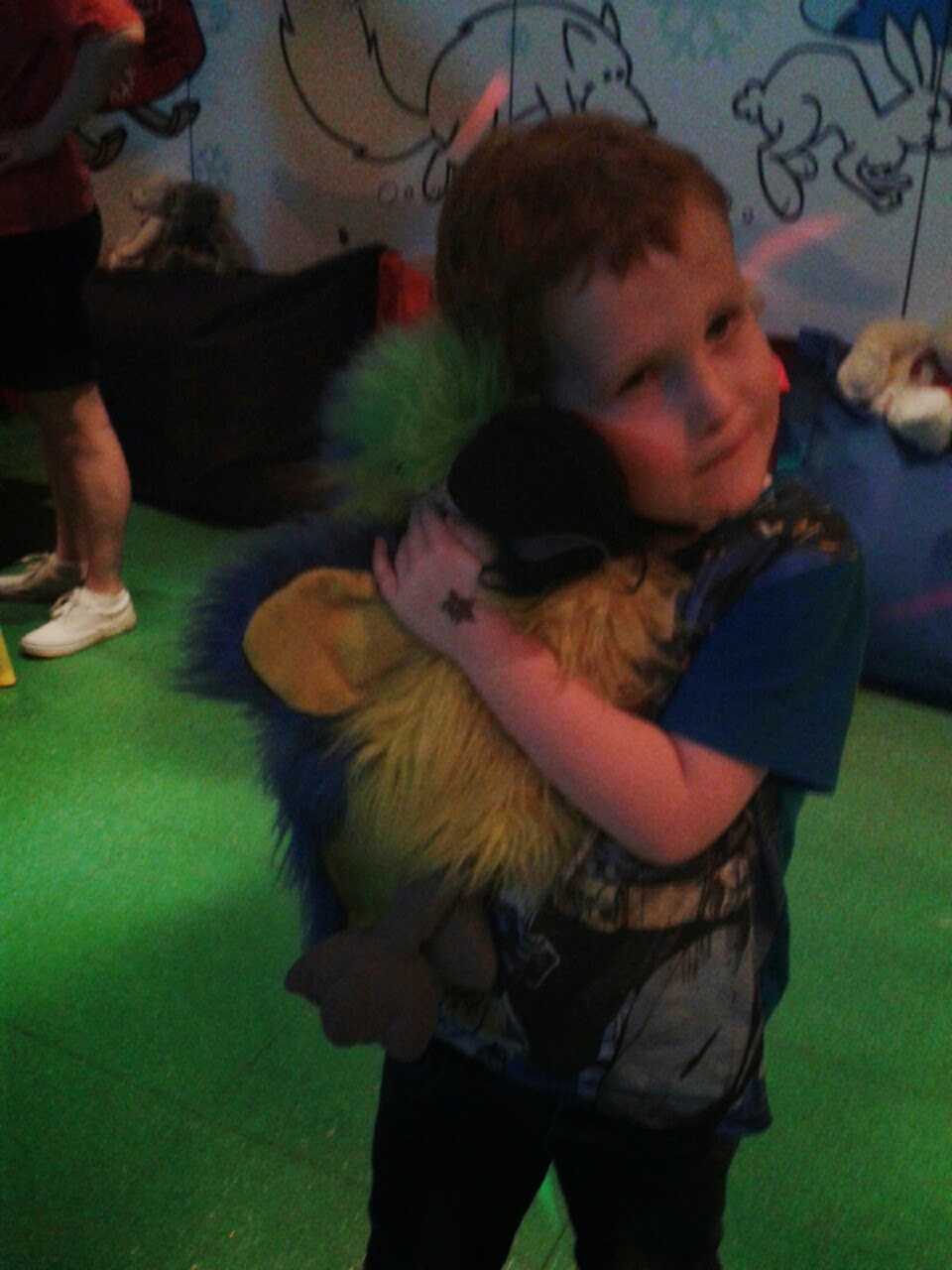 Ieuan gets to know Boris the parrot

Barnaby and Matilda then led the children in some good, old fashioned party games such as Duck & Goose which were all played with gusto before dance moves were demonstrated ‘Gangnam Style’. 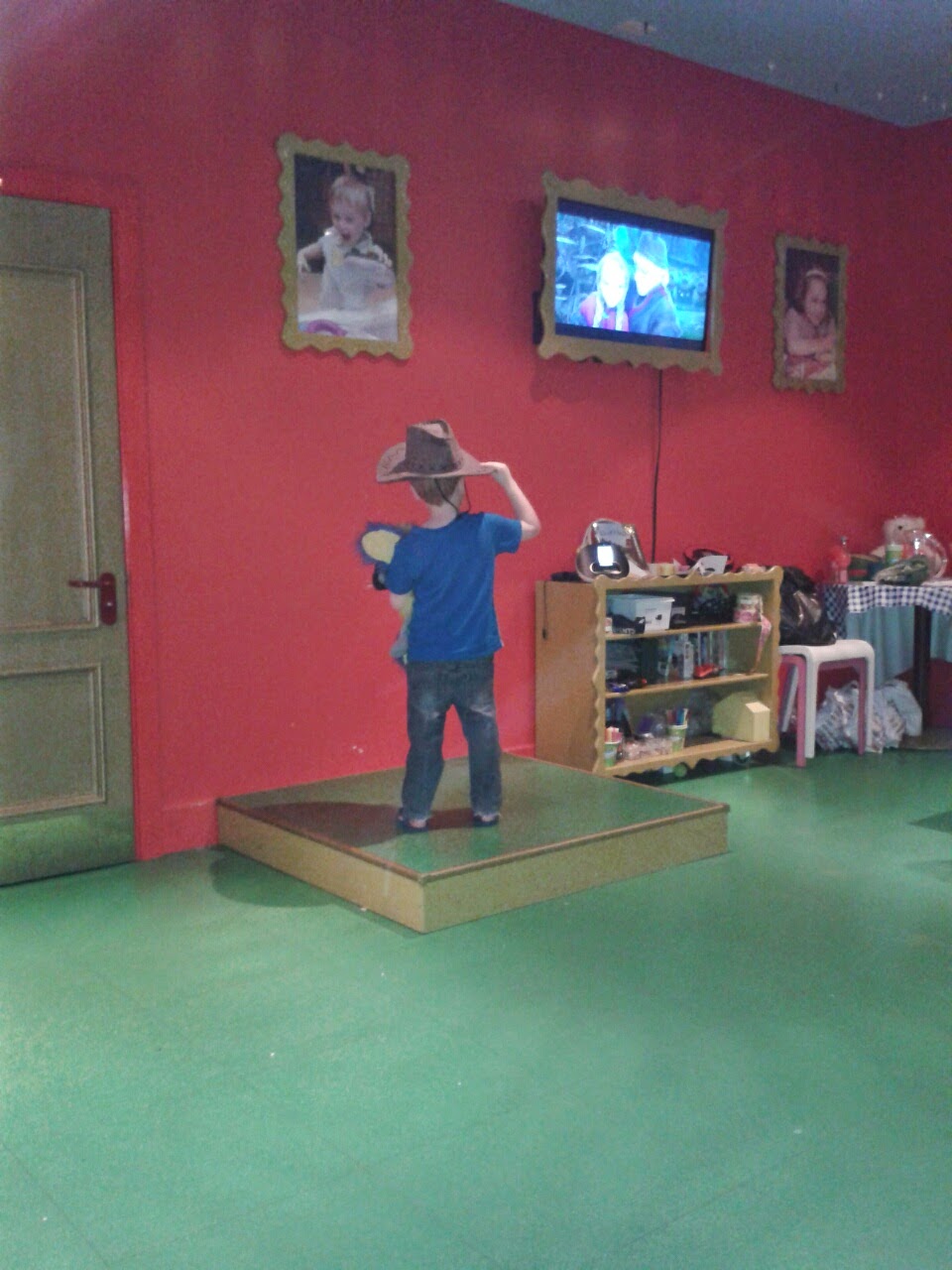 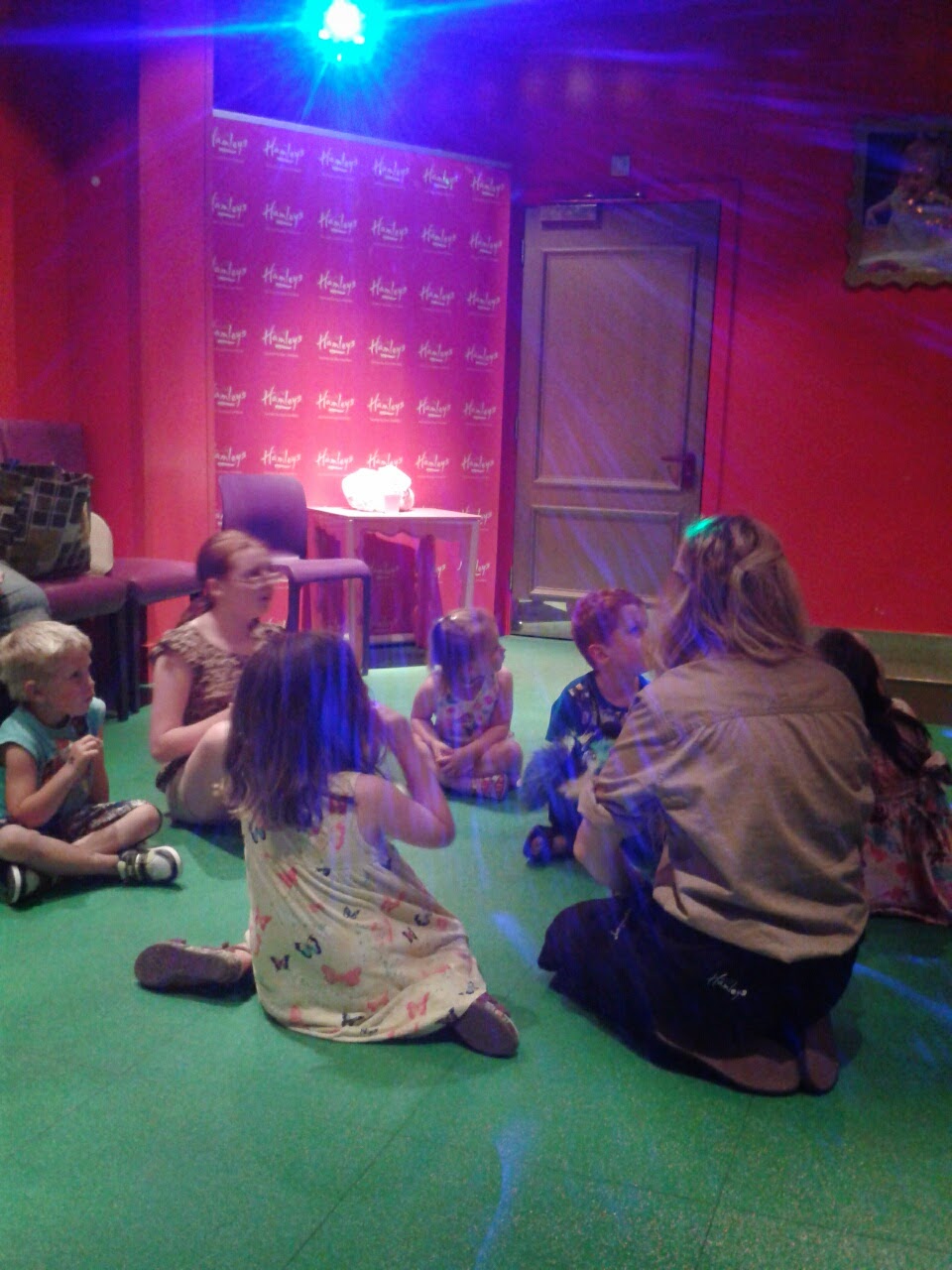 After the disco, Barnaby read the story of The Gruffalo to the explorers who were joined by special guest Hamley Bear. 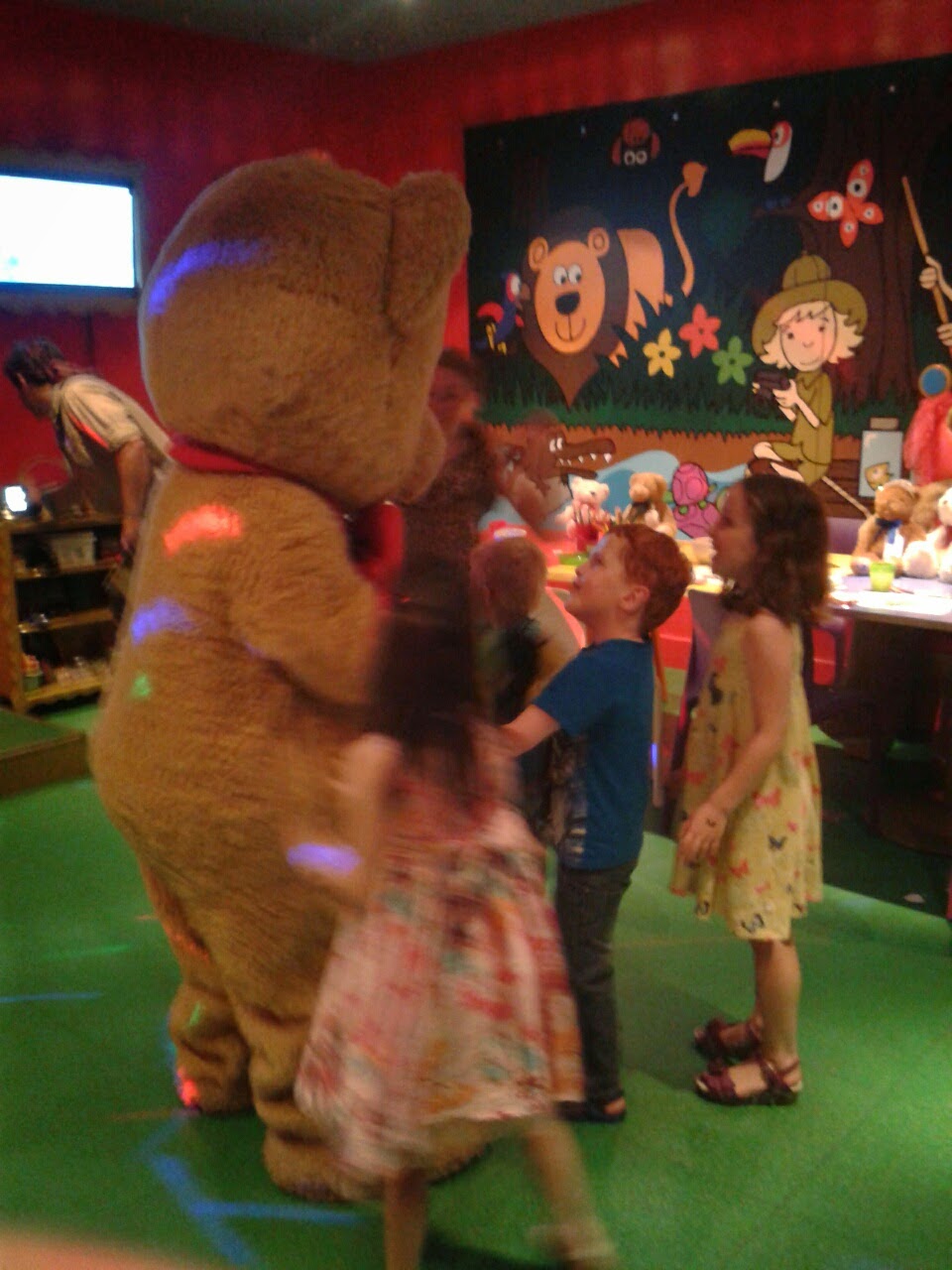 Hamley dances to Pharrell’s ‘Happy’ with the kids – and they were. 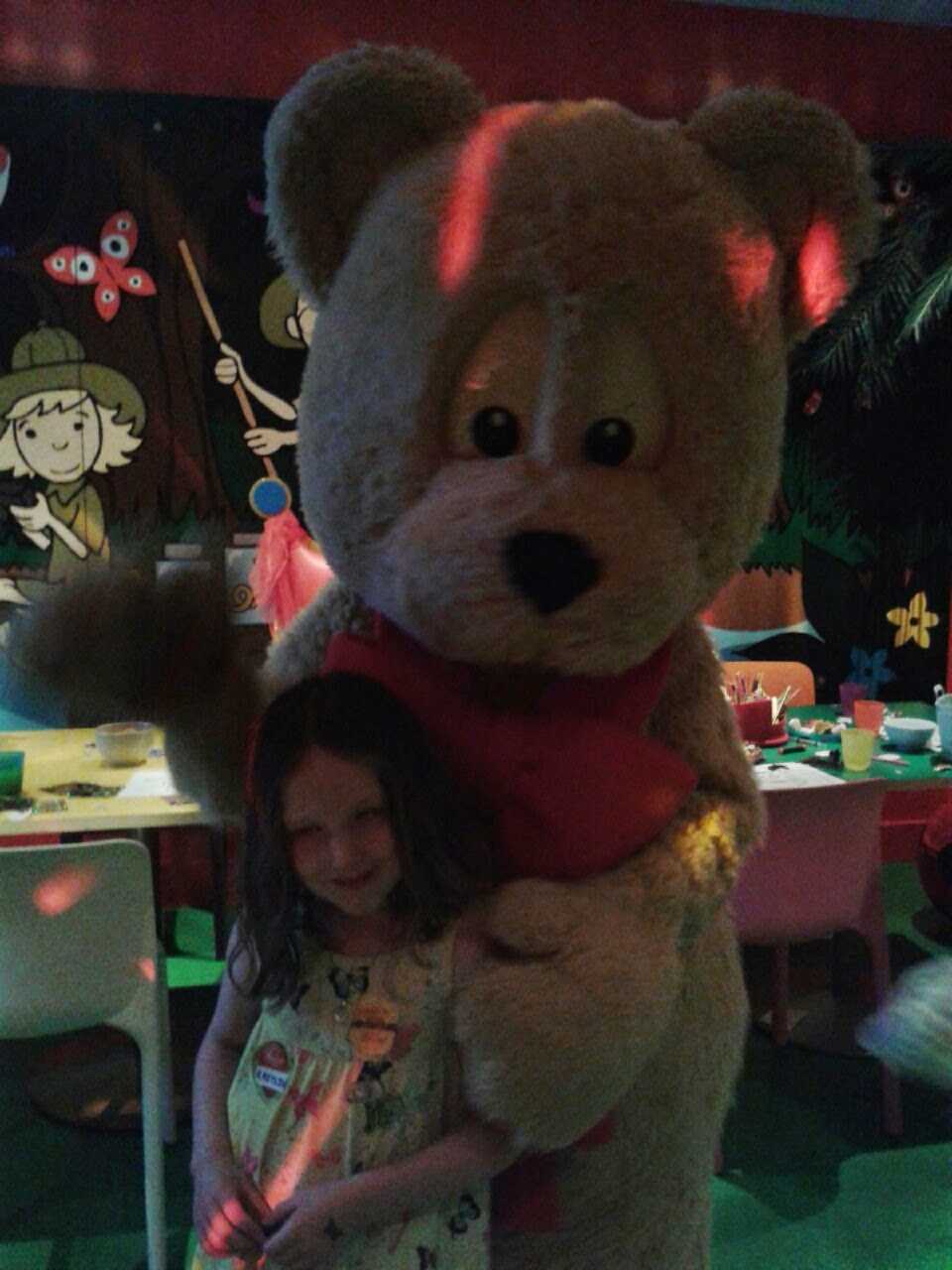 Finally, the children were given their own Hamley Bear to take home. 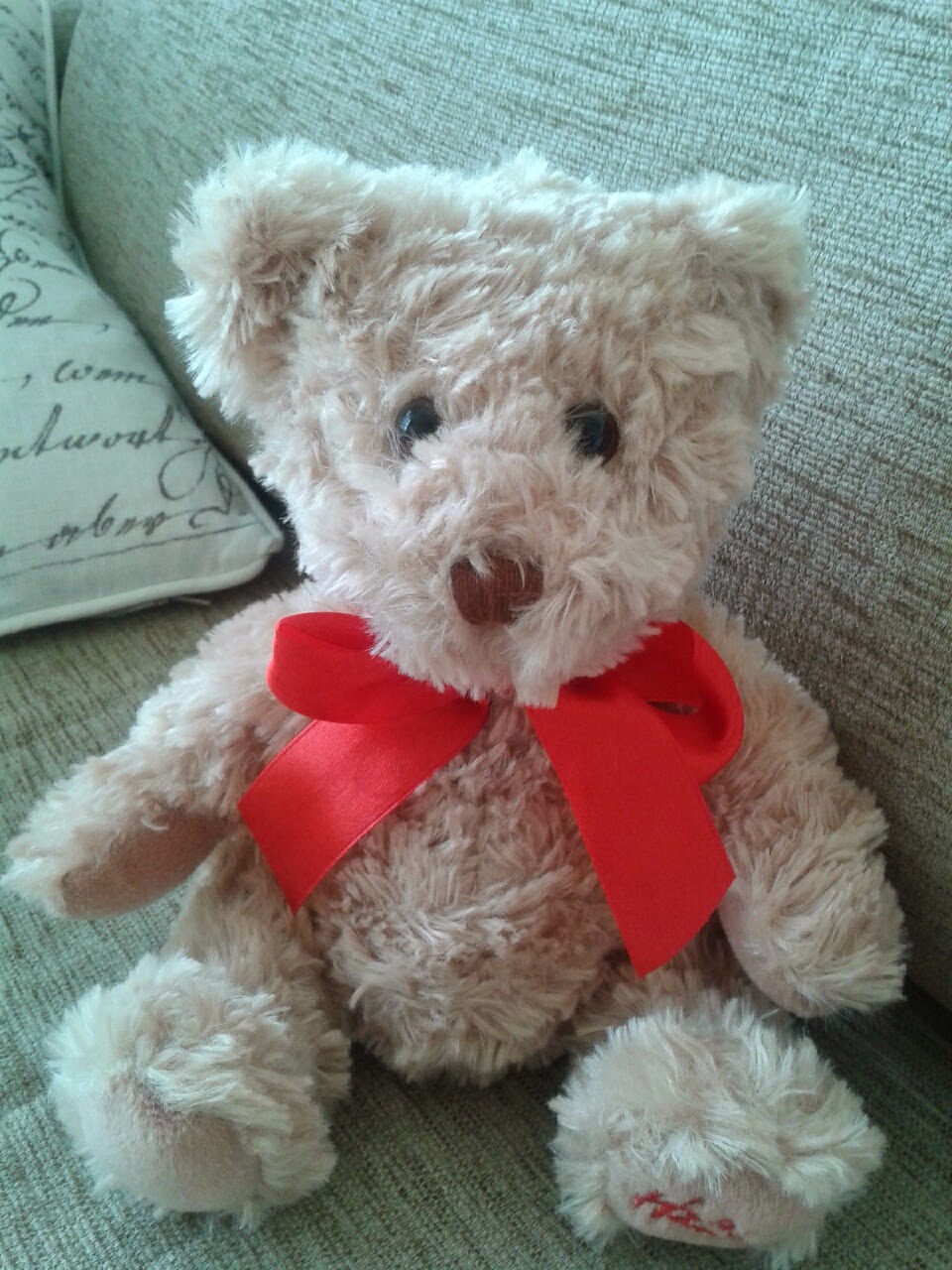 We had a great time at the Hamleys Safari Party and, although the price per child is arguably a little higher than other places, the quality of the venue and the fact that the children were kept fully entertained throughout more than makes up for this in my view.

In many places, the party package is just venue hire and food with no activities and intense parental supervision required!

Parties are suitable for ages 4-14. The room capacity is 16 and the party duration is 1.5 – 2 hours depending on the party booked. Extras for all parties can be provided, such as a magician, photographer, videographer or face painter.