When Sir Robert McAlpine started building houses in 1869, I think it’s safe to say that there was little provision made in the blueprint for a ‘fairy room’ or a WC with enough headroom to comfortably house an enormous pink bow suspended from the ceiling. 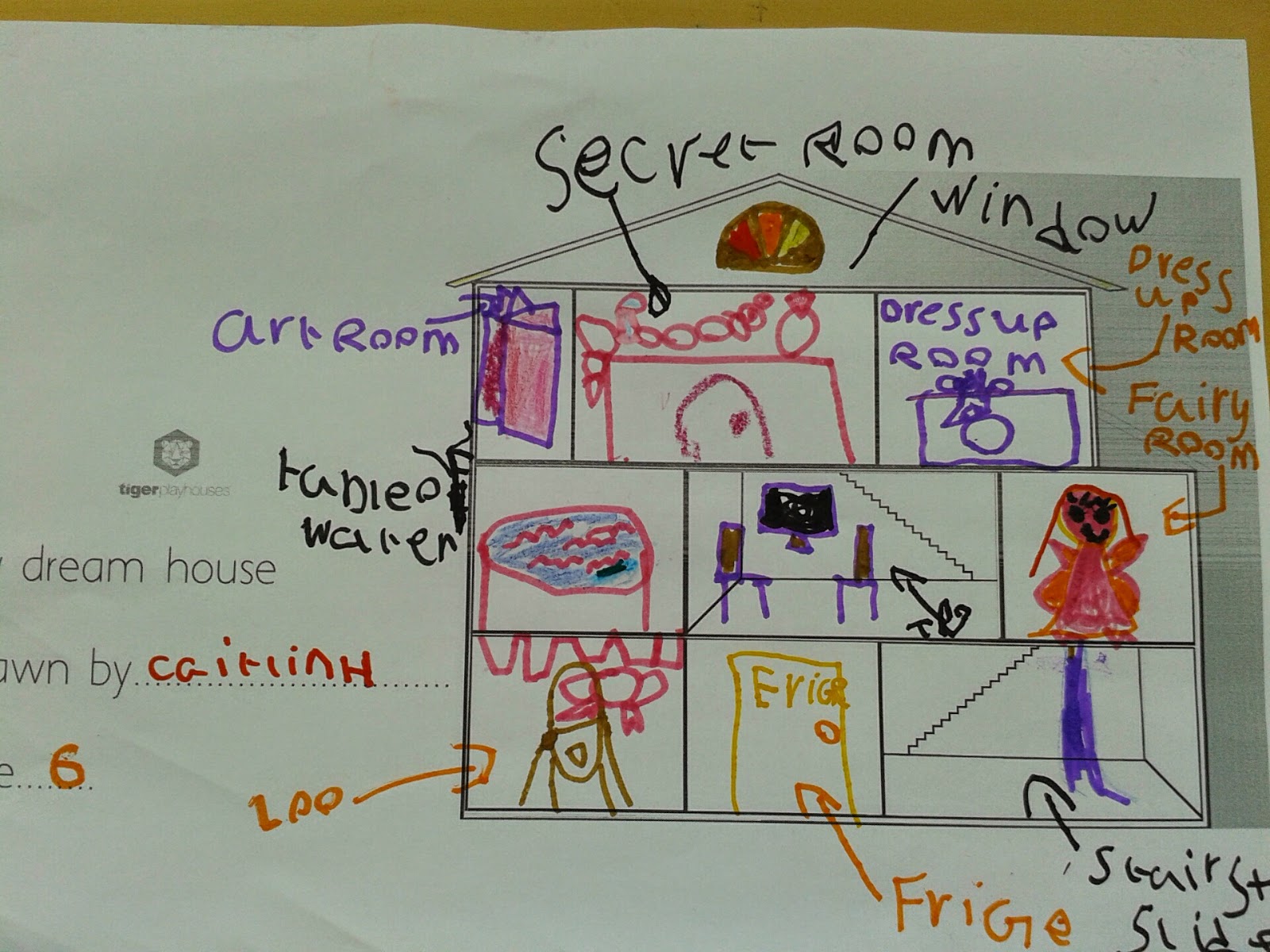 Caitlin’s vision:  some day all houses will be built this way

These are just two of the items my six year old daughter, Caitlin, deems a prerequisite in the des res of any young lady in this brave new millennium.  She has designed this, by the way, as her entry into a competition to design a dream house by Tigersheds.com, the prize being a marvellous wooden hideout for the garden. Quite why the toilet features so prominently in her design has more, I suspect, to do with the general state of the family waterworks, than it does to any architectural whim.

There are rooms for ‘art’ (more Tate Modern than National Portrait Gallery) and ‘dressing up’ on a scale which would make Kim Kardashian clap her hands with glee.  Like many 6 year old little girls, Caitlin thinks nothing of accompanying me to the supermarket in the guise of her favourite Disney princess – the identity of whom changes on the hour.  There is a TV room with a screen worthy of our local multiplex and a mysterious ‘secret room’ – presumably in which to imprison her little brother. The house can also be exited by an emergency pole.

It is clear that sleeping does not appear highly on the agenda since there’s no bedroom – which bodes rather ominously for her teen years and food is provided out of the ether by mum’s incredible catering / reheating service.

I quite fancy living there myself.

This is Caitlin’s entry into the #TigercubHideout competition run by www.tigersheds.com inviting children to draw a picture of their dream home.