Much has been written today about whether The Sun newspaper has finally put the vest back on its dubious tribute to the female form and scrapped its page 3 glamour photography.  Feminists have been celebrating.  Glamour girls have been decrying this slur on their profession. 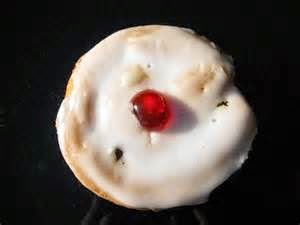 On the face of it, the removal of the embarrassment of having to explain to junior why Titania has been photographed in just her pants, and the risk of shocking the more puritanical amongst us on the train in the morning by forgetting to turn straight from the front page to page 5, can only be a good thing.  I make no comment here about the quality of the paper’s journalism, nor its prurient enjoyment of all things knobs, knockers and salaciousness because, sadly, most of the British Press is happily cantering that well worn path these days.  The Daily Mail is rapidly becoming the Daily Kardashian and its website’s side column is a paeon to a bunch of American celebrities that I have neither heard, nor care about.

Isn’t the truth here simply that Page 3 has lost its ability to shock?  That the amount of exposure breasts get is so great that interest in them has faded to a certain extent.  Are we more, thanks to the Kardashian clan, more interested in bottoms now?  Is The Sun about to launch “Arse of the Day” instead? Here’s the lovely Stephanie aged 23 from Staines showing us how to park a bike?  Mind you, I can think of a much better use for a column named thus – particularly in the run up to the General Election.

In a more disturbing vein,  the increased availability and consumption of pornography thanks to the internet is a more probably cause of Page 3’s possible demise.  There are thousands of sites offering far more disturbing and exploitative pictures of women, all easily accessible via mobile technology.  I am not suggesting that those who enjoy glamour photography are teetering on the edge of subterranean perversion.  I am suggesting that there seems to have been a sea-change in our views about sex and nudity which seems to be removing us farther and farther from the bedrock of culture and morality we used to have.

In comparison to some of the material which passes as daily newspaper fodder, the page 3 photograph has almost an innocence about it.  And that, as a mother to a 7 year old daughter, does concern me.    ﻿