While I’m in a ‘fessin’ up’ type of mood, I thought I might explain one or two things about mother and toddler groups from an older mum‘s perspective (well, mine so please use the usual caveat that your experience may be far more enjoyable, however…..). 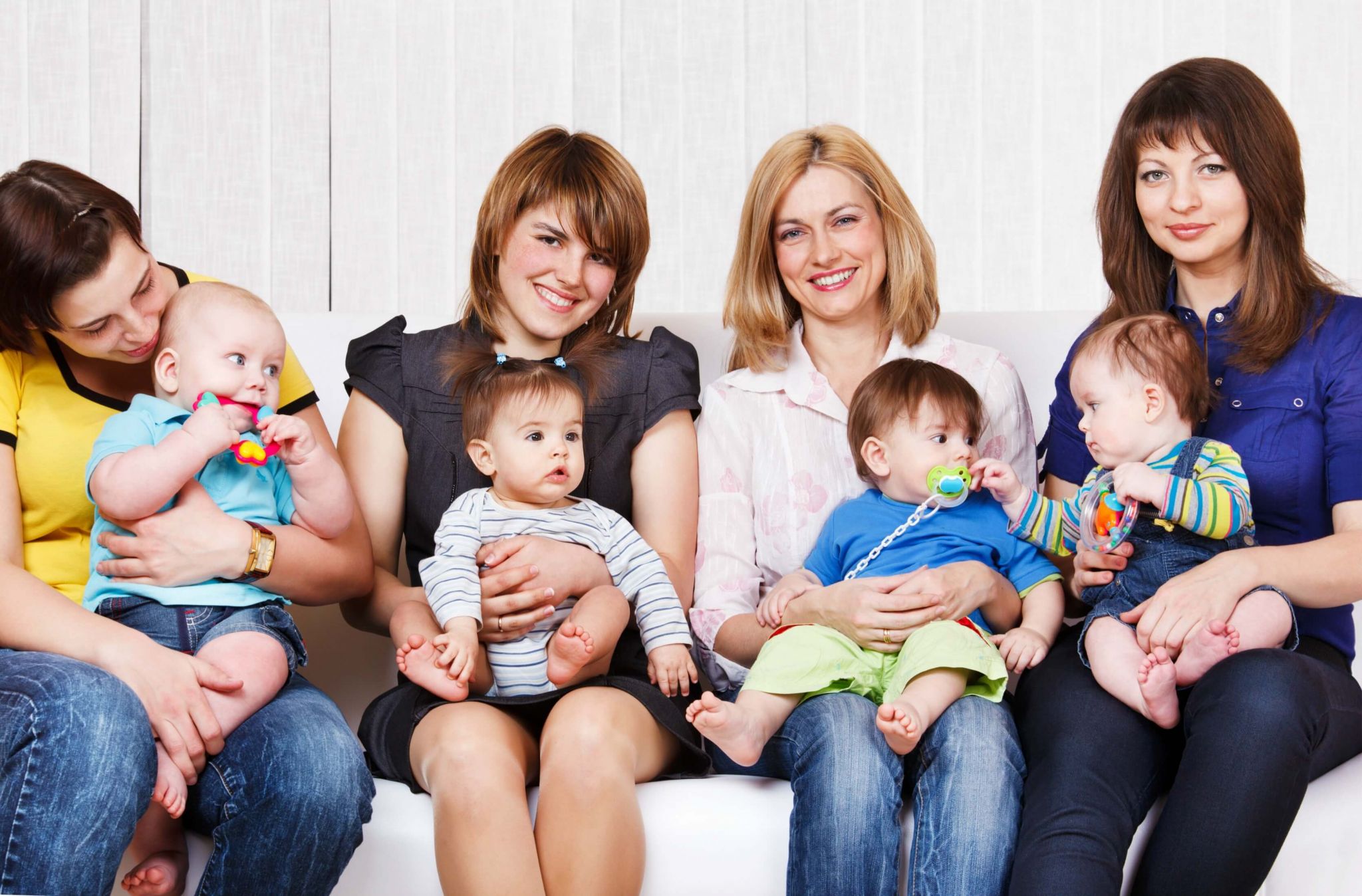 I’ve talked before about the social isolation that hits stay at home mums, but the pangs can be much sharper if you are that bit older.

For a start, you find that someone has waved a magic wand and removed your age group from the noisy throng.

This is because they are generally all at work.

You will find, as I did, that these groups tend to be populated by childminders, young mums and grandmothers.

Any man brave enough to venture along is viewed with the same air of dubious amazement usually reserved for sightings of the Loch Ness Monster.

Mother and toddler groups also have a political structure more complex to fathom than the Illuminati.

There are the Power Players (a position held by those who have access to the keys to the church hall – or similar drafty, echoey, slightly sticky venue), the Acolytes (those who willingly succumb to the tea roster) and the Outsiders, forever doomed to sit on the end of the row whilst the well established cliques view you with suspicion and carry on regardless.

There are also the Token Helpers who will rush to sweep up biscuit crumbs and proffer a wet wipe and the ‘One Who Is Brave Enough To Lead The Singing’.

Caitlin quite enjoyed going to mother & toddler group but Ieuan would never really join in – actually, if you observe closely, toddlers generally just play in close proximity in any case.

Nor would he join in with the singing.

My son was there purely for the biscuits – and climbing on the furniture.

Cue the occasional tut and muttering of “he’ll hurt himself doing that”.

Short of leaving him belted into his buggy, this was the only interaction I could get Ieuan to have.

Yes, be under no illusion.

You are going public with your mothering skills.

One of our local groups featured childminders who would sit the length of one side of the hall and grans, young mums and us ‘oddities’ would sit on the other with very little interaction between the two groups.

People would say to me “but you’ll have so much in common”.

But the truth is, actually you don’t, beyond teething, sleeping through and the other baby milestones which become badges of honour in these groups.

That said, I do think attending mother and toddler groups is a good thing.

You are giving your child the opportunity to learn new social skills and introducing them to their peer group – those children with whom they will probably go through the education system – their future classmates, in other words.

Plus, you are getting out of the house – a process which in the early days makes appearing on “The Cube” look like a walk in the park.

And it does get easier.  And you do learn, through the experience that is shared, that kids develop at different rates.  There is no magic “sleep through the night” week. Potty training is generally not achieved in three days flat, no matter what the latest poo-coaching book you found on Amazon says. You are not the only mum who has forgotten to brush her hair.

Hands up.  I went solely for my children and I understand completely why mums (even younger ones) may find the experience so difficult.  So if you are struggling to drag yourself out twice a week to sing “The Wheels on The Bus” and you can’t muster up any enthusiasm for making an Easter basket, rest assured, many of us do understand.

But my advice would be, grit your teeth and bear it.

Once they’re in school, you’ll be able to look back and say you did your bit for their social development – even if it feels your own still needs a bit of work!