So, it being half term and having been majorly guilt tripped about “playing on my PC” (or blogging), I duly got the Junior Monopoly out for a session of warm, fuzzy parenting.  You know the sort.  The kind of selfless, emotionally giving and life-affirming mothering Mrs Walton managed to emit just by tidying her plait. 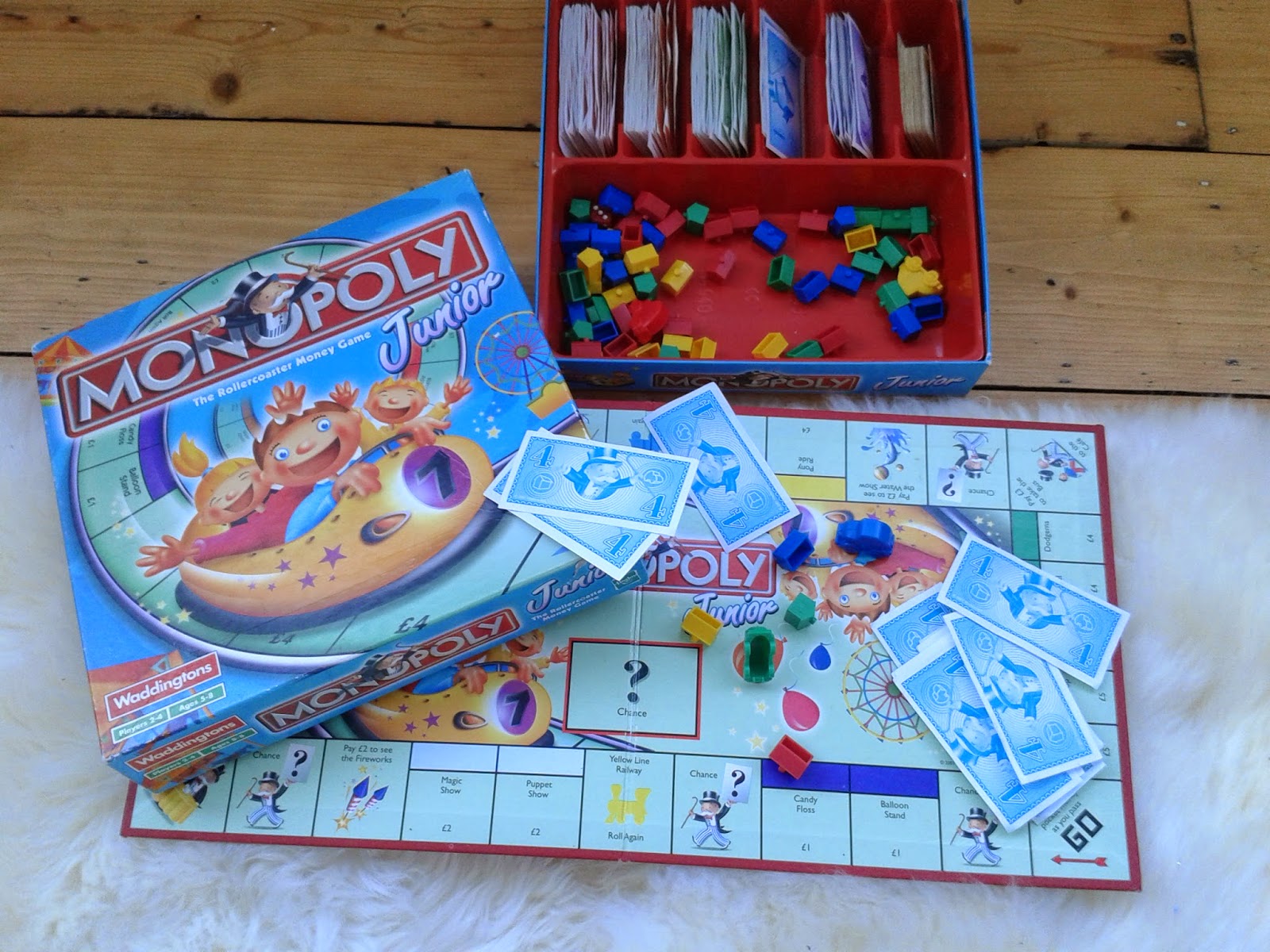 It started well enough.  Colours were chosen, the excitement of being given money registered and the hope that you actually get a ‘chance’ card which pays you was lit large in their hopeful hearts.

All was going sweeter than a Werthers’ Original advert until Ieuan thought he’d missed a go (he hadn’t) and retired to the sofa in tears.  Caitlin and I soldiered on.  Eventually, when it became clear I had amassed a Murdoch style property empire and Caitlin was left with a pound, Ieuan’s gleeful chortle that Caitlin was going to lose meant she, too, dissolved in tears.

I found myself reflecting, rather gloomily, that all my attempts to create a maternal nirvana seemed doomed to failure.  Some mums make it seem so effortless.  They exude patience and cheerful stamina in the face of tantrums.  I find myself occasionally having a tantrum which surpasses those of my kids when things don’t go well.

One dreadful occasion, which I am still ashamed to recount, was one of our first bonfire nights as a family. We went to the local rugby club and I kid you not, as soon as the first rocket was launched, both kids had a meltdown and begged to leave.  We returned to the car in procession with me, absolutely fuming, stomping along at the front and Mat and the kids dragging their heels behind.  To my eternal shame, I believe at one stage I even refused to hold Caitlin’s hand, even though she had no clue why I was so cross.

The fact is that they were probably too young for such an event, but the pressure to create ‘perfect family moments’ is so huge for us mums (and particularly us older mums who feel we have less time to get it right), that we put enormous pressure on our family – and on ourselves.

So no, I should not have amassed a raft of properties on the junior monopoly board and let the kids win.  But then, what is that teaching them?  I should be sensible and not expect every family outing to be like the opening scene of “Little House on The Prairie” with the kids bounding happily through the meadow and Ma and Pa Ingles shining with love and happiness in the background.

But I can’t quite let my fantasy go.  Can you?