Scene of the now vanished Cafe Rouge and the location for much eating of Ieuan’s unique combo of chicken goujons and Bon Maman strawberry jam (listen – anything to get them to eat), we ventured to the newest addition to the Carluccio’s chain in Cardiff Bay.

The restaurant is light and airy and benefits from a lovely view over the Bay.  Seating has now been laid out both outside and to the side of the restaurant, abutting the equally new Bills Restaurant. 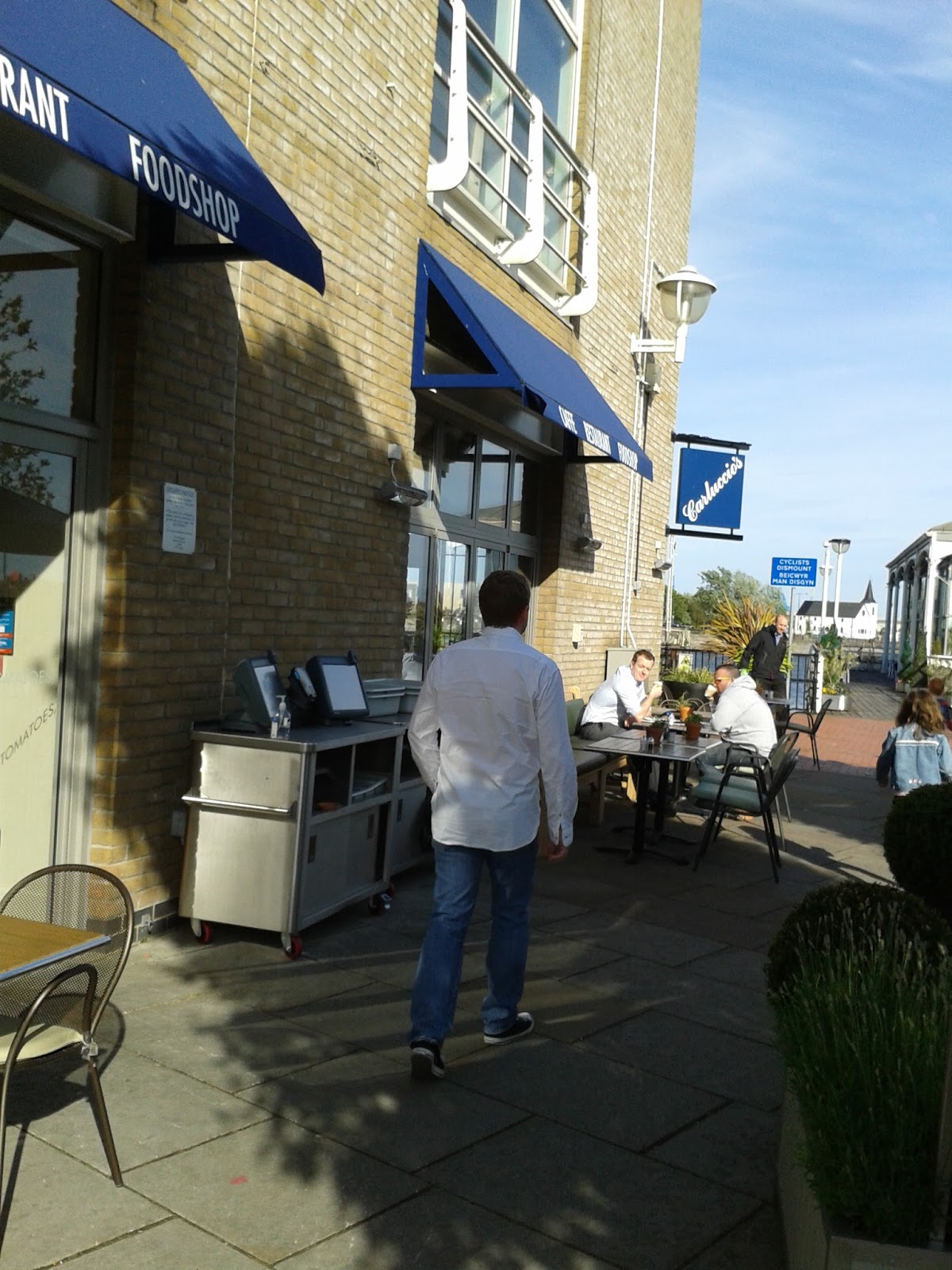 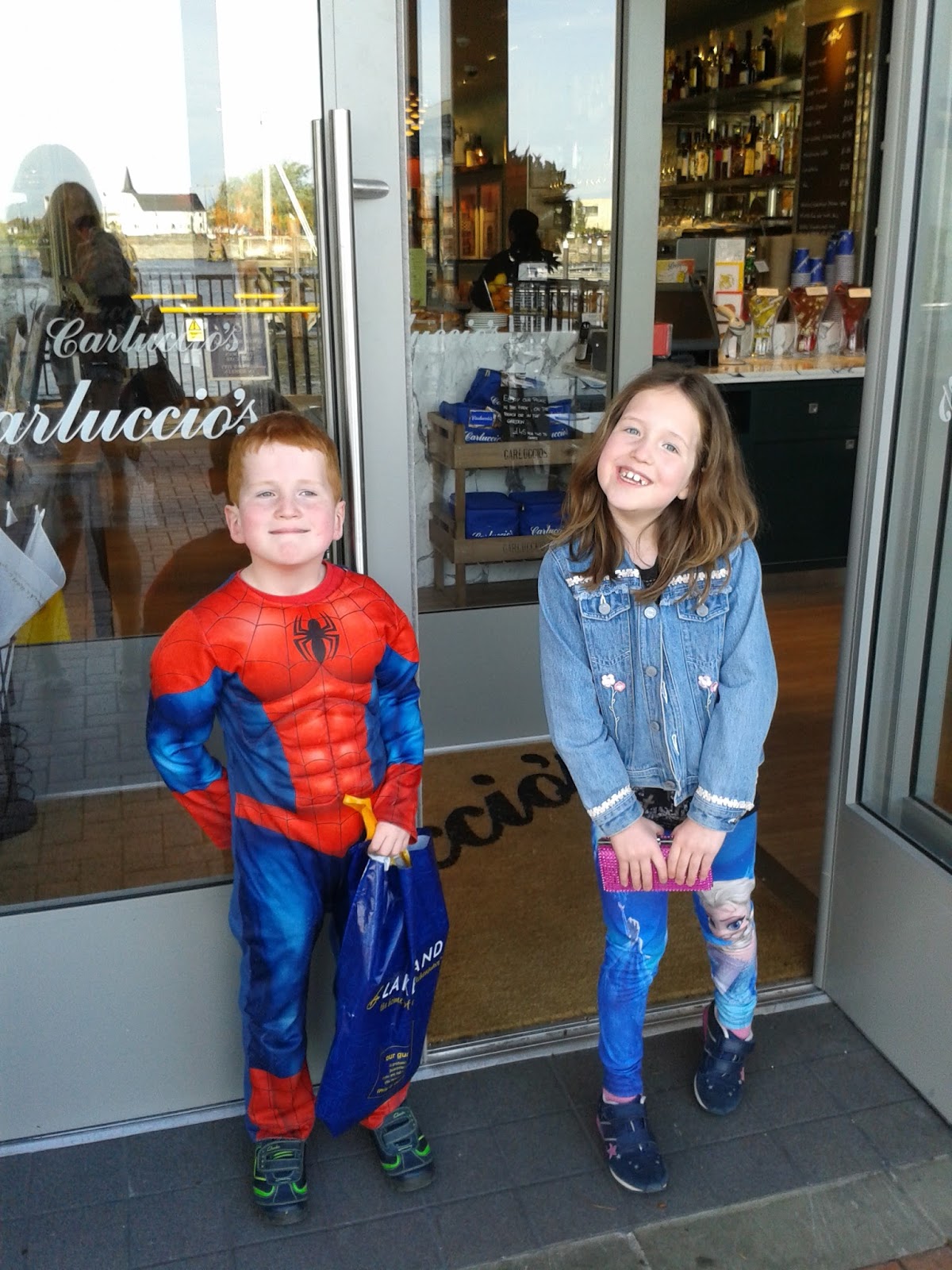 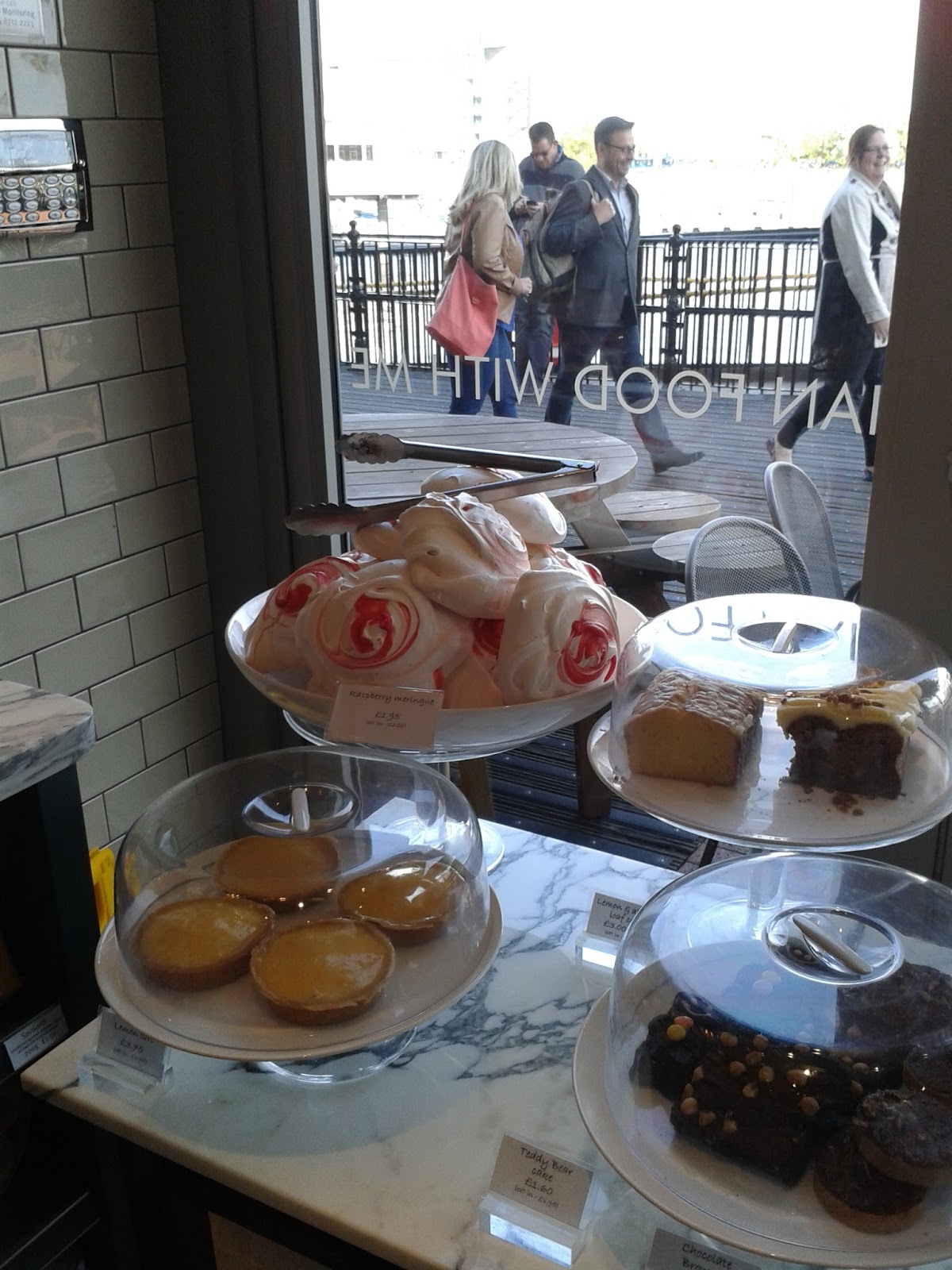 We were seated in a bright corner of the restaurant where we could admire the new bar area and retro artwork on the walls. Behind us was a gorgeous photographic print of a Mediterranean scene with a azure blue sea. Not quite the colour of Cardiff Bay but it was my birthday and I was prepared to pretend it was! 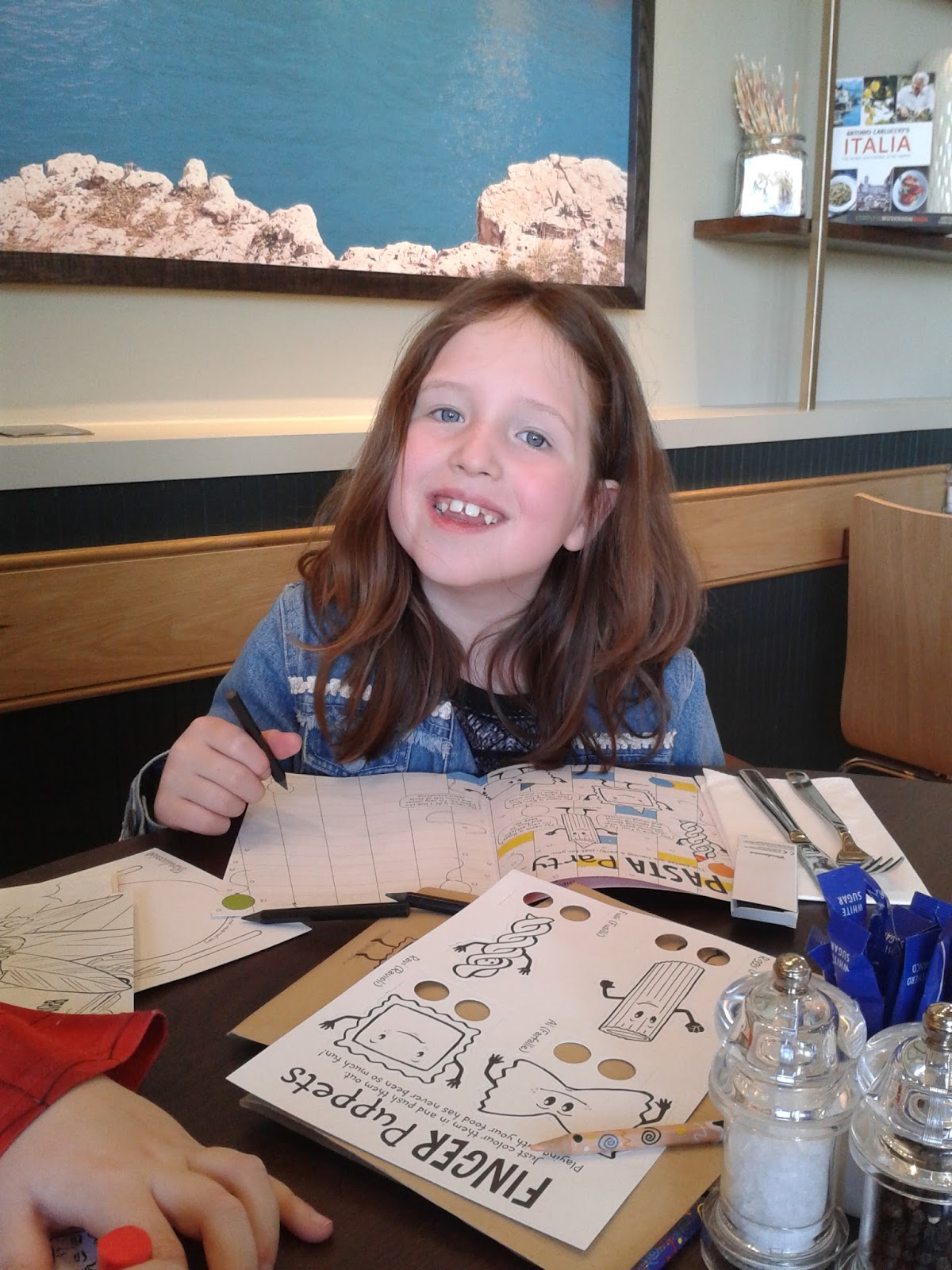 The kids were given a menu / colouring / puzzle sheet and some pencils to keep them quiet and starters were duly ordered.  The children’s menu is £6.60 per head (in line with Prezzo and Pizza Express).  It was Grissini and a soft drink (rather oddly a mixed berry smoothie) for the kids and Mat and I had the Savoury Bread Tin (freshly baked Focaccia, Ligurian Crispbread, Grissini and sliced Tuscan Breads with olive oil – £3.95) and Sicillian Giant Green Olives (£3.75). 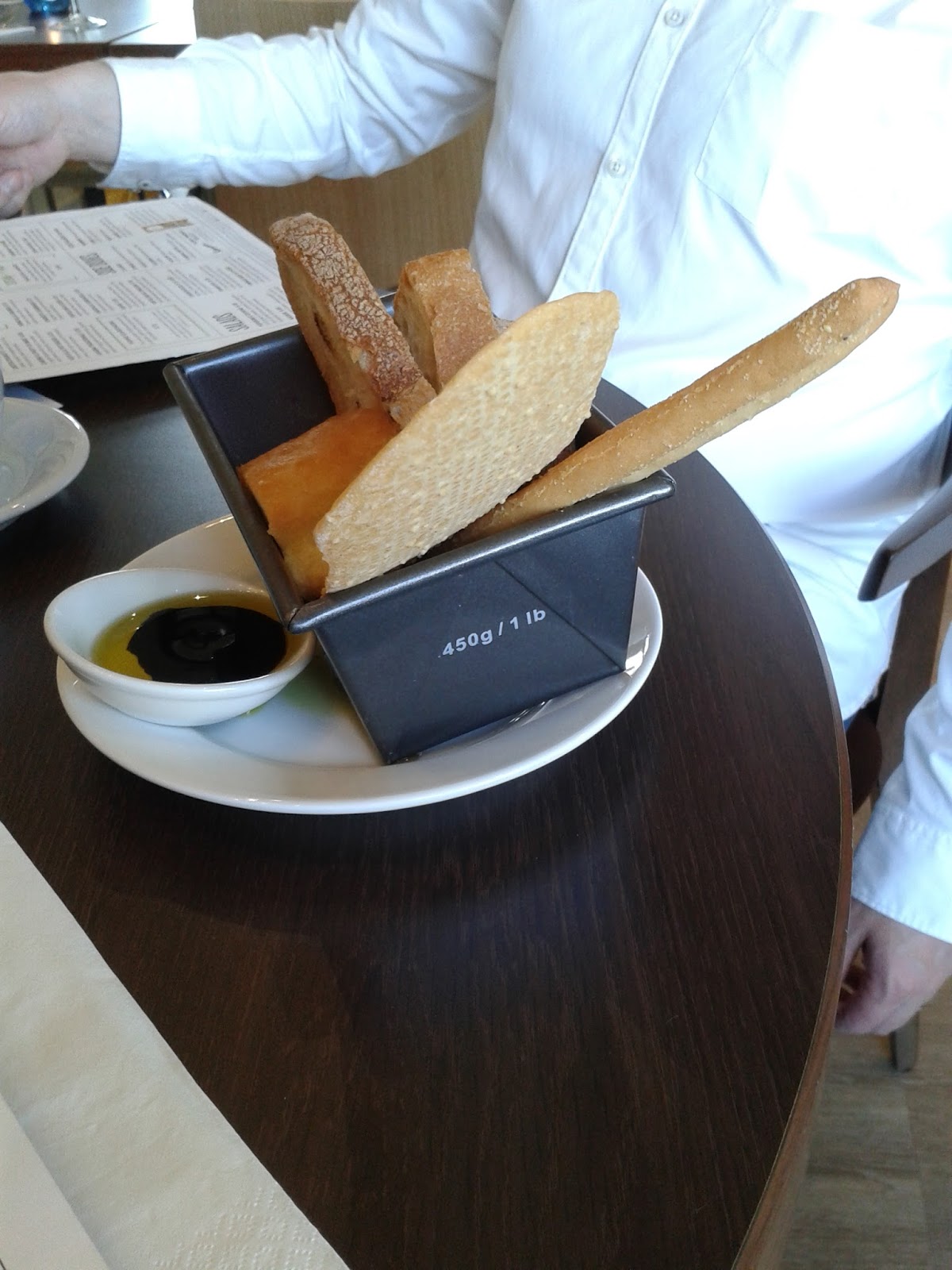 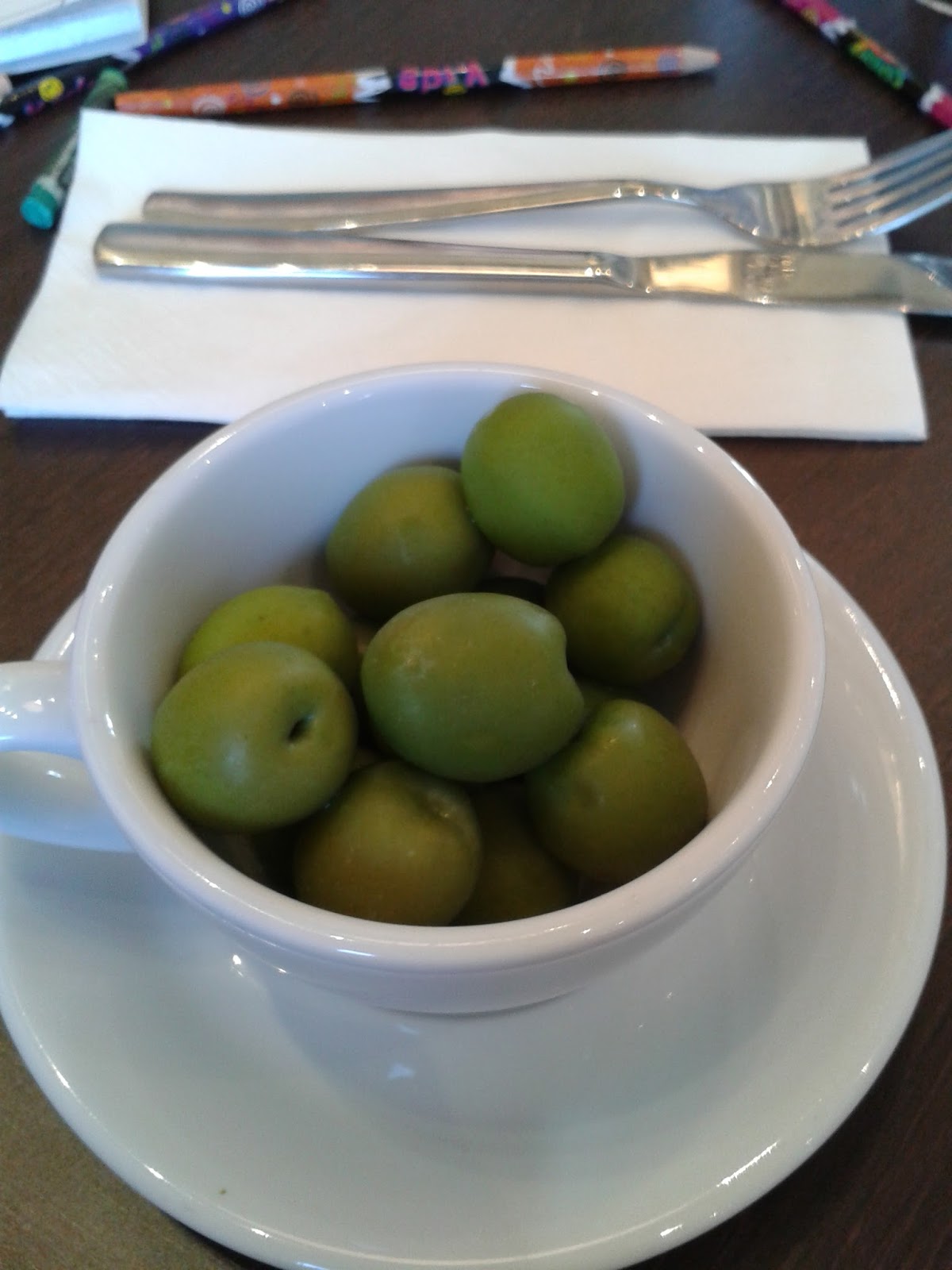 The breads were delicious including one rather unusual inclusion of a bread with sultanas and Rosemary. I felt this was more suited to breakfast but the kids weren’t complaining.

The kids chose spaghetti with meatballs and tomato sauce for their main course.  I chose Asparagus Risotto (£10.95) from the Specials Board and Mat chose Ravioli filled with Ricotta and Spinach from the main menu (£8.95) and the Verde side salad of little Gem lettuce, Rocket and Parmesan shavings (£3.95). 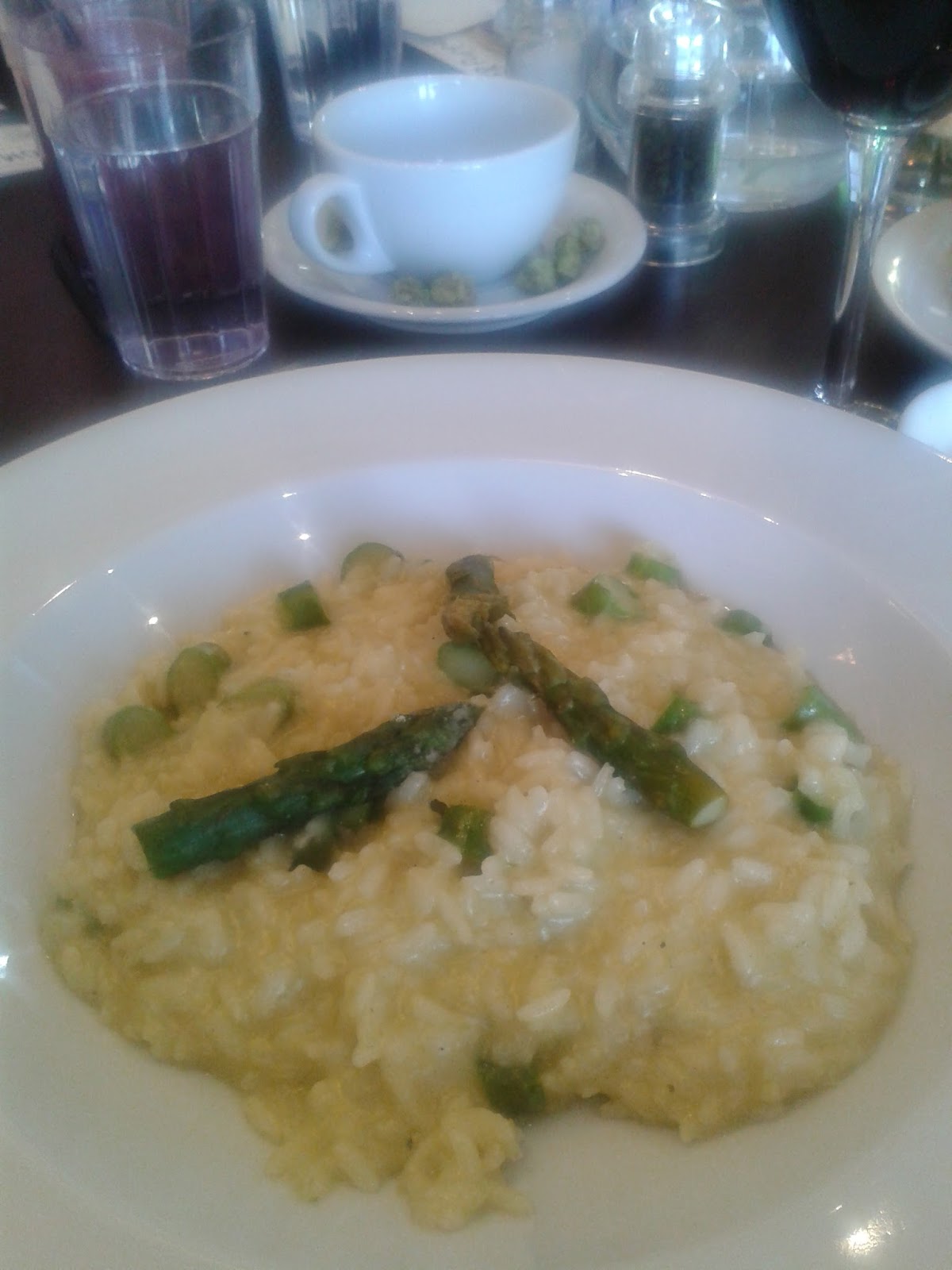 The risotto was hot and tasty with the asparagus being nicely al dente.  The portion size was generous, however, I felt the dish had been over seasoned and was slightly too salty for my taste. This is just a matter of personal preference though. 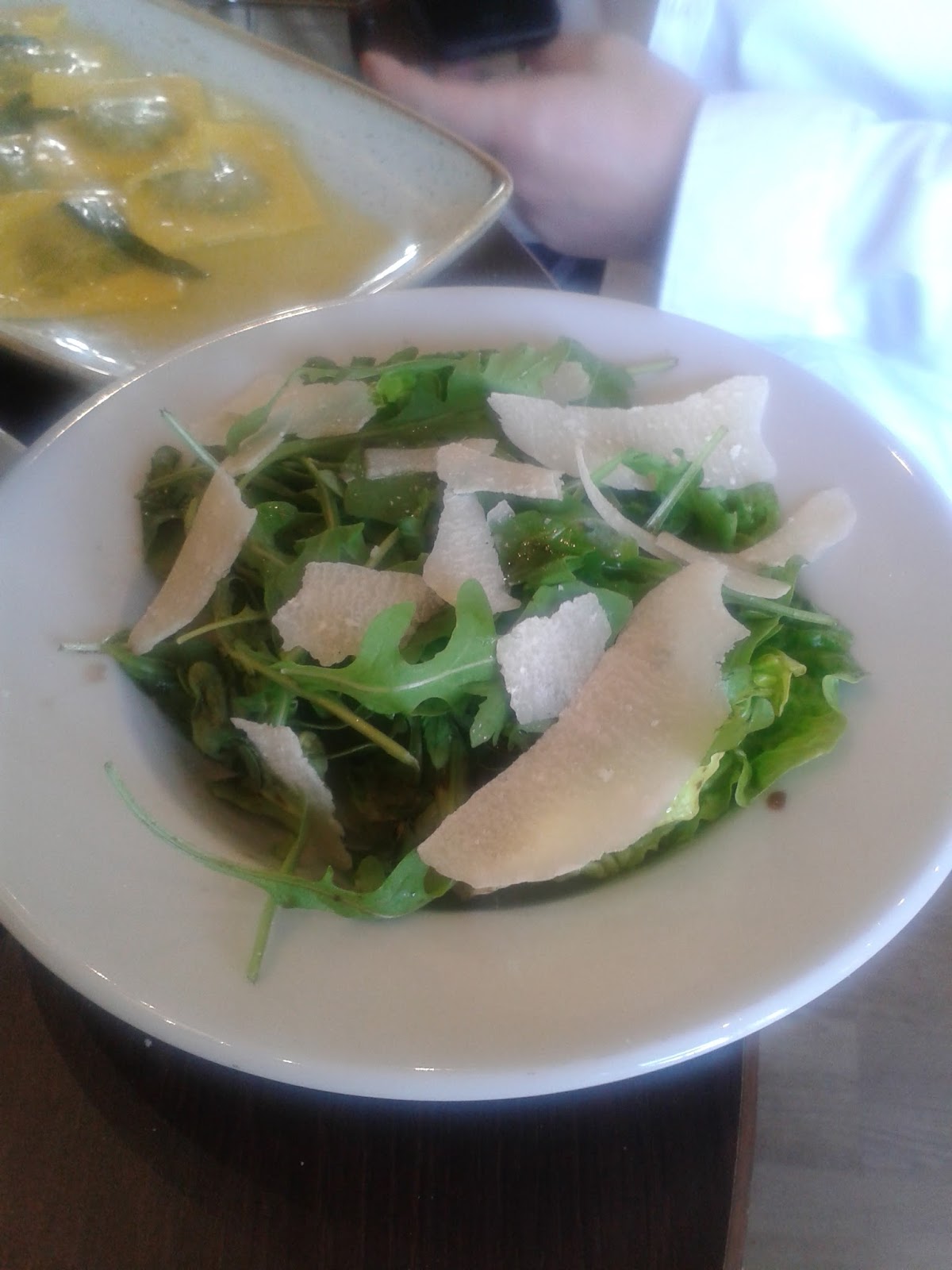 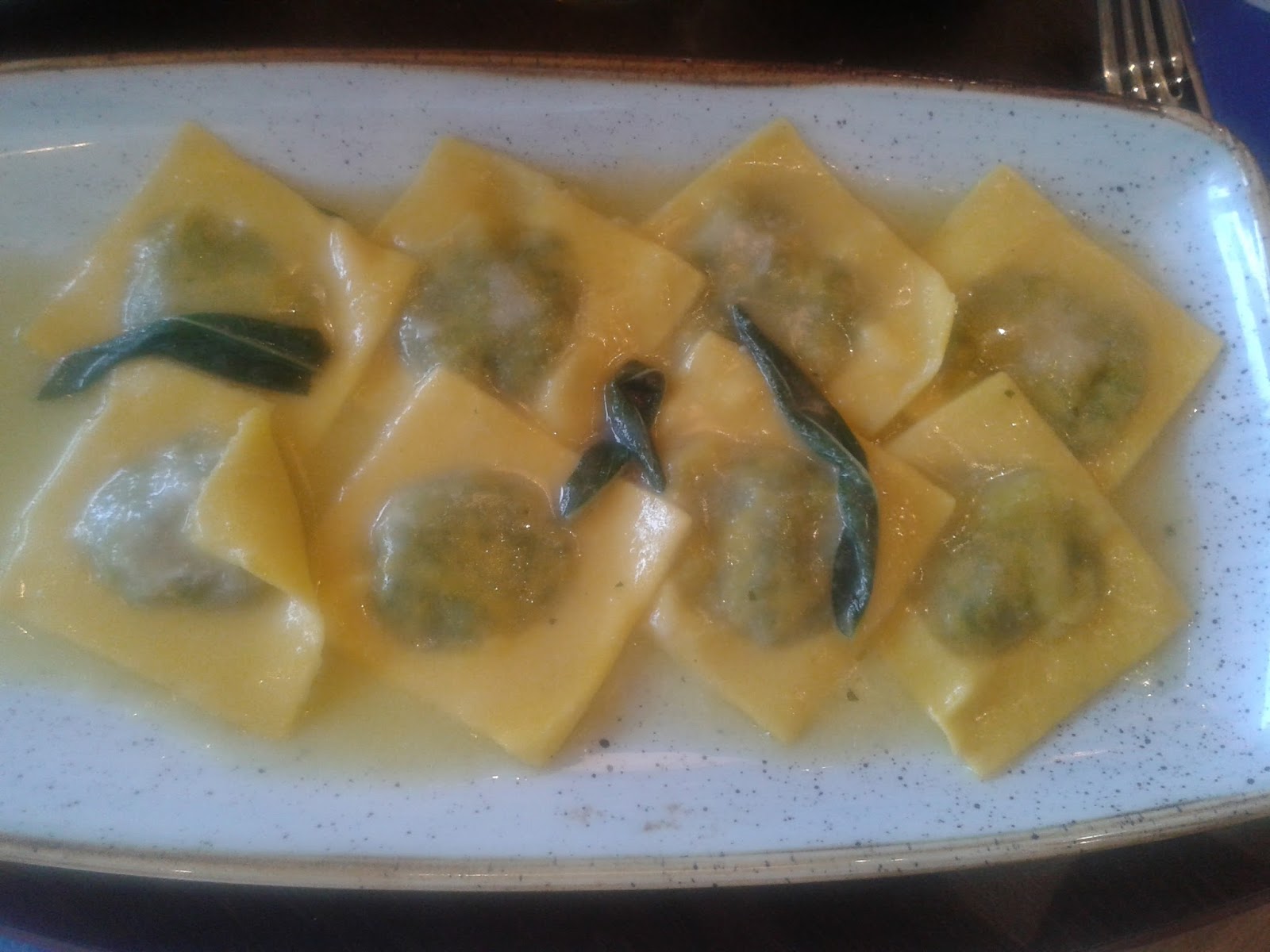 Both Mat’s dishes were fresh, well presented and duly enjoyed. 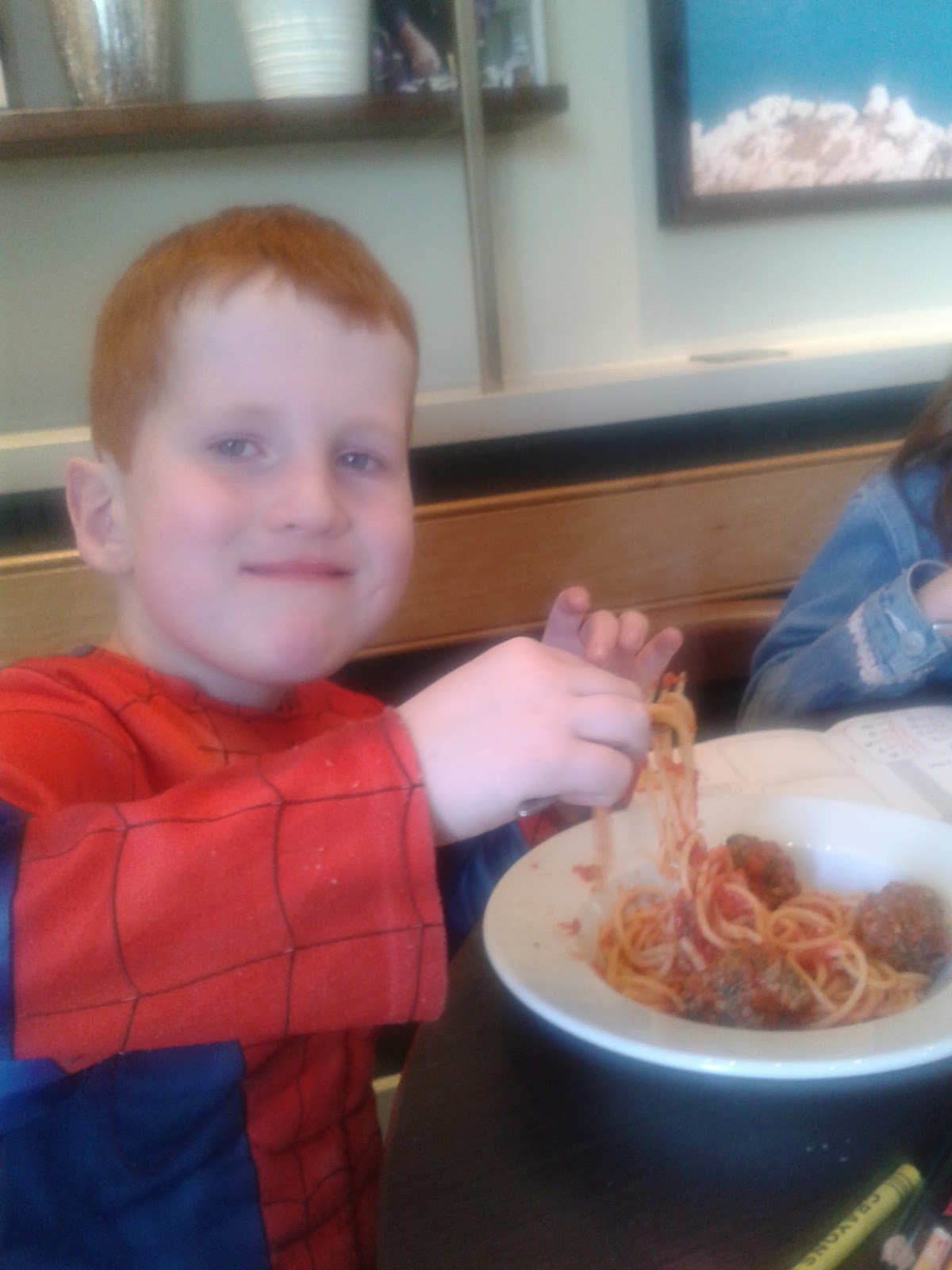 The kids’ meatballs were made of coarse ground beef and made on the premises giving them a home-made feel.  The portion size was very generous.  The children’s menu offers kids the choice between a variety of sauces, two pasta shapes (penne and spaghetti) and five sauces (one of which is meatballs).

Desserts were ice cream and a pot of fresh fruit for the kids (as part of their menu). I chose the Crostata Al Limone (Lemon Tart – £4.75) and Mat had the Crostata di Fragola (Strawberry and Mascarpone Tart and Vanilla Ice Cream – £5.50). Caitlin’s ice cream was strawberry in a standard cardboard pot, obviously straight from the freezer and Ieuan’s fruit pot was entirely strawberries.  A mix of fruit would have been a more exciting dessert.  I think a little creativity is needed with the desserts offered on the children’s menu. 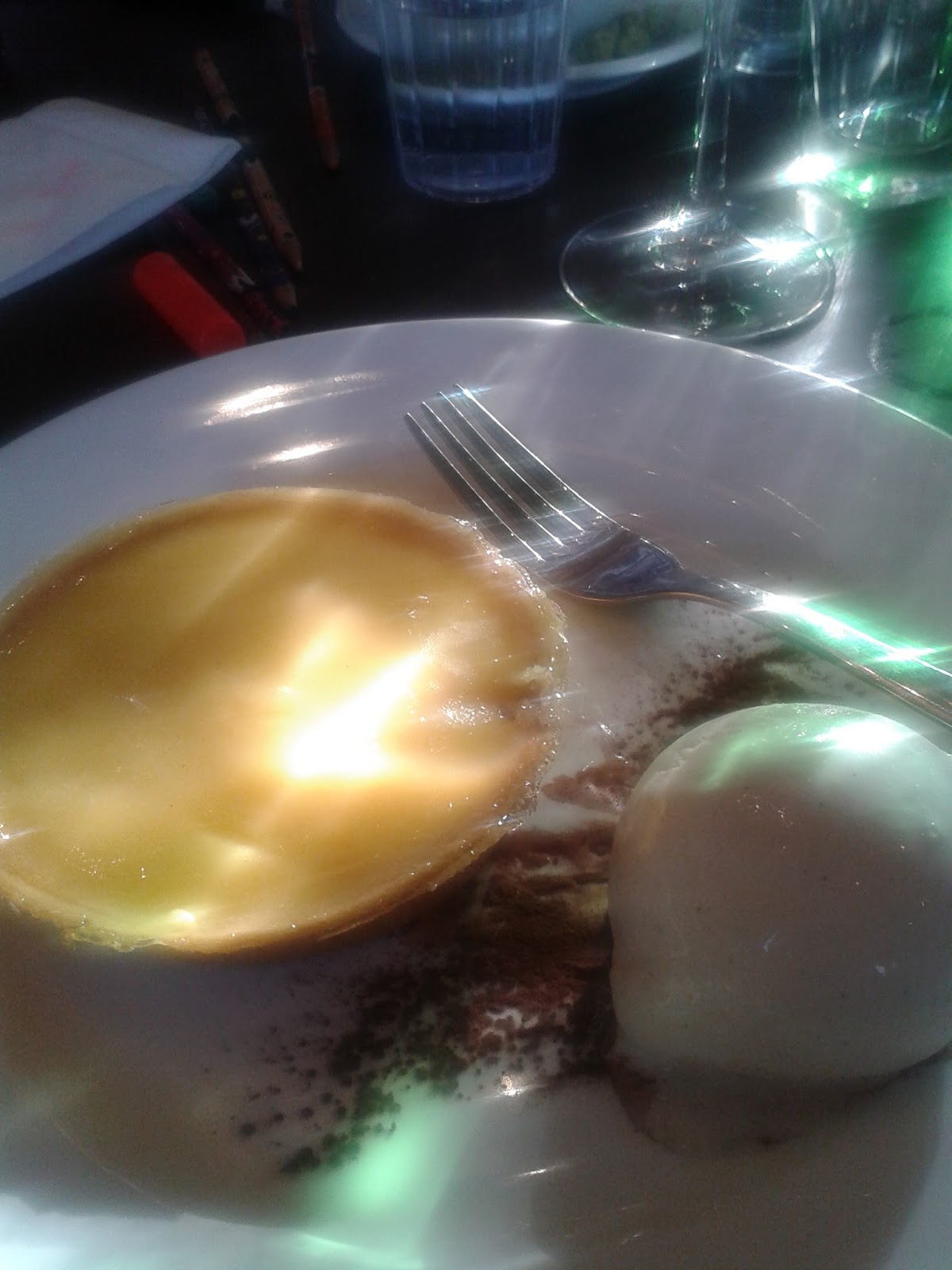 My lemon tart, which I suspect had been sitting in one of the glass display containers in the front window was tasty but slightly warmed by the sun, and I would have preferred a more solid consistency and a cooler dessert. Mat had no such issues with his strawberry tart! 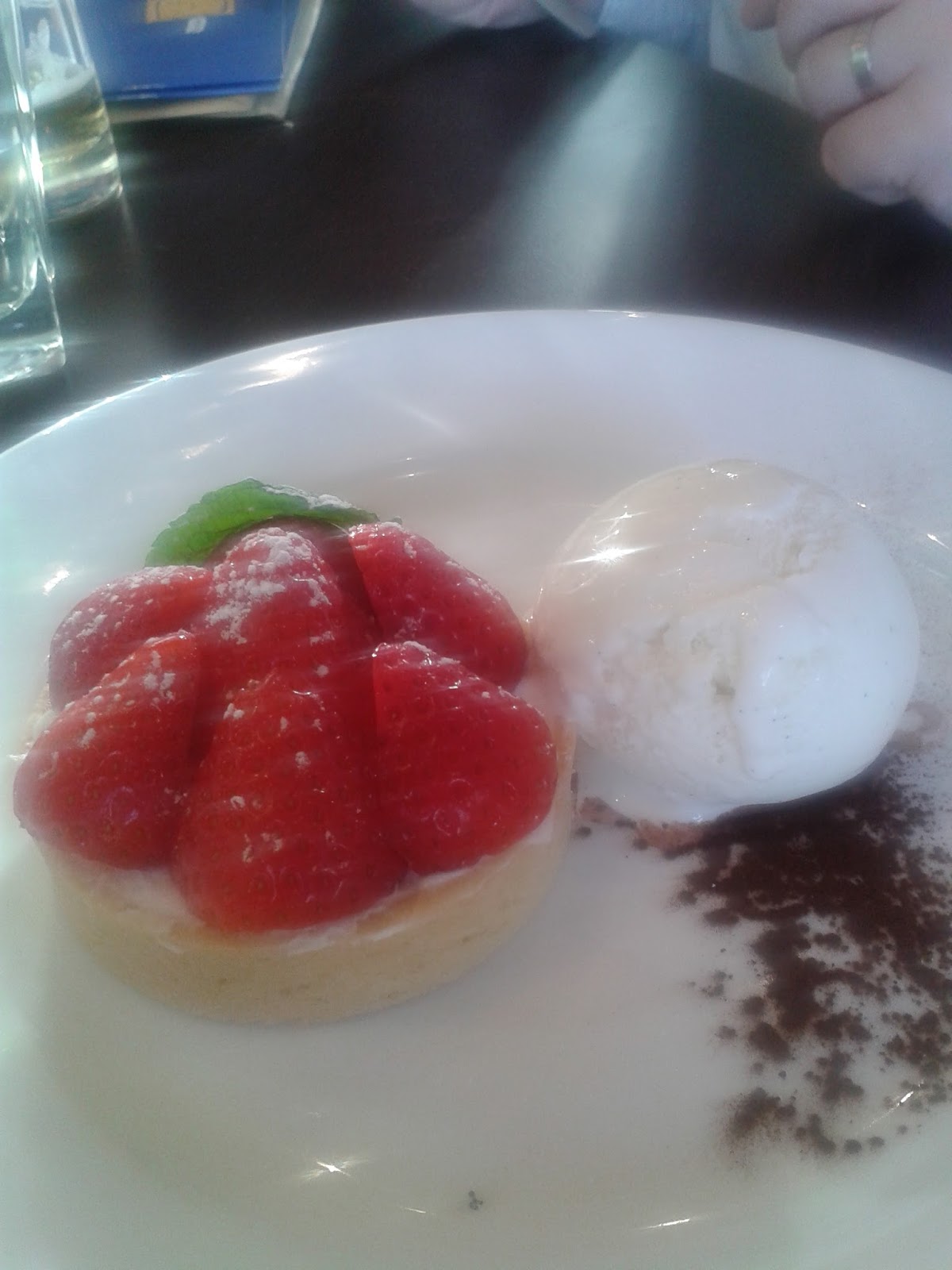 Coffees followed and there was a choice of a smooth or a rich roast.  We chose the latter and the coffee had a satisfying bite, so much so that I added some sugar (rare for me).  The bill for four of us came in at around the £70 mark, including one beer and a glass of Montepulciano red wine (a pretty standard, but easy drinking restaurant red offered by quite a few restaurants near us).

Carluccio’s seems to have a slightly lower price point than its main rival, Jamie’s Italian, and we enjoyed our meal  Our server, Cassidy, was charming, brilliant with the kids and couldn’t do enough to make sure we had a great time. 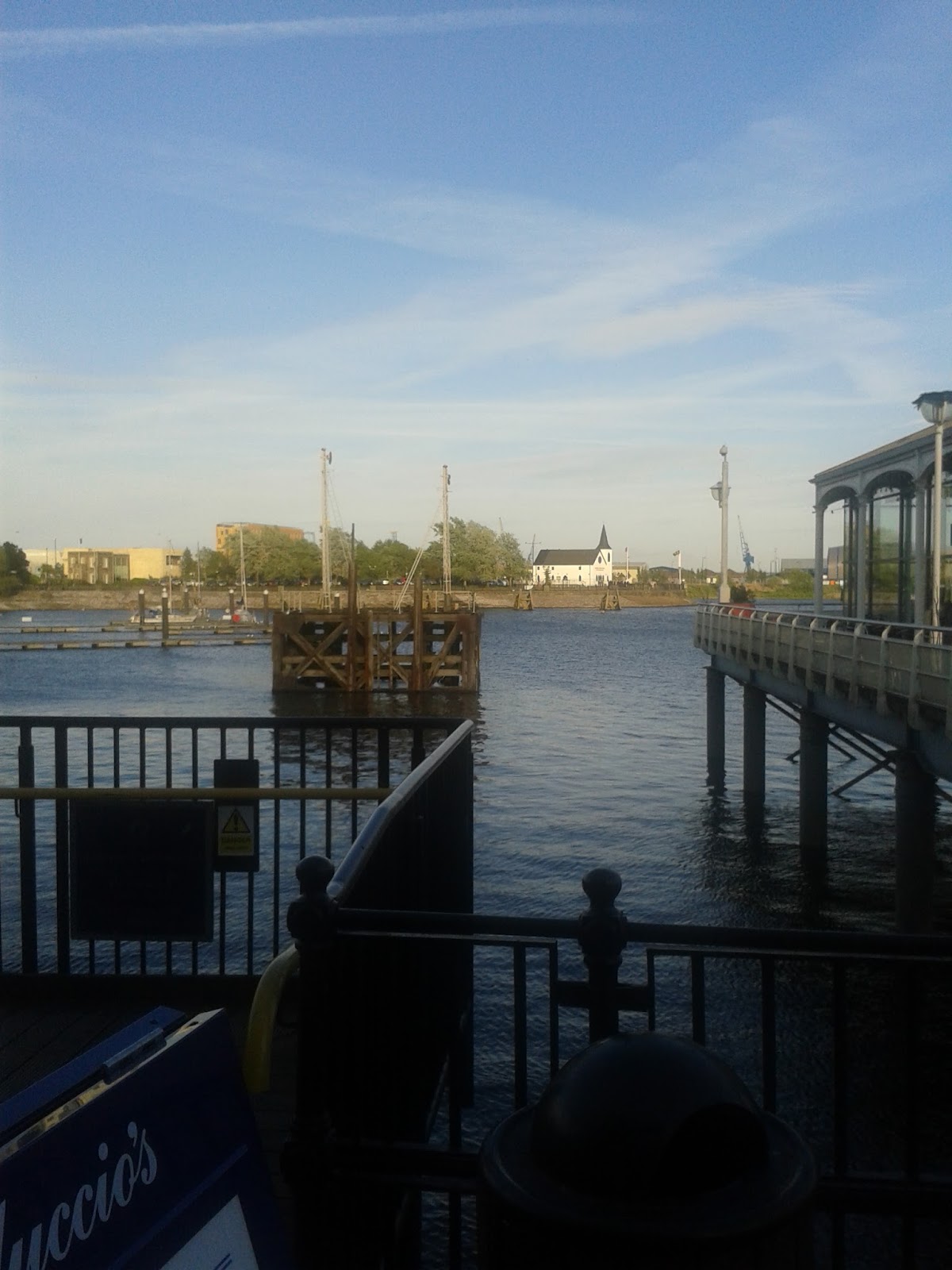 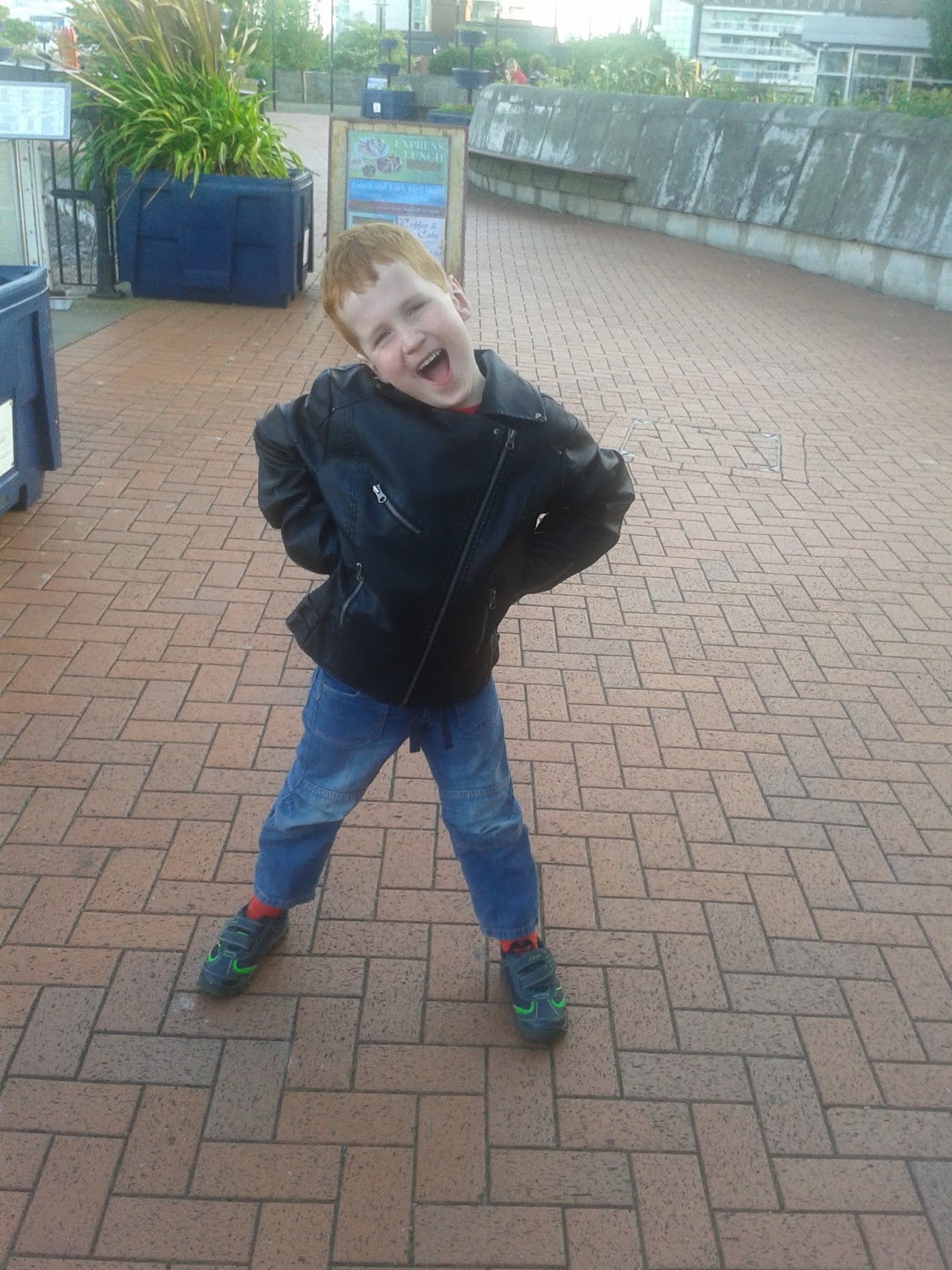 This is a completely independent review.