So my Spiderman is now 6 years old and I, like many other parents, have no clue where the last six years went. Readers of this blog will know that I had Ieuan when I was 45 years old.

Ieuan was born by elective caesarian at the University of Wales Hospital, Cardiff at 9:48 am. His sister, Caitlin was born by emergency caesarian when I was 43 and it was thought that this would be safer for Ieuan due to my age. I was given the option to deliver ‘normally’ but was too nervous to do so since Caitlin’s cord was wrapped around her neck three times.

Ieuan’s birth was relatively uneventful, save for the Husband passing out and having to be fed coffee and chocolate by the consultant whilst the rest of us waited patiently for his eyes to uncross.  Never let your husband abstain from food and water in an act of ‘solidarity’ would be my tip.  Unfortunately, at the moment he chose to blank out, the nurses were doing the ice block test to see if my spinal block had worked and I had to be returned to the trolley.

I have no truck, I should say at this point, with anyone who claims that real women do not give birth this way. I have read such rubbish since having my kids aimed at making women feel inferior because they did not ‘push’.  I’m assuming that these critics are part of the same group of breast-feeding nazis who decree that breast is best to the exclusion of all else, including common sense and empathy with new mothers.

Ieuan has grown into a delightful, caring little boy who I’ve nicknamed “the Chairman of the Board” because when he’s out and about (usually dressed as Spiderman) he addresses all and sundry, talks to anyone and flirts outrageously with any girl or woman he considers to be “foxy”.

You may not believe in Astrology but Ieuan, being a Cancerian shows quite a few decidedly Cancerian traits (“Cancerians need a lot of attention due to their unpredictable character”:  They are intuitive, insightful and have an excellent memory”). Cancerians are loving and loyal, although they can be moody, cranky and, er, crabby. They are also supposed to love their food and luckily Ieuan is moving out of his “half boy, half peanut butter” phase to try a wider variety of foods and, occasionally, vegetables).

Ieuan’s favourite things at this stage of his life (apart from any Marvel superhero) include Lego, swimming, wrestling with his father (it was a complete shock to me, never having had a brother, to find how rough boys are at play!) and, just recently, Harry Potter.  I suspect he may be now be occasionally dressed as a wizard.  He loves Cherry Bakewells and Quavers and has probably broken a Guinness Record for the consumption of pears and bananas.  His squash has to be blackcurrant and his pasta requirement is for spaghetti or fusilli (‘curly pasta’) only. His current favourite phrase is “I’ll do it tomorrow”!

His party this year was a superhero party at Hamleys in Cardiff (one of their many themed parties) and he had a wonderful time surrounded by Batman, Supergirl and Batgirl plus his superhero friends. 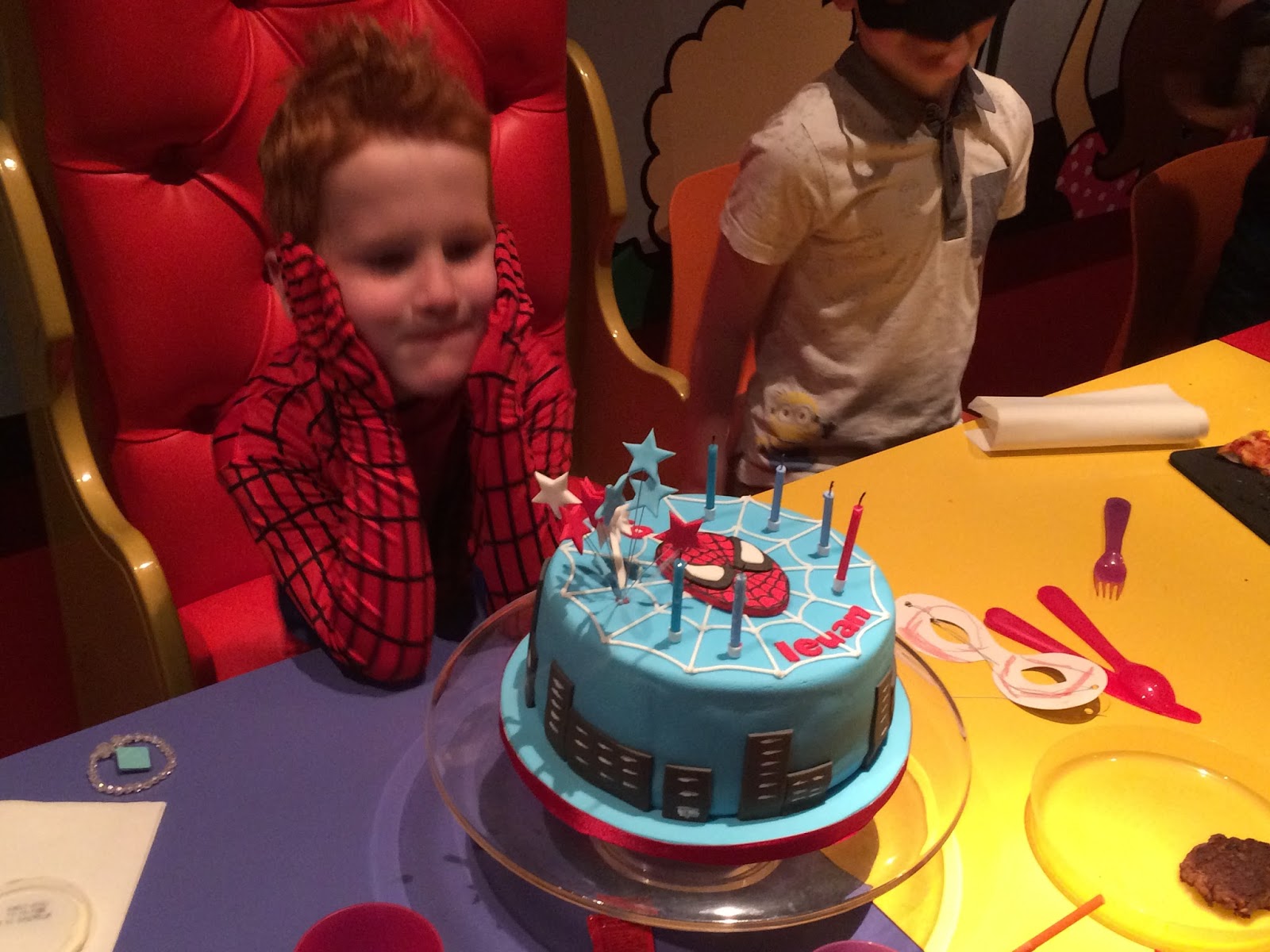 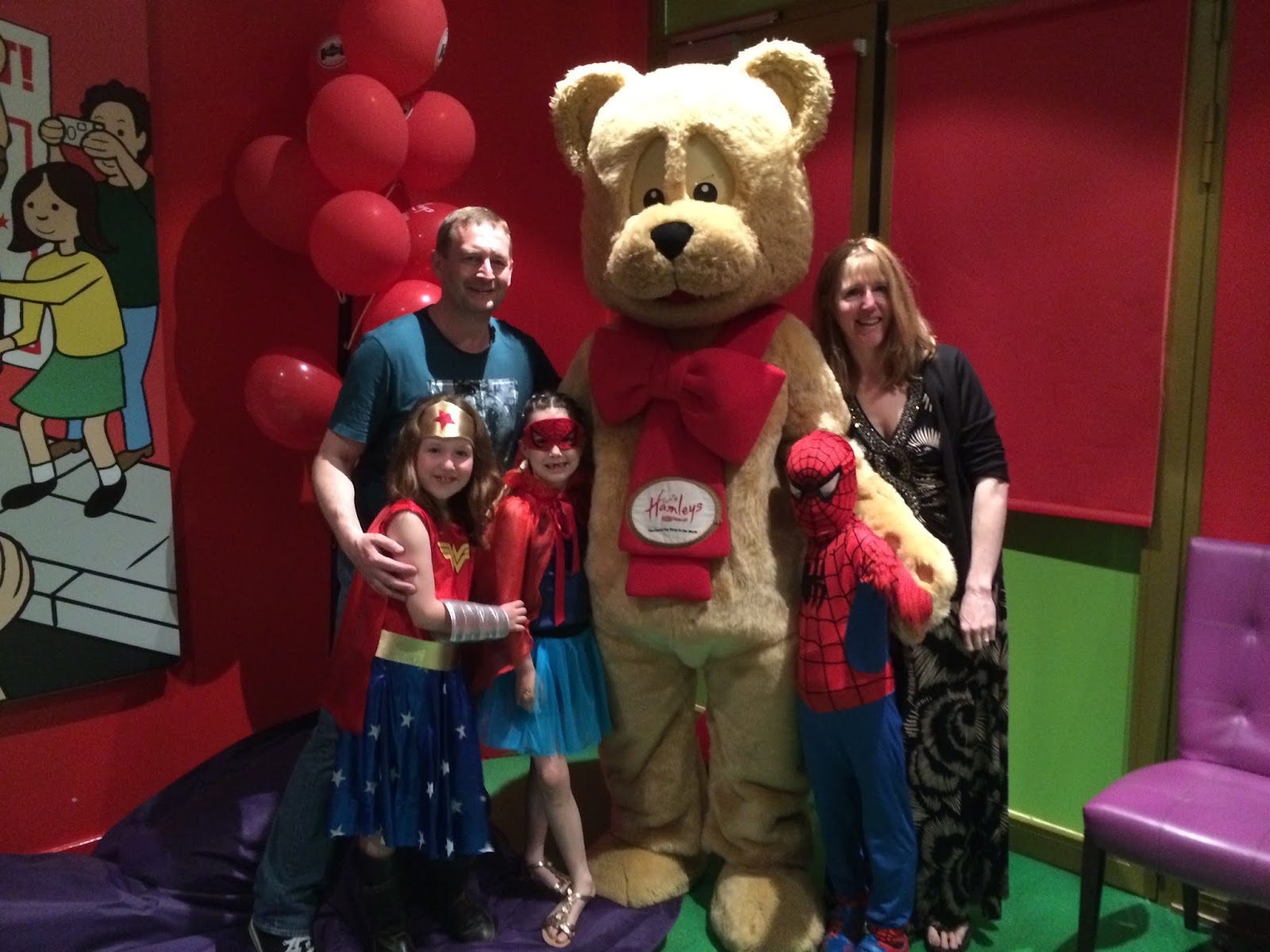 Hamley bear popped in to say hello and to dish out hugs. 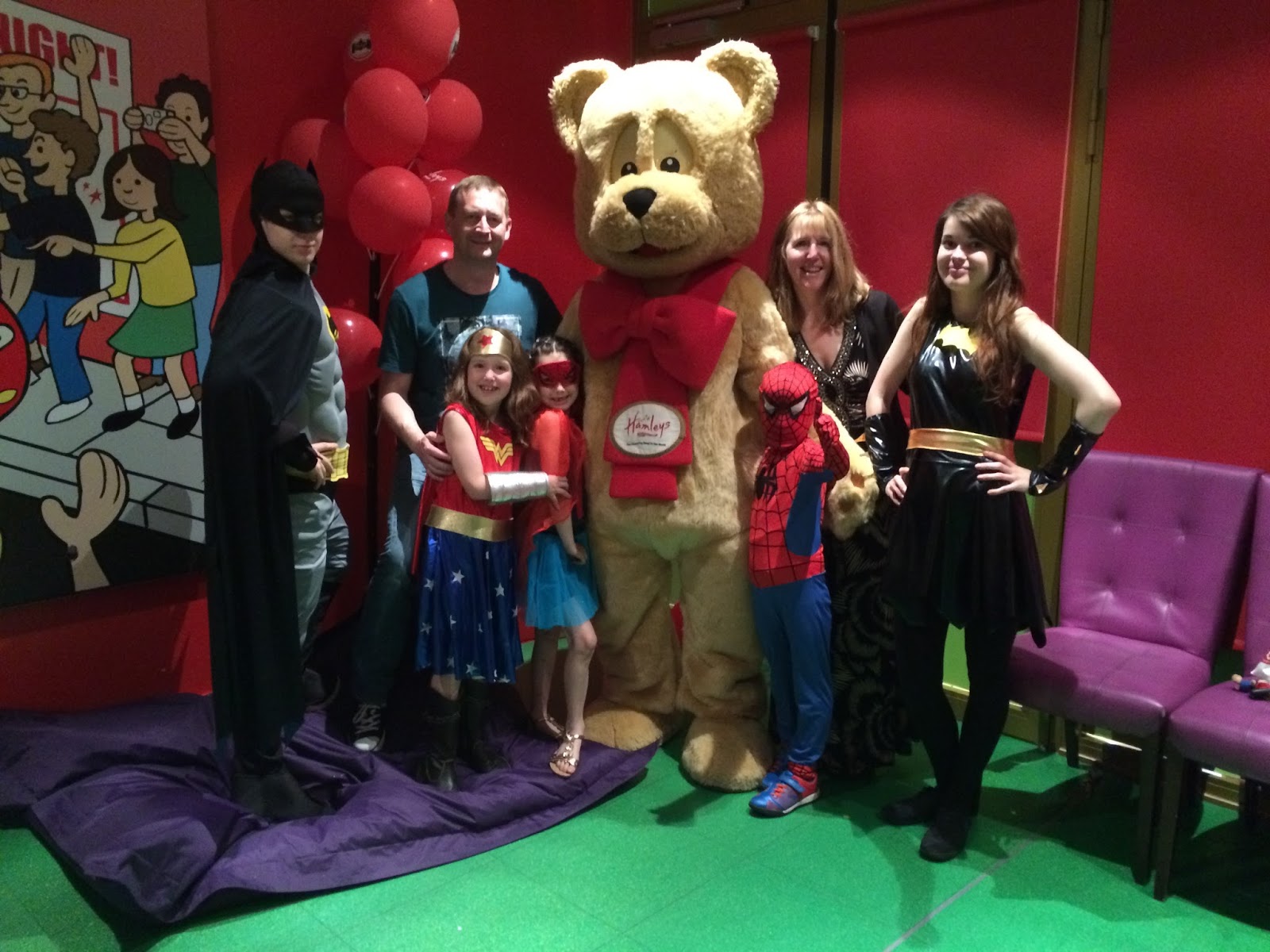 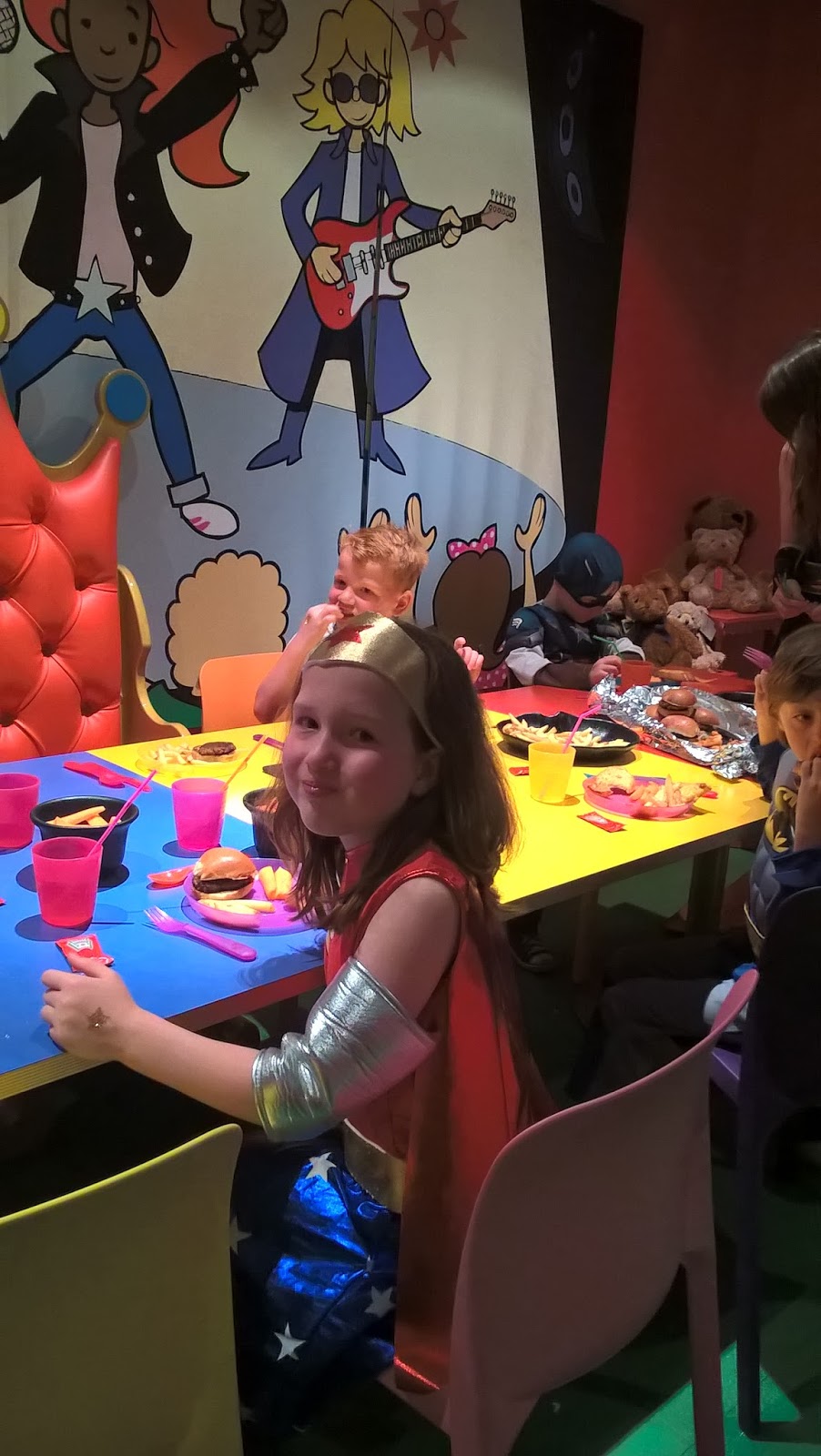 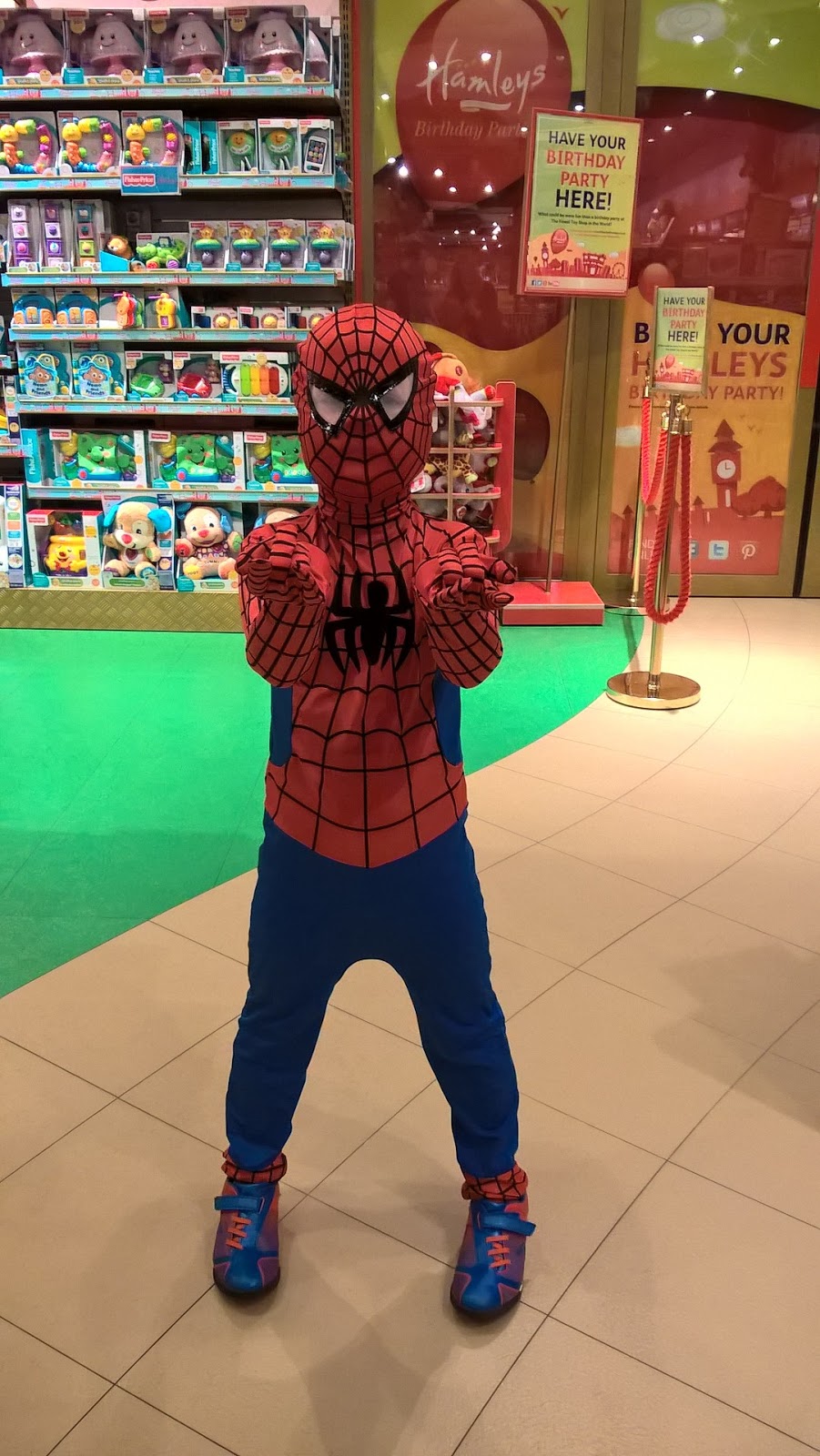 I can’t believe Ieuan will be going into Year 2 in September. They grow up so fast, don’t they?