A rainy late holiday Sunday and we are back on the trail of Wales’ historic treasures, protected for future generations to enjoy by Cadw (the Welsh Government’s Historic Environment Service). This time we are off to William Herbert’s (the first Earl of Pembroke 1423 – 1469) Raglan Castle. 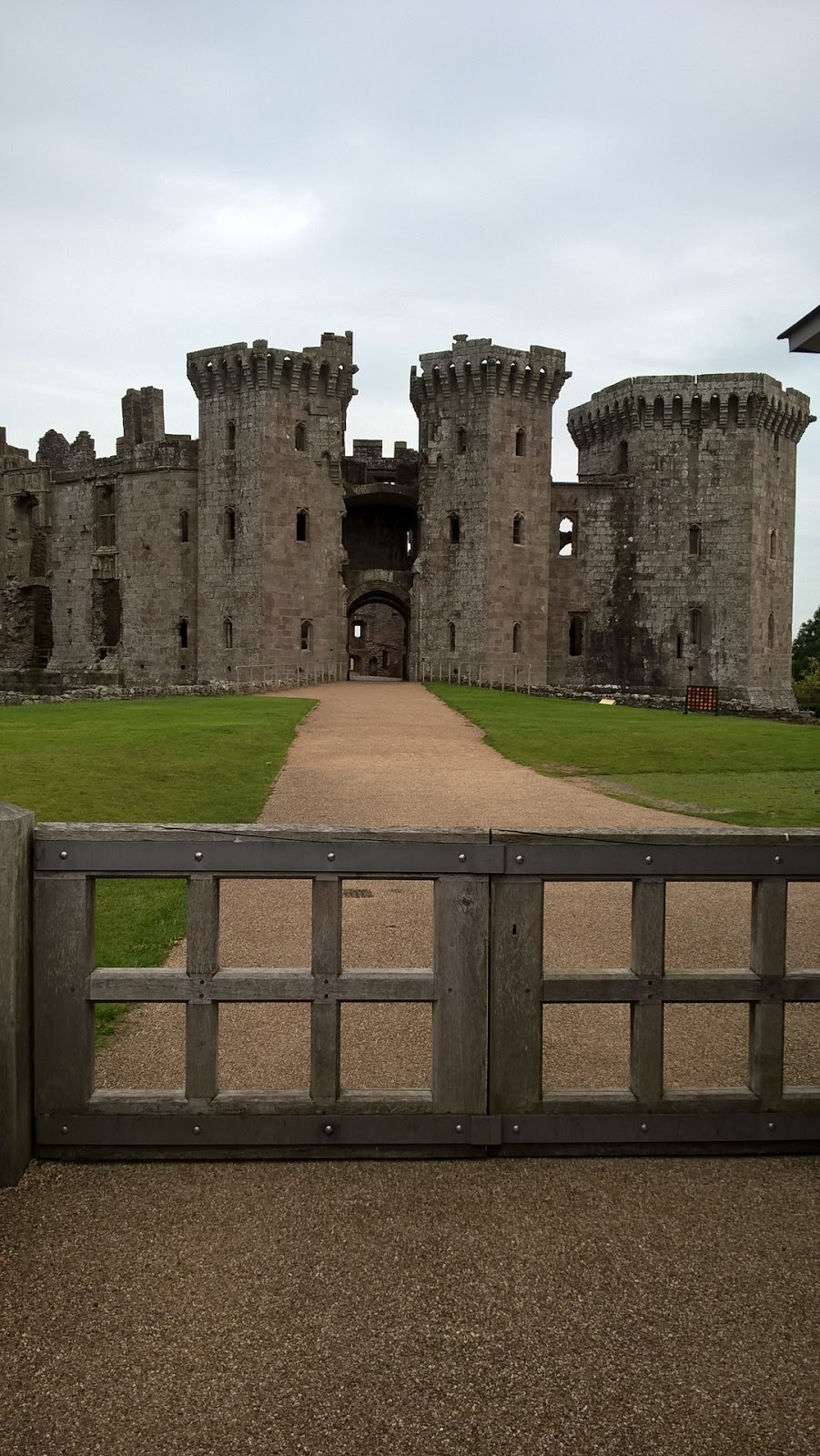 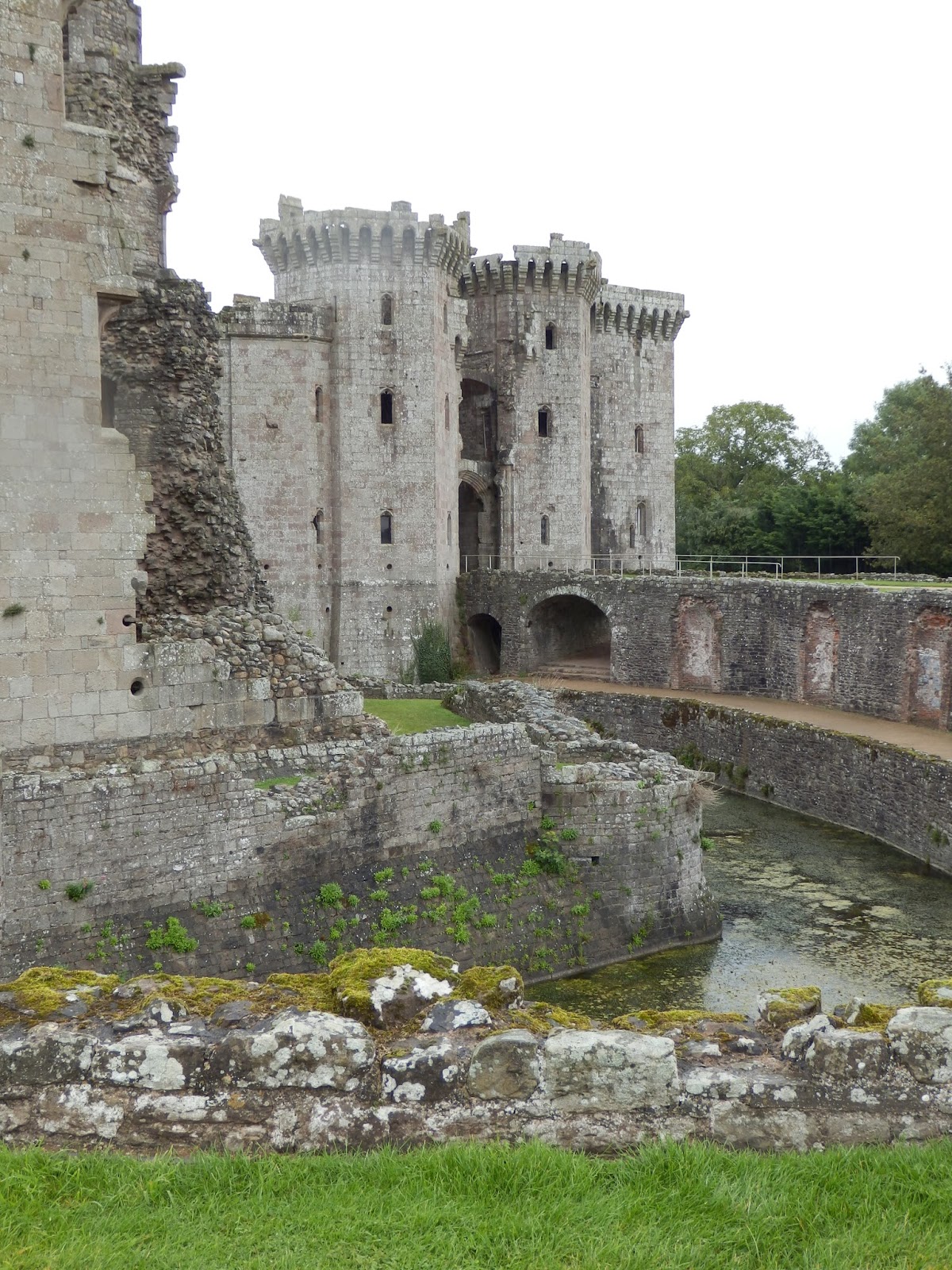 It is much more showily built than Caerphilly Castle, have a more genteel kind of grandeur.

Nevertheless, Raglan Castle still held off Oliver Cromwell’s forces for thirteen weeks in one of the last sieges of the Civil War. 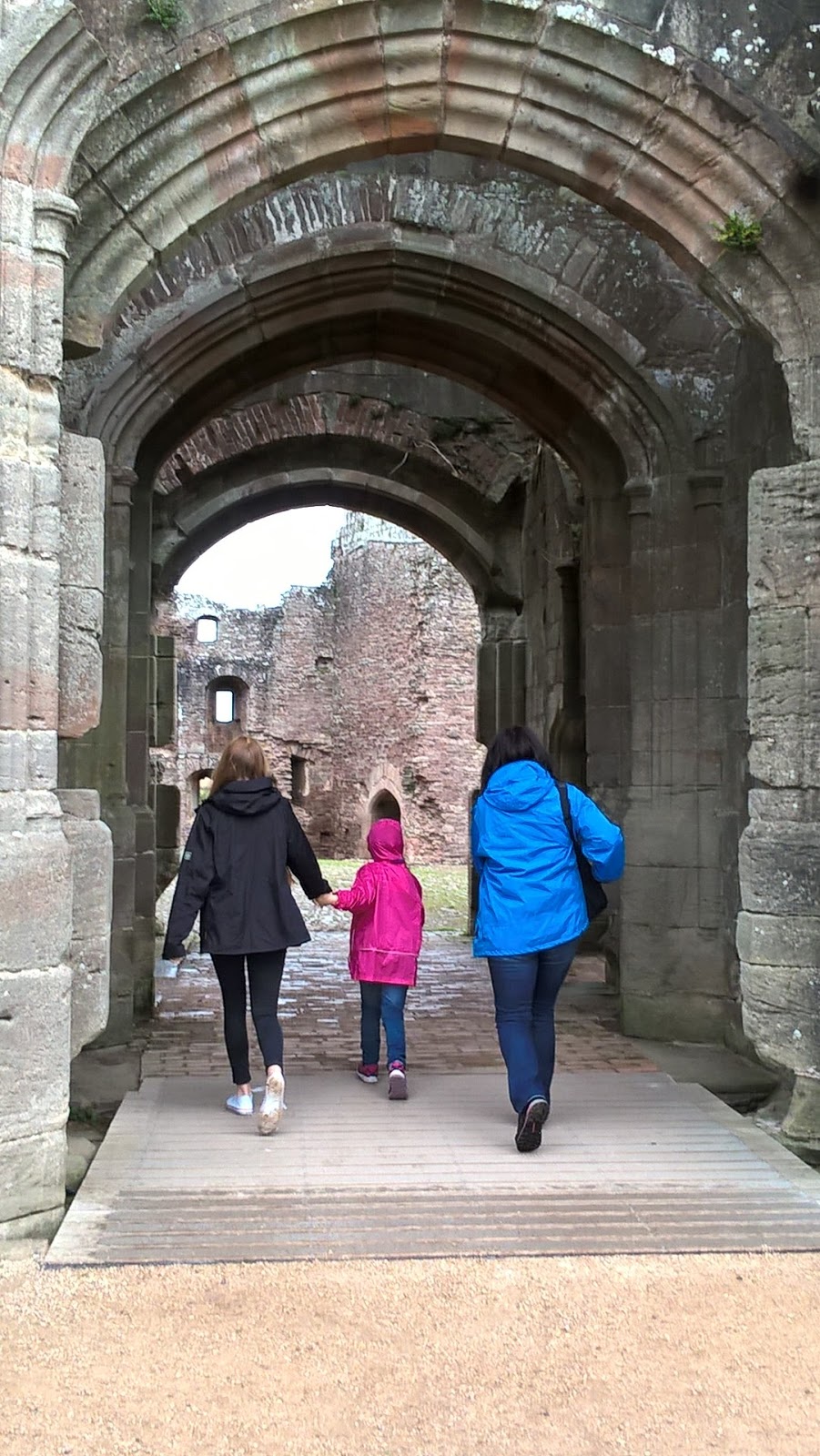 With fantastic views of the rolling Monmouthshire countryside and in a very peaceful setting, part of Raglan’s charm for me is its almost seclusion from the hustle and bustle of daily life.

You really do take time out to enjoy Herbert’s statement of wealth and power which, despite the ruins, still shines through.

This was a man determined to make his mark. 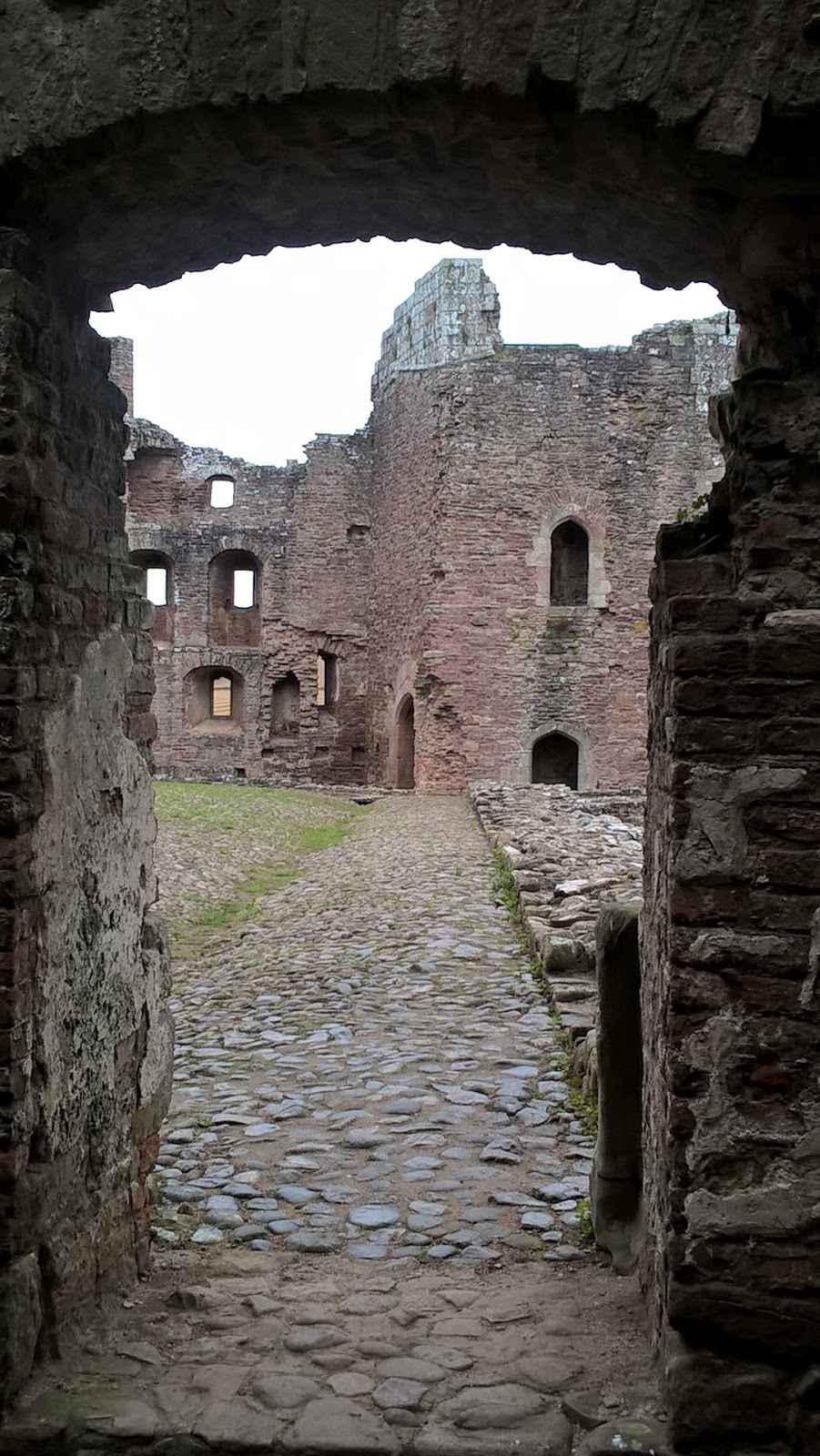 Construction of the castle didn’t begin until the 1430s which is considered unfashionably late by about 150 years but there were some amazing ‘modern’ features.

Large mullioned windows brought light to bathing rooms and there was the Oriel window, a huge bay window which is one of Raglan’s defining features.

You can see one of these Tudor panels on show in the Visitor Centre.

The Buttery, located behind the Great Hall has reopened to the public and was recently used to film an episode of BBC’s Merlin.

Our trip to Raglan had a dual purpose – to enjoy the castle and to meet up with my sister, Sarah and friend Anil.

Cousin Georgia, who had been staying with us for a few days and thus subject to endless crafting, role play and general din from Caitlin and Ieuan, was very glad indeed to be reunited with her mother.

I was hoping for a quiet meander through the corridors of power and some limpid gazing across the meadows, swiftly followed by a trek to the lovely farmhouse behind the castle which serves hot lunches and afternoon teas.

Caitlin had swiftly split the group into two groups for a game of hide and seek.

I’m not sure if you have experienced the force field that is a 7-year-old girl but we split into teams and set off.

The towers and corridors are just made for hiding and getting lost in.

Did I mention it was raining? 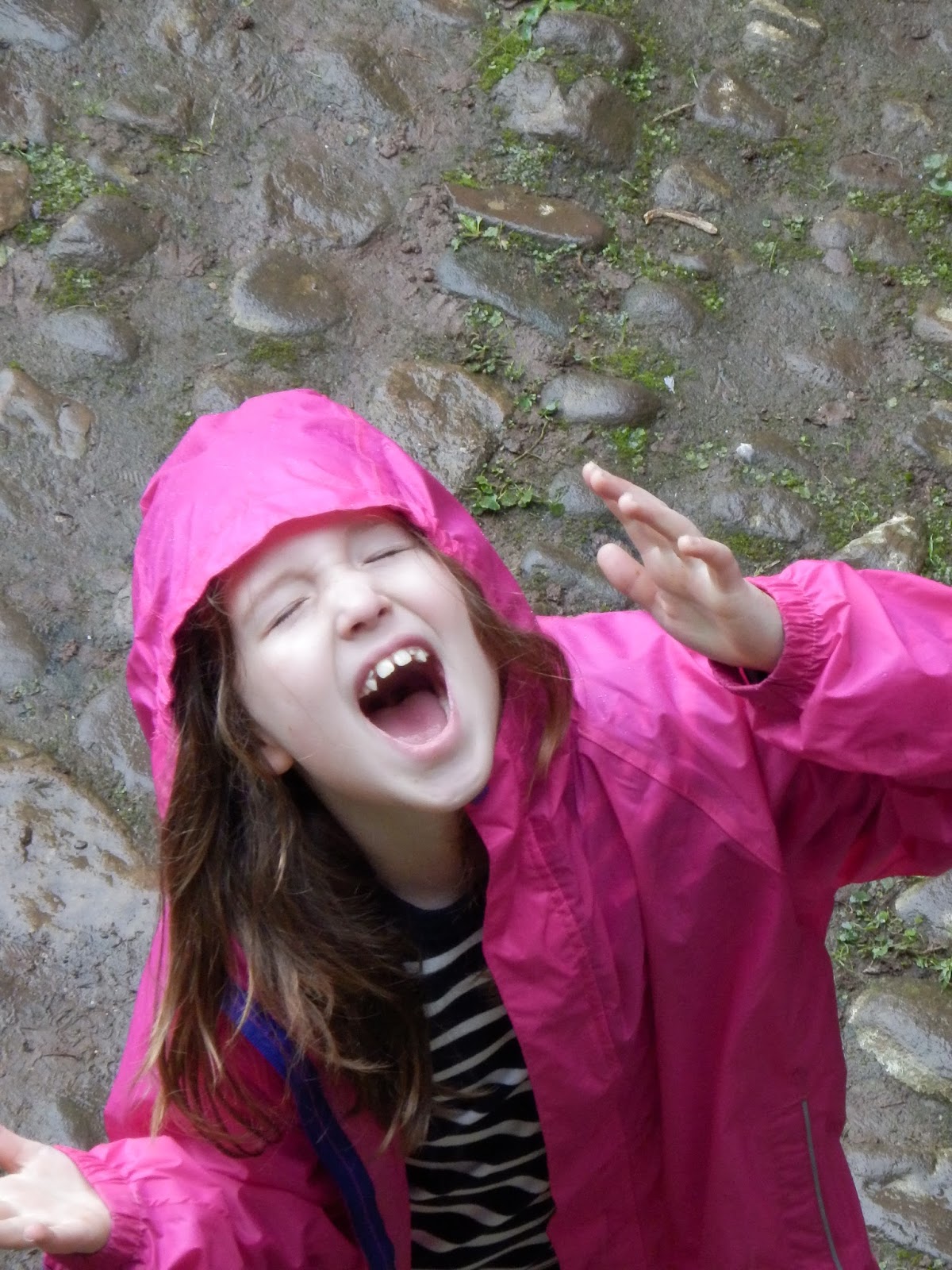 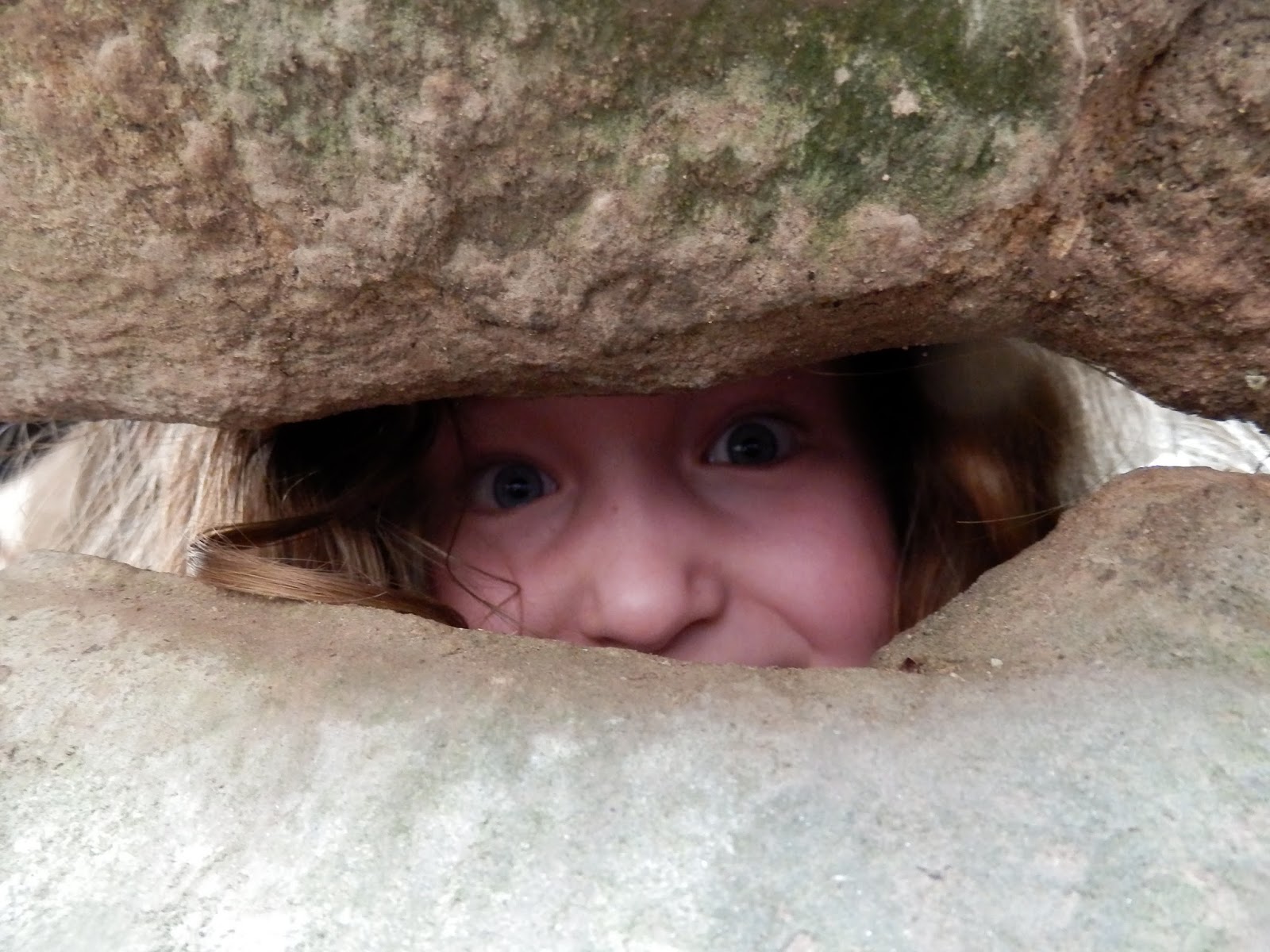 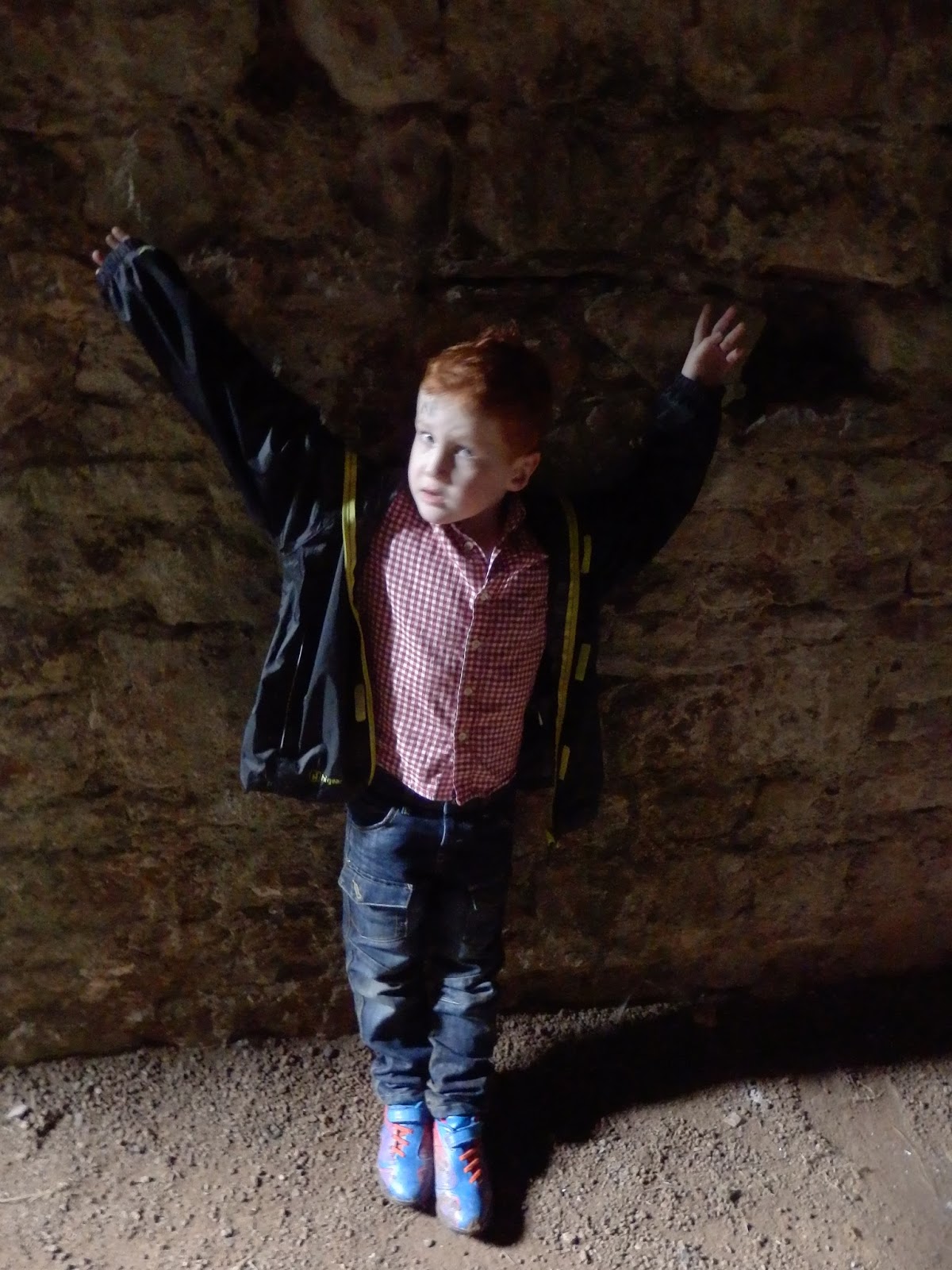 Ieuan was not thrilled to be left in the dungeon. 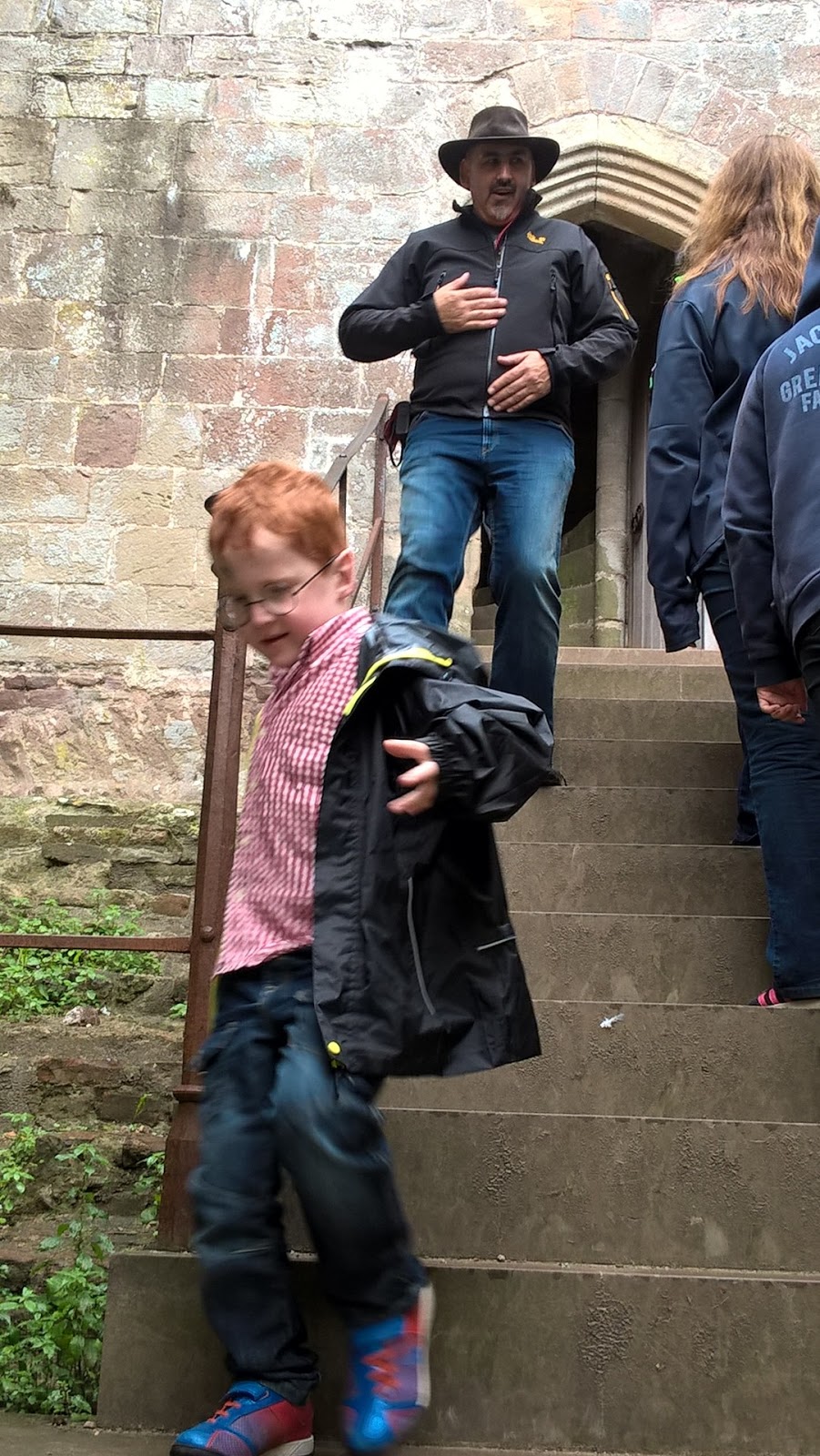 Anil, having palpitations trying to keep up with Ieuan / Harry Potter.  Ieuan has also recently been claiming to be “Usain Bolt’s Son”. 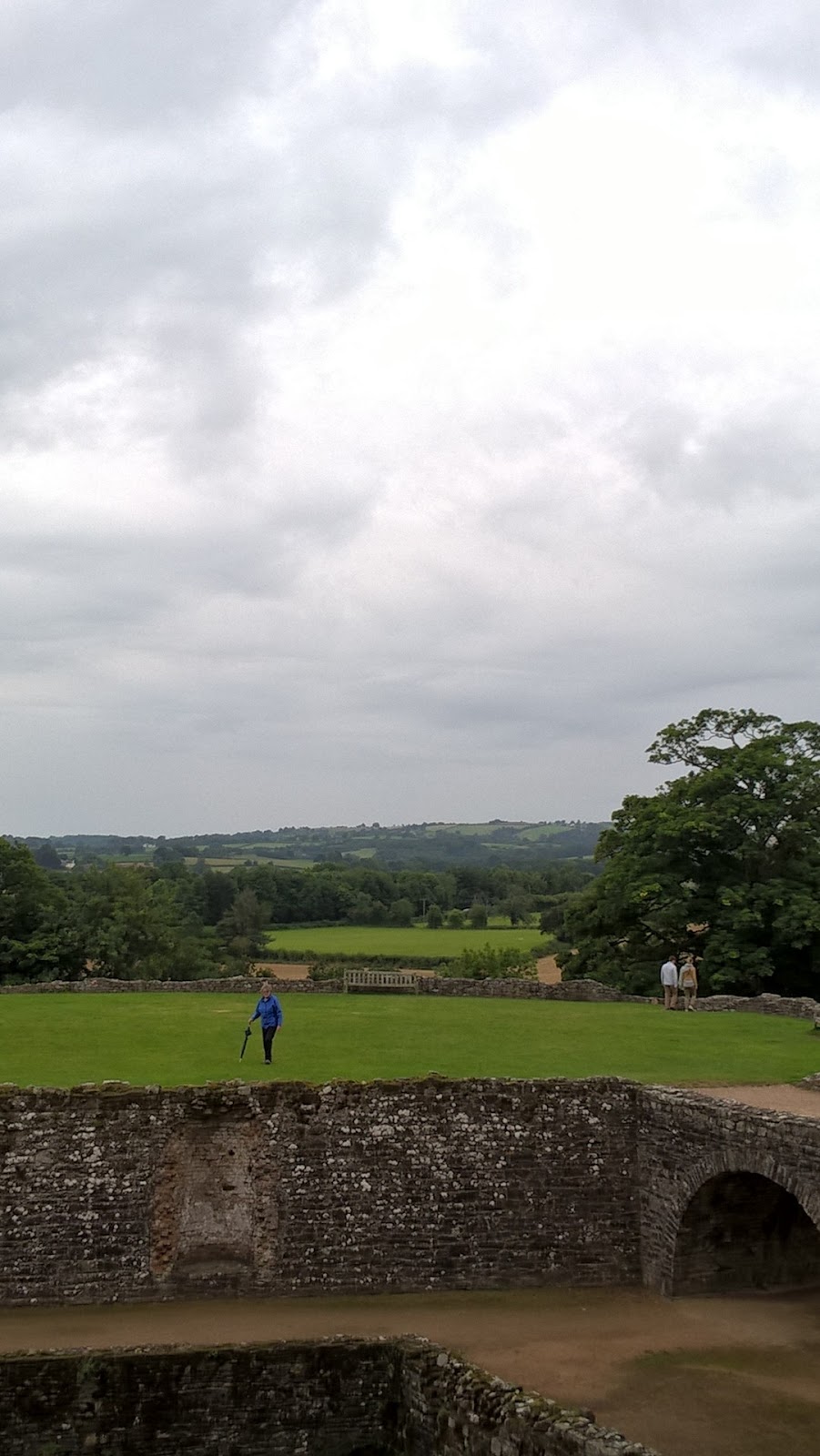 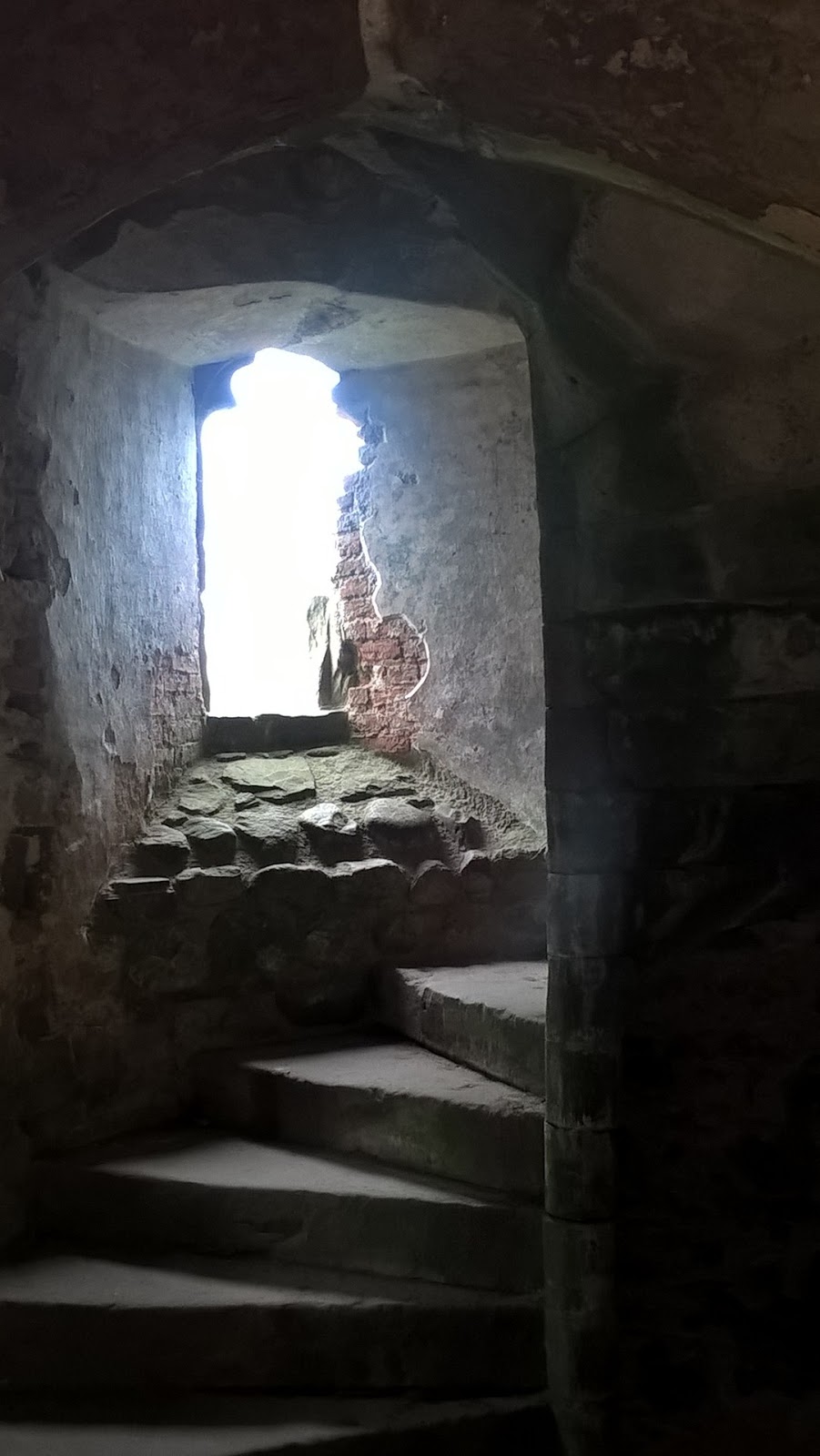 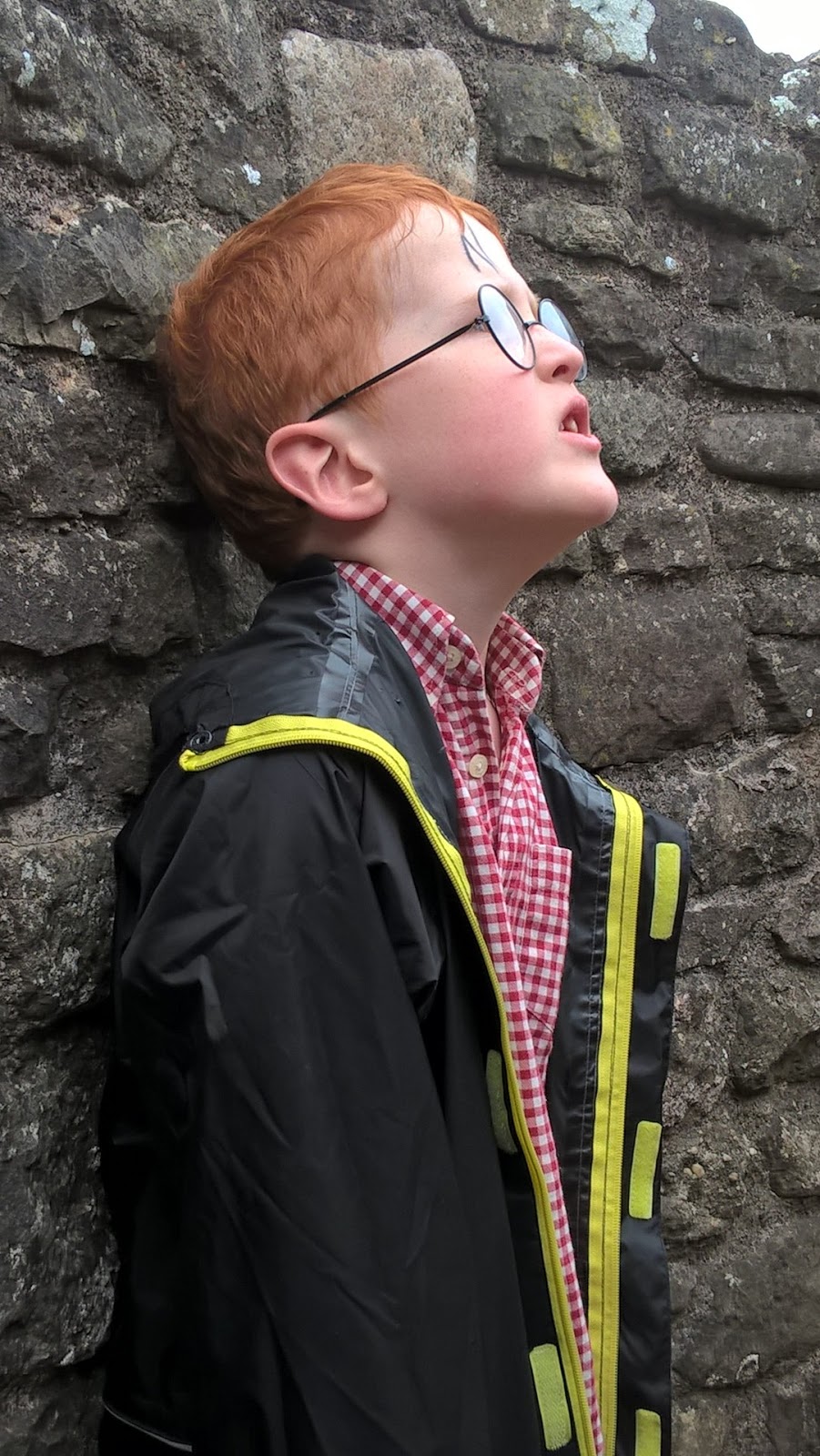 After a good hour or so of running up and down towers, we got to know Raglan rather well. 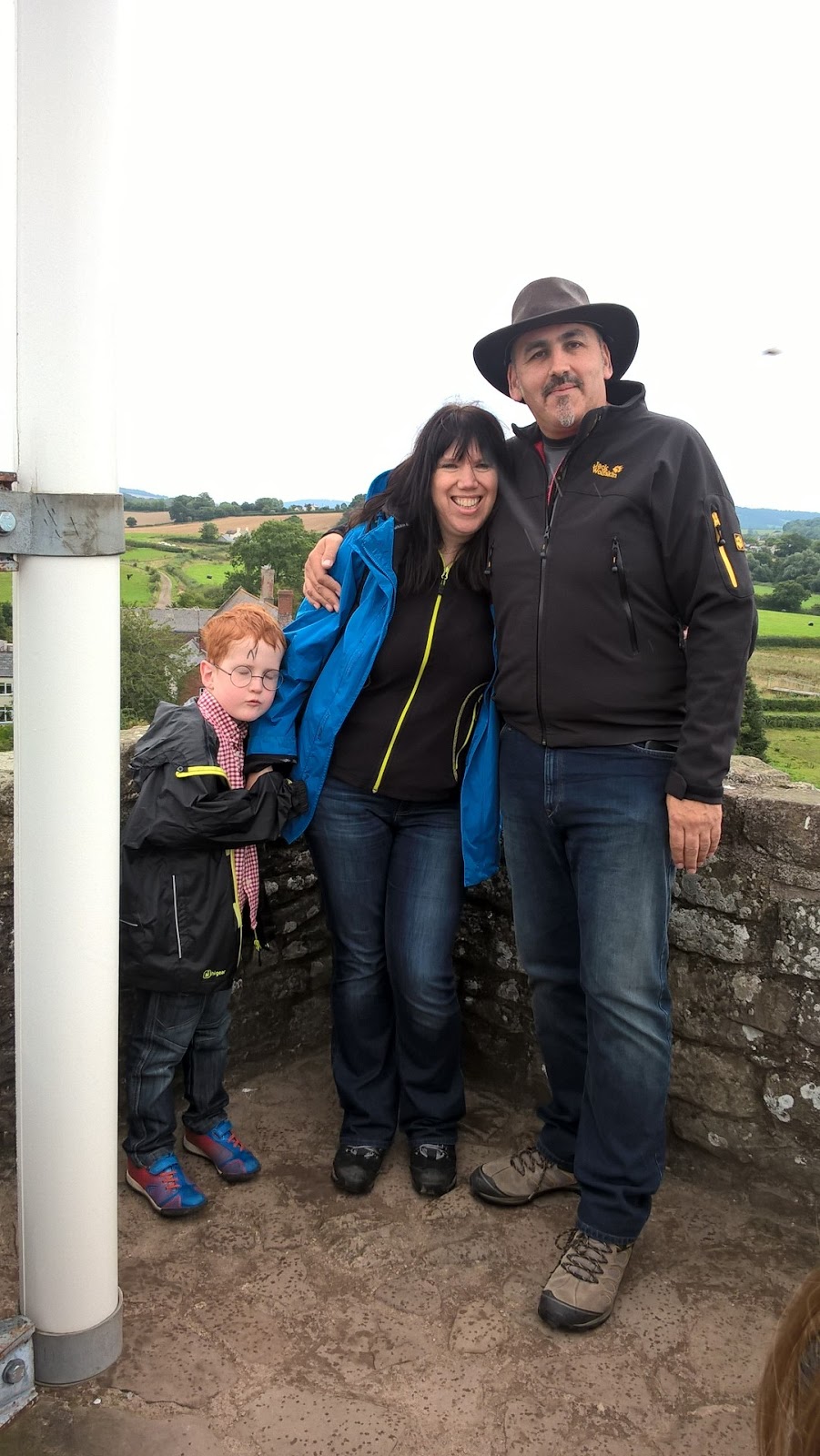 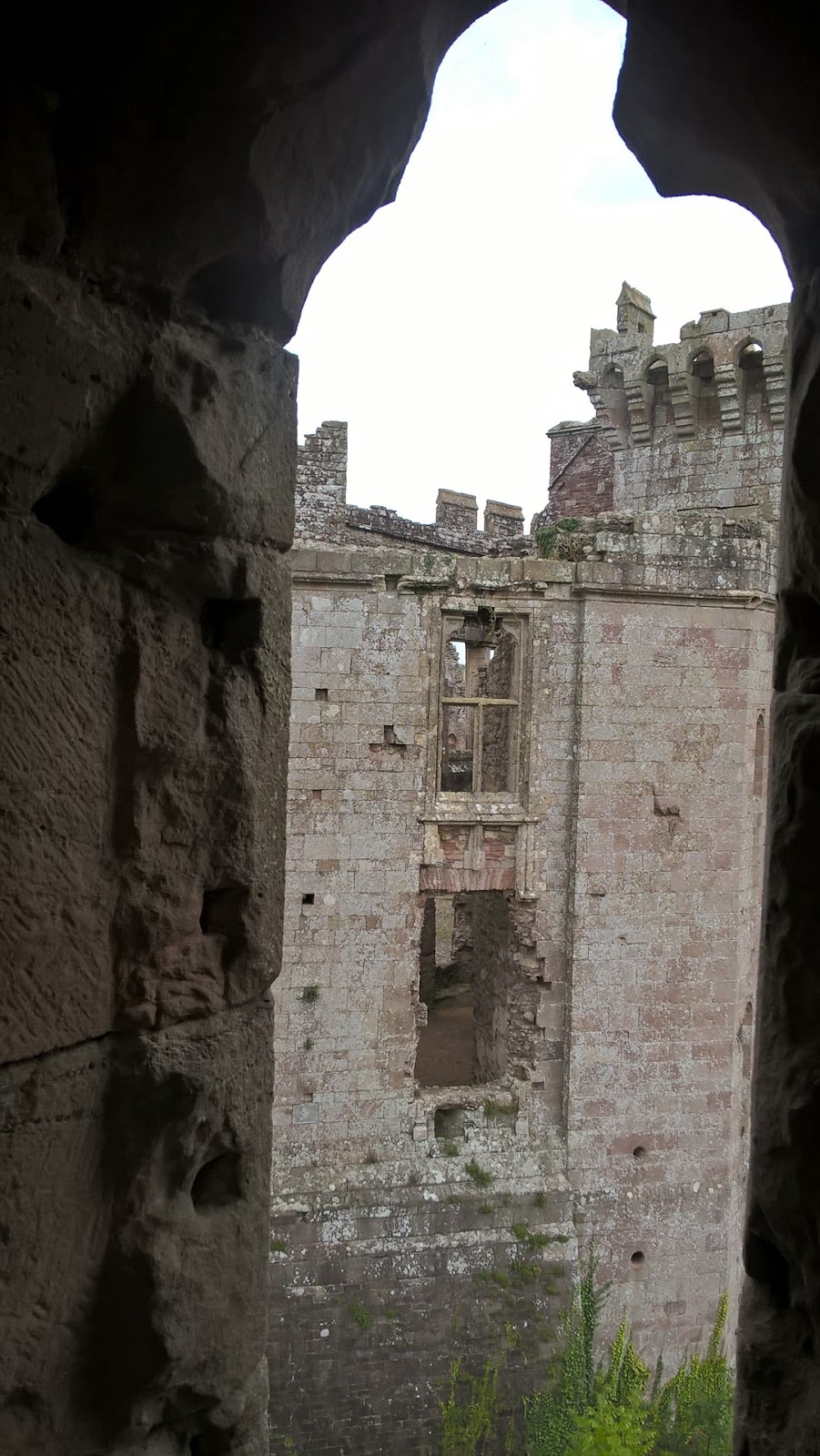 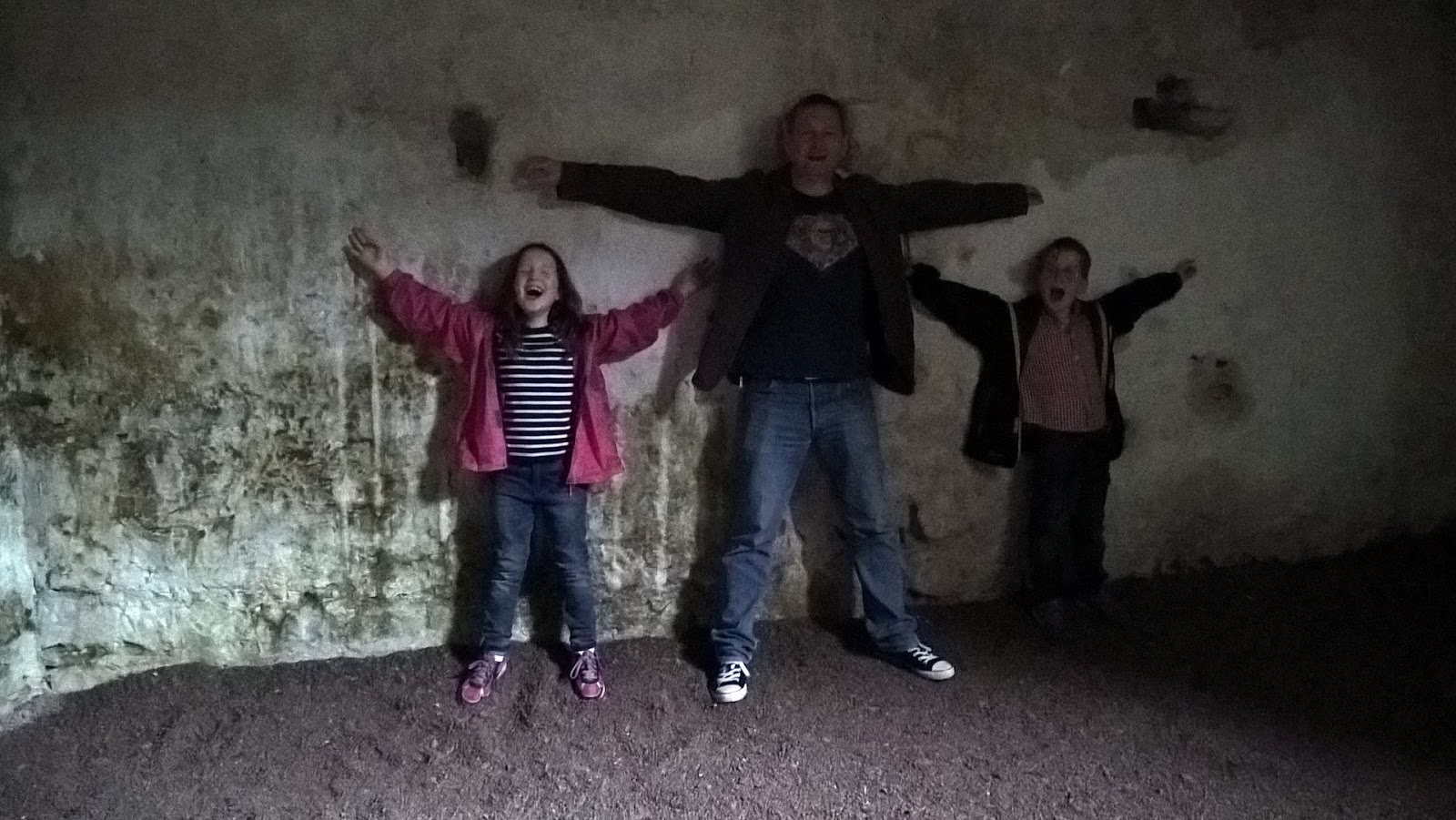 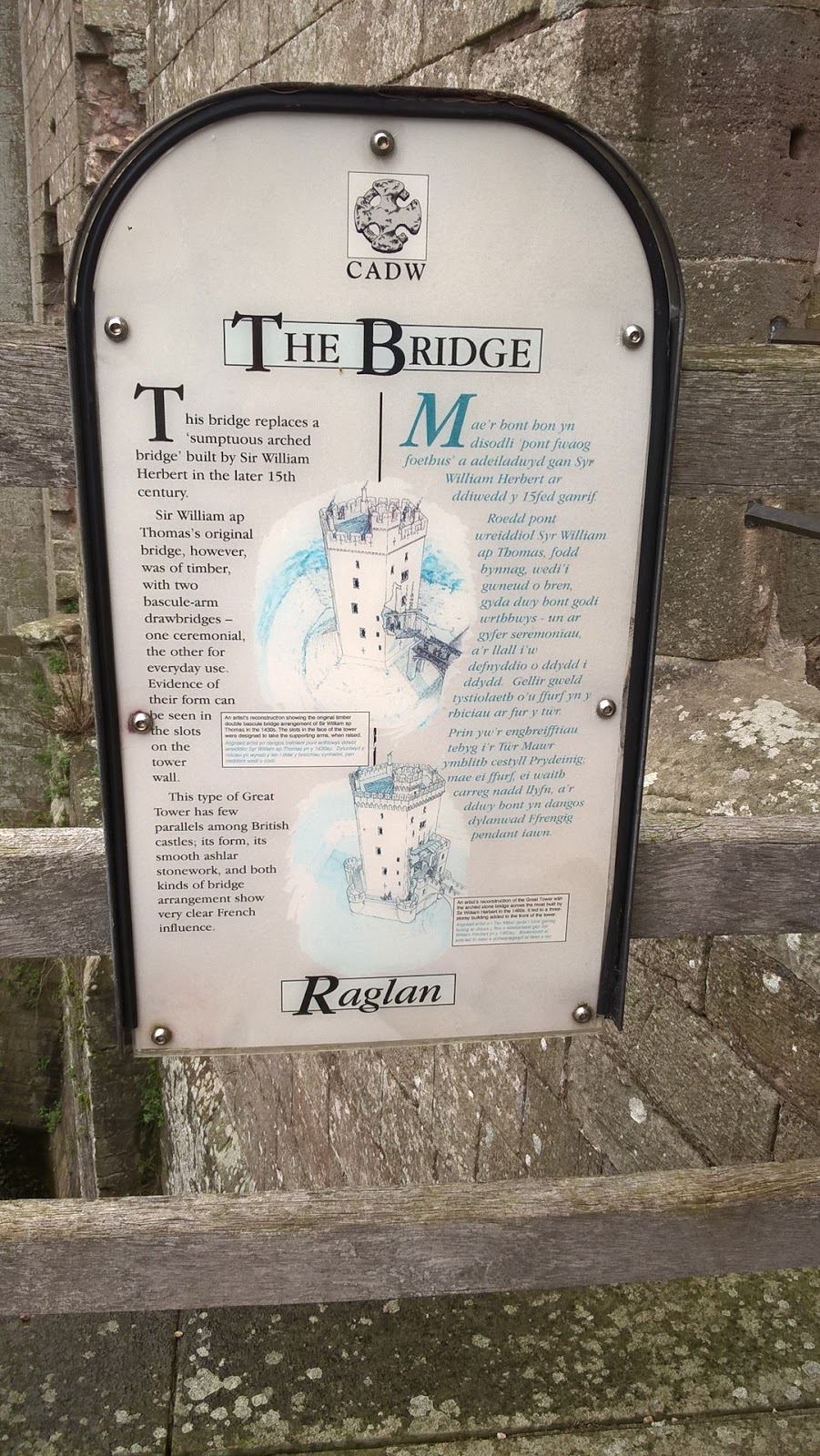 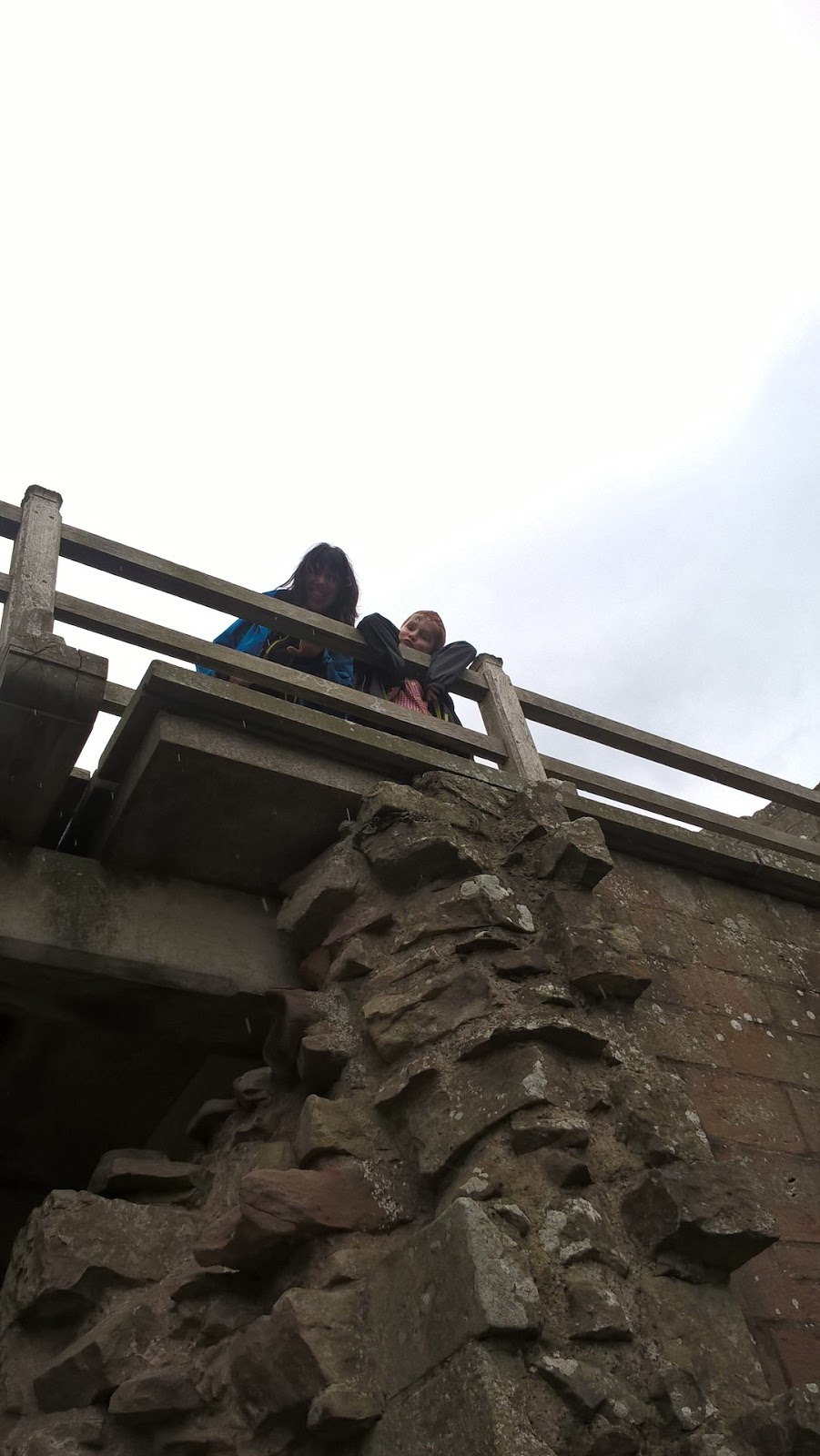 The facilities are excellent at Raglan.  There is free car parking just outside the castle gates.  There are toilets and a well laid out visitor centre/gift shop. 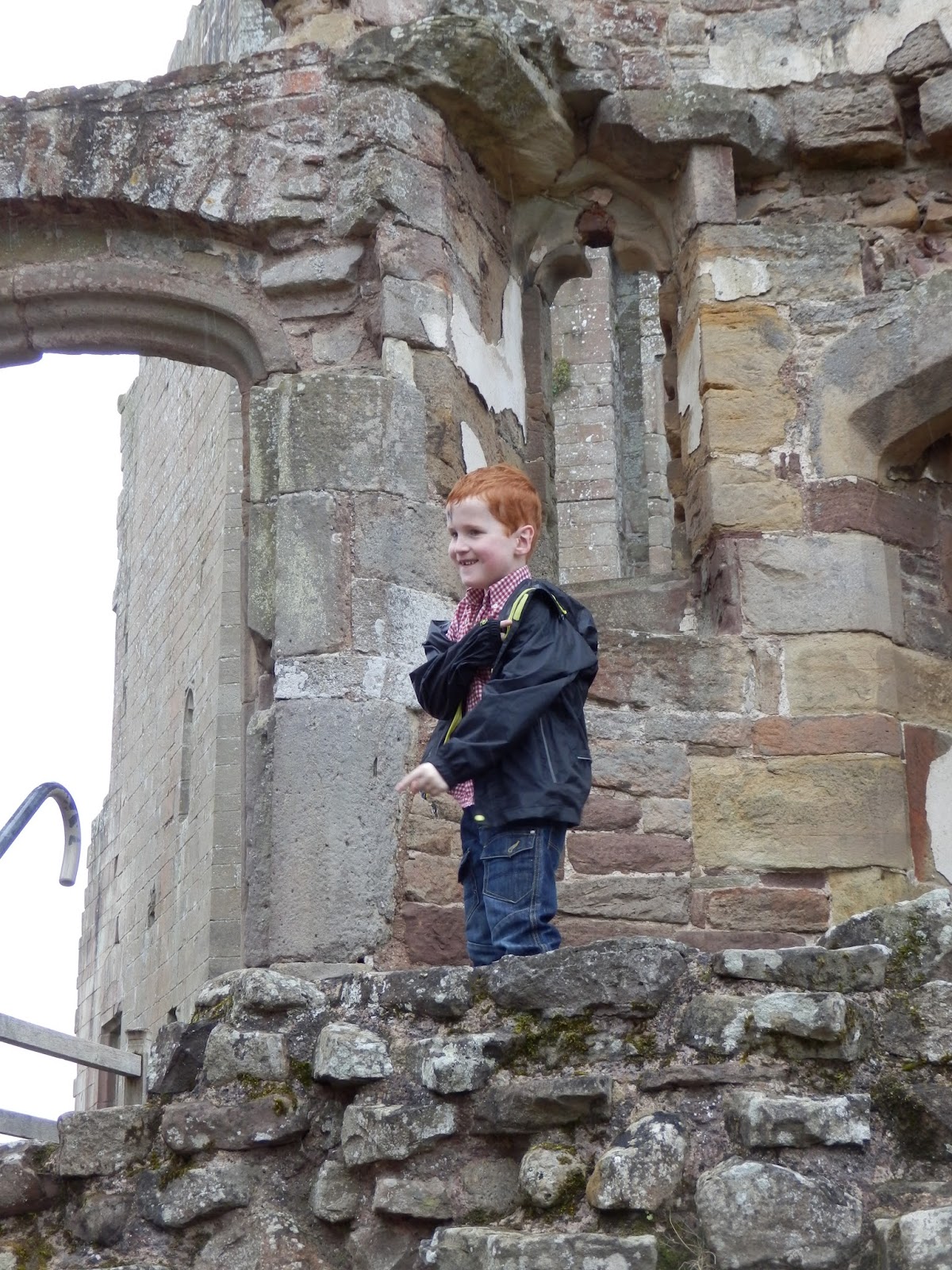 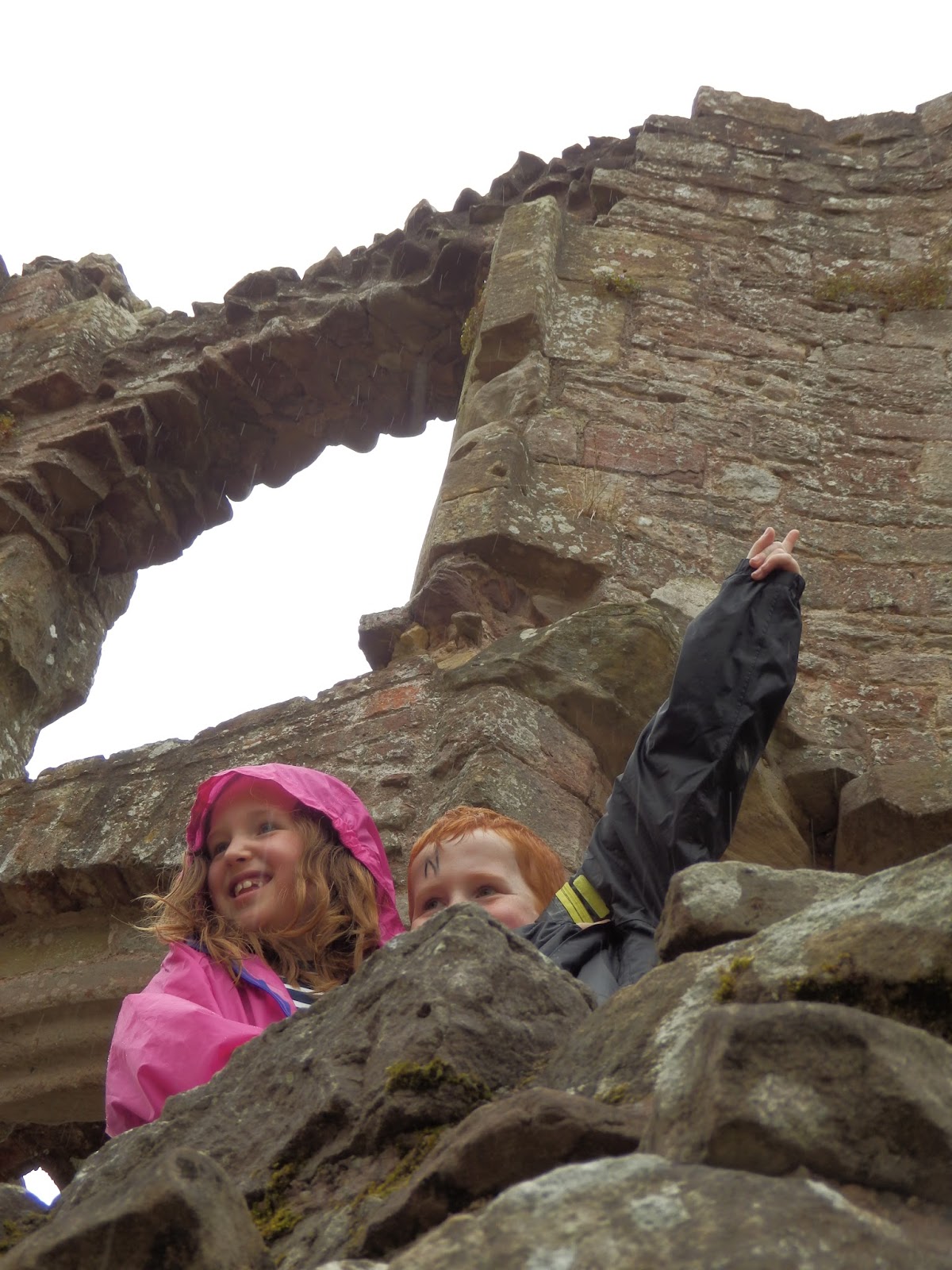 Entry to Raglan Castle is free if you are a member of Cadw, otherwise, a family ticket is £13.50.

As at Caerphilly Castle, there is a £10 reduction in the membership fee if you join Cadw on one of their sites.  Incidentally, it is worth noting that membership of Cadw includes half-price entry to English Heritage and Historic Scotland sites in your first year and free entry on renewal.

In the gift shop, I was able to stock up on my favourite Welsh Cakes before we went down to the farmhouse for lunch.

The Husband and I had curries and the kids had chicken sandwiches followed by ice cream and cake with coffees for us.  The bill was in the region of £35.

We had a lovely time at Raglan, despite the weather.

It is an easy drive of approximately an hour from Cardiff and the kids just love running around in the open spaces and exploring the winding turret stairs.

We’ll be back.  As long as we can catch ‘Usain Bolt’s Son” first of course.

Further information can be found at: www.cadw.gov.wales.