As is becoming customary on a Sunday, we gathered round for a session of board-game playing – this time trying out “Hotel Tycoon” from Esdevium Games.

We loved Disney Pictopia and Dobble so were looking forward to trying this one too. 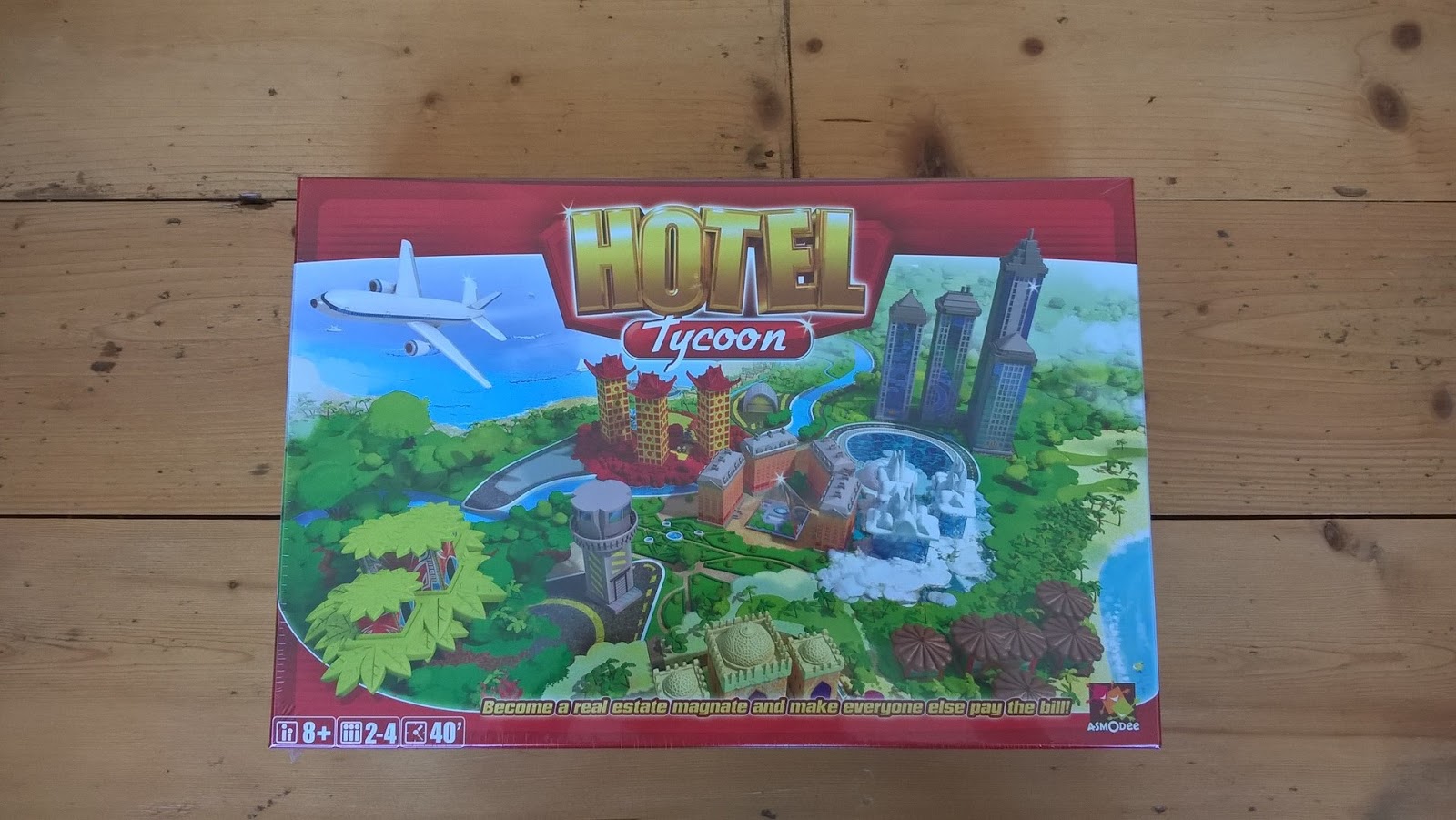 Hotel Tycoon sees players try to buy and build the best hotels, earn the most money and bankrupt their opponents. And once you’ve secured your land and built your hotel, you can charge players who end up outside your hotel entrance.  The more luxurious your hotel, the more money your ‘guest’ has to pay. 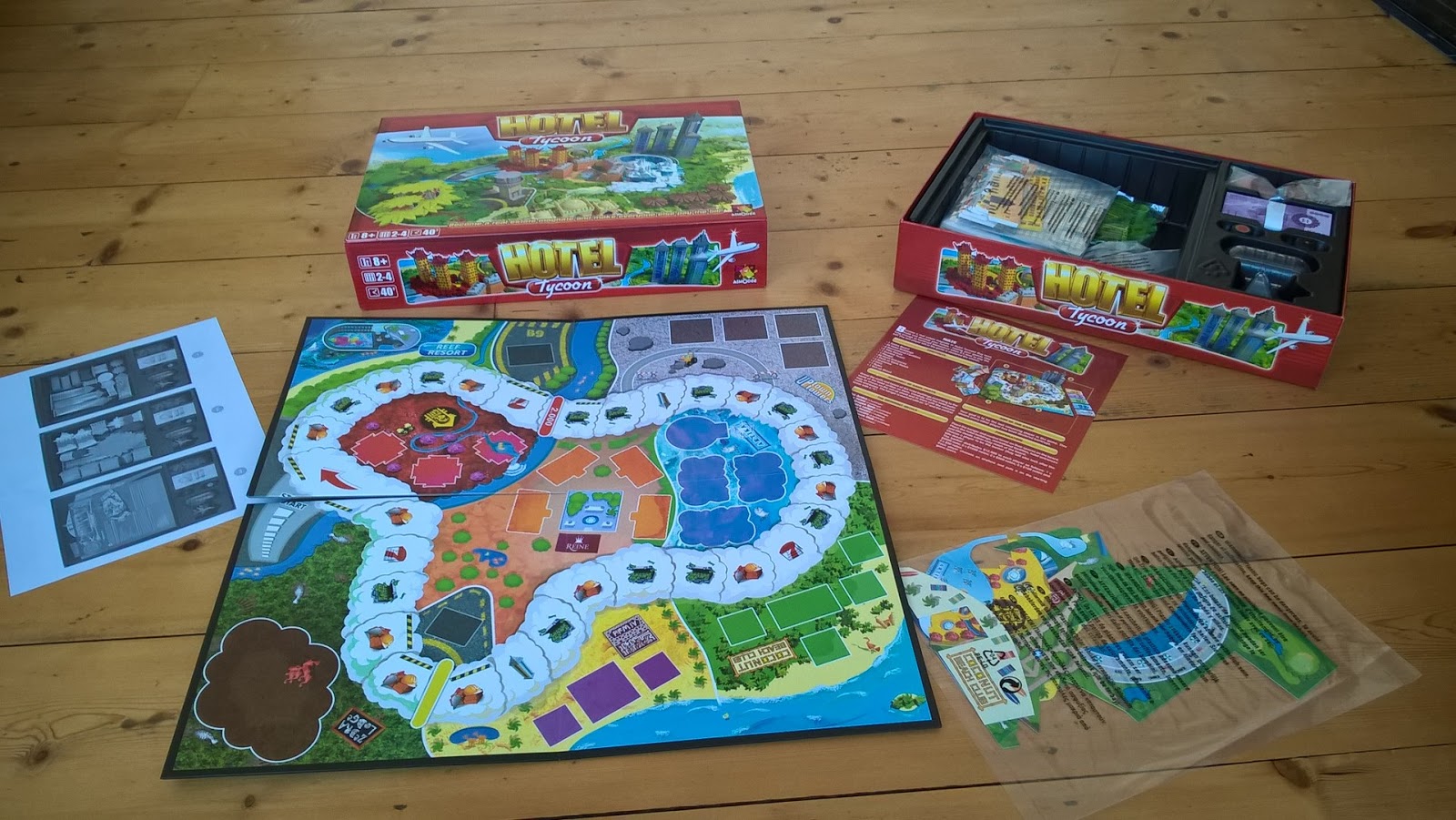 The suggested age range for this one is 8+ and we found this to be right as it was a little too complex for Ieuan. 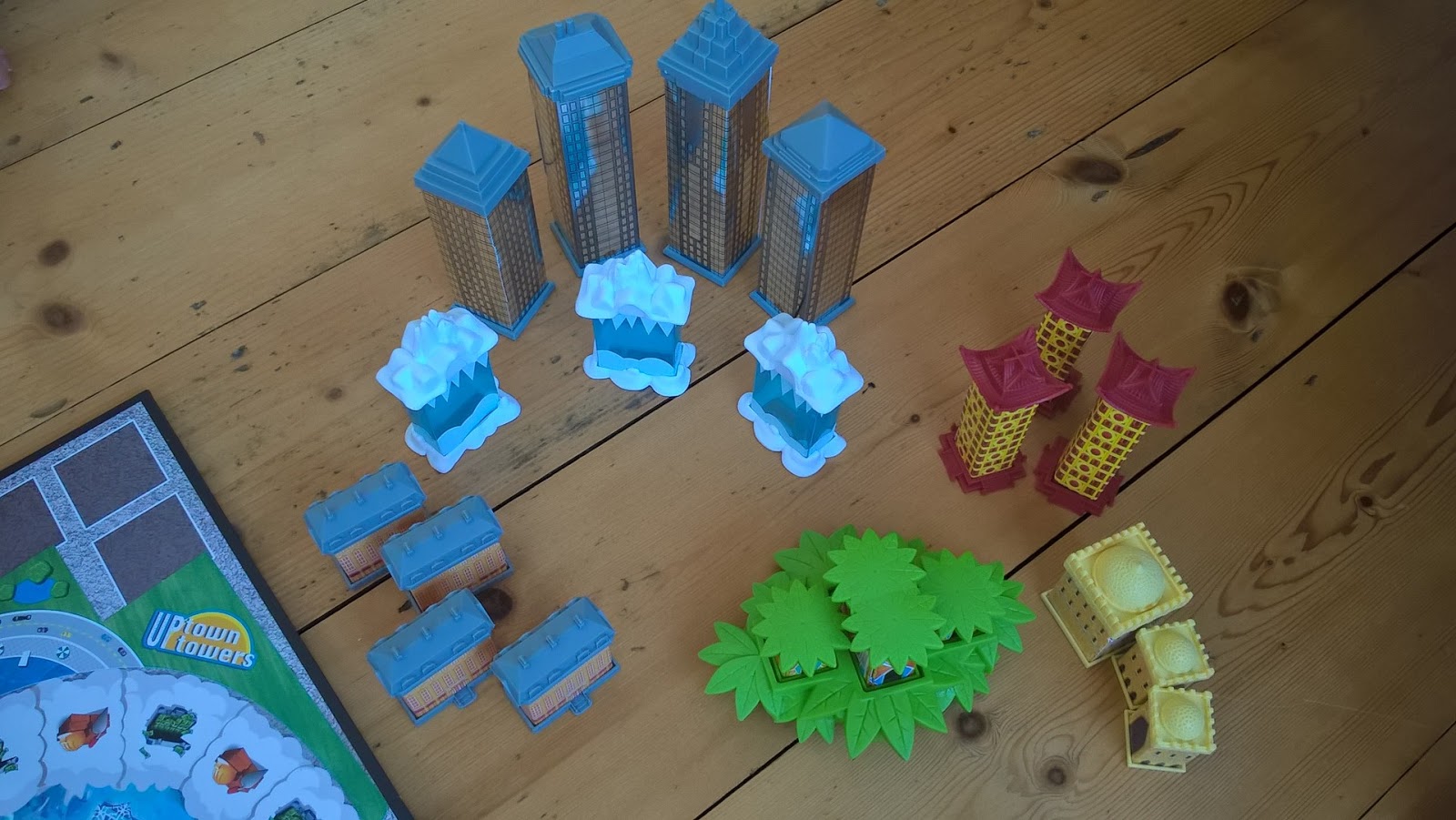 The other thing to bear in mind is that the game takes quite a bit of assembly (at least the first time around) as you have to build the hotels, which are assembled from cardboard cut-outs and add on roofs and bases. 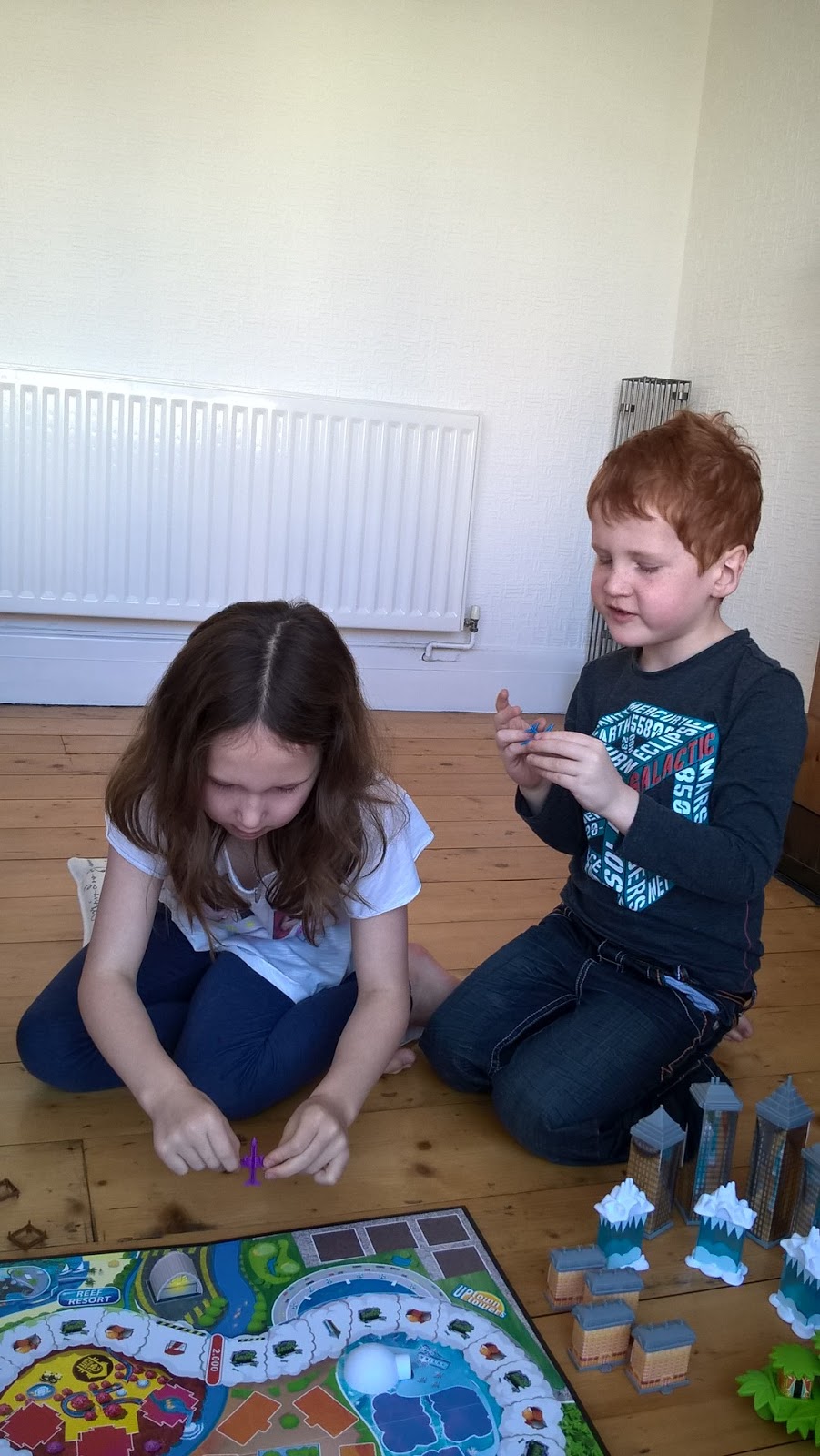 We’d suggest putting the game together and then assembling the family if you are playing with younger children. 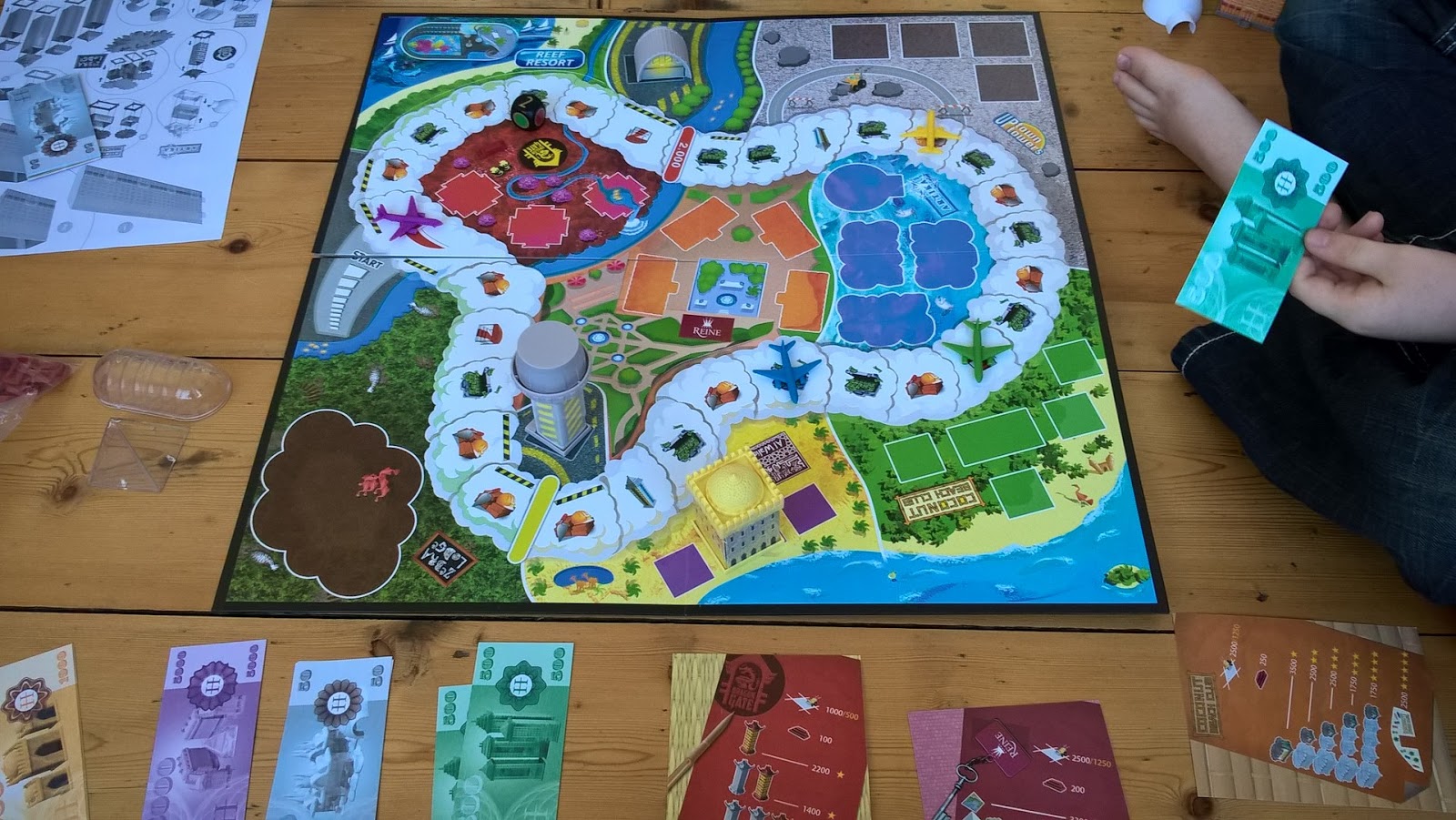 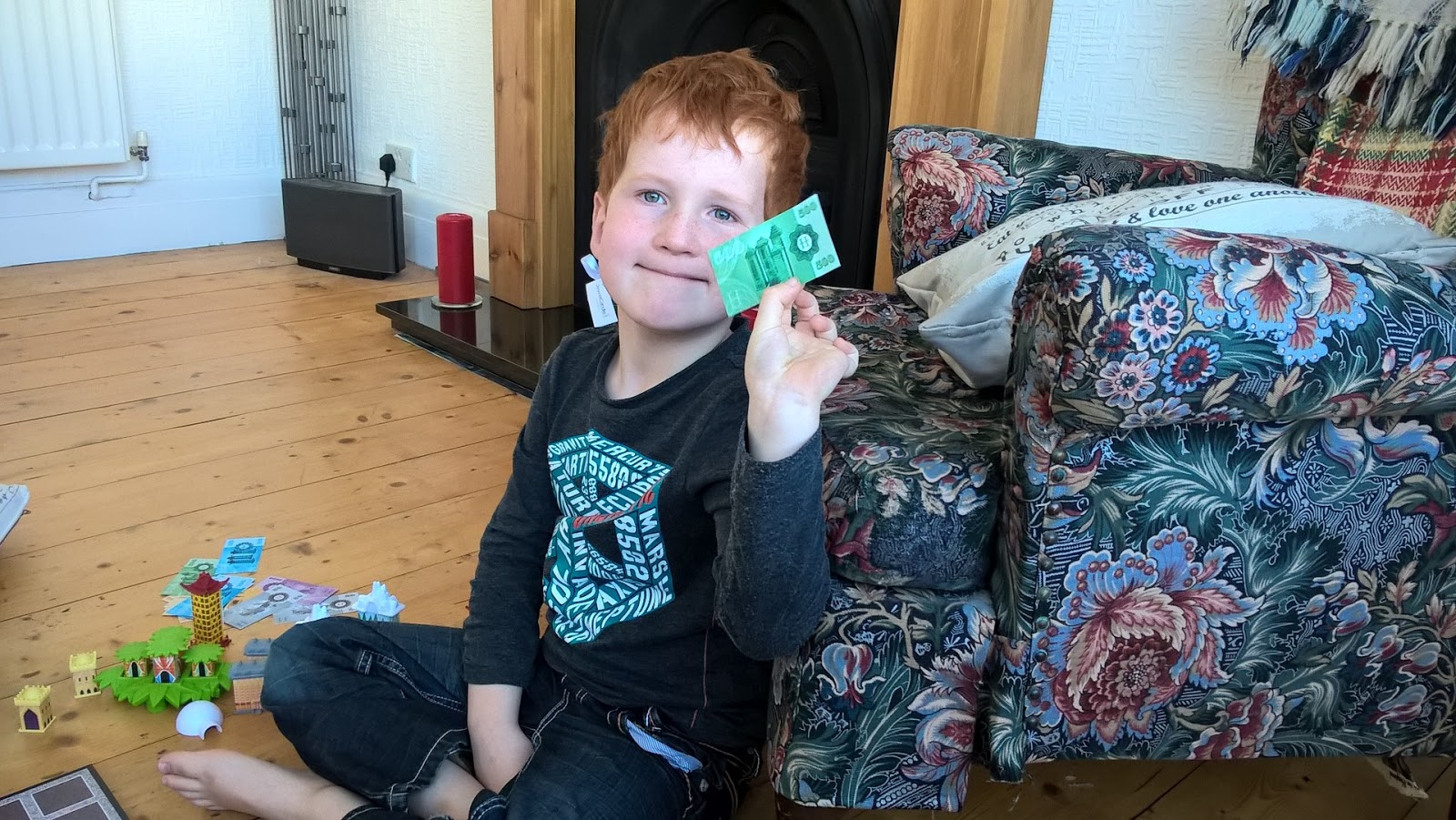 Like Monopoly, which I think is this game’s nearest equivalent, Hotel Tycoon needs several plays before you get into the swing of buying your land, applying for planning permission, constructing hotels and nabbing properties off your opponents. 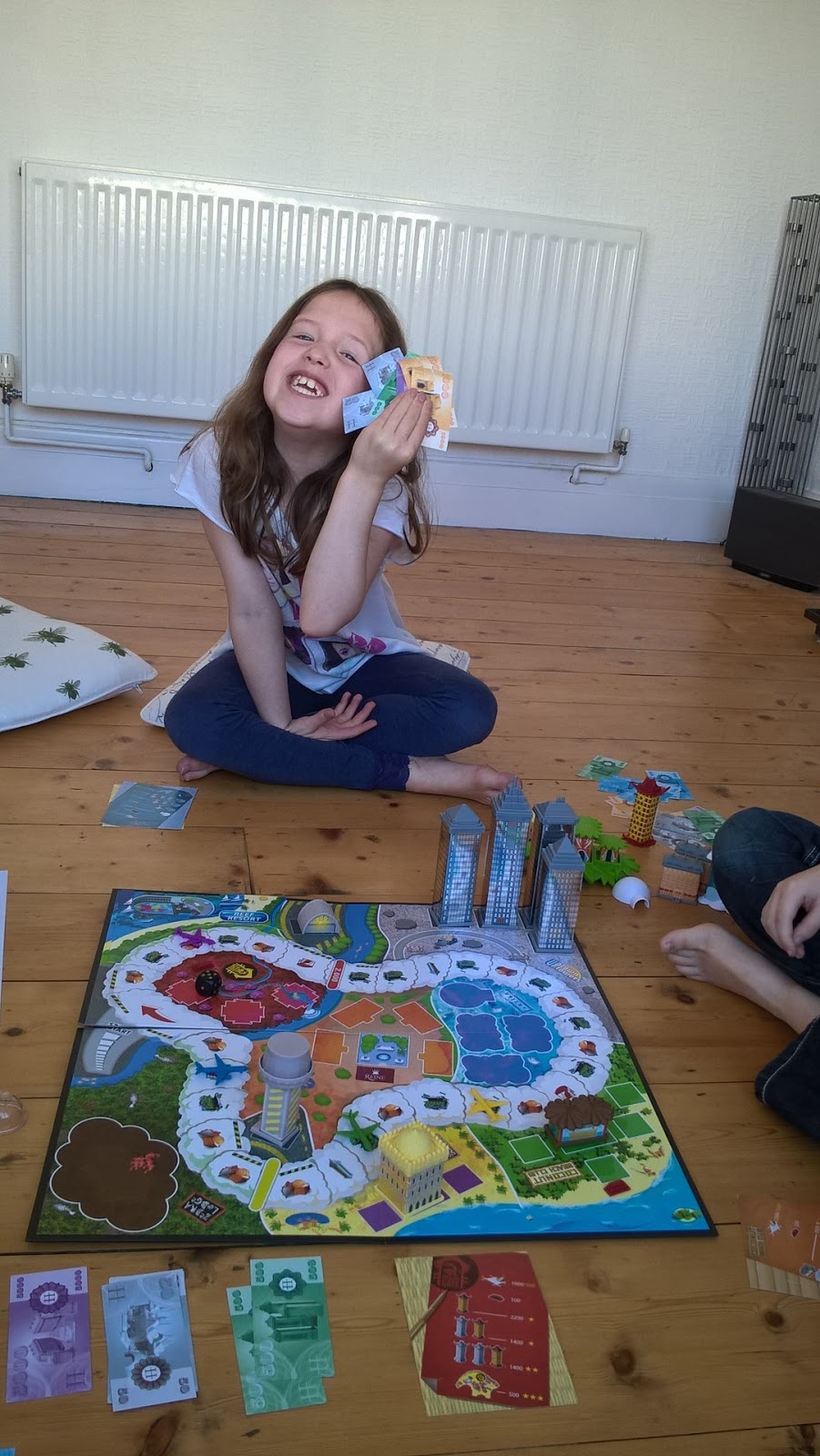 The game certainly has an intellectual element to it which older children will enjoy.  Caitlin, for example, loved having money from the bank and quickly understood the concept that the more land and hotels you had, the more likely you were to win.

When it’s time to put the game away, there’s a handy “cheat sheet” which shows you how to place your hotels back in the box without having to deconstruct them.

Hotel Tycoon is the kind of game which takes a good hour or so – it would be ideal on a rainy Christmas afternoon and I think the more you play it, the more you’ll become hooked.

Here’s how it works.

As usual, Caitlin managed to win by dint of buying everything in sight.  Ieuan just wanted the “Uptown” hotels to construct his own version of Hogwarts – which is where he is now.  Happily playing with all the hotels, building “Ieuan City” and shouting (I kid you not) – “Hurrah, I’m rich!”. 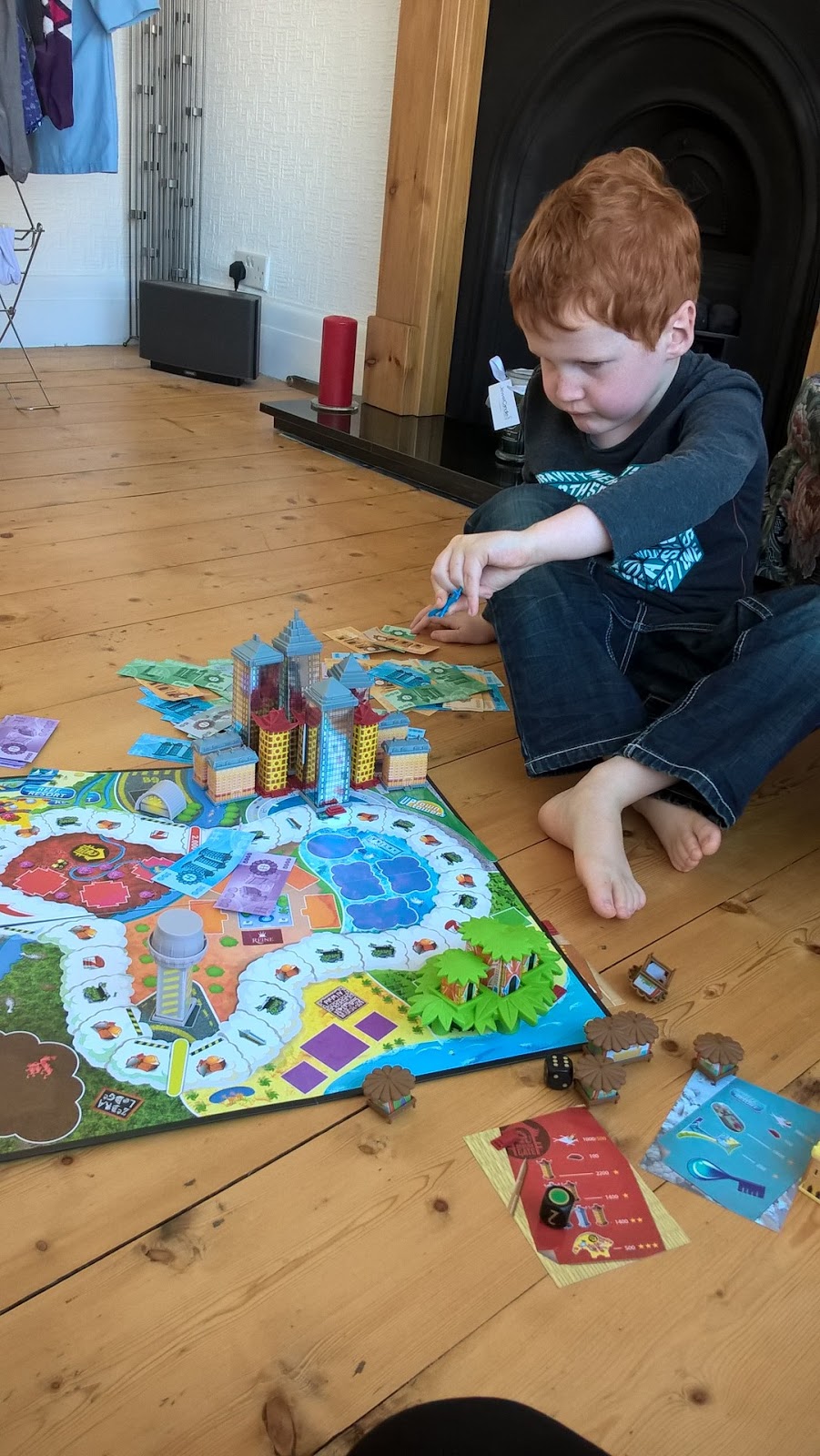 For a review of two other great Esdevium games, Disney Pictopia and Dobble (and a Dobble giveaway), click here.

*A PR sample was received for the purposes of this review