It’s been a great year for Beck Valley Books and I have been lucky enough to review several of their authors’ books (more to come this year).  Usually, I am to be found with my head in a self-help or cookery tome (stop laughing) but through the books I have reviewed I have rediscovered the pleasure of pure, escapist, fun-to-read stories.

Here is Beck Valley’s round-up of the top 6 books their reviewers loved the most.  All of them are worth a read and tomorrow I’ll be sharing our favourite book series of the year with you too.

2015 brought us so many fabulous books to read, review and tour with.

How could we possibly narrow it down? That was the task!

It was difficult for all of us, after much deliberation, the six top books all share top spot, here they are….. 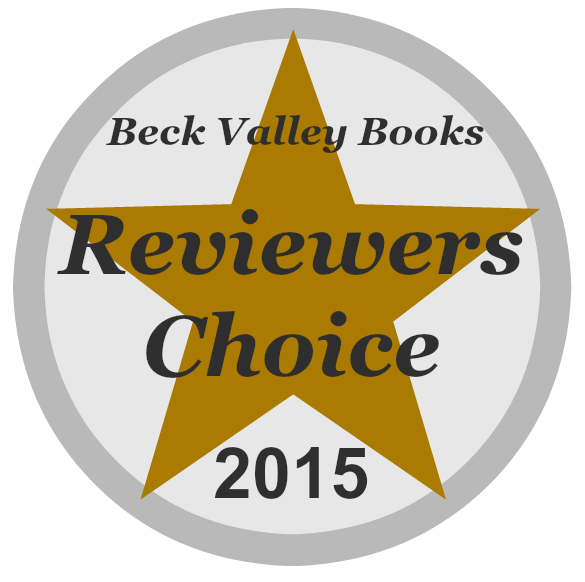 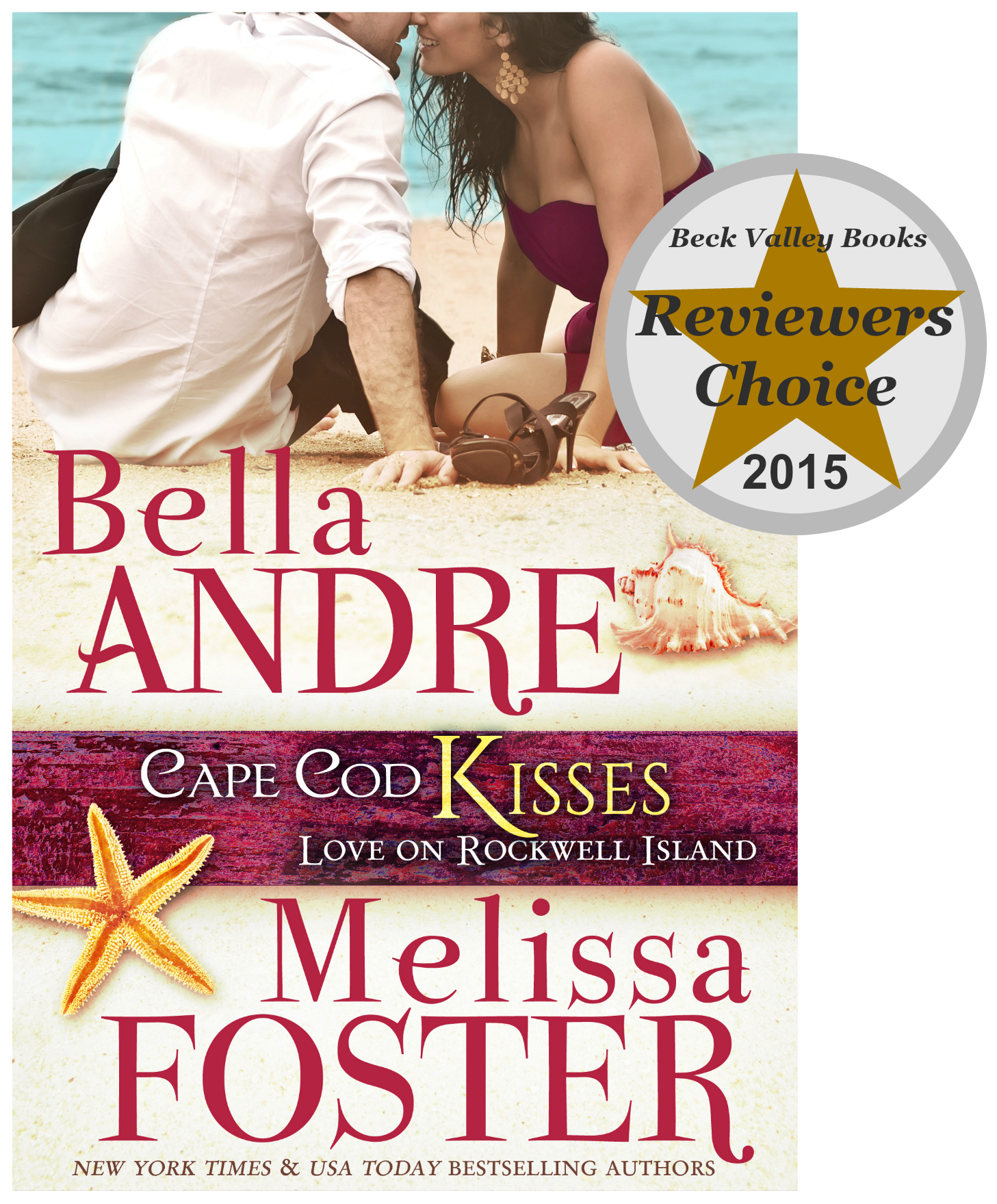 Fall in love on Rockwell Island…Sink your toes into the sandy beaches at the heart of Cape Cod Bay, where family comes first, good friends are around every corner, and true love is waiting beneath the stars.

When Quinn Rockwell left Rockwell Island a decade ago to build a shipping empire, he never thought he’d return to live on Cape Cod Bay—that is until his grandfather summons Quinn and his four siblings to take over the prestigious Rockwell Resort. Quinn is already working fifteen-hour days, and the last thing he has time for is his grandfather’s demands. But on his first night back, when Quinn finds a gorgeous and carefree woman skinny-dipping in his favourite cove, he’s tempted to ignore his work for a while…and focus on her instead.

As a free spirit who follows her heart and her dreams, Shelley Walters is not the kind of girl to wait around for Mr Right, so she heads to Rockwell Island for the honeymoon of her dreams—a solo honeymoon. Ready for a week of sun and fun, she never expected to meet a man like Quinn Rockwell.

Wealthy and intensely driven, Quinn is everything Shelley swore she didn’t want. Refreshingly spontaneous and a true romantic, Shelley is everything Quinn never knew he needed. Drawn together despite their differences, during a week of sizzling-hot passion and deep conversations, they fall head over heels for each other. But when their perfect week on the island is over, will their love survive in the real world?

Murder in Paradise by Deborah Brown 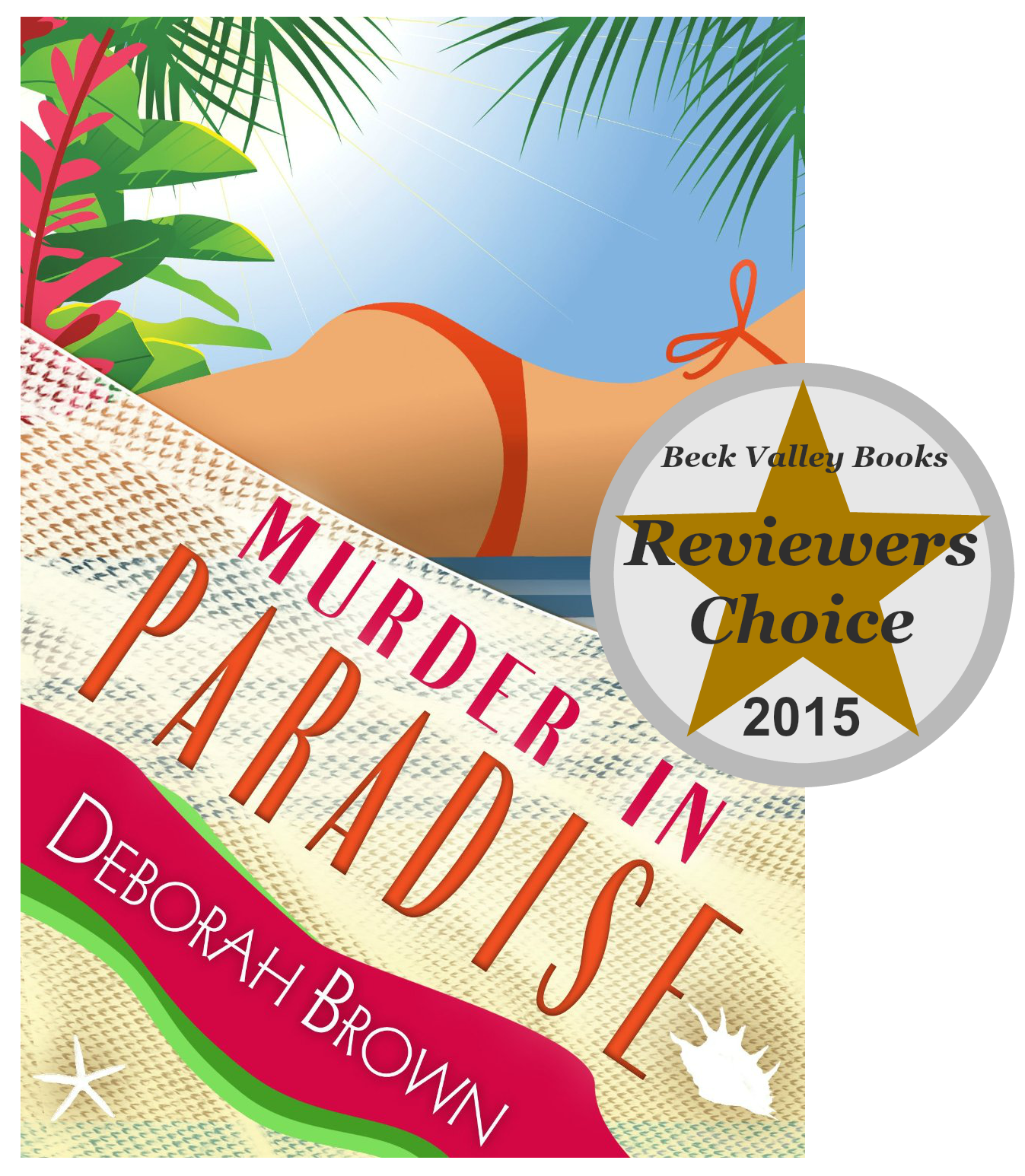 Welcome to the Florida Keys! Get ready to go on vacation and lose yourself in this action-packed read.

Overlooking the waters of the Biscayne Bay sits a mansion where all hell has broken loose.

Madison Westin has found herself and her bombshell best friend, Fabiana Merceau, caught up in deep trouble—yet again. This time, Fab is implicated as the only suspect in a high-profile double homicide on a beautiful private island. The girls have to act quickly and quietly, searching for a way to set the record straight and secure Fab’s freedom. Along the way, Madison must choose between two men, evade an ever-watchful mother, and dodge shady criminals as they try to solve a Murder in Paradise.

Murder in Paradise, is the fourth novel in Deborah Brown’s Paradise series, can be read as a stand-alone book.

The Haunted Heart of Rory O’Dannon by Delia Colvin 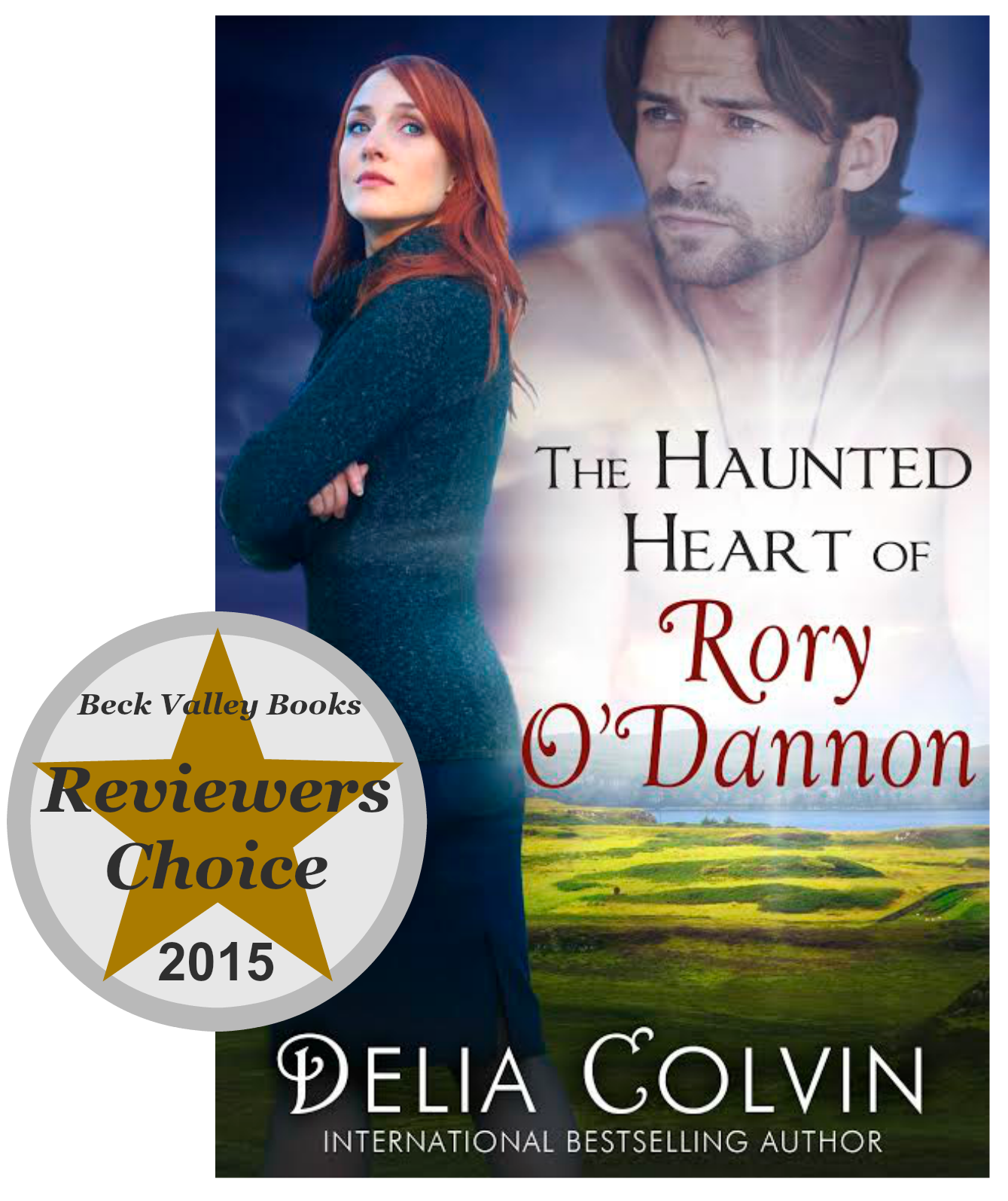 Is the love of Megara’s life a hallucination — or a ghost?

While delirious with fever, Megara had a visit and fell in love with the Irish poet Rory O’Dannon, but never saw him again. Years later, convinced that he had been a hallucination, she enters a pragmatic marriage to Senator Ken Benedict.

Until a car accident catapults her back to 19th century Ireland–and into Rory’s arms.

Despite a challenging new life, Megara helps Rory find his poetry and pledges her heart to him, the night before he is to be hanged for treason…and then she wakes from the coma. Forced by sound evidence, she realizes that Rory was fictional, but discovers the wedding band he gave her and a message that time is running out!

Now Megara must choose between the easy life with her husband, or risk death and a chance for love with Rory.

Available to buy from…
Amazon   Barnes and Noble   Kobo   iTunes

Seized by Love by Melissa Foster
(The Ryders’ Book 1, Love in Bloom Series) 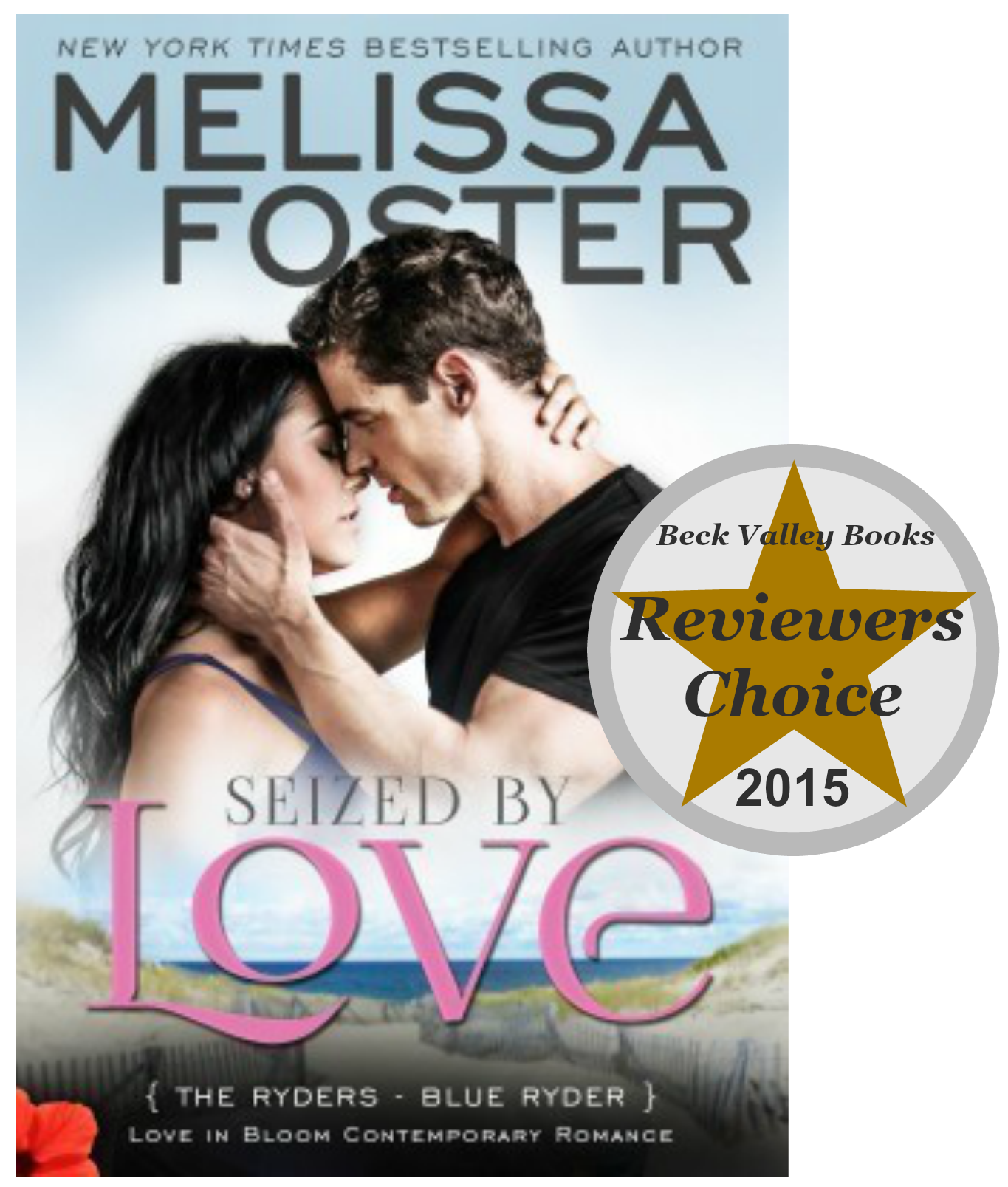 YOU FELL IN love with Blue Ryder and Lizzie Barber in Seaside Summers, now follow their journey to find true love in SEIZED BY LOVE, the first book in the Ryder series.

Lizzie Barber runs a successful flower shop by day and secretly hosts the Naked Baker webcast at night to help pay for her younger sister’s education. To keep friends and family from finding out about her sexy secret, she’s put her social life on hold until her sister’s education is paid off and she can stop filming the webcast.

Blue Ryder fell hard for Lizzie Barber when he met her a year ago, and he hasn’t been able to get her off his mind since. Everything about the feisty little brunette, from her tight bod to her seductive smile, cuts straight to his heart. Though Lizzie has turned down every invitation he’s extended—Blue is not about to give up trying.

Renovating Lizzie’s kitchen brings Blue further into Lizzie’s life, and the oven is not the only thing heating up. One night and one powerful kiss changes everything. But when Lizzie’s secret is revealed and the safe bubble she’s hidden in shatters, true love may not be enough to put the pieces back together.

THE RYDERS are the newest addition to the LOVE IN BLOOM series by New York Times & USA Today bestselling and award-winning author Melissa Foster. This 5-book hot contemporary romance series features alpha male heroes and sexy, empowered women. They’re flawed, funny, passionate, and relatable to readers who enjoy new adult romance, contemporary romance, and women’s fiction. While each book may be read as a standalone, you might enjoy reading the entire Love in Bloom series (The Snow Sisters, The Bradens, The Remingtons, & Seaside Summers) 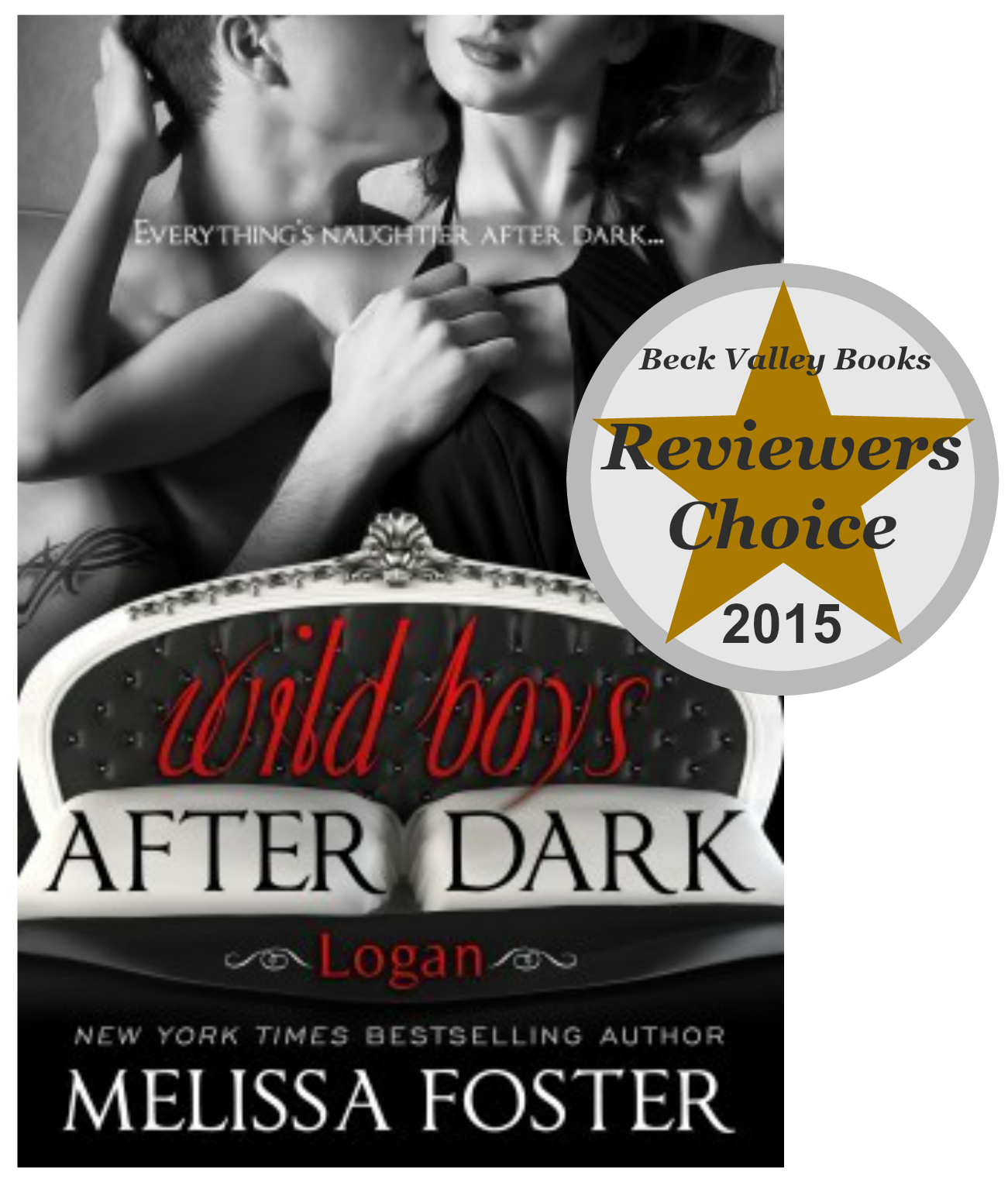 Stella “Stormy” Knight is an expert at hiding—her feelings, her past, and her identity. Sometimes all that hiding takes its toll, and she needs to come out from under that heavy suit of armor and cut loose—but it never takes her long to put it right back on and disappear without a trace.

Private Investigator Logan Wild is relentless in his pursuit to discover the truth for his clients. He works hard, plays even harder, and always walks away unscathed and untethered. Until he meets mysterious and sexy-as-hell Stormy, who leaves him craving more than a one-night stand.

Passion ignites, secrets are shared, and their deep connection is impossible to ignore. But in order to have a future, Logan must uncover Stormy’s dark past—and when he does, he’ll hold her fate in his hands.

Everything’s naughtier after dark… Fall in love with the Wild & Bad boys. Long enough to burn up the sheets and short enough to leave you craving more.

If raw emotions, cursing, dirty-talk, or intense, passionate sex that sometimes includes a silk tie, turn you off, then the After Dark books are not for you. *NO CLIFFHANGERS*

***While each book may be read as a standalone, you might enjoy reading all the Wild Boys After Dark series.

The Road Home by Kathleen Shoop
(The Letter Series Book 2) 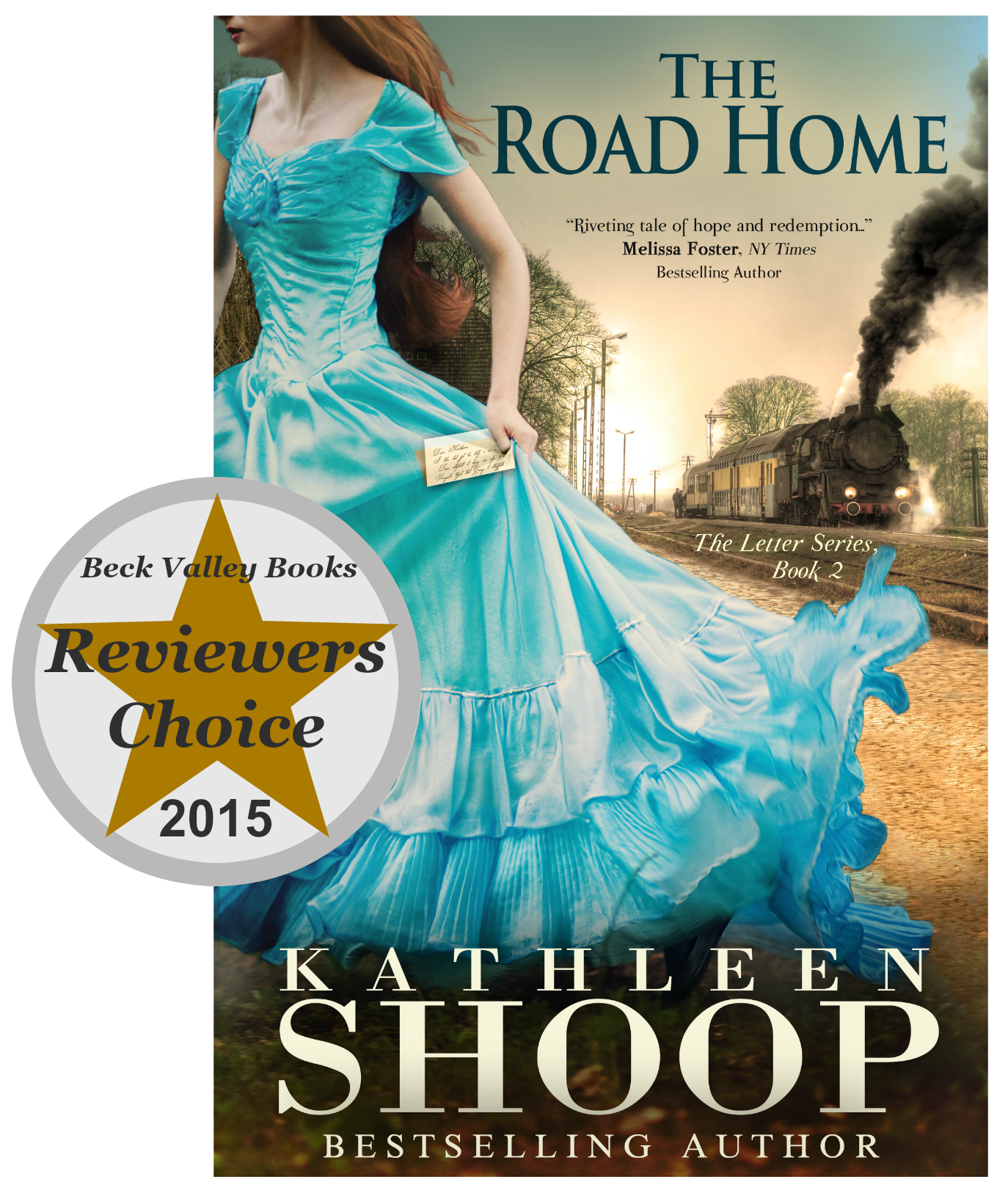 1891—Living separately for three years, fourteen-year-old twins, Katherine and Tommy Arthur, have done their best to make each boarding house feel like home. But unrest grows as they are driven to questionable actions just to survive. Meanwhile their desperate mother is confronted with breaking yet another promise to her children. Then a miracle descends. Hope rises on a cold, rainy night and changes everything. If Jeanie could just get word to Katherine and Tommy, she knows she can set their lives right again. Agitators, angels, and dangerous “saviors” illuminate the Arthurs’ unmatched determination and smarts.

1905—Though she tries to forget the awful years that hurt so much, the memories still haunt Katherine. Now, tearful mourners at her mother’s funeral force her to revisit a time in her life that both harmed and saved her in the most unexpected ways. Tommy grieves his mother’s passing as well. He too is thrust backward, compelled to rediscover the events in his life that shaped the man he has become. Will he commit to reconstructing his broken life? The Arthurs come to understand that forgiveness is the only way back to hope, the only way to find all that was good in the misfortune that transformed their lives forever. 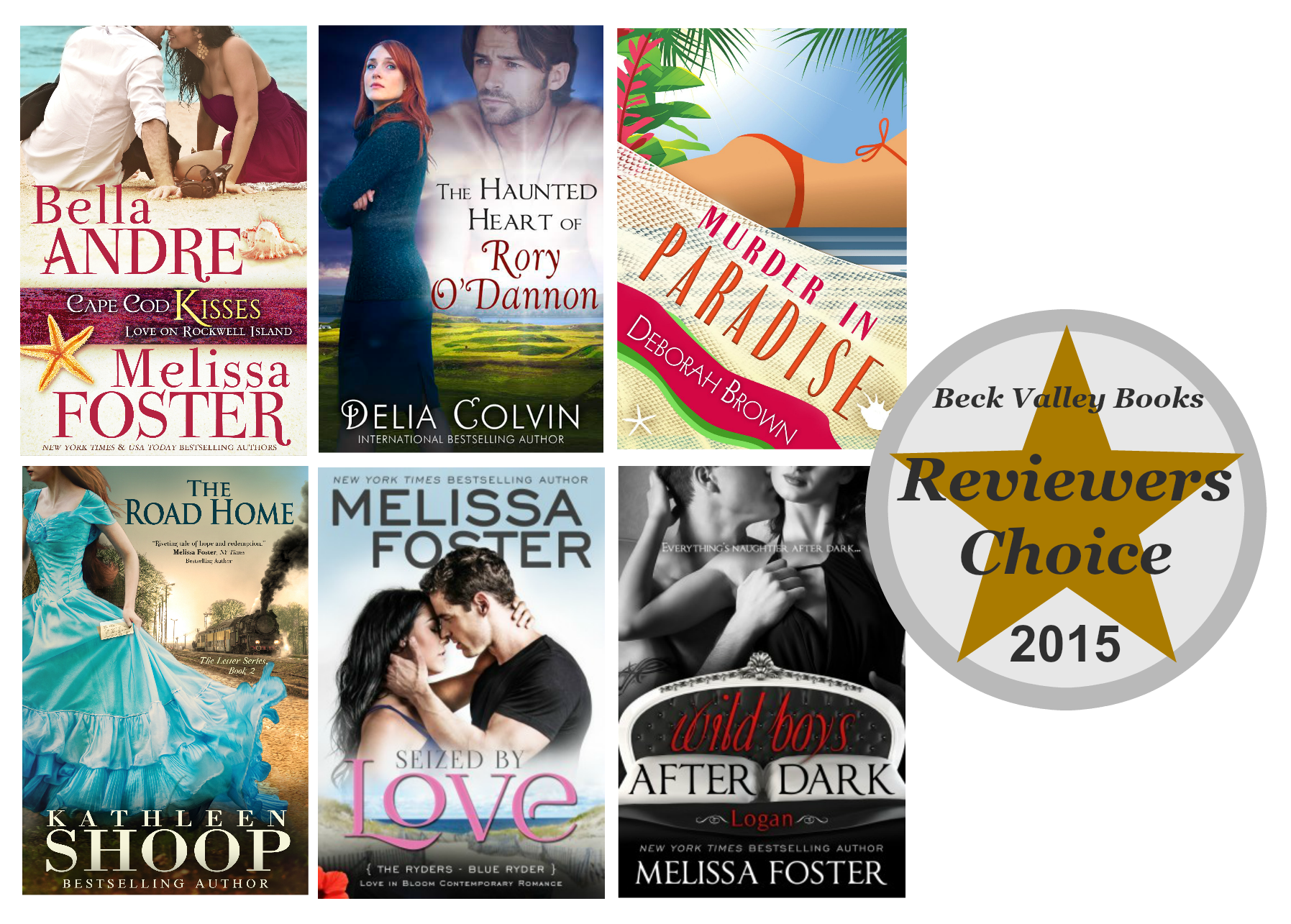 Thanks to all the amazing authors who shared their books with us in 2015, xx