When I was growing up, the Beano and Dandy comics were immensely popular.  We all knew that Gnasher was not an ideal pet and we had friends who behaved a lot like Dennis The Menace or Minnie The Minx. 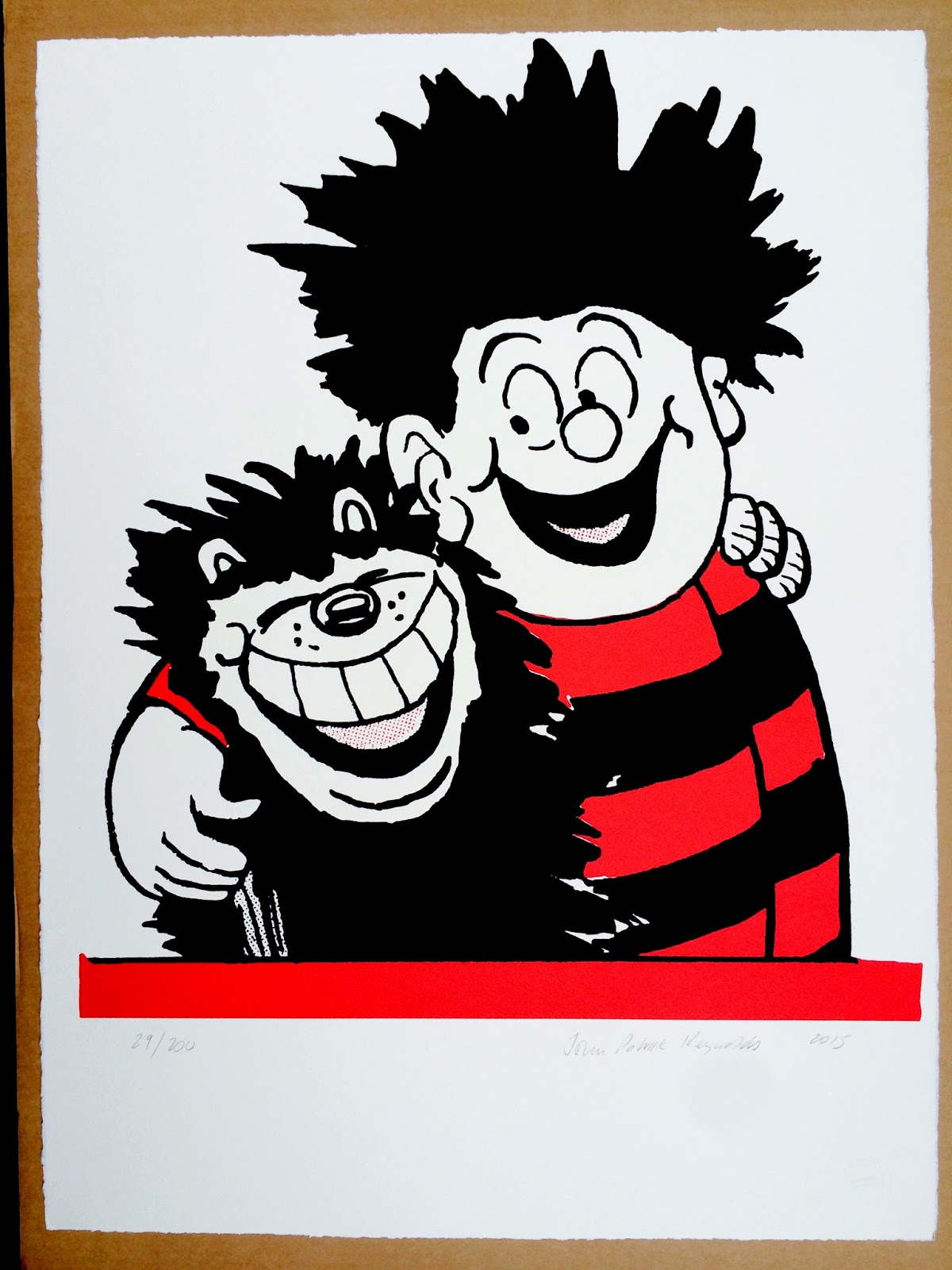 Spinach was the super-food Popeye relied on and it presumably kept Olive Oyl skinny. They were fore-runners of the Mediterranean diet in the days when the height of gastronomic pleasure was a rum baba at the Wimpy and one of those strange bendy segmented sausages on a mixed grill the same size as your postcode district.

Today, these iconic characters live on and comic art is enormously popular.  I have recently discovered The Comic Art website which features the wonderful work of artist John Patrick Reynolds. 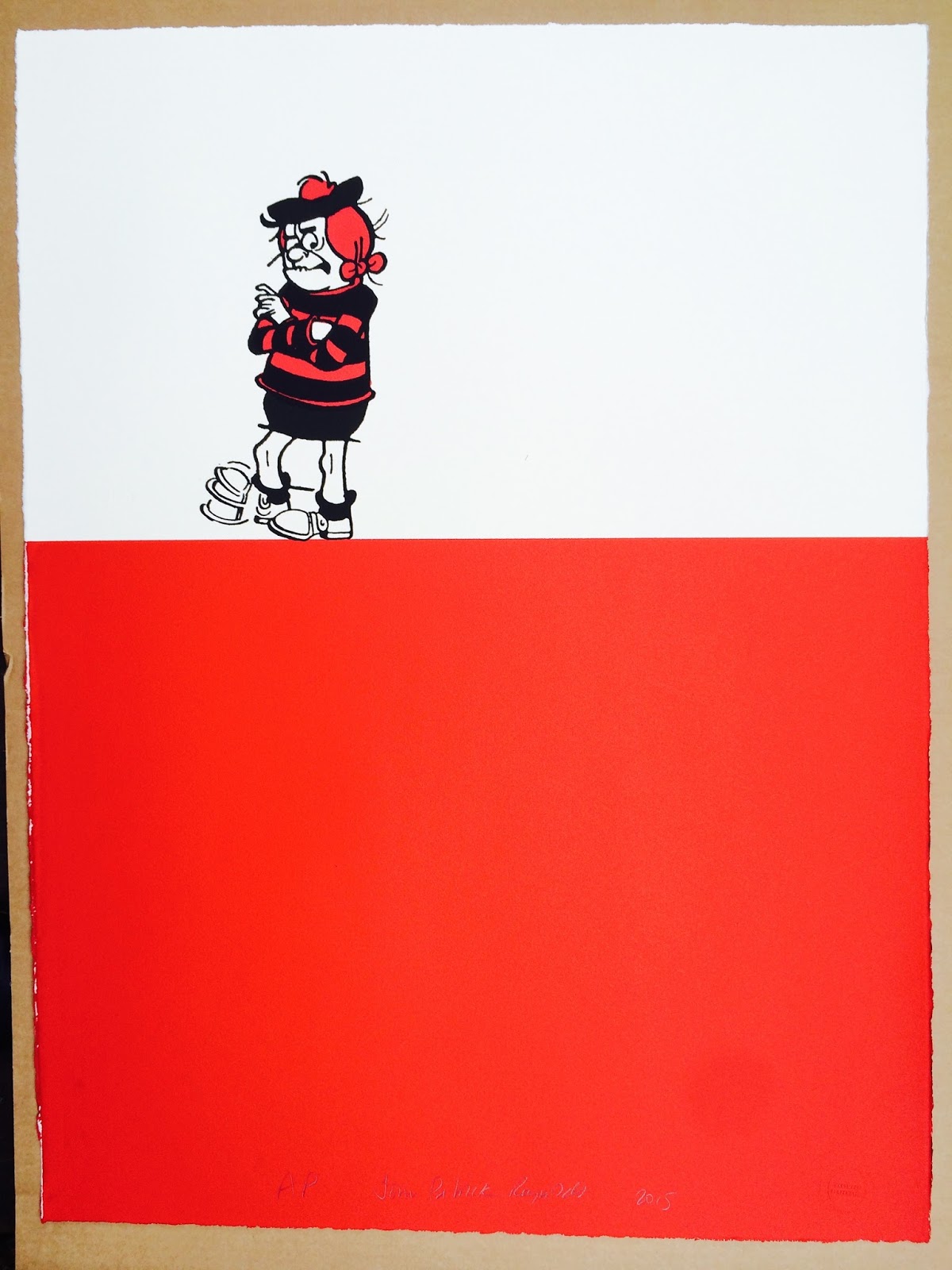 John Patrick Reynolds’ cotton paper screen prints of classic British comics including The Beano, The Dandy and Victor have become collectors’ items since their first appearance in the 1990s and received praise from the BBC, the Observer and the Daily Express, among others.

All the images started life in comics but can be appreciated in their own right, independently of the stories they were created for.

There are images from several categories of comic:

British classics from the UK’s top comic publisher DC Thomson, including such icons as Dennis the Menace, Desperate Dan, Minnie the Minx and the Bash St Kids from The Beano and The Dandy.

Scottish favourites Oor Wullie and The Broons, also from DC Thomson, but this time The Sunday Post 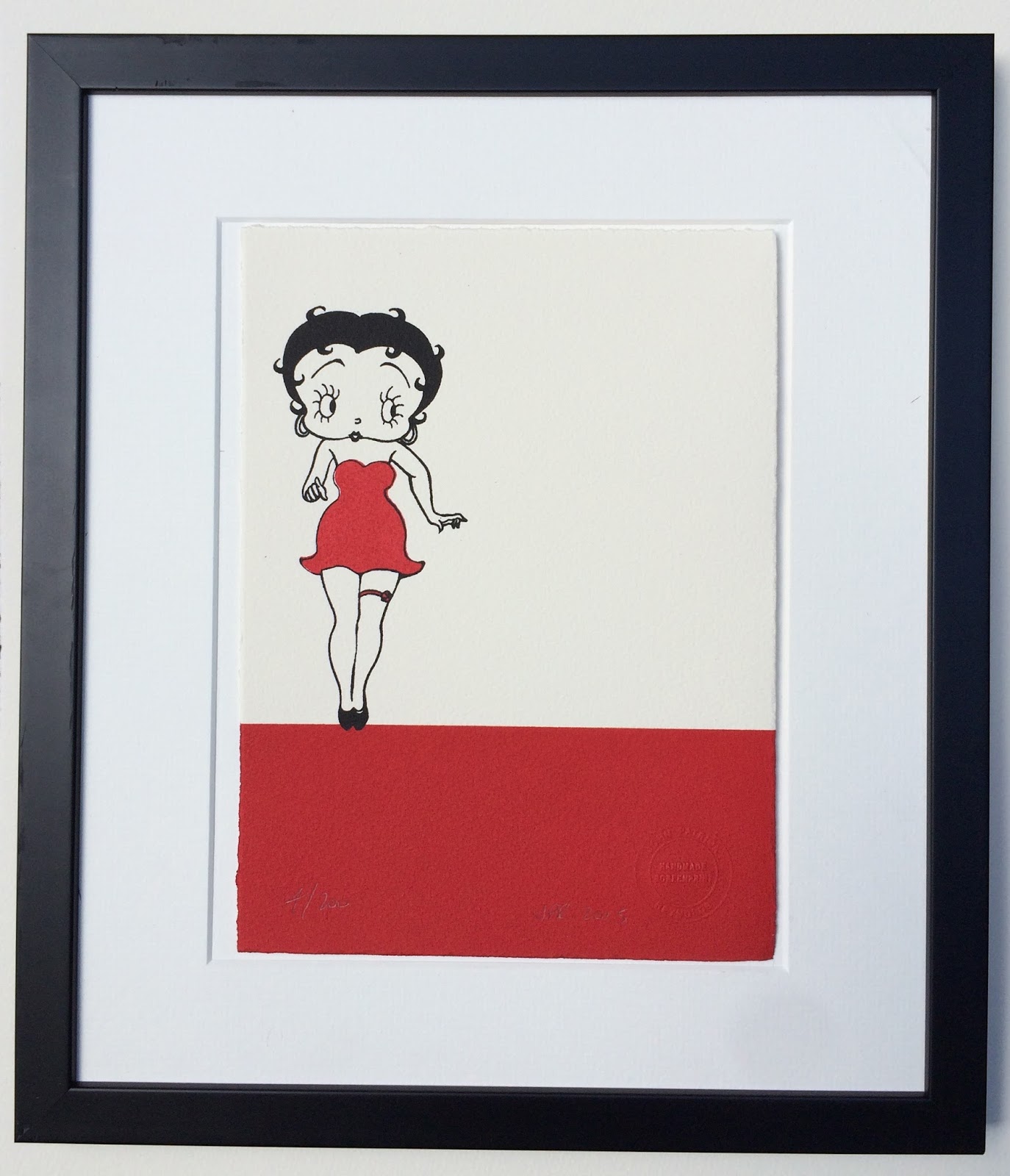 The paper used is cotton, mould-made paper milled in Somerset and the prints come in three formats – from 19x26cms to 38x48cms and 56x76cms. Commissions are also available.

If, like me, your mum was a fan of characters such as Dennis, Minnie or Betty Boop not only would a print be a unique gift but it may also become a collectors’ piece too.

I have a framed print of your choosing to the value of £70 to give away.  Entry is via the Rafflecopter and the giveaway ends at midnight on Tuesday 1st March 2016.  UK entrants only.  Terms and conditions are on my competitions page.

The winner must supply their details by Wednesday 2nd March if the print is to be given as a present on Mothers’ Day.