These days it’s all about the screen time.  We are a nation obsessed with all things ‘i’ and android.  We experience huge swathes of our life online and converse in emoticons (as Facebook’s new ‘like’ icons attest). 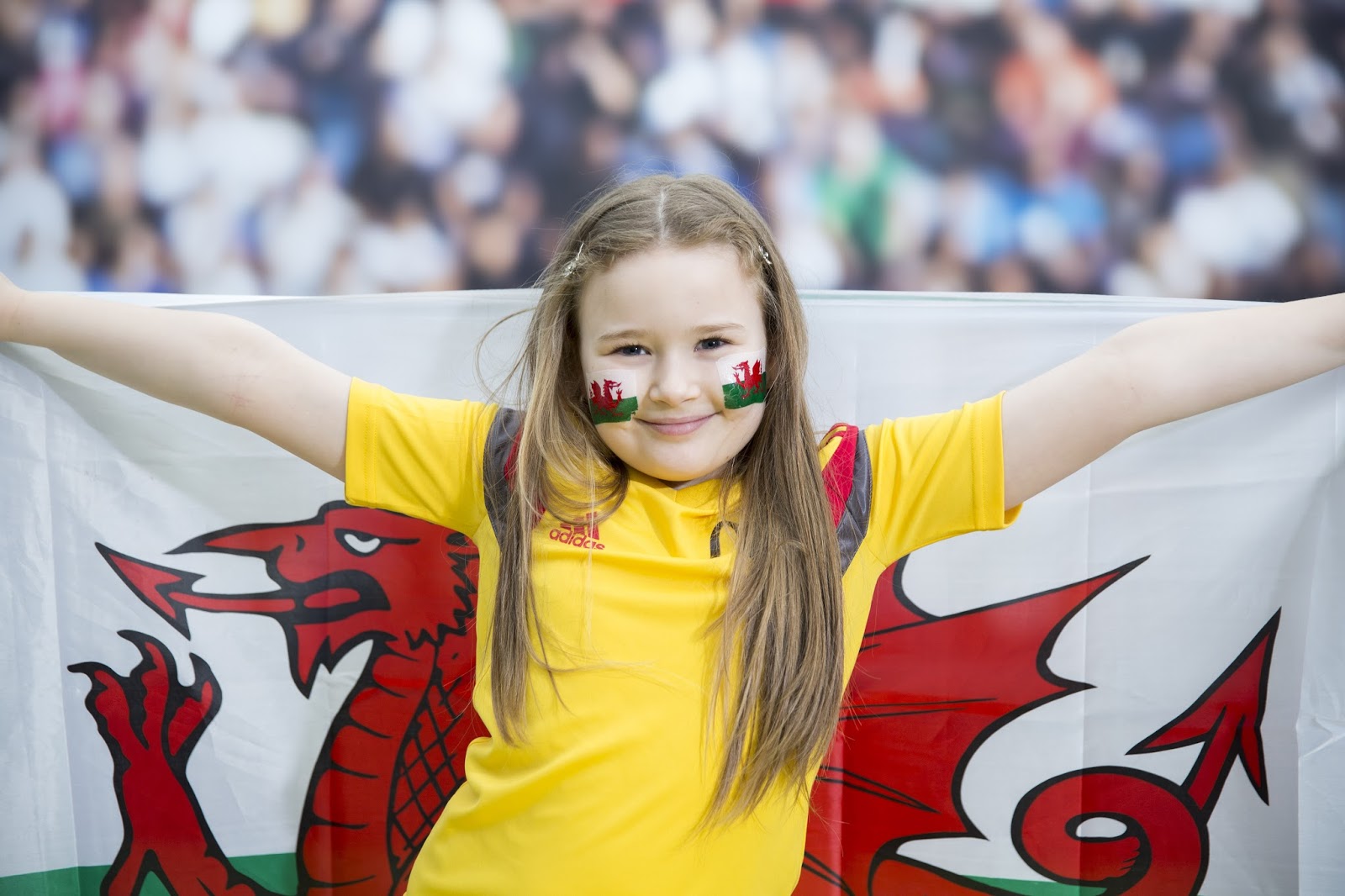 We parents can be as guilty of this as our kids.  At the end of a long day, it is just so easy to pick up a tablet and switch on and check out.

So it’s a refreshing (and much needed) change to find an event that brings families together and generates an energy that doesn’t come from a charger.

Now readers of this blog know that I am not the most sporty of women. I make no secret of the fact that I used to wear the Left Back bib in hockey because I used to be Linda Brooks and I liked wearing my initials.

But when you have kids, you quickly realise that an event like the forthcoming UEFA Euro 2016™ football championship is too good an opportunity to pass by when it comes to spending some quality time with the family.

We’ve got the kids enthused about the Six Nations Rugby Tournament and we watched last year ‘s Rugby World Cup together – except that the kids were really upset when Wales were knocked out (we were robbed).

The concept of national pride is very topical these days and, even though I moved to Wales in 1969 when I was 5, I consider myself to be Welsh.  The Husband was born in Cardiff and both my children were born in the Heath Hospital so their nationality is definitely Welsh!

There is something very emotional about supporting your own country’s sporting efforts.

I think it’s good for kids to see their parents cheering and shouting encouragement at the TV.  Caitlin and Ieuan’s expressions when the Husband shouts for Wales to “come on!” is a sight to behold.  I don’t think they realised he was capable of that volume of noise.

And then there’s the subject competition.  I think kids need to learn that a game has winners and losers and that there is no shame in losing if you gave it your all.

As my mother always says “it’s the taking part that counts” – not that I’ve ever seen her on a football pitch.

Kids need to see that achievement can be physical and not just academic. Watching a team sport is a great way to truly understand team work.  To see a team sprinting down a pitch like a well oiled machine is a noble thing.  To watch team players listen to the ref (without referring him to Specsavers) shows that rules are there to be followed.

Pulling together, ‘having someone’s back’ – these concepts are made much easier to understand when watching a game.  We can use sporting analogies to help kids solve problems and get them to relate to the concept of achieving a goal.

Sport is also a great way to demonstrate that everyone has different physical strengths and that a team is a combination of different strengths arranged in an effective way.

Cue the role of the coach.

As kids develop and grow at different rates and as they discover their bodies have different builds, sport is a great way to teach them acceptance.

And when our kids enter the working world, being a team player is a vital skill in career success and overall happiness.

This year sees the UEFA Euro 2016™  European Championship, which will be held in France from 10 June to 10 July. Spain are two-time defending champions.

24 teams will compete in a new format and the matches will be played in ten cities –  Bordeaux, Lens, Lille, Lyon, Marseille, Nice, Paris, Saint-Denis, Saint-Étienne, and Toulouse.

The French team have won the UEFA Euro 2016™ twice: in 1984 and 2000 and the winning team earns the right to compete at the 2017 FIFA Confederations Cup hosted by Russia.

We will obviously be supporting Wales who are in a group with England, Slovakia and Russia and our first match will be on the 11th June against Slovakia in Bordeaux.

Prior to qualifying for UEFA Euro 2016™, the team had only qualified for a major international tournament once in their history, when they reached the quarter-finals of the 1958 FIFA World Cup.

And since Wales knocked England out of the 2015 Rugby World Cup, our expectations for our footie team are, shall we say, pretty big.

I’m sure there will be a real party atmosphere here in Cardiff, perhaps even with a French flavour!

Of course we will be watching the game and perhaps adding a French flavour with hamburgers et des frites (chips!) and un peu du vin for the parents.

The Husband will no doubt expound on the rules of the game (don’t ask me about the offside rule) and the kids will get to know the Welsh team members.

It will be a chance for us to all sit down together and cheer Wales on.

And how about this for a fabulous opportunity for your football mad youngsters?

Your child has the opportunity to be a Player Escort at one of three UEFA Euro 2016™ matches taking place in June or July 2016 by entering a competition run by McDonald’s.

We would be thrilled if Caitlin or Ieuan had the opportunity to walk out with the Welsh team – it would be an experience none of us would ever forget.

Just launched by McDonald’s ambassadors, Ryan Giggs, Martin Keown and Pat Jennings, the competition will give the lucky 9 children the chance to stand beside their national heroes and walk out at hotly anticipated fixtures throughout the tournament including England vs Wales, Northern Ireland vs Germany and the UEFA Euro 2016™ Final. 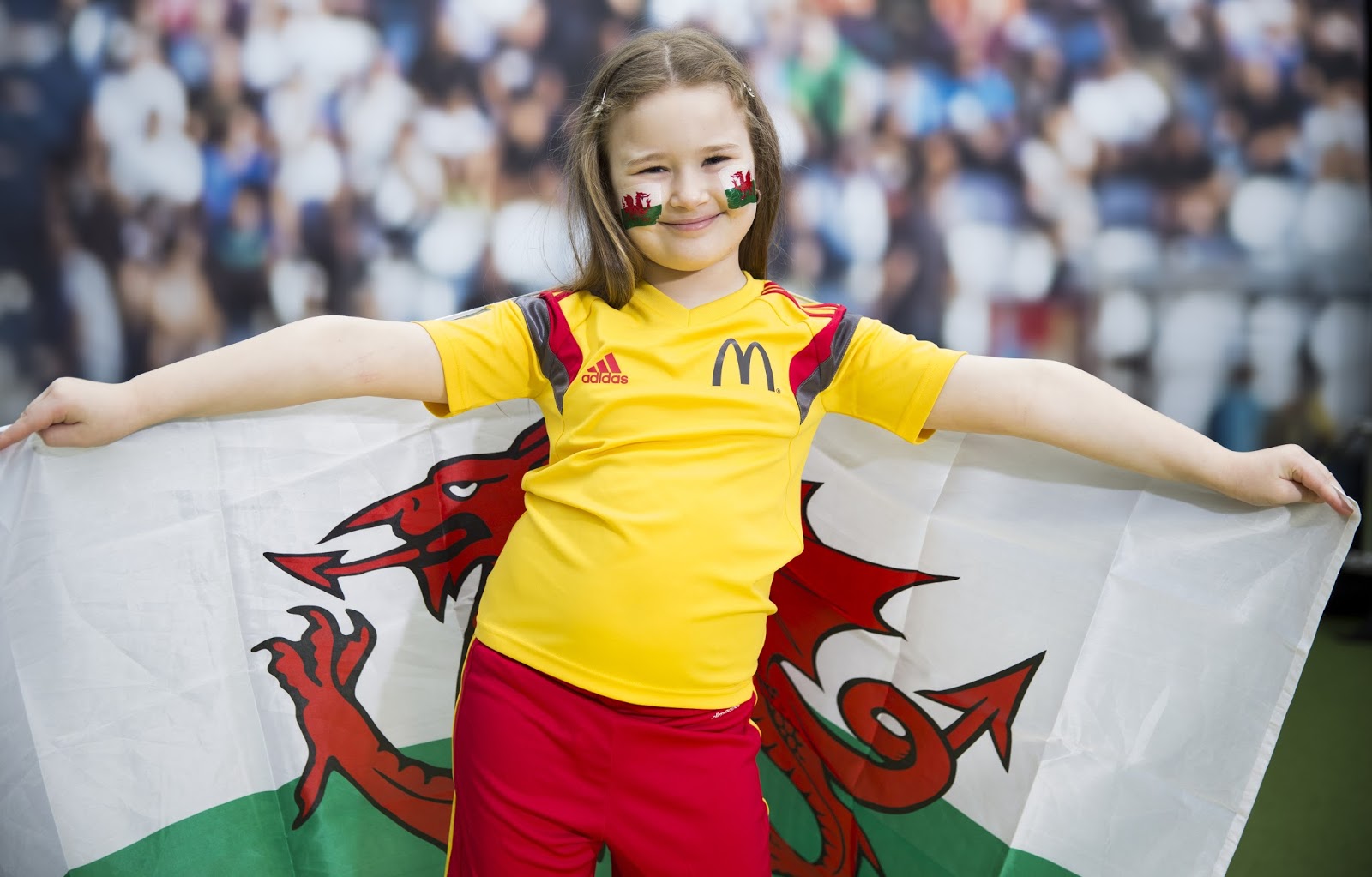 To enter, parents are asked to capture their child’s football passion and upload images of them enjoying the beautiful game.  It is open to all children in the UK who will be aged between 6 and 10 years old on 10th June 2016 and the lucky winners will join the qualifying home nation of their choice and walk out hand-in-hand with their football idols at this summer’s tournament in France.

Hopefully the weather will hold so that we can just get out into the fresh air and kick a ball around.

And if you enter McDonald’s fabulous competition, who knows, your child may actually be on the pitch!

For your chance to enter see: www.mcdonalds.co.uk/ukhome/Sport/Football/LetsPlay/EURO-2016.html.