As any busy parent knows, getting your kids to eat a balanced and healthy diet can be a bit of a challenge. 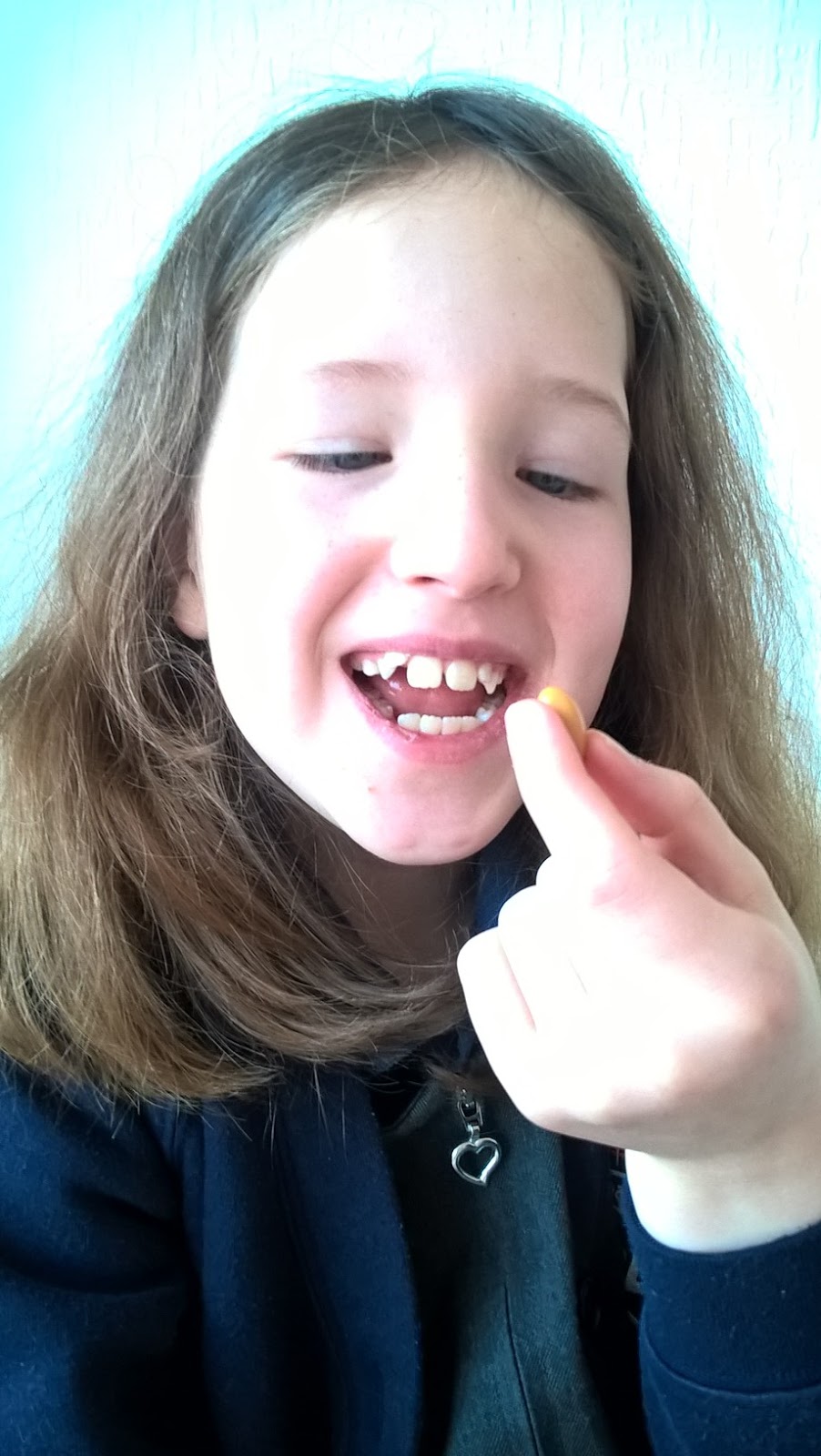 Not only is there the daily challenge of coming up with an exciting menu, you may find you also have to deal with picky eaters and the vegetable averse child (step forward Ieuan!).

Then there’s the problem of food intolerances and allergies which means ensuring your kids get their daily quota of vitamins is often anything but easy. 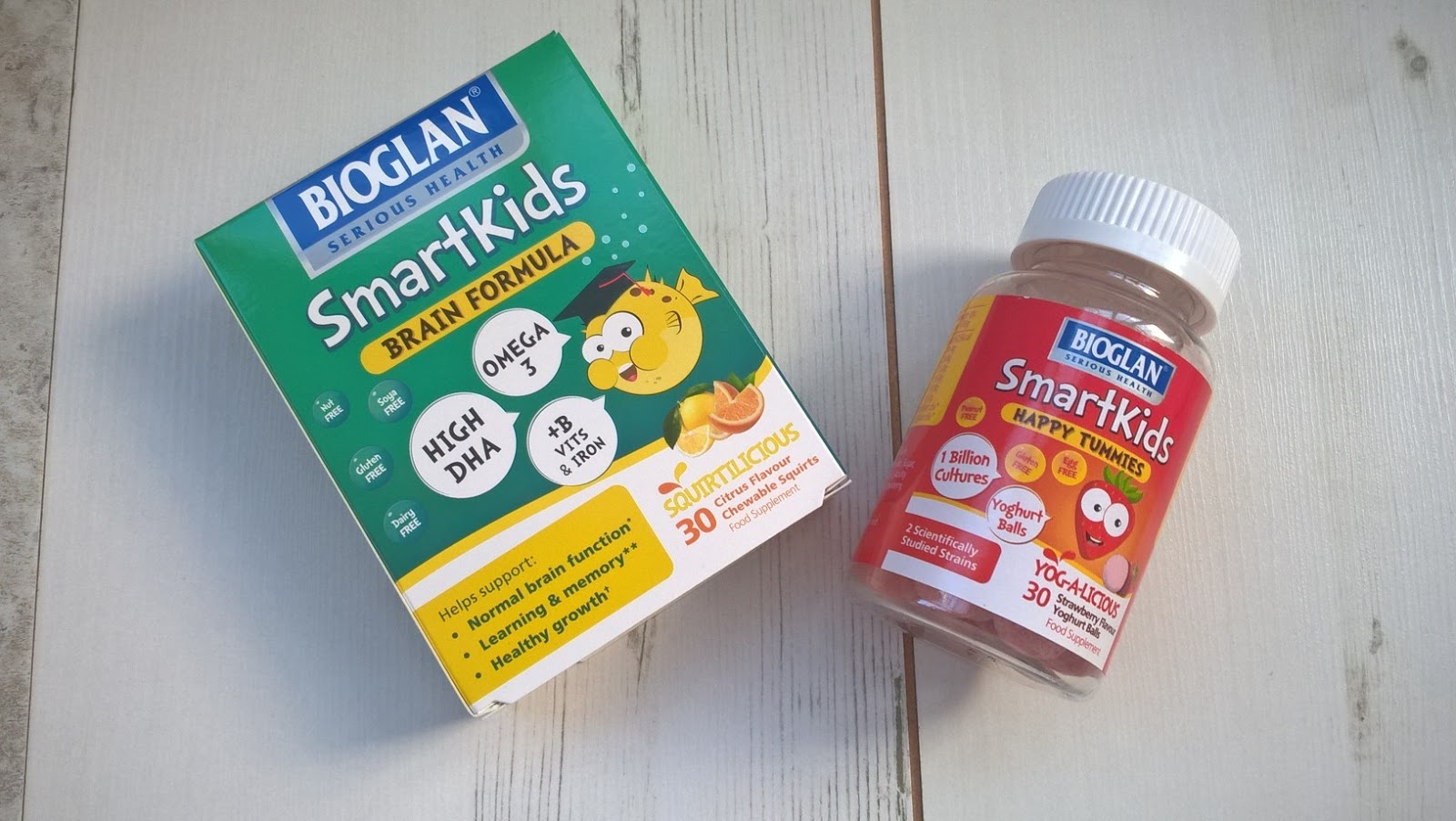 And all this is at a time when their bodies are rapidly growing and changing and being put under pressure from an often large variety of sports and extra curricular activities.

I have always taken a good multi-vitamin to stave off as many bugs as possible and also a pro-biotic for gut health.

I think it is only relatively recently that Western medicine has understood how important gut health is to the functioning of our bodies and, in particular, our immune system.

Caitlin and Ieuan regularly have chewy multi-vitamins so I was interested to discover that the company that makes the pro-biotic I take, Bioglan, has created a brand new range, SmartKids to meet the key needs of a developing child.

There are four products in the range which are priced from £9.99 and the products are specially designed for fussy eaters, since they contain nutritious fruit, vegetables and super food ingredients, and are enhanced with essential vitamins and minerals.

We were sent two of the four products in the range to try. 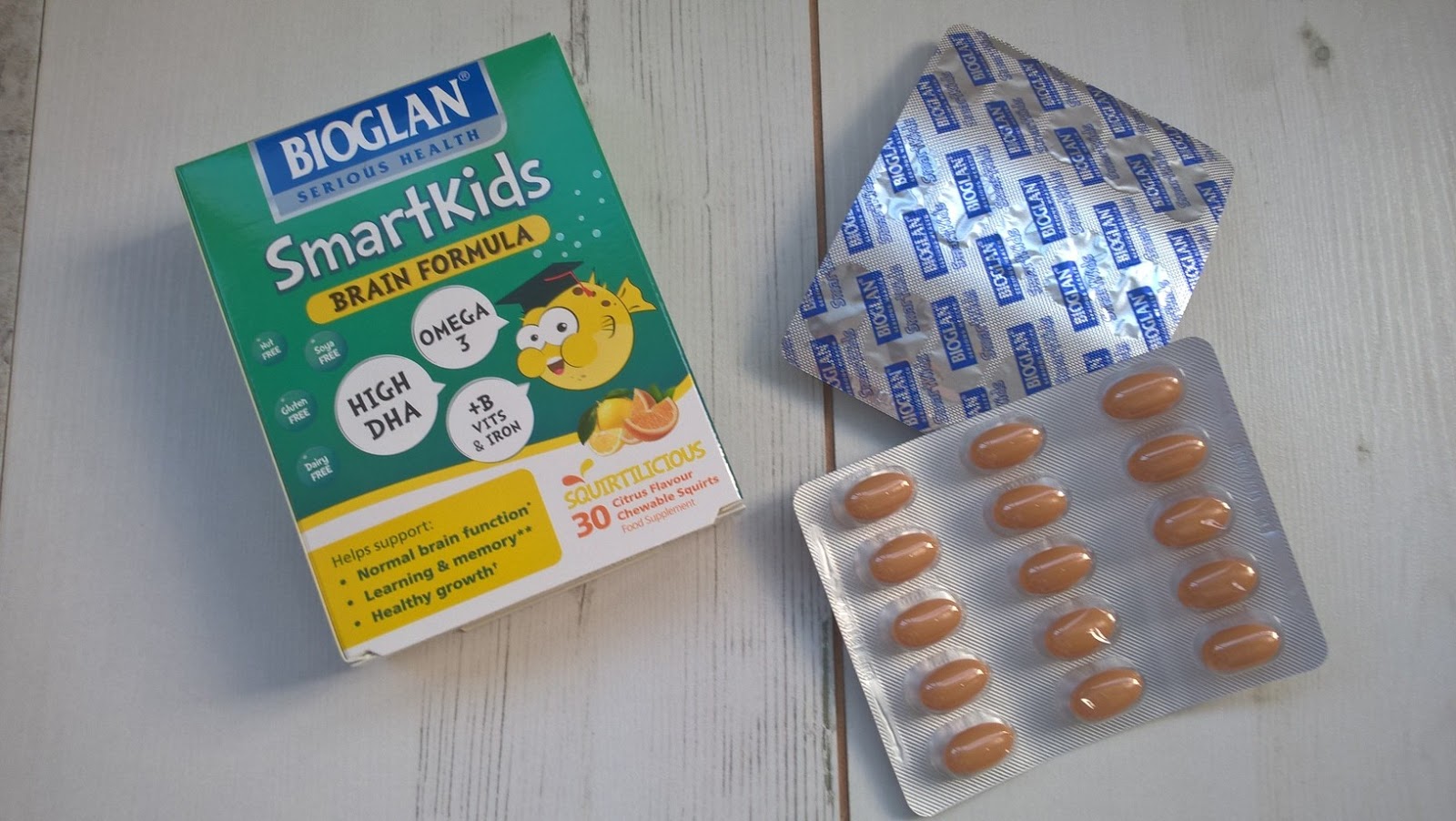 This supplement contains Omega-3 fish oil which is especially high in DHA, the fatty acid best known for its role in brain health.

The formula also contains several B vitamins which contribute to a normal nervous system and Iron which plays a vital role in oxygen transportation to the brain and the rest of the body, as well as contributing to the normal cognitive development of children.

This supplement comes in a chewy ‘burstlet’ – a liquid containing capsule which releases the contents when bitten.

Whilst the outer capsule was pleasant enough, it is quite chewy and although the liquid inside has a lemony taste, there is the unmistakable flavour of fish oil.

Caitlin was happy to take these but Ieuan was not so convinced.  I think these are probably better for a slightly older child who has a fuller appreciation of the benefits of taking the supplement. 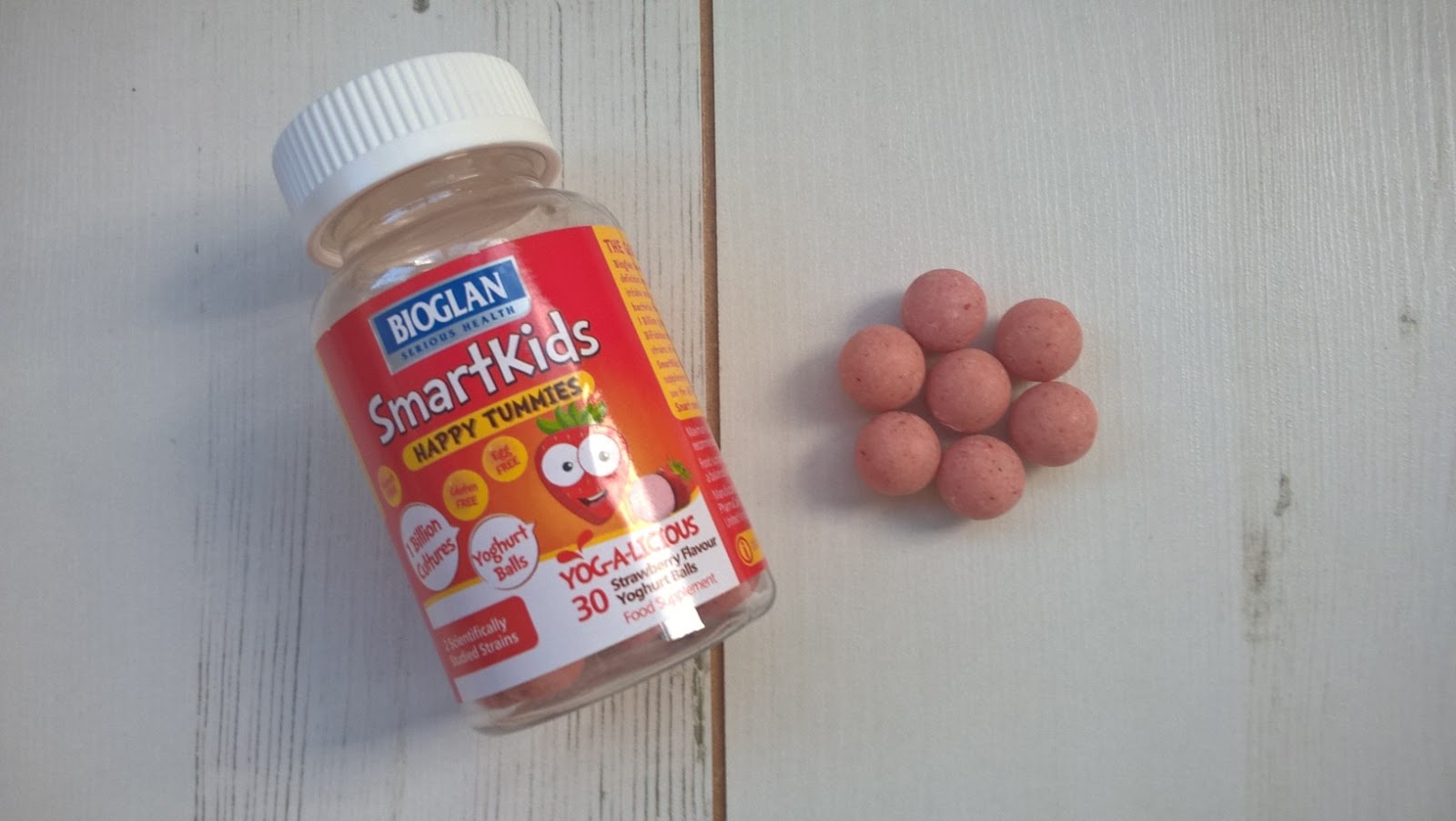 Both kids really enjoyed the flavour of these and they are an ideal supplement to help ward off tummy bugs – which are doing the rounds here yet again. 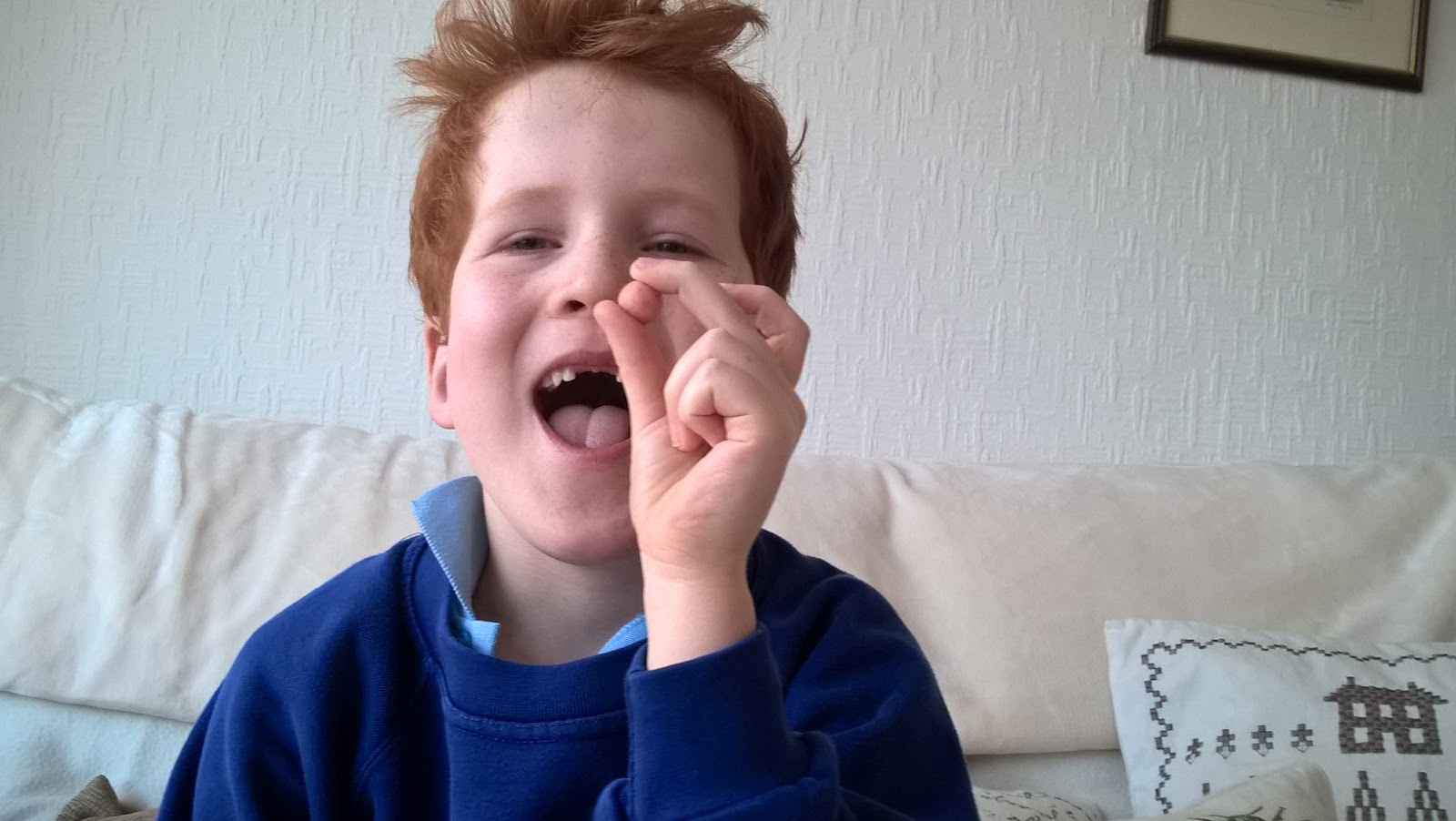 The other products in the range are the Bioglan SmartKids Fussy Eaters Multivitamin, especially designed for fussy eaters. Obviously it is better to get your vitamins straight from your food but this supplement contains a wide spectrum of essential vitamins and minerals, together with a high ORAC blend of fruit and vegetables. These are chewable tablets which come in blackcurrant and strawberry flavours.

Lastly there is Bioglan SmartKids Superfood Shake, a chocolate shake packed with hidden fruit and vegetables which Bioglan suggest would be ideal for an after school snack or before dashing off to swimming, ballet or Tae Kwon-Do!

The shake does not contain added sugar, artificial sweeteners or flavours and is easily added to milk, smoothies, cereal or yoghurt.

Bioglan originated in Australia over 25 years ago and all its products are formulated by qualified naturopaths and are based on only the strongest clinical trials and long-term evidence.

The SmartKids range is available from Holland & Barrett.

Now that the NoroVirus is doing the rounds again, and winter coughs and colds are in full swing, I like to think of these as an extra insurance policy for the family’s health.

Because you can guarantee that anything the kids come down with will be passed swiftly on to the parents!