We recently had the opportunity to test Time Tokens – a brilliantly simple solution to weaning kids off a growing dependence on their tablets and screen time in general by putting the control in their hands. 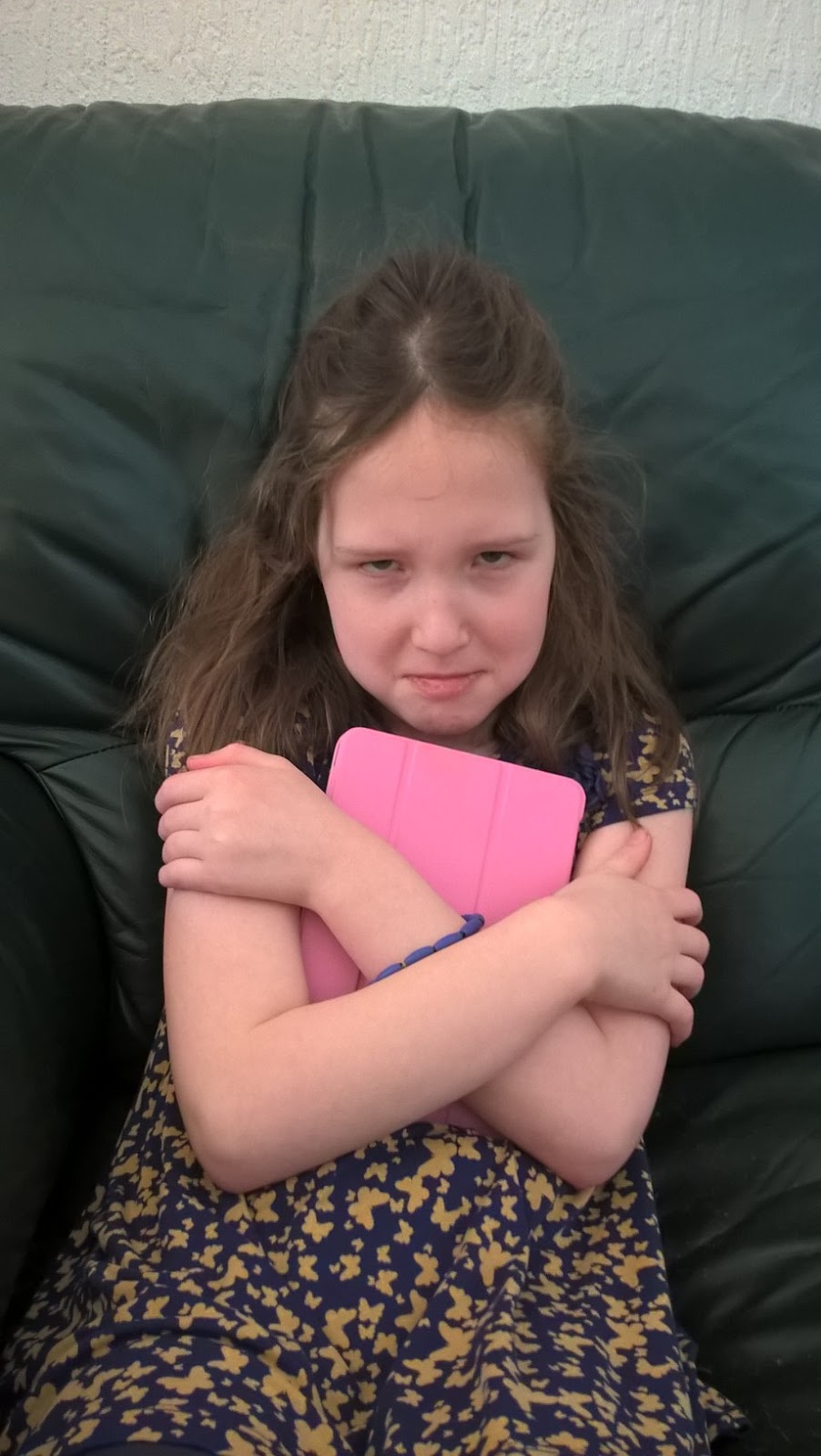 Counterintuitive though it may sound, Time Tokens aims to give children the power to manage their own screen time in a way which avoids arguments, teaches them new skills and encourages them to actively seek out family time which is NOT screen-based. 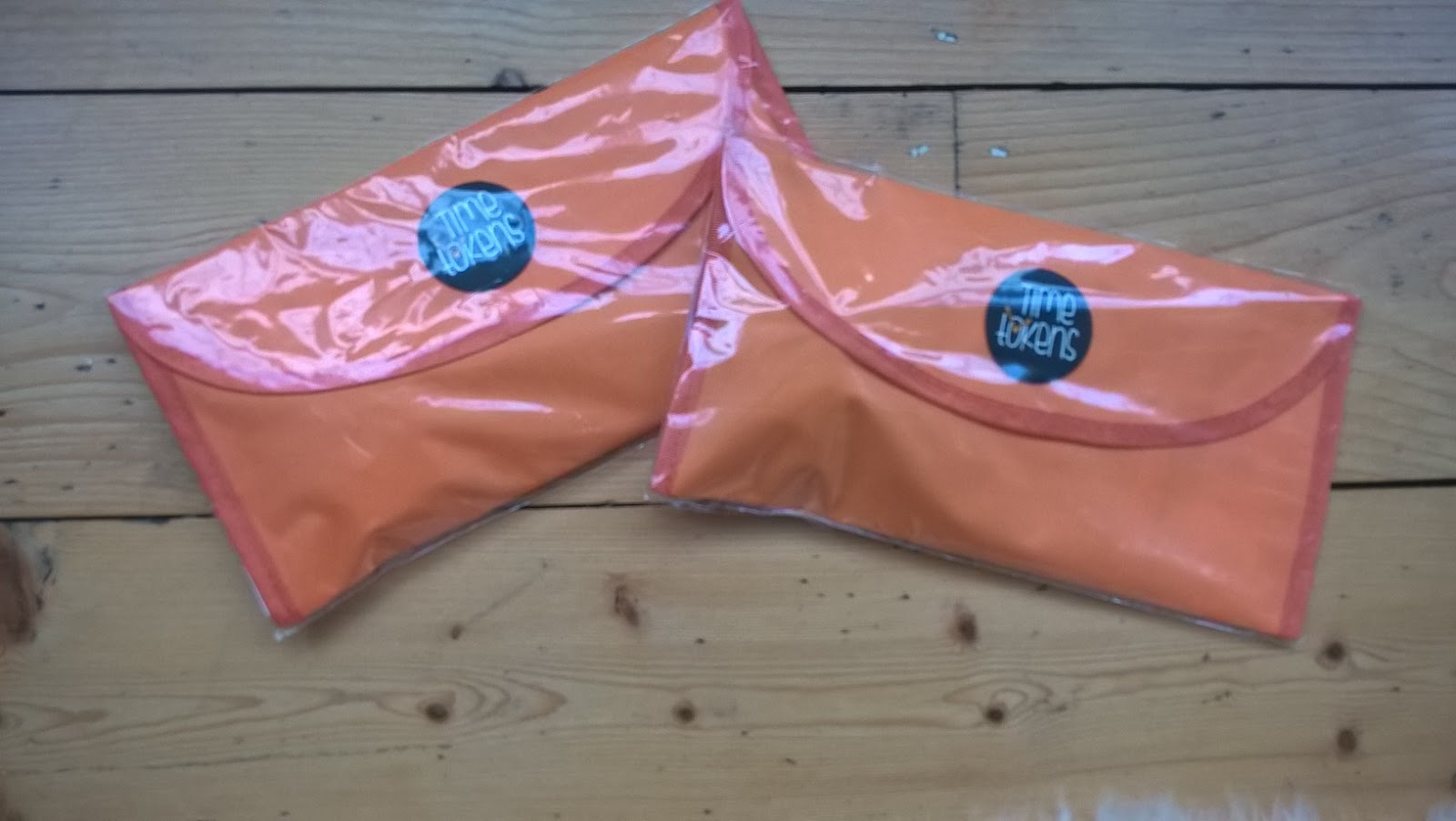 The brain-child of mum of 2 Amanda Bucknall, Time Tokens were born when she found it increasingly difficult to get her 7 year old son Harry to turn off the TV or get off the i-pad. 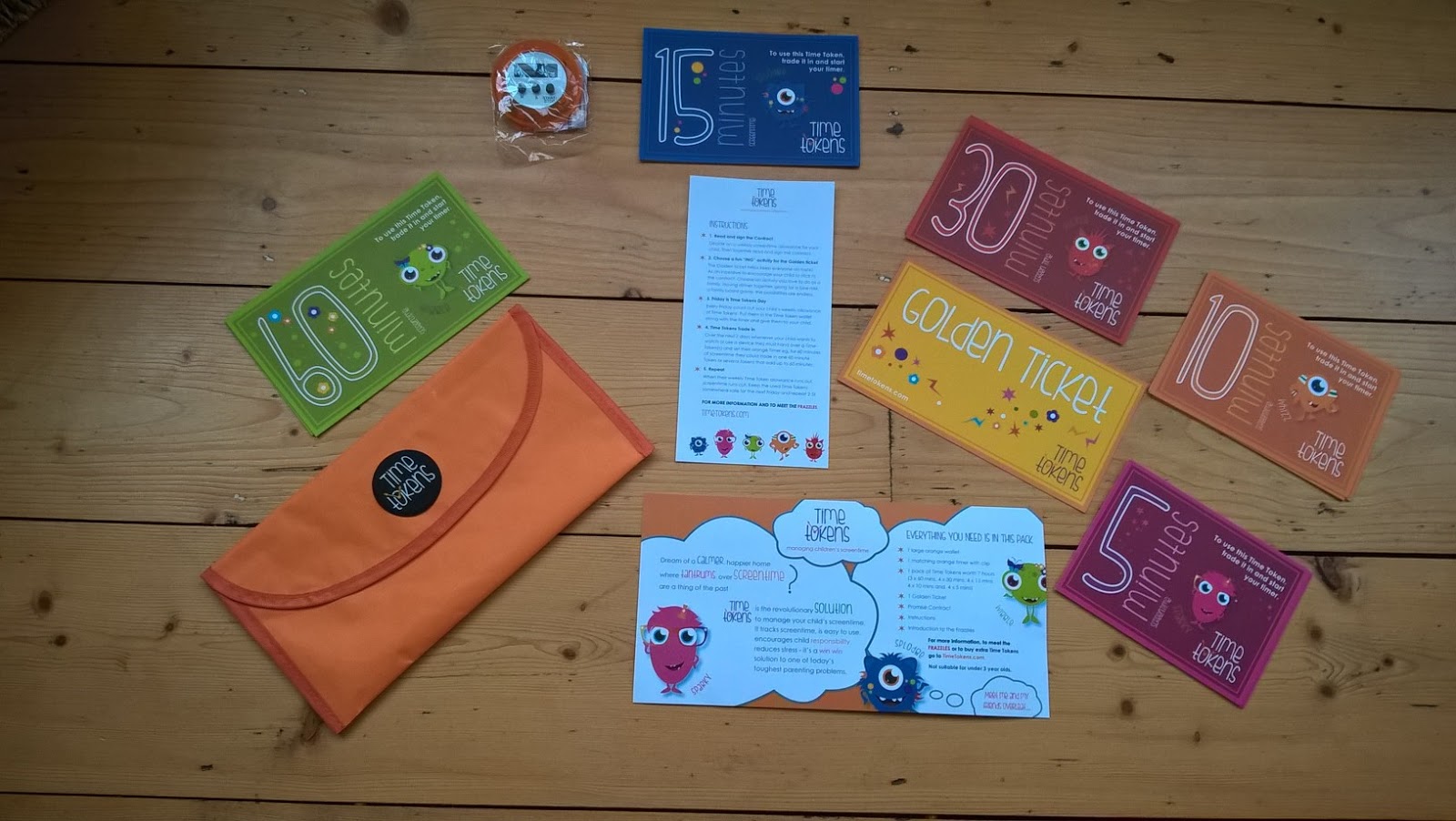 It was easier to persuade him to do his homework, go to bed or eat veggies!

Fed up with emotionally draining battles over screen-time, Amanda and Harry set about inventing a system that would work for both of them – Time Tokens was born.

It worked so simply and effectively, soon temper tantrums were a thing of the past and Harry was actually using less screen-time and was happier and calmer as a result. After trialling it with friends and family Amanda realised they had hit on something really special.

So how does it work?

Each child is given a Time Token wallet which contains a selection of tickets each worth a certain number of minutes.  The parents decide how many tickets they are allowed and the children hand them in to gain the appropriate number of minutes of screen time.

There is also a Golden Ticket which the children get as a reward for sticking to their side of the bargain and which they can exchange for a non-screen-based family activity (an ING) of their choice.

The pack also contains a timer so they can check they are sticking to the number of minutes they have ‘bought’ and a contract which the child signs to say they promise to stick to their side of the bargain by not going over their allotted time. 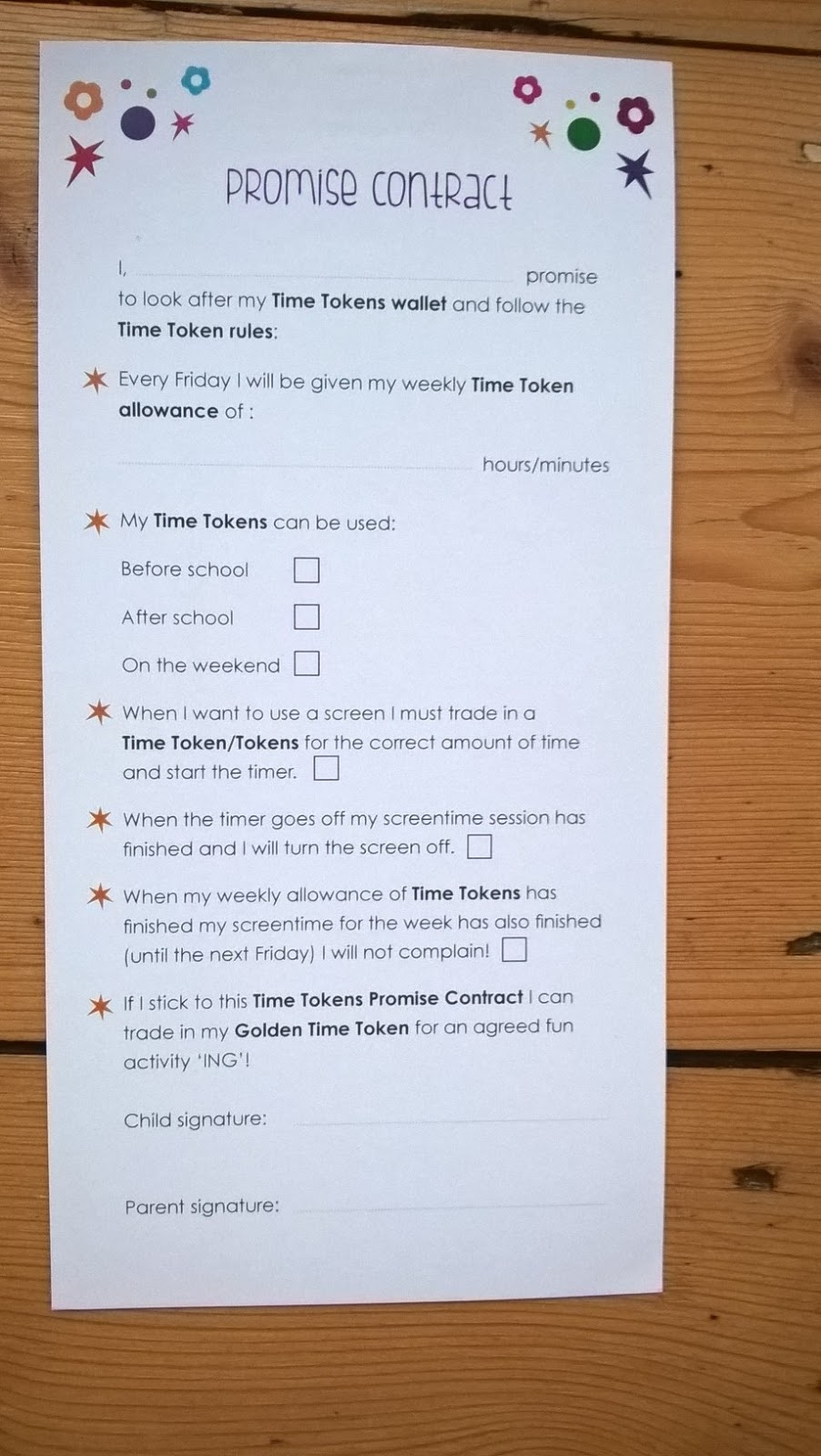 They must also promise to switch off once their timer says their time is up and not complain!

Friday is Time Tokens day when they’ll get their next allowance.

There is also a range of cute cartoon characters called the Frazzles, Sparky, Splodge, Whizz, Wiggle and Pickle, each of whom has a different interest and idea of how to spend that Golden Ticket, painting, singing, exploring, making things – absolutely nothing to do with typING!

Every Friday you receive a newsletter which features a Time Tokener of the week and artwork the kids have produced of the Frazzles, together with tips and advice to help parents maintain a calmer and less ‘frazzled’ household.

The minimum age is 5 years old and I would say the top age range is about 8-9.

So what did we think?

The Time Tokens themselves are a breeze to use and the kids grasped the concept immediately. What was interesting from our point of view as parents is that the exercise forced us to recognise our part in the kids’ rather excessive amount of screen time.

I think we are all guilty of using screen time as a babysitter and general calming activity when, ironically, it is often anything but.

Caitlin was happy to stop using her iPad when her allotted time was up as she enjoys reading more than her brother.  (She’s 8, he’s 6).  She’ll happily take herself off to her room and read.

Ieuan, on the other hand, requires rather more coercion to give up his tablet but was very keen to take control of planning the family outing. 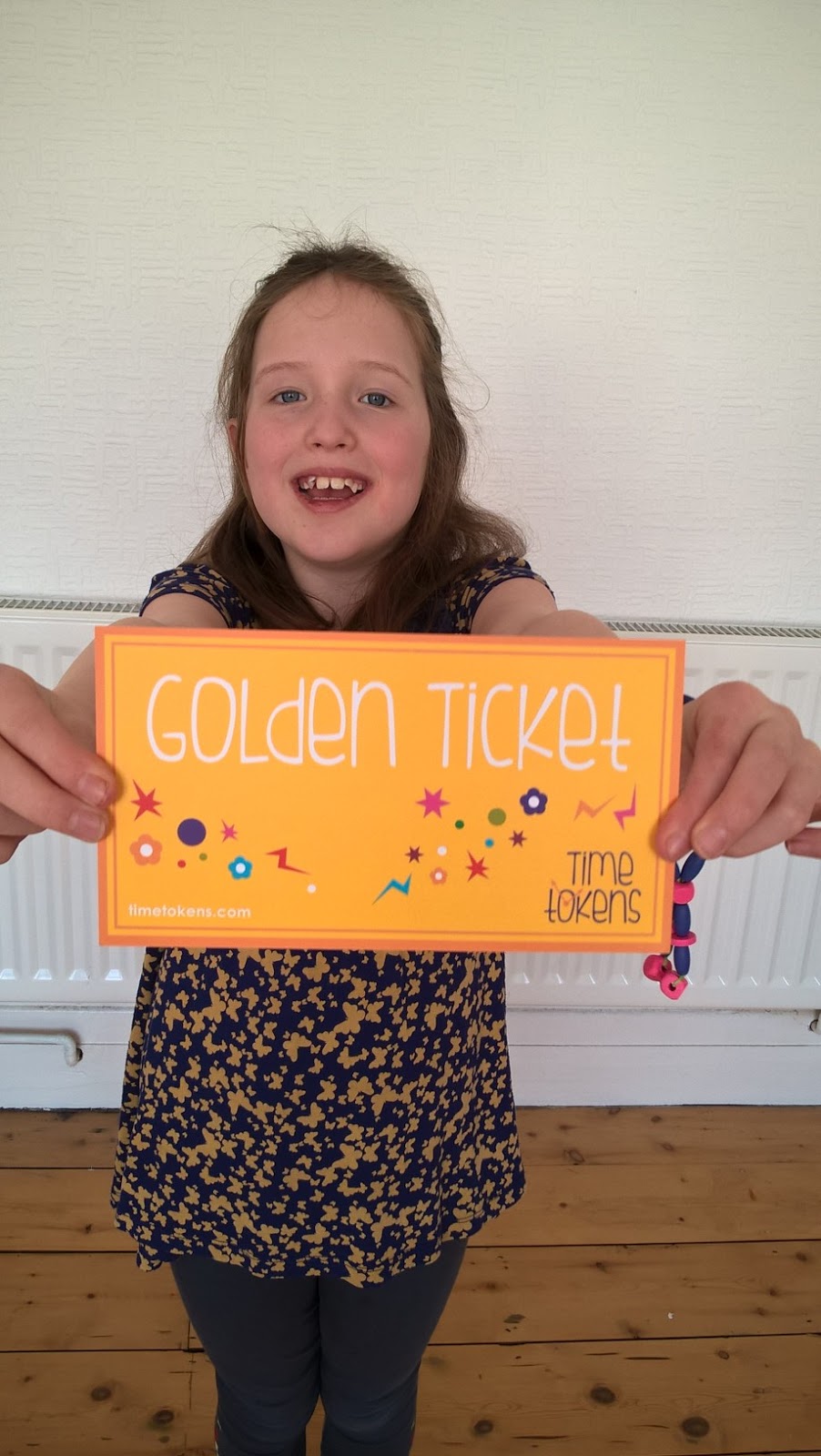 We are addressing our other bad habits too – for example taking iPads to restaurants to keep the kids quiet.  Now we are encouraging them to talk about their day and making plans as a family.

We had noticed the beginning of a definite spiral of moodiness linked to iPad usage – I hesitate to use the term addictive behaviour but it can be pretty close.

We make sure that the iPads stay downstairs and don’t find their way up to bedrooms (or get hidden under duvets!).

Time Tokens may not work for older, more sophisticated kids but it is a great tool for at least beginning to tackle the problem of excessive screen time and to help set more realistic limits.

I loved the idea of the contract/promise the child signs up to and the Willy Wonka Golden Ticket reward.

If it does nothing other than get the adults to address the problem then it’s worth the very reasonable price of a pack of tokens.

And if it gets children reading (Charlie & The Chocolate Factory for example), instead of playing Hay Day or watching endless Kinder Egg videos on YouTube, that’s a great step forward.

Time Tokens are available from TimeTokens.com or on Amazon.

I think they’re well worth a try.

6 Tips for Cutting Down on Your Screen Time

How To Spend One Hour Of Quality Time With Your Kids