I read, last year, that over Easter each child in the UK will consume around 8 Easter eggs each which is a staggering amount. And I have to confess that our two have had their fair share – which we are rationing and ‘helping them out with’ to lessen the load a little. So, despite the ravages of Storm Katie and the infrequent bouts of sunshine, we have taken every excuse to get out of doors this Easter school holiday for some exercise and, having watched Wales draw 1-1 with Northern Ireland last weekend, we are all cautiously optimistic for the approaching UEFA Euro 2016 ™ matches.

We are blessed, in Dinas Powys, with a large expanse of open green known locally as “The Common” and it is the site of many a football and rugby match along with the lovely sight of horses cantering around the perimeter. 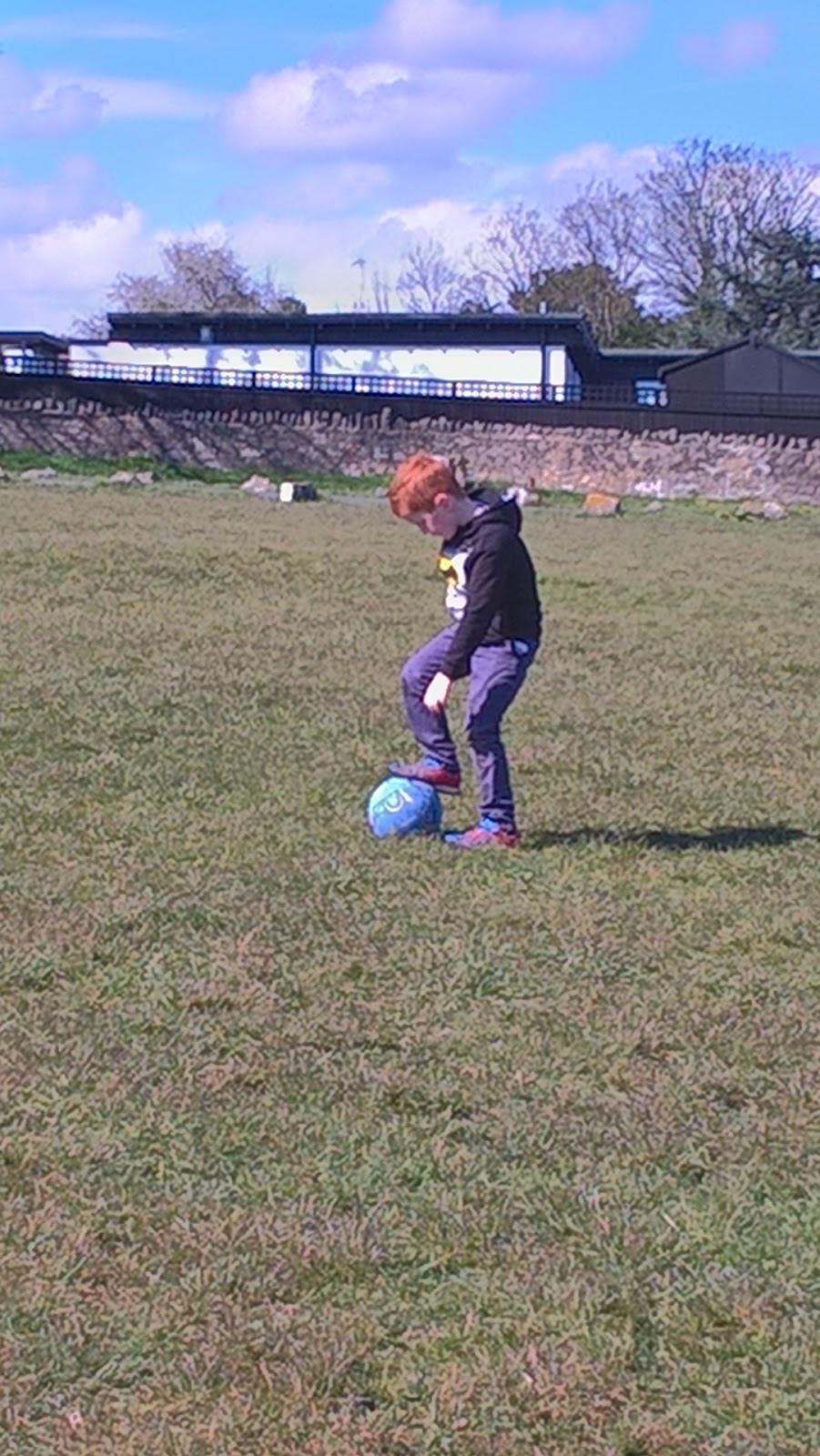 It is a great place to take the kids so they can run about and let off some steam. What could be easier than taking a ball and having a kick about for an hour?

It makes such a welcome change from the usual activities of iPad, TV and DVD and gives everyone the chance to clear their head.

Football is great exercise because:-

– improves overall health because of the shifting between walking, running and sprinting.

Five very good reasons why adults should get out of their chairs and join their kids on the pitch!

“As a kid, you obviously dream of being a professional footballer. I would watch players like Ronaldo of Brazil and pretend to be him in the playground. But I don’t think about trying to become one of the best in the world or anything like that. I just play football.” 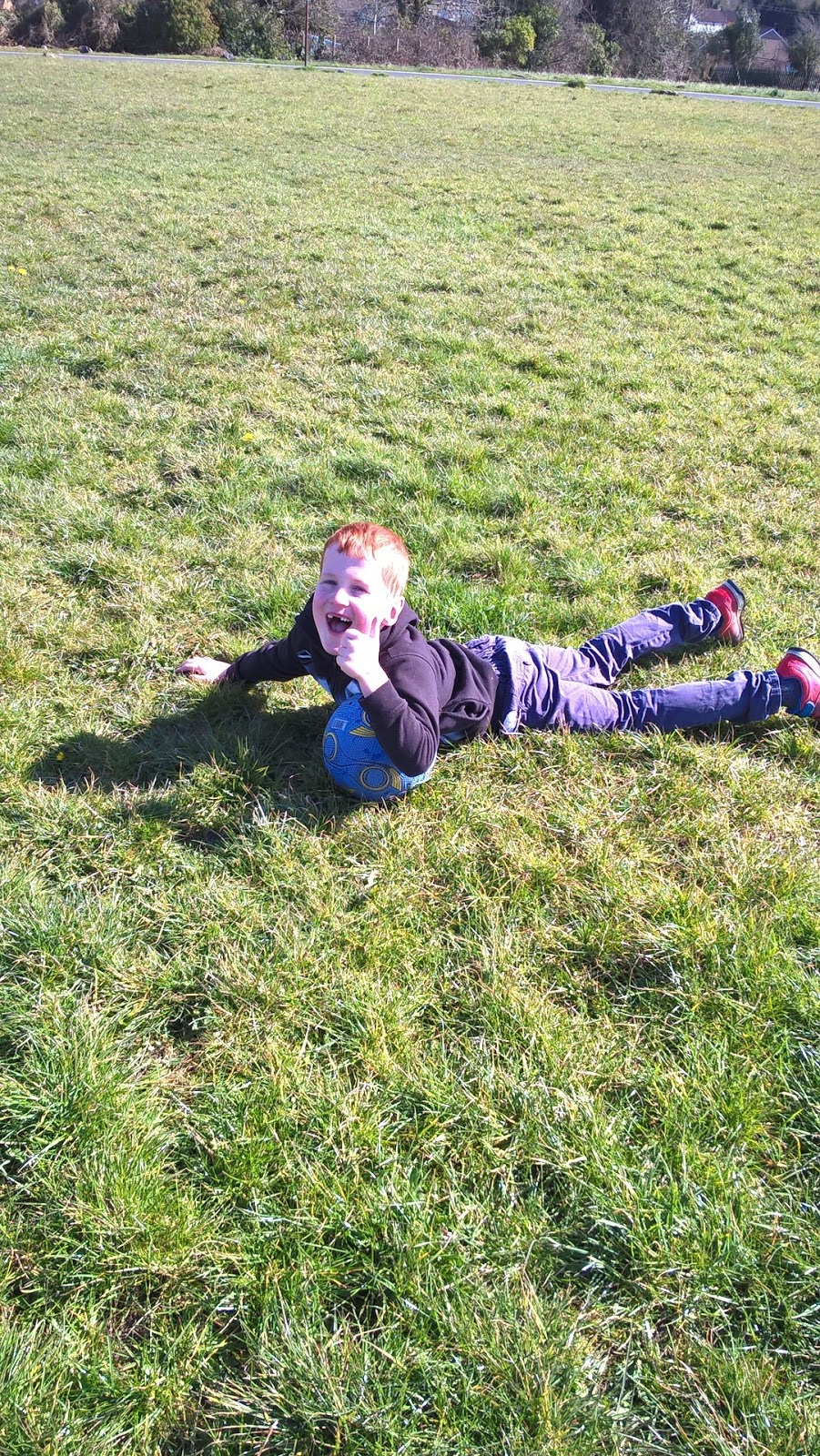 Then there are other benefits such as:-

and, as we all know, exercise of any kind is a brilliant way to deal with our anxieties and the stresses of daily life.

I think children also benefit from admiring their football heroes because they can teach children to model positive behaviours like co-operation and looking out for one another.  Everyone needs something positive to aspire to.

So, as the opening game of the UEFA Euro 2016™ championship approaches, we are all honing our football skills.

Wales face England in the second game of the group stage on 16 June in Lens. They play Slovakia in the opening game on 11 June and Russia the final match of Group B on 20 June.

Sporting legend Ian Rush has told BBC Wales Sport that ‘I’ve got a strong feeling that we won’t lose to England, even though they’ve had a good result against Germany,”  Fingers crossed!

And of course, there is still the fabulous opportunity for kids to win the opportunity to be a Player Ambassador at one of three UEFA EURO 2016™ matches taking place in June or July 2016 and the chance to win one of a hundred footballs in McDonald’s fabulous competition.

To take part all you have to do is to upload a photo of your child here by 10th April 2016 showing their passion for football: cheering on their country, celebrating a goal, or supporting their favourite team via the entry form.

Not only does your child get to walk out on the pitch but McDonald’s are throwing in (see what I did there?), travel and accommodation for the three-day trip to attend each respective match.

This is for one parent/guardian (who must be over 18) and the winning child.

Your child must be between 6 and 10 years old (inclusive) on 10th June 2016. Entries are limited to one per eligible child. No purchase is necessary to enter.

You’ll have to hurry though, the competition closes on 10th April 2016, so there are only a few days left to get photographing.

In the meantime, let’s hope the weather holds so we can all get out for a bit of footie fun.

And don’t forget to submit your entry to this amazing competition!