Gobbit is a fast and frantic card game for 2-8 players that demands strong powers of observation, steadfast concentration and the reflexes of a ninja.

It’s like a rather violent game of Snap where the winner is the last player to still have some cards left. 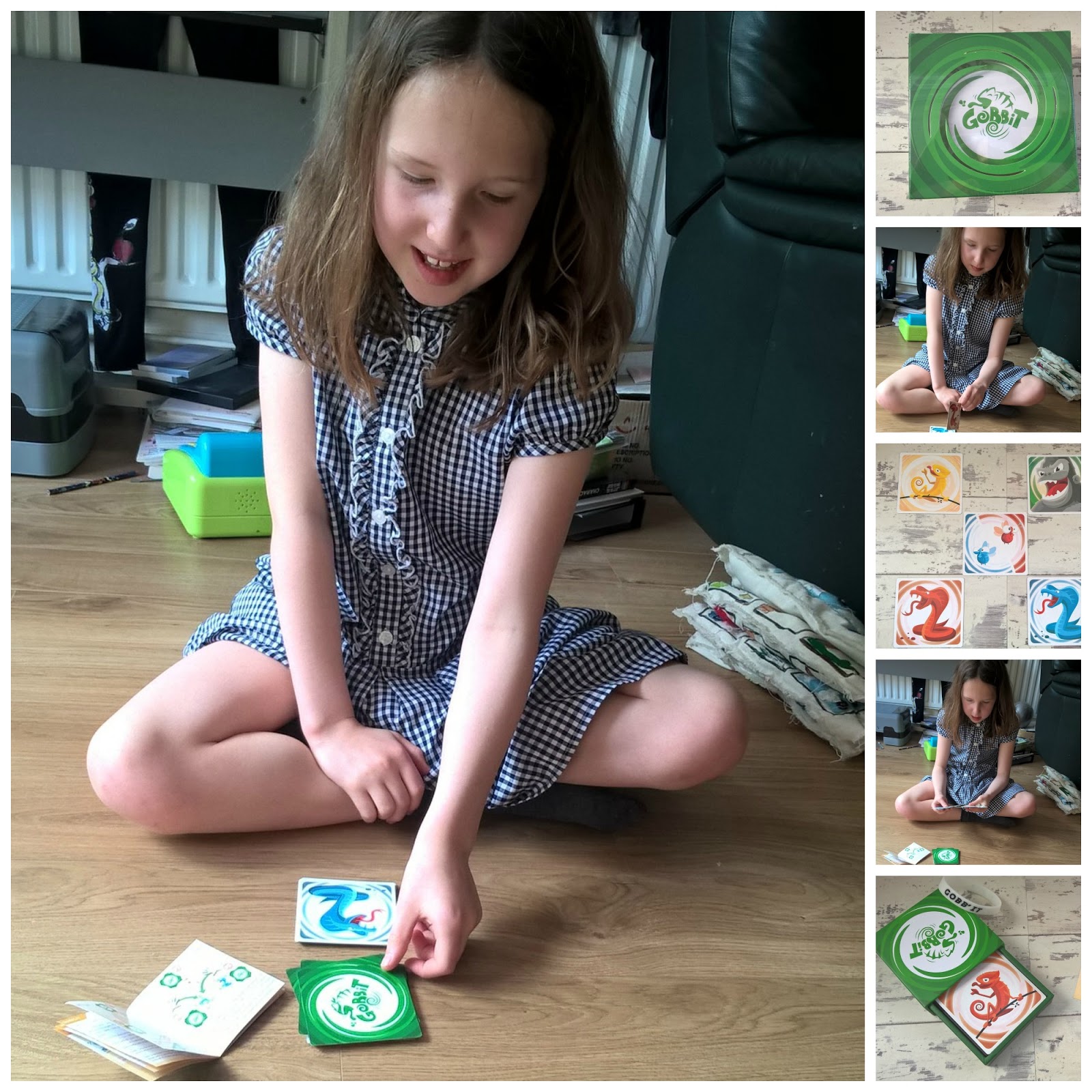 The cards feature four animals in three colours, all of whom eat one another based on their colour and a rigid food chain: the chameleons eat the flies, the snakes eat the chameleons, and the gorilla eats anything.

You take it in turns to reveal the top card in your pile but you need to have your wits about you – slap your animal to defend it from a predator’s attack, or slap your opponent’s animal to ‘eat’ it and claim their pile!

This gets trickier the more players there are because you have to work out where to slap.

Once a player’s lost all their cards, they stay in the game in their new guise as a ghost. This means they can slap any matching pairs they spot between the remaining players.  This obviously doesn’t work when there are only two of you playing!

The winner is the one with the most cards at the end of the game.

We played the basic game but as you master the rules of the game, there are several other versions which are more complicated and more challenging – for example “Poltergeist” where if you run out of cards, you can become a poltergeist and attach any cards that form a pair.

Our game also came with a beginners’ wristband in white which allows us to join the Gobbit Federation.

Caitlin and I were the test team as Gobbit is really suitable for kids aged 7 and over.  Ieuan still doesn’t have the patience at the moment, although each game of Gobbit can be completed in about 10 minutes.

We did find that it took us quite a while to understand how to play which, for younger kids, might mean they get a little impatient and Gobbit is clearly a game which is more fun with a larger number of players.

Gobbit, for ages 7+, is priced at £14 and available to buy from RulesofPlay. Each game also comes with a wristband which permits entry into all Gobbit tournaments taking place in stores throughout the UK.

I think Gobbit is an ideal game to throw in a suitcase to take on holiday with you to keep the kids entertained on rainy afternoons. It would also be a great party game for adults.

I think I’ll be wearing the white wristband for quite a while though!