I spend a lot of time responding to the questions I am asked about common relationship issues surrounding dating and relationships on Quora.com and I thought I’d share some of my answers with you in case you are going through anything similar. 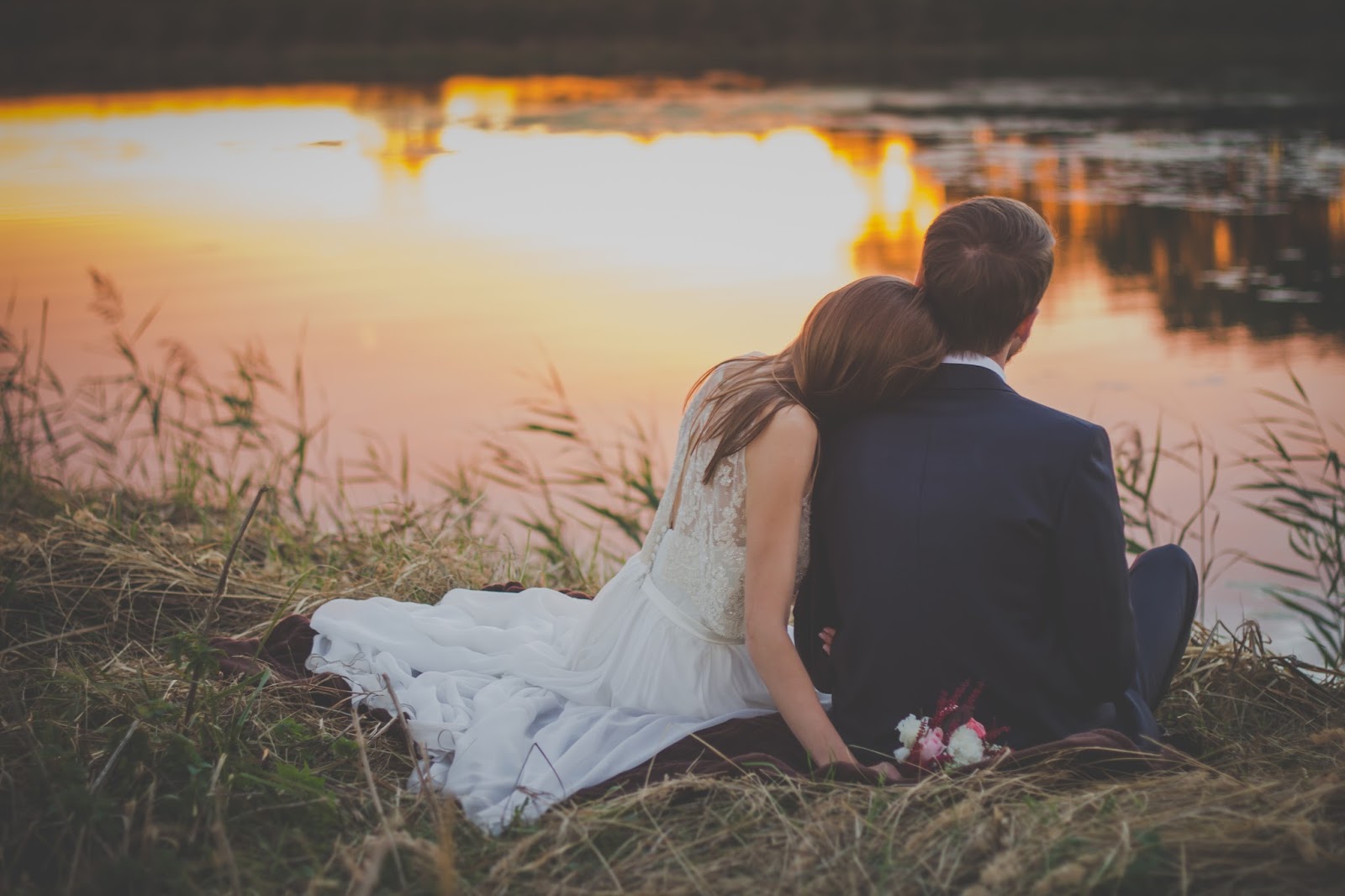 Q: How can I tell my boyfriend I want him to tell me where he’s going?

A: If you live together, or if you have a joint appointment planned it’s reasonable to ask him where he’s going because you would want to know when he’ll be back.

If you are saying you want to ask him where he’s going to check up on him, then I’m not sure many men would put up with that.

I’m assuming because you just don’t ask him outright, that you are checking up on him.

Has he given you any reason not to trust him? If so, you need to talk to him to discuss your concerns and at least give him the opportunity to reassure you.

Being too needy or clingy for no reason is likely to drive him away.

Q. Do you consider it normal to talk to your partner daily, even if it’s just a two minute “hello, how are you?” when you do not live together?

A: If not every day then certainly every other day. Are you sure your partner doesn’t feel you’re ringing him to check up on him? Blokes sometimes tend to think like that and resent it.

Also, men don’t chat on the phone the way women do – for lots of them, it’s just a functional piece of equipment whereas for us it can be an emotional lifeline!

It sounds like your partner is perfectly content with the way things are and, if you can trust him and you are both happy together I wouldn’t rock the boat.

You could ask him to at least check in every other day but you’d need to find a way to do that without sounding like his mother.

I’m 24, I have a lot of friends, I hang out with lots of people as much as I can, I like to meet new people all the time, I’m going out to party almost every weekend. In fact, I try to socialize as much as possible, I’m also not that bad looking, but somehow It just doesn’t work with girls for me. It just that when I’m in public and see a girl I like I can’t find a way to approach her and at least try to get her. I always become ashamed and just don’t have “the balls” to do it. Sometimes it seems to me I can’t even communicate with girls the right way. What might be wrong with me? Please, I’m desperate.

A: And therein lies the problem Desperation is a real turn off. Why would a girl want to spend time with a guy who will have anyone?

You need to take a break from your quest to find the perfect woman and develop some interests to help boost your self-confidence. Approaching girls in bars and restaurants is also a high-risk strategy. You would be better off finding a girl who shares a common interest or hobby and building a relationship based on mutual friendship and attraction.

I doubt there’s anything wrong with you at all – other than you are just trying too hard.

You might also try internet dating. I met and married my husband that way and you get to know a bit about a person before you meet them. I found it a much easier way of meeting people.

Q: I have two girlfriends.  I have been dating one for 6 years and the other for 2 years and I don’t know which one to stay with.

I acknowledge this is dreadful behaviour but I have been unable to break up with either of them.  Now it’s time to get married and I am in a fix.  I really need a solution to this.

A: Why is it suddenly “time to get married”? And are you sure the first woman doesn’t know or at least suspect that the second one exists? Are you planning to ask one of these women to marry you?

Given that you can’t commit to either I would suggest that neither is the right woman for you.

Otherwise, I think the one you should choose is the one you couldn’t bear to be without – and if that’s both of them then you aren’t ready to make an exclusive commitment.

Q: What are some unique questions you could ask a girl you want to get to know and woo?

She’s 20 in college for physical therapy if that helps and just like myself she’s a Christian. I’ve asked her things like what are some things you like to do for fun, what are some of your hobbies, what types of foods do you like when is your birthday, what’s your favourite type of music….

A. I think you need to relax – otherwise you’re going to make her feel like she’s sitting an exam.

The answer is to find things you are both interested in – do you have any joint hobbies? Are there artists or authors you both love?

The questions you have listed are great starting points for deciding on an exciting date location – if she likes a particular band, surprise her with tickets for a gig. If she likes Chinese food, take her to a Chinese buffet.

Talk needs to be followed with action – and too many questions will make her feel like she is being interviewed.

Natural conversation is best and the key is to listen to what she says rather than worry about the next thing to ask her.

Q: What does it mean when she says she doesn’t have feelings for me ‘yet’?

I recently confessed to one of my best female friends that I had developed feelings for her as she had been undeniably extremely flirty and receptive to my flirting, so I thought I had a good chance. She said she hadn’t ever thought of us and that she didn’t those have feelings for me ‘yet’.

A: I think she just enjoys a bit of harmless flirting without the complication of a relationship and it sounds like she is just happy to be friends.

I would express an interest in a few other women and see if that sparks any jealousy – that may focus her mind on whether there may be something between you romantically, but I wouldn’t pin your hopes on it.

Q: Do men really want a celebration when they marry or is it really just to keep the woman happy?

A: People show their love in different ways and it’s the same when it comes to weddings. Some men don’t want a fuss whilst others want to shout their love to the rooftops.

It depends on the man.

There’s no reason, by the way, that that celebration has to cost a fortune. It’s perfectly possible to have a beautiful romantic ceremony on a budget.

I’d also say that if a man is hesitating at the thought of a wedding, it’s not the idea of the celebration that’s putting him off – it’s the idea of getting married in the first place.

Q: I’m in a long distance relationship and my boyfriend is too insecure to send me pictures.  Is it wrong to be mad or sad about it?

We’ve been dating for 7 months. I know a lot of his friends and his old ex so I know he’s real.  That’s not the problem here. I’ve got 2 pictures of my boyfriend from some friends but they’re really old. My boyfriend says he’s too insecure to send me a picture.

Can’t you use Skype or Facetime? I’m sure he’d be happy to send you a head and shoulders shot (fully clothed).

The only other reason I can think of why he would object to sending you pictures if that he doesn’t want you to see who else might be in them.

Are you sure you really know him?

Q: I told a white lie to my girlfriend of 5 months and she dumped me when she found out about it. How do I win her back?

A: If her reaction was to dump you then it sounds like it certainly wasn’t a ‘white lie’. People usually understand that the purpose of a white lie is to save someone from upset, not cause it.

Whatever the reason, it sounds a pretty trivial one to end a relationship on and I suspect she’d just had enough anyway.

All you can do is apologise and offer to put things right (if you were in the wrong) but since you were only together for 5 months, I would think about finding someone new and making sure that, this time, you are completely honest.

Q: My boyfriend and I want to go on holiday together but his parents have strong religious views and we don’t want them to find out.  What would you do?

A: If your boyfriend is man enough to weather the inevitable storm when his parents find out, then it might be worth the risk but if they do find out, he’ll be in trouble and they certainly won’t be a fan of yours – hardly a good start if your relationship becomes more permanent.

It’s pretty disrespectful of him to go behind his parents back though.

You don’t sound very old – another reason to shelve a plan which is likely to get you both into trouble.

What will the reaction of YOUR parents be – or doesn’t that matter? I’d be more worried about that.

How would you have dealt with these common relationship issues?