As you may know, I spend a lot of time offering advice about the relationship dilemmas shared with me about dating and relationships on Quora.com. Here are this week’s relationship questions and answers – see if you can relate to any of them. 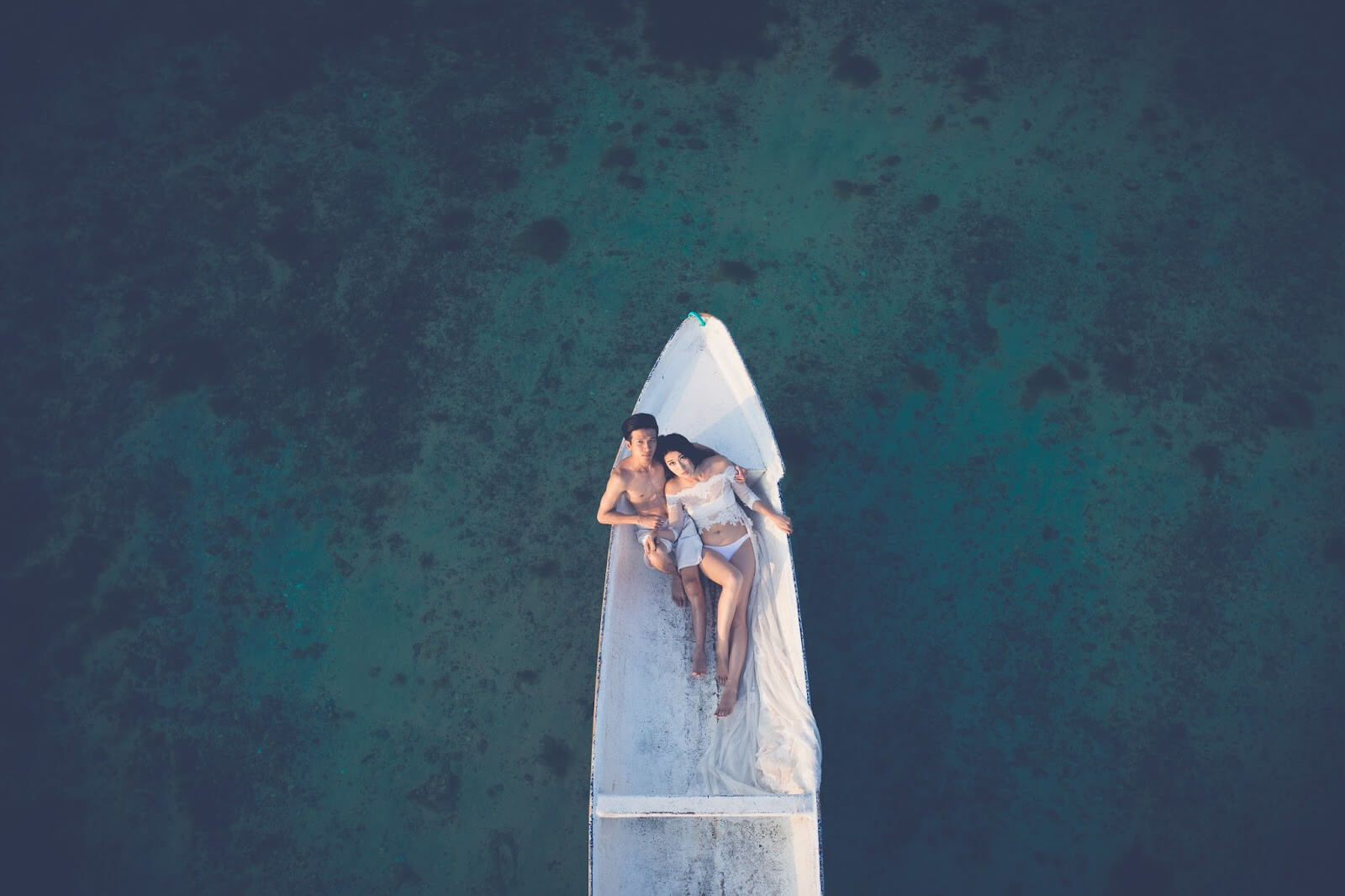 Here are this week’s relationship questions and answers.

Q: Are having a soft form of pimples and being skinny unattractive traits if you’re a guy?

A: These are both things you can do something about. Why not see your doctor who may be able to give you tablets to help your acne? Otherwise, invest in some gentle skin products and be scrupulous about cleansing your skin.

Drink plenty of water and make sure you get some exercise in the fresh air every day. Don’t eat a diet consisting of too much sugar and saturated fat.

Why not try some weight training/resistance exercises at your local gym or you can buy dumbbells and an exercise DVD to train at home.

Whilst pimples and being skinny are not the most attractive traits, there is no reason why you cannot find someone who loves you for you – and that is more likely to happen if you are taking care of yourself and working on your self-confidence and self-esteem.

Those are the things that make men the most attractive. No point looking like a Greek God is you have the personality of a rattlesnake, is there?

Q: Should I ask her out again, the girl who rejected me six months ago but seems to be very friendly now?

I asked her out 6 months ago, but she refused and ignored me a lot. After a month my study course ended and I moved to another state. It’s been 4 months now but I’m still receiving messages from her. Does it mean she has feelings for me?  I have feelings for her.

A: It may be that she is just looking for some company from someone she knows finds her attractive, but it does sound as if she is interested. When she turned you down and ignored you was she polite about it though?

If she was not kind or was rude to you I would think twice.

If she just said no thanks and then ignored you for a bit it may be that she is having second thoughts but the only way to find out what is really going on is to see if you can meet up.

You can’t really gauge the state of a relationship just by text messages. Ask her out and you’ll find out quickly enough whether she is really interested or is just after a bit of attention.

Q: If you and a girl had strong feelings for each other before she started dating your best friend, is it okay to start dating her after they break up?

A: It depends on how your best friend feels about it. I should think it would cause quite a bit of awkwardness between you. She obviously did not feel as strongly as you did if she went off with your best friend.

If they are still happy together then doing anything to break them up would be very mean.

I presume the girl knows you still have feelings for her in which case it is for her to decide who she wants. But if you value your friendship with your best friend, I’d suggest you find a girl who is interested in you – and not your best friend.

Both of us have been dealing with stress from finals and such recently but she has had a tendency to take out her frustration on me and has been spending more time with her coworker. This can be pretty hard on me at times, any insight?

A: It’s OK (and understandable) to say you have both been dealing with stress due to your finals but what is not OK is taking those frustrations out on one another.

Have you been worse than your girlfriend in this regard? It sounds so if she has been spending time with her coworker.

Now that your exams are out of the way (and I hope you both did well), why not treat her to a special date to ‘renew’ your relationship – a nice meal, flowers – a bit of romance just to say “sorry I was a pain” (even if she was too) and let’s start afresh.

If you think that the relationship with the coworker is more than just friendship, however, then you need an open discussion about where your relationship is going – and whether this is a temporary blip.

Relationships aren’t always an uphill struggle, but they do require nurturing and honest communication.

Feeling like a victim isn’t going to solve anything. Your girlfriend probably feels the same way.

Q: If I get rejected by a girl and she insists on being friends but doesn’t reply to my texts what do I do?

A: I think you have to accept that she doesn’t want to go out with you but is not brave enough to tell you that – hence the age old get out of “let’s be friends”.

Your best bet is to stop texting her and see if she starts to pursue you but it does sound as if she has little intention of dating you.

Why not concentrate on girls who give you positive signs of encouragement, come out from behind your phone screen and go and meet them face to face. That’s a much healthier way of developing relationships than playing text tag.

Q: If your boyfriend took your car without your consent, and wouldn’t return it even when you asked him to, would you call the police?

A: Why did he take your car? Was it for a specific purpose or just to joyride?

How did he get the keys? Has there been some sort of understanding between you that he could borrow the car?

If there has been then I’m not sure the police would take your complaint seriously because there is an implied permission from you for him to use your car.

Now if you are saying he stole the keys and went off joyriding, that is something else entirely. I would want to know why he did it – it sounds like an act of revenge or at least petulance.

Is your car a higher performance/value car than his? Does he have his own car?

I mention this only because if, for example, you are the main breadwinner then there may be a lot of resentment built up on his side.

This sounds like the behaviour of a petulant child, albeit if he was joyriding he could have caused damage/injury.

At the very least you need a conversation with him setting out your expectations about your car and telling him what the consequences of ‘borrowing’ it again are.

To be honest I think if you are considering calling the police, this relationship is basically at an end.

Q: Does it make sense for your partner to get offended just because you don’t want to share photos of your ex with them?

He told me he doesn’t consider me his other half because I refused to send him photos that my ex-boyfriend sent to me. I did offer to send them if he promised to delete them later.

A: It depends what is in the photos. If they are not ‘inappropriate’ I can’t see why you wouldn’t want to let your current partner see them. Surely there should be no secrets between you.

I don’t think the photos are even the issue. I think it’s because you are showing more loyalty to your ex than you are to your current partner. Why do you need the photos to be deleted?

If my ex sent me photos I wouldn’t have any qualms about my husband seeing them – not least because I would want to reassure him that my ex is in my past.

Are you sure your ex is in yours?

Q: What does it mean if my boyfriend of 2 years has not sat down with me to talk about our future plans? Does this mean he is not interested?

A: He obviously does not feel he needs to is the short answer. I am assuming you are asking why he has not proposed?

If you are already living together, sharing a bed, sharing finances, he may not see what extra being married would bring.

If you are not living together and he is showing no signs of wanting to, then I think you need to sit HIM down and ask where you are going.

You don’t need to wait for him to take the initiative you know, especially after 2 years. Why have you waited so long to address this? Has he made vague promises about a future together? Have you discussed the big issues – what does he feel about marriage and children?

If you just sit there and wait for him to go down on bended knee, I suspect you are going to have a lengthy wait.

Don’t waste any more time on someone who might not want a future with you. Ask him – and soon.

Q: Why isn’t this girl initiating text and why hasn’t she replied for a few days?

I started texting this girl at school, quite a friendly girl who smiles at me. The first few days of texting she responded enthusiastically and quickly. However, she never once initiated out of the 2 weeks I have known her. She hasn’t replied for 3 days already. And yes, she has ‘seen’ my text.

A: You’ve only known her for 2 weeks and you are worried because she hasn’t replied to one of your texts after 3 days?

I imagine she feels you have come on much too strong and this has put her off.

If she is a friendly girl, I suspect she was only being polite to begin with. I would back off from the texting or she’s going to start finding you a nuisance.

Texting is not having a relationship. It’s playing with your phone. Why not find a way of meeting girls face to face where you will find it much easier to gauge whether or not they are interested. And try to be less pushy.


How would you have responded to these relationship questions and answers? You can find more dating advice on my problem page.