Last night Caitlin, Ieuan and I attended the press night for the Sherman Theatre’s brilliant new production in association with Alice House and RGM Productions, “The Hunting of the Snark”. 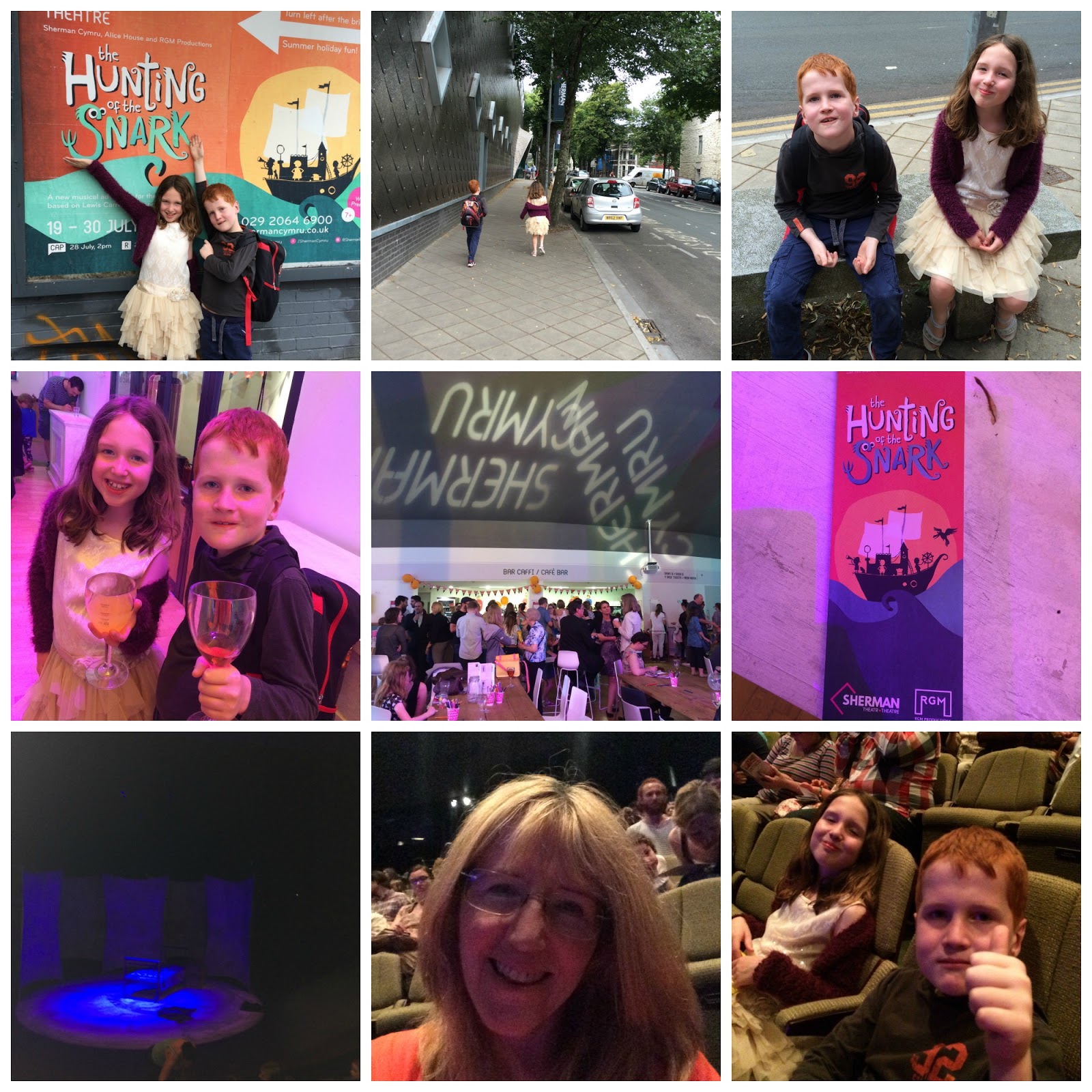 Commissioned and directed by Gemma Colclough,  The Hunting of the Snark is a new adaptation of the Lewis Carroll poem which is a tale of adventure, bravery and, most importantly, family. 6 actors took to the intimate theatre space that the Sherman Theatre is renowned for and transported the audience to a world of incredibly odd creatures, songs, fun and outright silliness.

In the tradition of all the best moral tales, the characters are known by their type or role – with the exception of  Steve, who produced the sound track to the show with the help of a guitar and drum.  There was The Bellman, The Butcher, The Baker, The Banker and his son,  The Boy.

The tale links them all together and they travel to Snark Island to hunt the mystical creature which has been recently spotted after a hundred years.  Do they capture it and take it back with them to sell?  Is the Snark all that it seems? 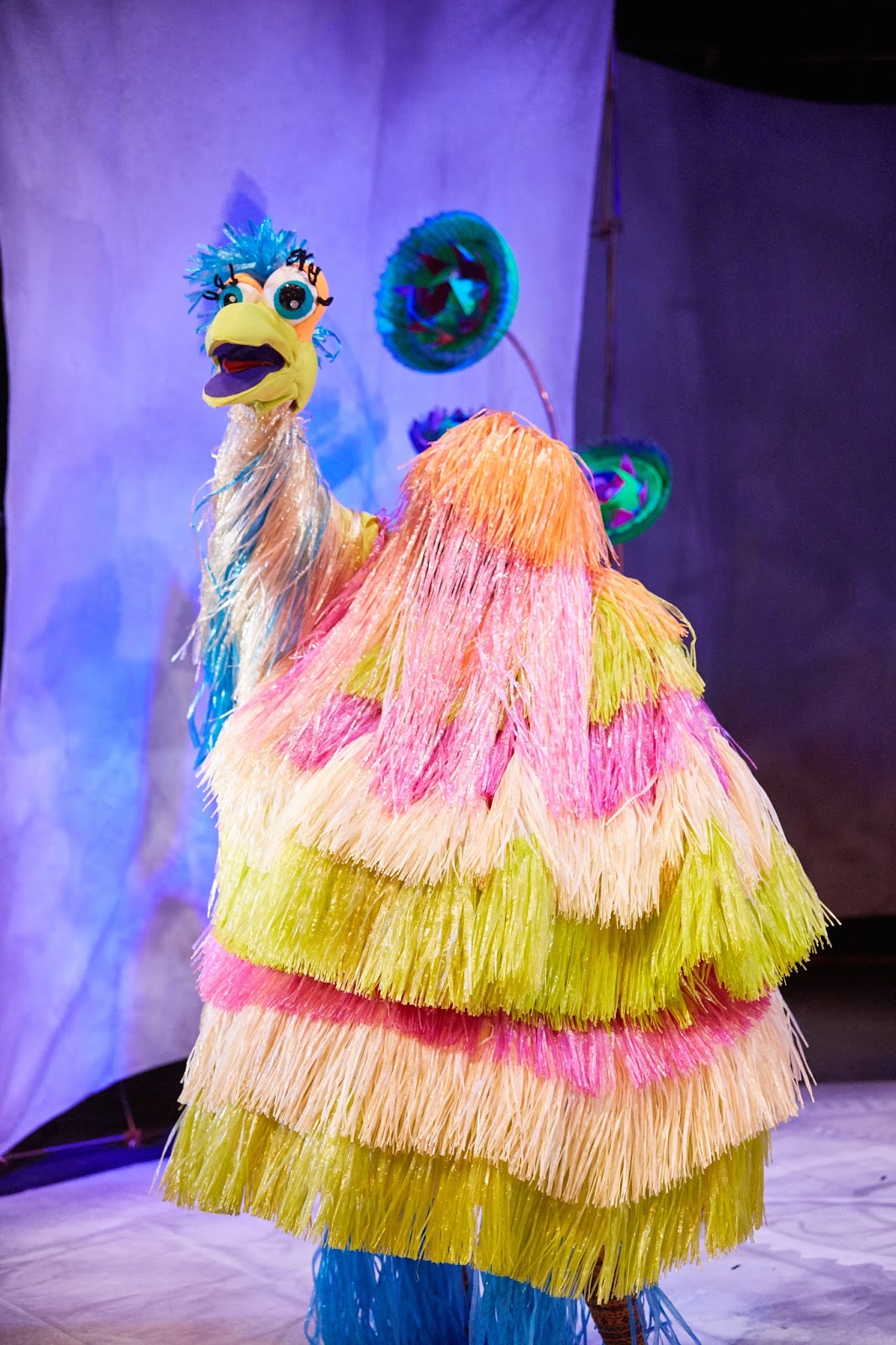 An enormous discovery is certainly made by one of the characters and it changes lives for ever – but that’s all I’m going to tell you.

The staging is simple but brilliantly effective.  At one point the moon appeared and Ieuan gasped.  The songs are witty and full of enough adult references to get the parents laughing and there is plenty of slapstick silliness for everyone.

The show runs for approximately 75 minutes and this may be slightly too long for very little ones but it was just right for Caitlin (nearly 9) and Ieuan (7).

They loved it so much Caitlin asked to go and see the show again and Ieuan has not stopped talking about his favourite character, the hilarious Bandersnatch, ever since.

Given that The Hunting of the Snark was written by Carroll in 1874, the cast have done a fabulous job of bringing the poem bang up to date and creating a really memorable show.

Here’s what Caitlin and Ieuan had to say.

“The Hunting of the Snark was awesome.  I enjoyed it so much.  I really enjoyed it because it had an adventure and the characters were amazing.  When I danced in the Lord Mayor’s Show it was scary and I thought the actors were very brave.  I would really love to see the show again.”

“My favourite part of the story was when the Butcher tried to catch the Snark. The funniest part was when the Bandersnatch turned up and did funny poses.  He sang a song about himself and I also liked it when the Jub Jub bird stole the Banker’s trousers”.

The Hunting of the Snark runs until Saturday 30th July with tickets at £9. You can book online or telephone the box office on 0292064 6900. The Sherman Theatre is situated at Senghennydd Road, Cathays, Cardiff, CF24 4YE.

And, this Christmas The Sherman Theatre is bringing to life another classic in The Borrowers. Directed by Amy Leach (Associate Artist; Dukes Theatre, The Egg and Shakespeare Schools Festival). Their Christmas production for 3 – 6 year olds and their families sees the return of co-production partners, Theatr Iolo, in Hans Christian Anderson’s, The Emperor’s New Clothes / Dillad Newydd yr Ymerawdwr.