As you may know, I spend a lot of time responding to the questions I am asked about dating and relationships on Quora.com and I thought I’d share some of my answers with you in case you are going through anything similar. This week, a very keen lover wants to help the object of his affections dump a guy but it really isn’t for him to decide! 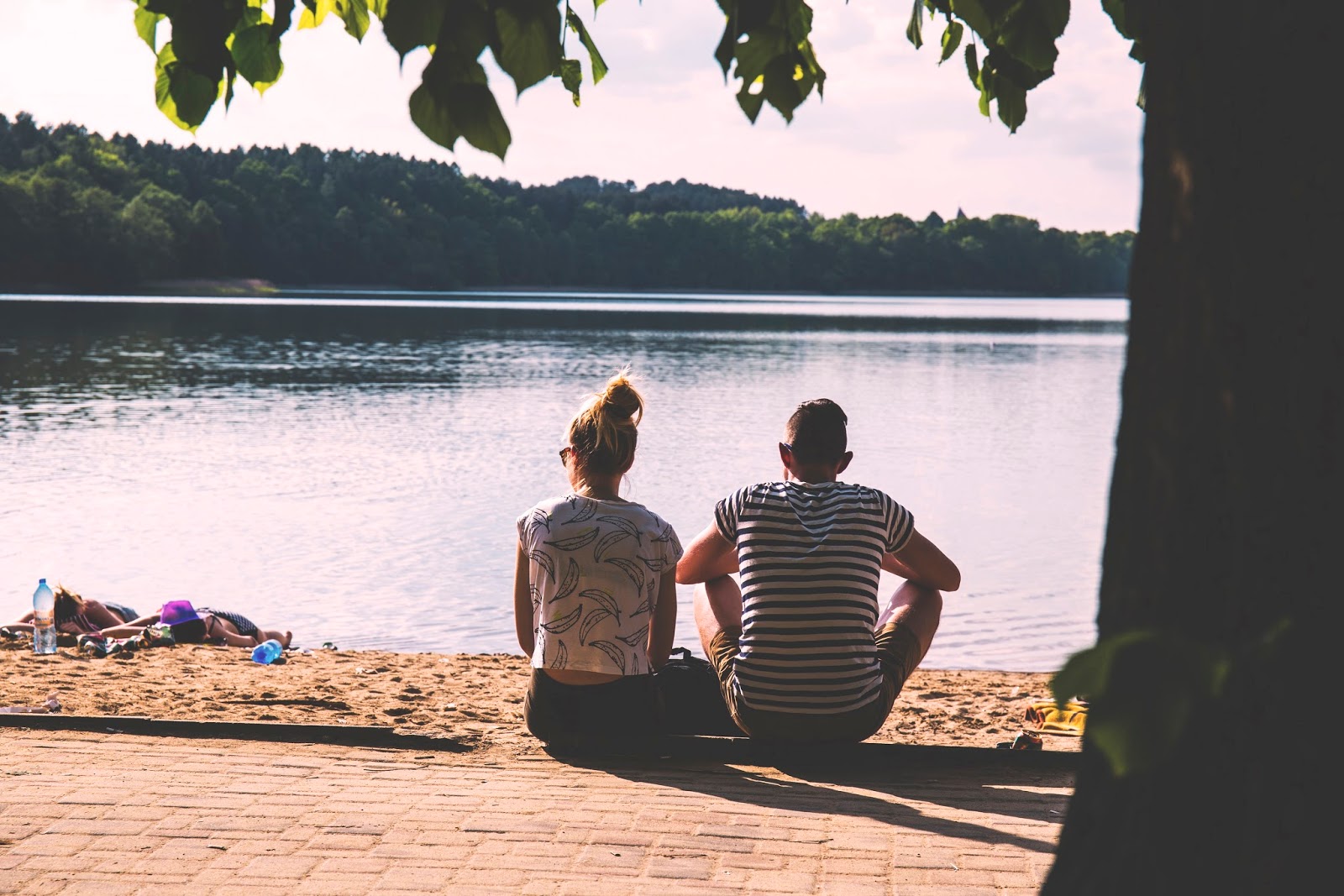 Q:  The girl I love is madly in love with me but she has been dating other people for 4 years now. What do you suggest? How can she dump her guy without causing pain?

I proposed to her 6 years ago. She claimed she regretted lying to me about the fact that she was dating because she had exams ahead of her. It’s been 6 months since we last met when there was no sex or even kissing. Our bond gets stronger but she doesn’t want to hurt her guy.  Being apart from her is hurting me emotionally.

A: If I understand your question correctly, this girl has kept you hanging on for 6 years whilst still dating someone else?

I can feel that you are very hurt by this situation but it does not sound as if she has any intention of getting rid of her current boyfriend because this has been going on for so long.

If she is willing to dump her current boyfriend then she just has to be honest but she may well cause him pain – particularly when he finds out that there has been another guy in the picture all this time.

I think she really needs to decide who it is she wants and make a decision because at the moment she is keeping you both dangling which isn’t fair on either of you.

If another 6 months pass I would say that you should assume it’s not going to happen and, however, hard, find someone who is free to pursue a relationship with you.

Q: Is it wrong to ask my boyfriend to stop talking to a female friend of his?

A: It depends on what type of ‘talking’ and how often. It is perfectly reasonable for your boyfriend to have a friendly conversation with other girls.

What isn’t reasonable is flirting with them in front of you – although some women don’t worry about that either if they are secure in their relationship.

You don’t sound very secure in yours but being too possessive can drive men away. How does your boyfriend react when you talk to male friends?

If he’s a good guy and has given you no reason to think he’d be unfaithful then you need to cut him some slack.

If he is flirting with your friends then you need to take a call on whether he’s the right guy for you.

A:  It can be but the real sign of good first date is a request for a second.

You could talk for hours but unless you made plans to get together it may mean that although you got on, there was no ‘spark’.

I think, in all honesty, it’s too soon to tell.

Q: My boyfriend hasn’t texted me in 4 days. Should I text him? He usually initiates the majority of our conversations.

We spoke on a Skype call on Friday and everything seemed fine.  There were no fights or anything. I can see one of his old Skype accounts online has been set to ‘away’. It’s been like that for a few days and he hasn’t been online on steam. He usually waits 2 days to text me after we talk for some reason too.

A: Is this a long distance relationship? Are you too far away to visit him to see if he’s OK?Can’t you just pick up the phone and call him?

Sometimes it’s so easy to get caught up in ‘the rules’ that you forget to have a normal relationship.

It doesn’t sound as if you know this guy very well if you are so unsure about what is going on in his life. It may be that he is just unwell.

Some men also hate phoning and save up their contact for when they’ve got something to say or some news. He may just feel once every few days is enough.

Q: My girlfriend took her friends to MY weekend cabin without my permission.  Was it wrong of her to do this?

A: It was a bit cheeky, certainly but hadn’t you had a conversation with her about using your cabin before? How did she get the keys? Did she and her friends trash the cabin?

Does she assume that she doesn’t need your permission?

Either she’s taking advantage of you or you’re in different places romantically – she feels you’re a couple and should share. You clearly don’t.

The fact that you use the phrase “without my permission” makes me think you’re not exactly head over heels in love.

I think it’s time to set some ground rules for the relationship or, if she has annoyed you that much, consider whether you want it to continue.

I’ve told him several times how I feel and that I want to be in a relationship, but he insists that I need to focus on school/career before we start dating. He adores me and tells me he loves me, but I don’t know why he won’t commit to a relationship? He gets super jealous when I get a boyfriend

A: Because he’s getting everything on a plate and doesn’t need to.

What extra ‘benefit’ would he get from ‘committing’? What does that mean to him? Marriage? Exclusivity?

He’s 45 and you’re almost half his age so you are probably a massive ego boost to him and whilst you are desperate to keep him he doesn’t need to do anything.

If you are serious about changing the status of your relationship (and frankly after 6 years I can’t see it happening), I would date as many guys as you feel like, have a great time and make it crystal clear that you can live without him.

He may make a commitment but by then hopefully, you will have found someone who deserves you a lot more.

Q:  My girlfriend has made us go on a break to decide if I am the one she wants to marry. What can I do?

A: If she has instigated a break it doesn’t sound as if she wants to marry. If she wanted to marry you she would do everything to be with you, not ask for a break.

Are there big issues which need to be thought about? Do you agree about religion, children, where you’re going to live? Have you discussed finances? What do your respective families think?

It sounds like there is a lot more going on in the background than is explained by your question.

Have you discussed these things? To decide whether you are ready to marry you should be together talking about this stuff, not in separate locations.

Have there been previous problems in the relationship? Has either of you ever cheated? If you have cheated I would not be surprised if she wanted a break.

I think you need to ask yourself these questions and decide if, actually, YOU want to marry her.

If the answer is yes, all you can do is ask her to meet up and have a really honest conversation about how things stand between you.

Q: After 1 date, a guy I met through friends has invited me to his summer cabin for the weekend. Is this going to be a mystery killer and hurt our dating chances?

He sounds incredibly keen but you hardly know him. Is he assuming you are going to share a bed though? I think you need to clarify on what basis you’ve been invited. Is anyone else going? If you met him through friends, could this just be a get together just as friends?

I think you need to find out more before jumping to conclusions. And, rather than killing your dating chances, I think you’ll save an awful lot of time by finding if you can stand to be together in close quarters for an entire weekend.

Q:  How do I get back with someone who loves me but broke up with me because of my career?

A: I think she has not been entirely honest with you. Unless her job involved a move to another city or perhaps a posting overseas, was there no way that the two of you could have compromised to make things work?

Were you being too demanding? Complaining if she worked late? In some professions, such as law, in my experience working late is expected if you want to get on.

No matter how fond she was of you, she has chosen to focus on her career.

It may be worth a call to ask how things are going but I think if she loved you that much, she would have found a way to keep you in her life.

What about your career? Isn’t that worth focusing on? You may find someone better suited closer to home in an environment you both know and understand. That is a better basis for a mutually supporting relationship.

How would you have responded to these questions? Would you push someone you’re interested in to dump a guy?

You can find more dating advice on my problem page. Want the answers to last week’s questions?  They’re here.