Relationship Dilemmas is back. As usual, the questions I am asked can be about any aspect of relationships – this week “why does my ex boyfriend keep texting me?”, and sometimes parenting and health. 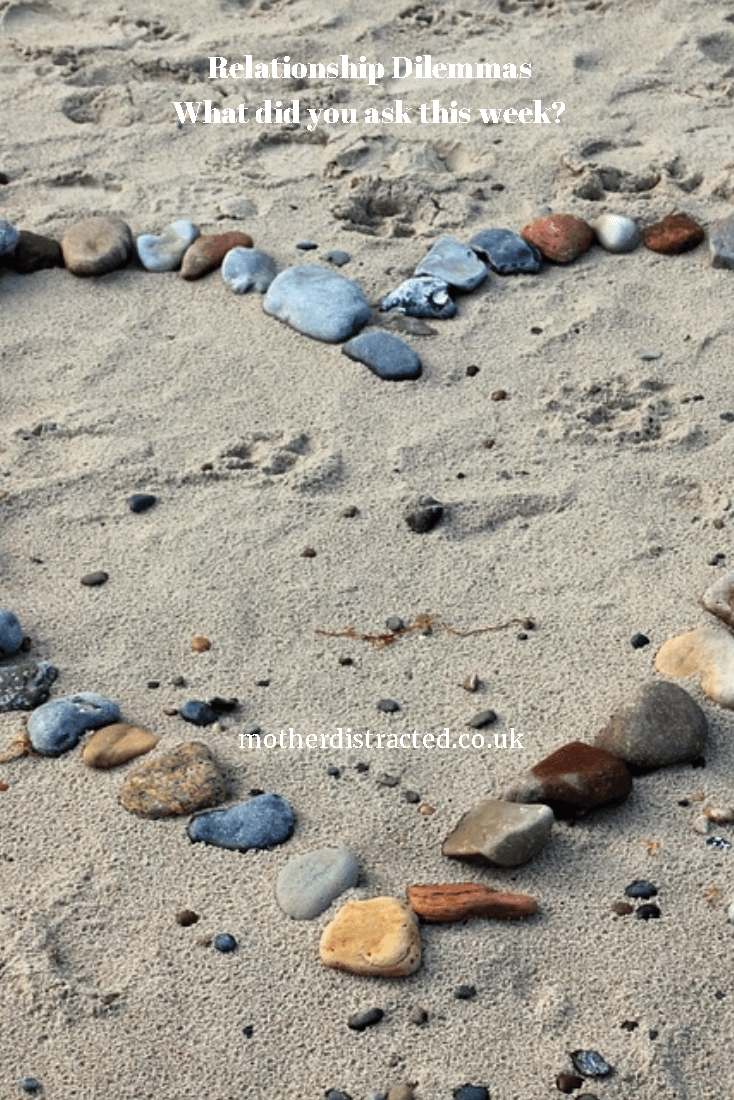 Q: Why does my ex boyfriend keep texting me? How do I reply to him as he keeps texting me saying that he hasn’t done anything bad to me? The reason we aren’t together is precisely because of the fact that he won’t stop texting me!

A: If you want this man out of your life then do not respond to him.

If he is your ex-boyfriend then his insistence that ‘he hasn’t done anything bad’ is irrelevant. The relationship is over and he needs to move on. Responding to his texts will just give him hope.

I’m more concerned though by what you mean when you say “anything bad”. I’m hoping you mean that your ex doesn’t understand why you have split up rather than anything more sinister.

If the reason you split was due to his neediness and clingy-ness, did you explain this to him when you split up? I’m assuming it was you who did the dumping.

If his contacting you becomes more frequent then firstly I would urge you to make someone else aware of the situation for your own safety (better to be safe than sorry) and secondly to change your mobile phone number and cut him out of your life.

If he starts turning up at your place or following you, you must tell somebody and explain what’s going on.

But this sounds like a man who hasn’t quite got the hint – and not responding to him will help him to get it.  You have to stand firm.

Q: How do I answer a text from a guy which reads “it was nice to meet you?

A: It depends on how you met. Did you go on a date?

In my experience, if a man isn’t interested he won’t bother to get in touch. It sounds like he is expressing an interest in you and the ball is in your court.

You could say that you enjoyed meeting him too and you’d be happy to meet up for a drink (or similar).

Nothing ventured, nothing gained.

Q: It’s been over a year since we broke up. Is there any hope left?

A: It depends why you split up. If you or your partner were unfaithful then possibly not. If you just drifted apart, then maybe.

But if you have not heard from your ex for over a year then it doesn’t look like they are pining for your relationship.

Have you done anything in the last 12 months to re-establish contact? Has something happened recently to make you yearn for your old relationship? Has a new relationship just bitten the dust for example?

Relationships always look better, happier, more romantic with the benefit of nostalgia when, often, they were anything but and splitting up was the best and healthiest thing that could have happened.

You could write a letter or email your ex explaining how you feel and asking whether there is a chance to reunite – or invite them out for a drink for old times sake – but I think you need to be realistic about this.

They may well agree to see you to talk about old times but that doesn’t mean they will want to leap back into your old relationship.

You may well find that you are both different people now.

All you can do is take a chance, be ready to put your heart on the line but if it’s a no, then accept that it is finally time to move on.

Q: Should I just let go of my boyfriend even though I love him if I just don’t feel that he needs me any more?

A: To paraphrase your question, I think what you’re saying is that your boyfriend doesn’t seem so interested in you so you want to dump him before you get dumped?

If you do mean that he doesn’t seem to NEED you anymore then I would suggest that it’s not a very healthy relationship.

Don’t you want a boyfriend who wants to be with you because he enjoys your company and you add to his life?

Either way, it would be madness to let someone you love go because you are feeling insecure.

Far more sensible is to have an open discussion with him about how you’re feeling and where he feels your relationship is at.

If you suspect his interest is cooling then it may be hard but at least you will know where you stand and can make a decision about your relationship based on facts and what is right for you, rather than doing something hasty out of panic.

Q: How can I forgive myself for the way I treated my ex boyfriend?

I took advantage of his love. I even made him cry once. Once I even fell for another person but denied it. I went to the prom with another guy. I can’t forgive myself and I can’t move on. I know I don’t deserve to though.

A: Yes, you were unkind but you know we all have choices.

It takes two to make a relationship and your ex had the opportunity to leave you at any time if he found your behaviour unacceptable. This doesn’t condone your behaviour but the wider question is why did he put up with it?

Obviously, he loved you and hoped that things would work out but we teach people how to treat us and it’s not as simple as heaping all the blame on yourself.

You were quite young, I’m guessing, when all this happened and what you describe is perfectly normal for teenage relationships. We are all learning how to love and how to relate and of course, we make mistakes.

If you feel awful then contact him and just say you’d like to say sorry for being horrid during that time and hope things are good with him now.

If you are not interested in rekindling the relationship though, you need to be very careful you do this in a way which doesn’t raise his hopes again.

If it were me, I’d just tell myself that I’ve learned through the experience, I’m now a nicer person and a stronger person – and your ex probably is as well.

You don’t say if you know how he’s doing but he may well be perfectly happy and settled in a new relationship and if so, the last thing he will want is to have to deal with your guilt.

I think this is one of those times when you have to ‘woman up’ and vow that in future relationships you will behave in better ways.

But beating yourself up for being young, naive and thoughtless is pointless – it’s just part of growing up for many.

Q: What do you do if your boyfriend is hitting on your eighteen-year-old daughter through texting? Does this mean he fancies her?

A: I think you know the answer to your question but, understandably, don’t want to accept what’s happening.

I’m assuming you have read the texts – either on your daughter’s phone or you have been reading them on your boyfriend’s.

It should be pretty obvious whether there is any sexual flirtation going on and, in any case, it is pretty odd for your boyfriend to be texting your daughter if you are not living together or he is not about to become her stepfather.

If you are sure he is hitting on your daughter then your first responsibility is to your DAUGHTER – unless she is actively encouraging him in order to get at you. Are there problems in your relationship with her?

In your shoes, I’d ask him exactly what he thinks he’s playing at and if you are unhappy with his answer, get rid of him.

And change your daughter’s phone.

Q: How do you handle it if your boyfriend has a friend who is a girl?

A: How close a friend is she? If she is one of the ‘crowd’ or an old school friend then I think you just have to accept the friendship and be mature enough to be gracious about it.

A strong relationship is built on trust and you should be able to talk to your boyfriend about this and he should want to reassure you that she is no threat. I’m wondering why you haven’t done this?

If, on the other hand, there is a secretive element to the friendship – he is constantly texting/phoning or breaking dates to be with her, then you need a frank conversation with him about what is going on.

But however uncomfortable it makes you feel, you can’t expect him not to have female friends – as long as the boundaries between friendship and romance are clearly defined and stuck to!

I think you need to speak up.