As we head towards the festive season, our thoughts turn to the special person in our life and, if we don’t have one, possibly attracting a new love to see in the New Year.  In my Relationship Dilemmas column, I am asked about a wide range of topics including relationships, dating, parenting and health.  This week, someone suffering from tinnitus wonders if it will ever go. 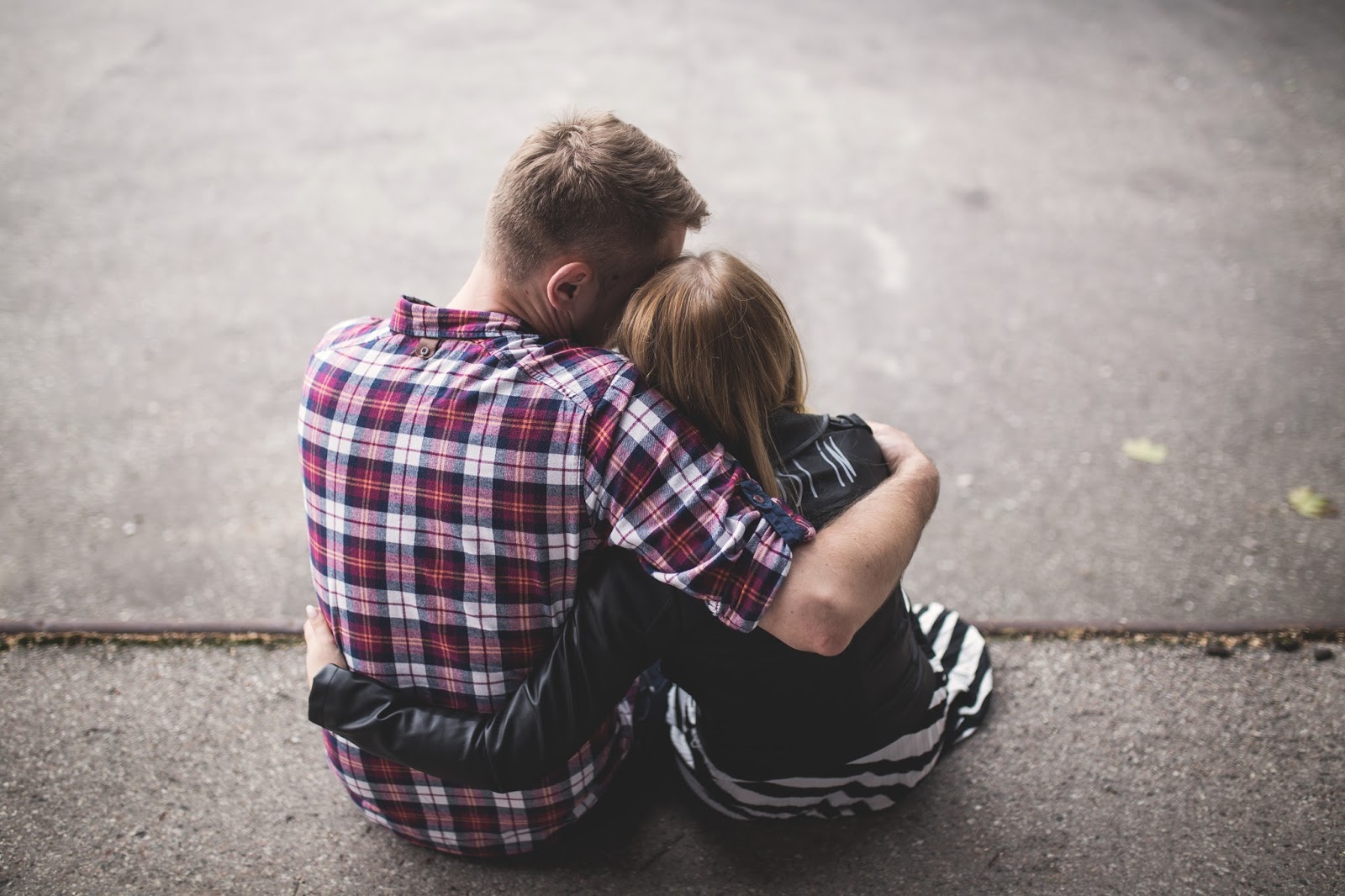 Q: Why does my girlfriend stay with me even after I keep getting caught lying?

My girlfriend has caught me in a lie I can’t even tell you how many times, whether it be lying about doing drugs (number 1 thing I get caught for) or lying about talking to other girls.  Granted I’ve never cheated and never would but I gave up all my friends to be with her so it is nice to just chat with the opposite sex. She texts guys from school ABOUT school only though for the most part and I don’t get mad at all…anyways I have a bad habit of lying and she should have definitely left me by now, why hasn’t she?

A: I would be more worried about your drug habit which is surely affecting not only your behaviour but the way you relate to others.

Does your girlfriend join you in your drug taking – in which case there’s a clear reason why she puts up with you?

It sounds like you are quite young and have not yet learned to take responsibility for your behaviour but you will surely come unstuck at some point and find the consequences far more severe than a girlfriend who you seem to disrespect for being a doormat and putting up with your nonsense.

If you are still in school is there someone you can talk to about your habit? Or someone at home you can confide in?

Lying and getting away with it is also an addictive habit. Why are you craving so much attention?

Your girlfriend may put up with all this because she loves you and people can only take so much and if you’re not careful you’ll find yourself single again.

Or, is this what you secretly want?

Q: I am suffering from Tinnitus. Are there people who had it for a couple of months (3 to 6) but where it disappeared after that time?

A: Yes there are but it depends on the cause of the tinnitus. Some medications can cause tinnitus (for example Naproxen or other drugs in the NSAID family like ibuprofen) and the tinnitus may stop when these are no longer taken.

When did your tinnitus start and had you made any particular life changes around this time?

Other things to consider are your general state of health and whether, for example, you may be gluten intolerant or have thyroid problems.

Are you suffering hearing loss?

Are your ears full of wax in which case asking your doctor to gentle suction the wax out (NOT syringing) may relieve the tinnitus?

Have you had any dental work? A root canal for example or wisdom teeth removed. Do you have trouble with your jaw/bite?

As you can see there are quite a few triggers. The most important thing to do is not to panic but to consider what you may be doing to contribute to the problem and make some gentle lifestyle changes.

Then talk to a doctor who may refer you to an ENT or hearing specialist.

You’ll also find some really supporting tinnitus groups on Facebook who offer wise advice and help you cope with your fears.

Q: How can I make my 5 years old kid (girl) more disciplined? She won’t listen to me, repeats the same questions that she already knows the answers to, and sometimes does things that bother me on purpose.

How do I teach her to do the right things without pushing or punishment? Also, is punishment an option in this age range?

A: Little children are forces of nature and like to explore, have fun, make a mess. They simply don’t understand or remember rules. They do, on the other hand, model the behaviour they see adults exhibiting.

If you want your little girl to be better behaved, showing is better than telling. Reinforcing the positive things she does will be more effective than shouting at her when she does wrong. My two will just screen me out if I shout too long about something.

Why don’t you sit down as a family and draw up some house rules then stick them on the fridge?  Keep them simple, easy to remember and make sure there’s a reward at the end.

Negative behaviour should be challenged when you catch it (e.g. biting, hitting other children). There’s no point waiting till after the event because the moment will be lost.

Lastly, having a more disciplined child won’t necessarily make you feel like a better mother. Sometimes we want to instil discipline because we want to feel more in control.

If your daughter is just being a normal naughty 5-year-old, perhaps you just need someone to tell you that you’re a great parent and to cut yourself some slack.

They do get better…. eventually…

Q: Is it OK to say bad words during an argument with your loving partner?

A: We’ve all done it. We’re human and nobody knows how to push our buttons like our partners do. It’s less about the words we accidentally say and more about how we deal with the aftermath.

If what you said was out of order or unnecessarily cruel then I think you need to examine the deeper issues in your relationship.

There’s a difference between effing and jeffing at someone in anger and deliberately wanting to hurt them with our words.

Is this a regular thing? Are you depressed? Do you have some other problem that is making you short and bad-tempered with your partner?

Whilst it’s understandable to lose your temper once in a while, doing this on a regular basis is not and I sense from your question that you know are in danger of overstepping the line.

There is only so much even a loving partner will take.

Q: Is it normal and okay to be called names if you don’t leave your partner alone during an argument when he asks you to?

A: If he asked you to leave him alone and he was angry, it’s hardly surprising that he called you names. Not excusable but understandable.

That said, I wonder what you were arguing about? Were you accusing him of something – in which case a great way of not answering the accusation is to resort to name calling and demand to be left alone?

It’s the exact way children behave when their parents tell them off. Were you lecturing him like a child?

Is this the first time he has called you names during an argument? I’m not surprised that you were hurt and shocked if so.

If you are seeking constant reassurance about his fidelity, or constantly checking up on him and that is what caused the fight then there are wider issues to be talked about here.

Either way, there is talking to be done – but as adults.

And you need to tell him that calling you names is not acceptable. But be prepared for him to list some of your less attractive behaviours too.

If his behaviour towards you goes beyond name calling and veers towards verbal or even physical abuse, then please seek some counselling and help. You really shouldn’t put up with that.

Q: My boyfriend told me he cheated on his last girlfriend and didn’t tell her. They broke up, but his ex still loves him. Should I warn her about him?

We started our relationship three weeks after my boyfriend dumped his girlfriend of three years.  This year, she will study in our faculty and we will all see each other.  His ex-girlfriend doesn’t know all the details and still loves him.  They met at his parents’ house and she told him she wants him back.

A: Was your boyfriend seeing you behind the ex’s back? Are you the person he cheated with or was there another girl? Either way, it is not for you to ‘warn’ this girl – because what you really want to do is to tell her to back off.

The trouble is, your boyfriend has quite a lot of history with this girl and she probably feels that he is still hers, particularly if your boyfriend didn’t explain the reasons for the breakup. If anyone should be telling her it’s definitely over it’s your boyfriend.

How did he meet her at his parents? Don’t you think that’s a little odd?

You say she loves someone who doesn’t exist anymore but she has, to be blunt, known him for longer than you have. Why did your boyfriend feel he had to tell you she wanted him back?

You cannot control HIS behaviour by trying to get her out of the picture but the fact that he has been upfront about her declaration suggests he is being honest with you. If he wasn’t that interested in her he would probably have kept that quiet.

Or is he secretly enjoying having two women fight over him?

I think you do need to ask your boyfriend what is going on, why he is still meeting his ex and whether he is committed to a relationship with you. But I wouldn’t sink to threatening this woman. If anything she deserves your sympathy.