Every year we love spending time deciding what we’re going to dress up as on Halloween and this year we found our inspiration at Matalan.

Caitlin transformed herself into a Gothic Bride and Ieuan, being a sweet natured boy, decided he was going to be the Grim Reaper. 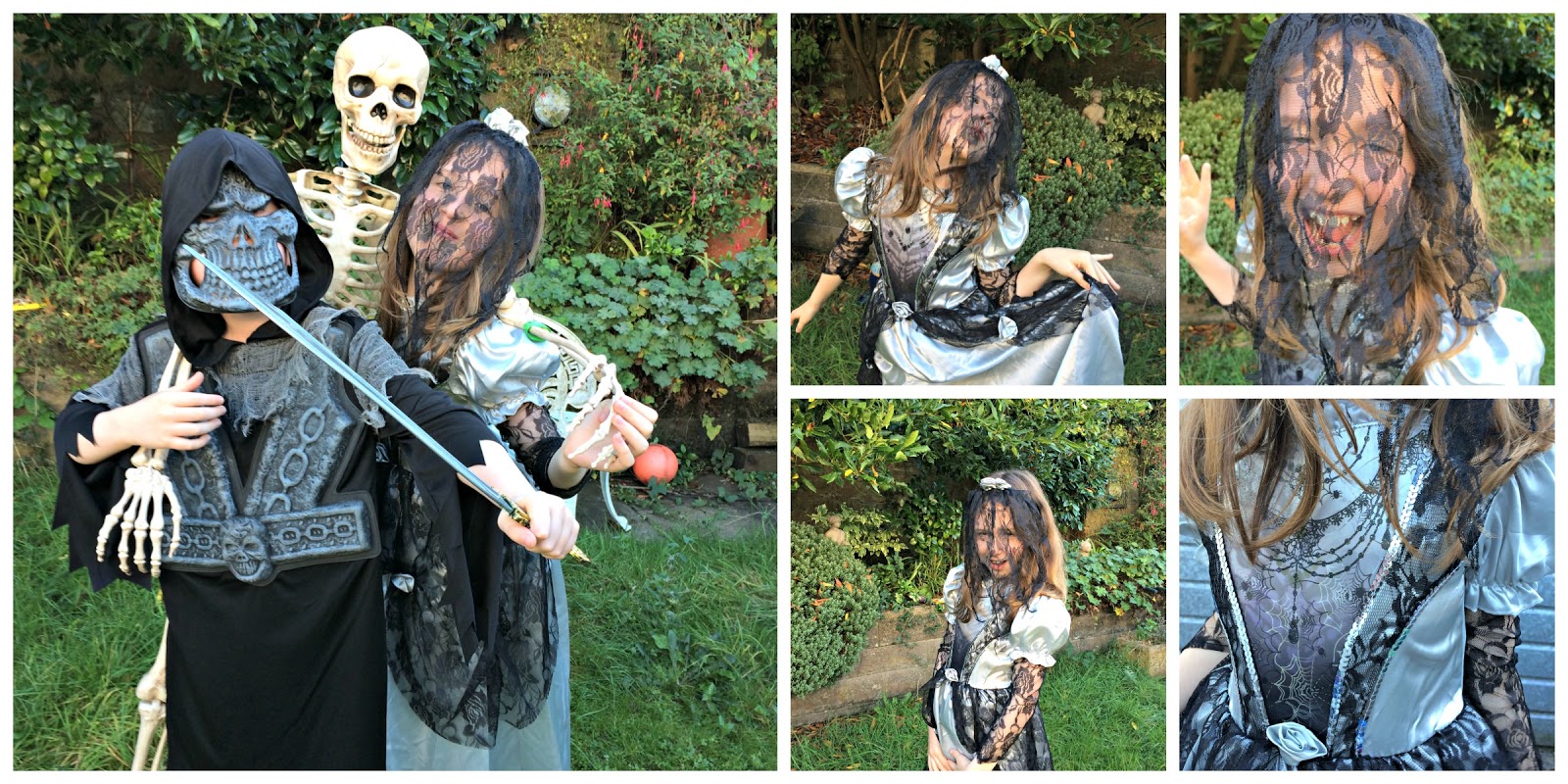 Obviously Mr Bones didn’t want to be left out.

Their costumes were very good value at £12 a piece and as you can see from our photographs, the detailing is quite impressive. 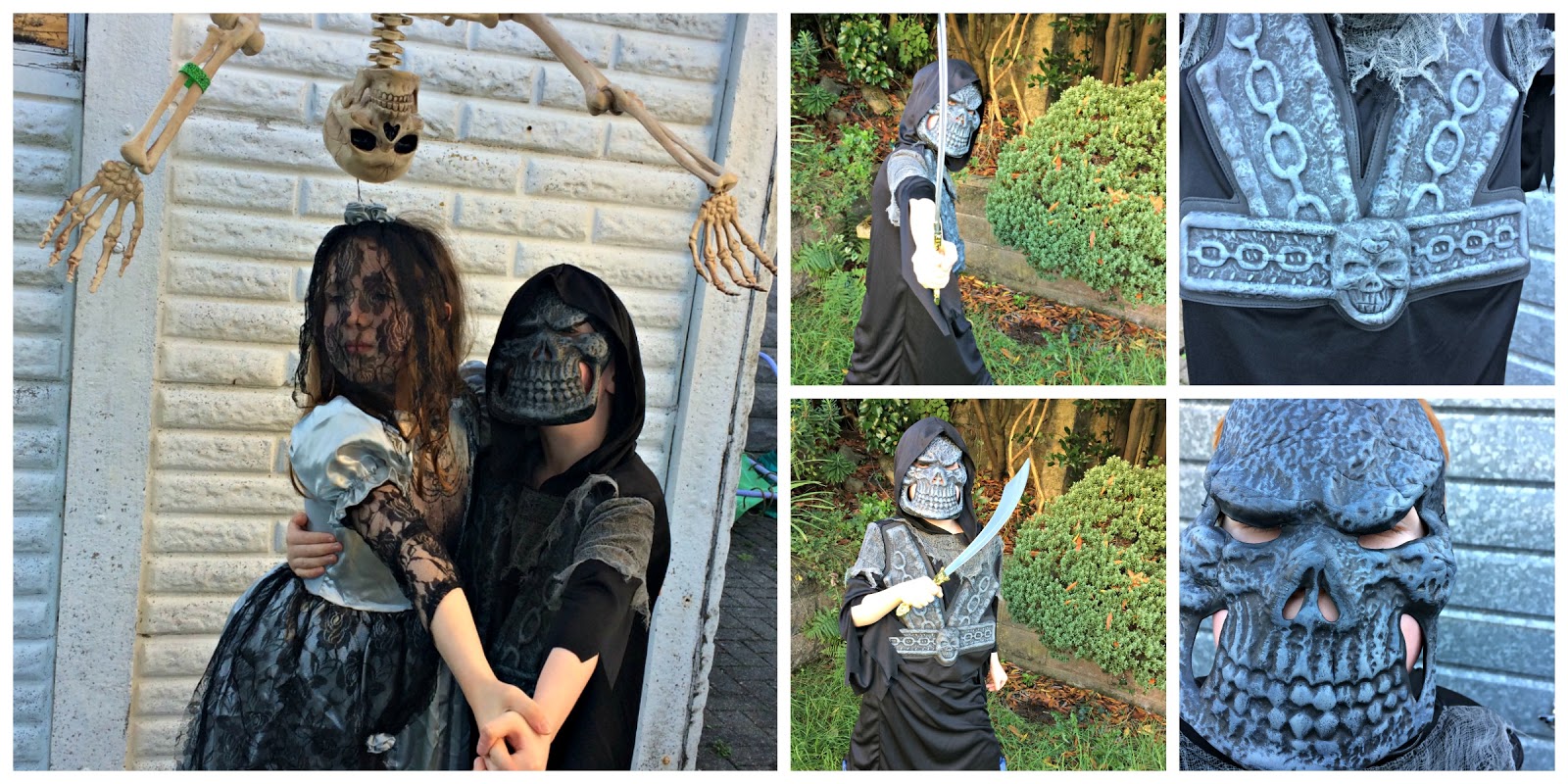 We got both costumes in a size 9-10 as my kids are both quite tall. Caitlin will be 9 in November and Ieuan is 7.

Both costumes fitted well with enough room under the arms to dance and threaten people with plastic weaponry without risking a split seam.

Matalan’s kids’ Halloween costumes are made for ages 4-13 (the age ranges vary depending on the costume) and they have ensured that all of their Halloween products have passed additional Flammability Testing BS5722.

If the Gothic Bride and the Grim Reaper don’t inspire you, how about Vampirella or a Pirate Skeleton? You’ll find face paints and wigs too just in case the grownups want to join in (who doesn’t!).

There are even pumpkin carving templates, should you be stuck for inspiration – although we usually delegate this to the Husband.  It’s good to get everyone involved, isn’t it?!

*PR samples were received for the purpose of this review.

5 Tips for setting up an online…

Planning Tips For Your Next Family Camping…