We’ve reviewed quite a few games now and whilst most of them are entertaining and pass the odd hour as a family, we’ve not found one that challenges the brain cells of kids and adults alike. 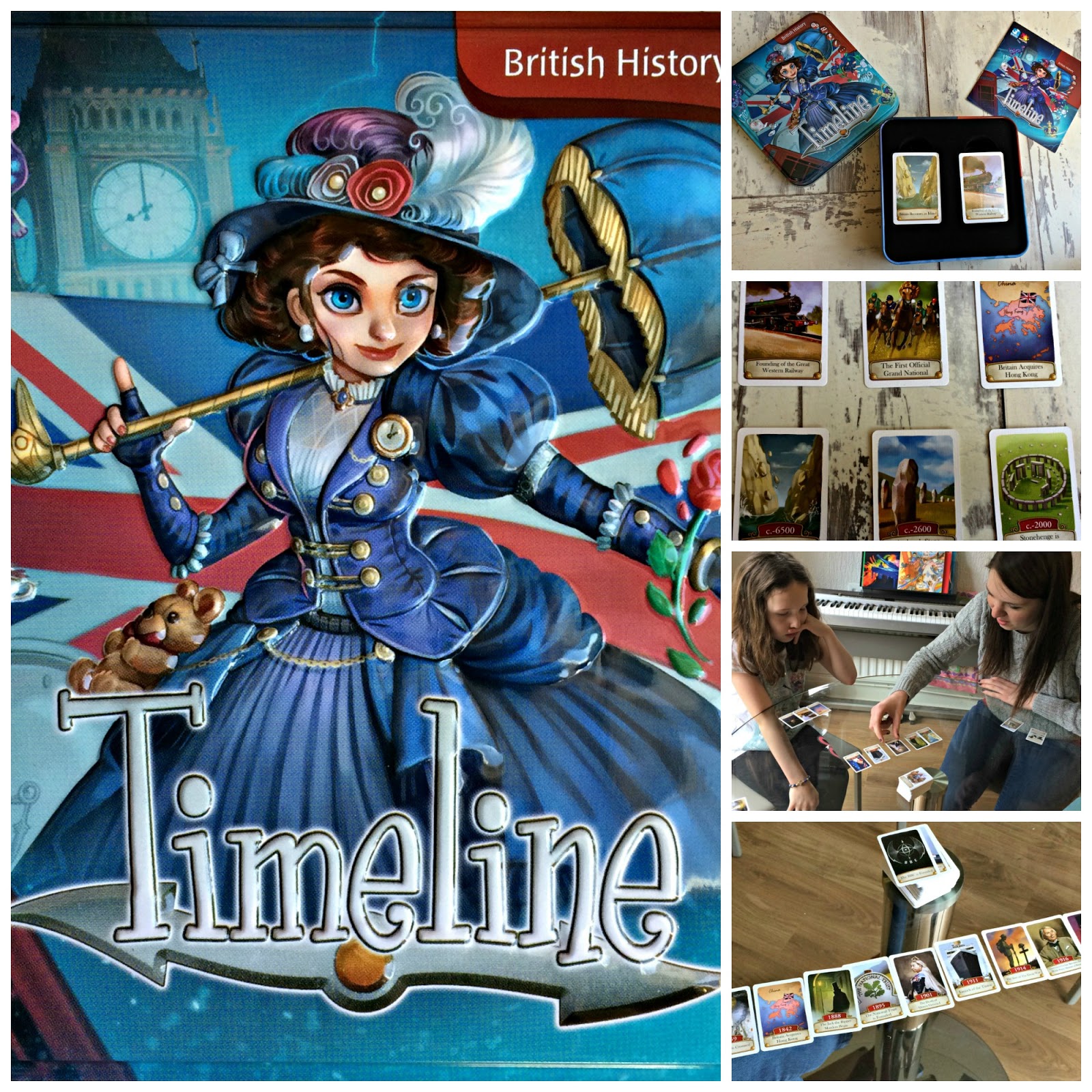 Timeline: British History is different.  It’s a card game where you have to assess whether one historical event occurred before another and put the cards in the correct chronological order.

The game comes in a brightly coloured tin which is really attractive.  I particularly liked that the packaging is marked with symbols showing how many players, the suggested age range of players and the length of time it takes to play (in this case 15 minutes which is ideal for an 8 year old).

The box contains printed instructions and two piles of cards which are shuffled together to make one pack.

Each player is dealt four cards and therefore has four chances to place the events on their cards in the correct order.

Get it right and you have one less card to get  rid of – and you’re closer to winning. A wrong decision means you return your card to the pile and take a brand new one. 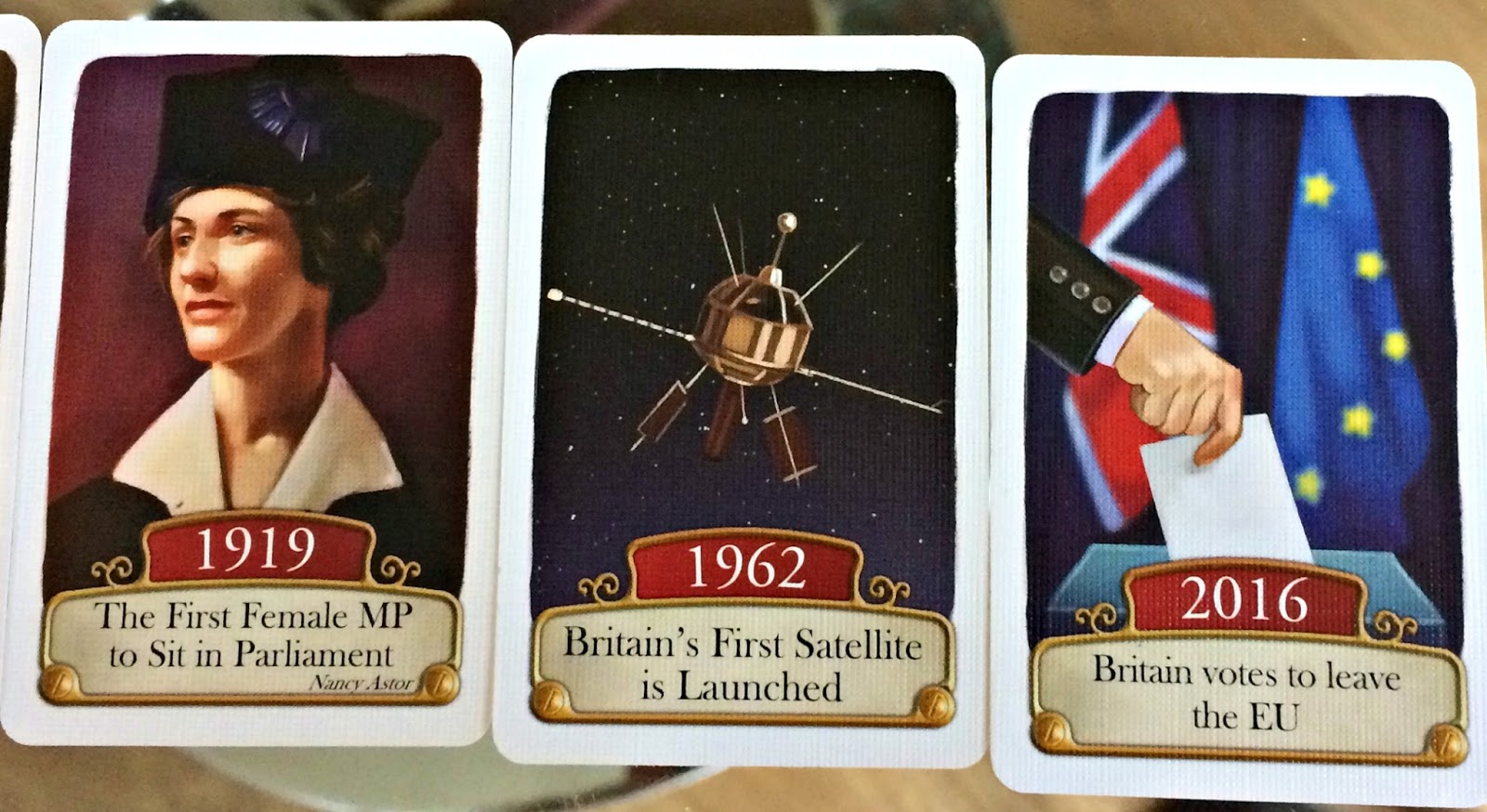 The game commences with each player laying their four cards face up without looking at the date on the back.  The first event is taken off the central pile of remaining cards and each player takes turns to put their card either before or after the events on the table.  Cards are then slotted into place as the timeline builds.

The winner is the player who correctly places all four of their cards first.

It’s suitable for 8+ children and I guarantee that it will challenge parents and grandparents too.  This gives the game a much more level playing field and the children are less likely to have a major strop because they consider the adults have an unfair advantage. 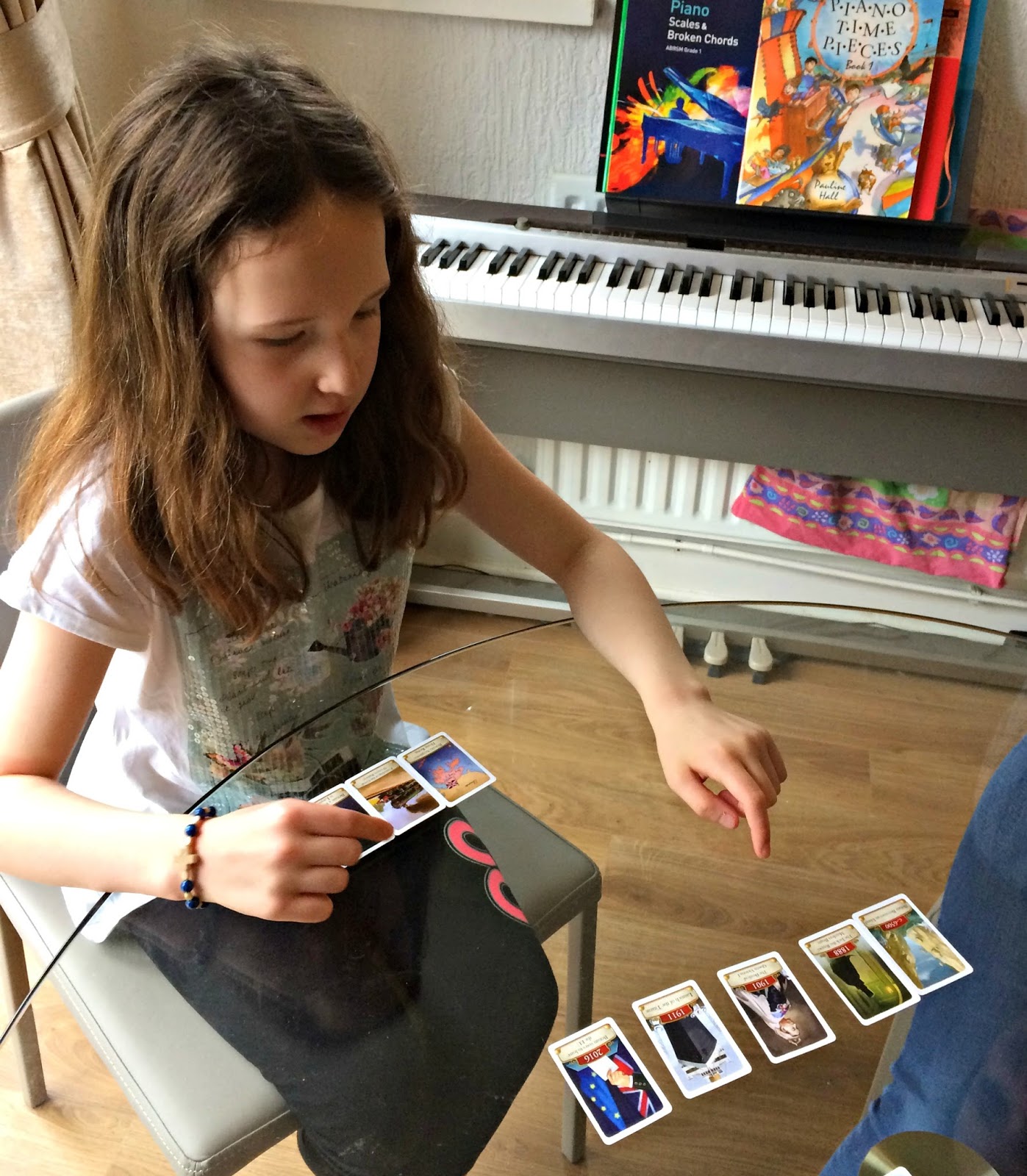 You can see that these are very challenging for a child as young as 8 but still really interesting and all the more entertaining to find out your mother is pretty useless at guessing!

Timeline:British History retails at around £13.99 which, for a game of this quality, is very good value.  My only criticism would be that the playing cards are quite small but on the plus side, the game in its sturdy tin would be great to take on holiday.

I also think it’s the kind of game which will get more interesting the more you play it as you will begin to remember some of the dates of the events and get better at placing – and getting rid of – your four cards quickly.

I played Timeline:British History with Caitlin (8) and her cousin Emily (21) and Caitlin was surprisingly good at it!  It’s a great opportunity to talk about historical events and to explain who some of the famous people are.  In other words, you could easily use this game as a teaching tool.

We really enjoyed this one and if you’re looking for a game which is slightly more challenging but fun at the same time, I’d recommend Timeline: British History.