All parents know that it’s often tricky to come up with something that will hold a child’s imagination for more than two seconds and I’m always on the look-out for toys and games that will be played with for at least a few weeks! 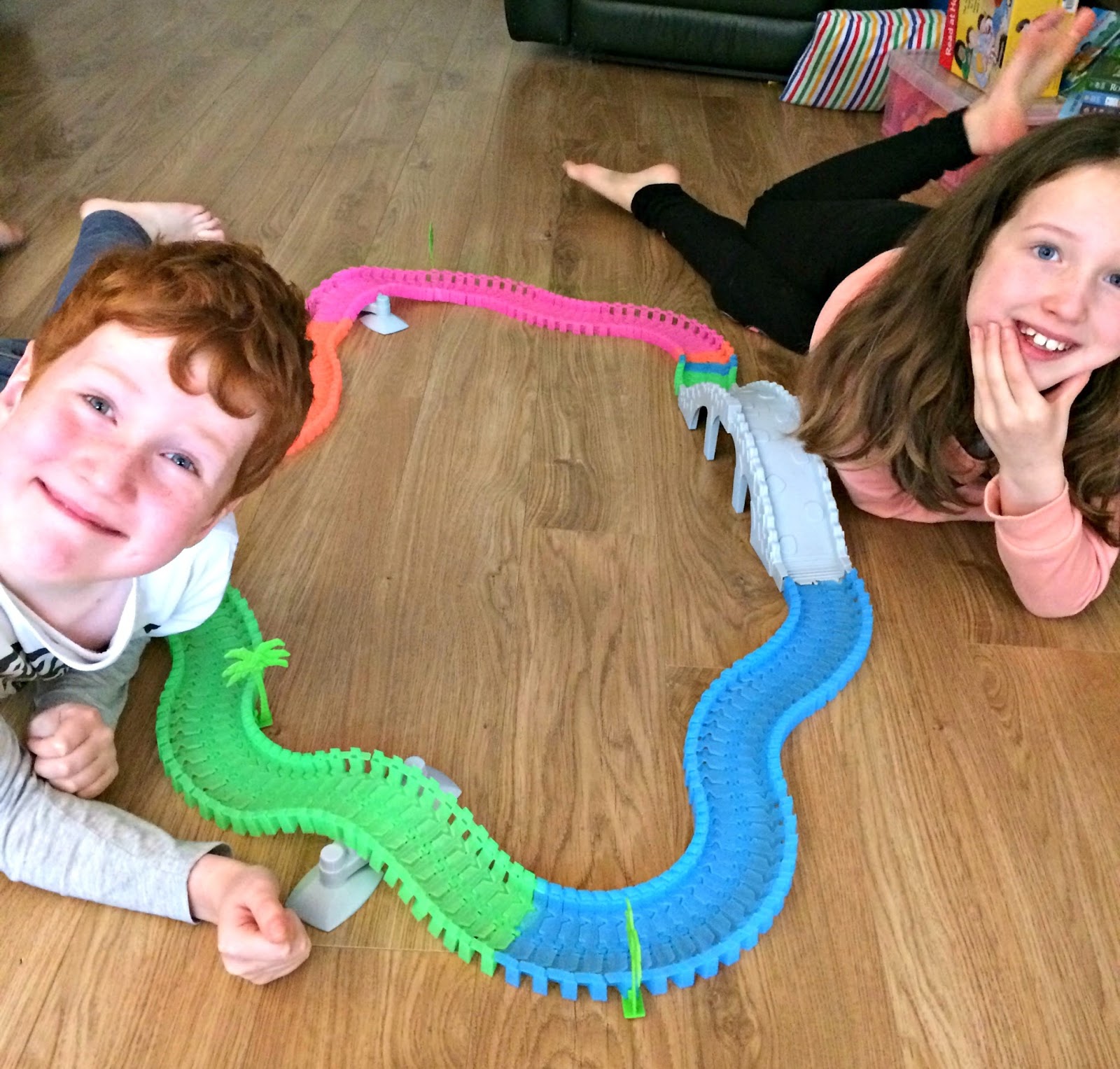 We recently tried a great little car set – the Turbo Trax Pro and the Turbo Trax Bridge and Track set to add some extra excitement to the route.  The tracks also glow in the dark for a rather spooky effect.

In the main kit, you get

The track just clips together and you can create ramps with the beams supplied. Everything just slots into place.  You will need to supply batteries for the car (2 AA batteries) but it whizzes round and is very brightly lit.  It is simply operated by a push button on the top that even the littlest fingers can use.

The way you assemble your track is up to you and there are a number of suggested variations on the box.

The Turbo Track Bridge and Track contains a clip together bridge and some extra sections of track.

Caitin and Ieuan have had a lot of fun with this, although arguably it is designed for slightly younger children. The recommended age for the product is 6 years. What hooked their interest was the ability to change the design of the track – if your kids like Lego this is likely to be popular with them too. 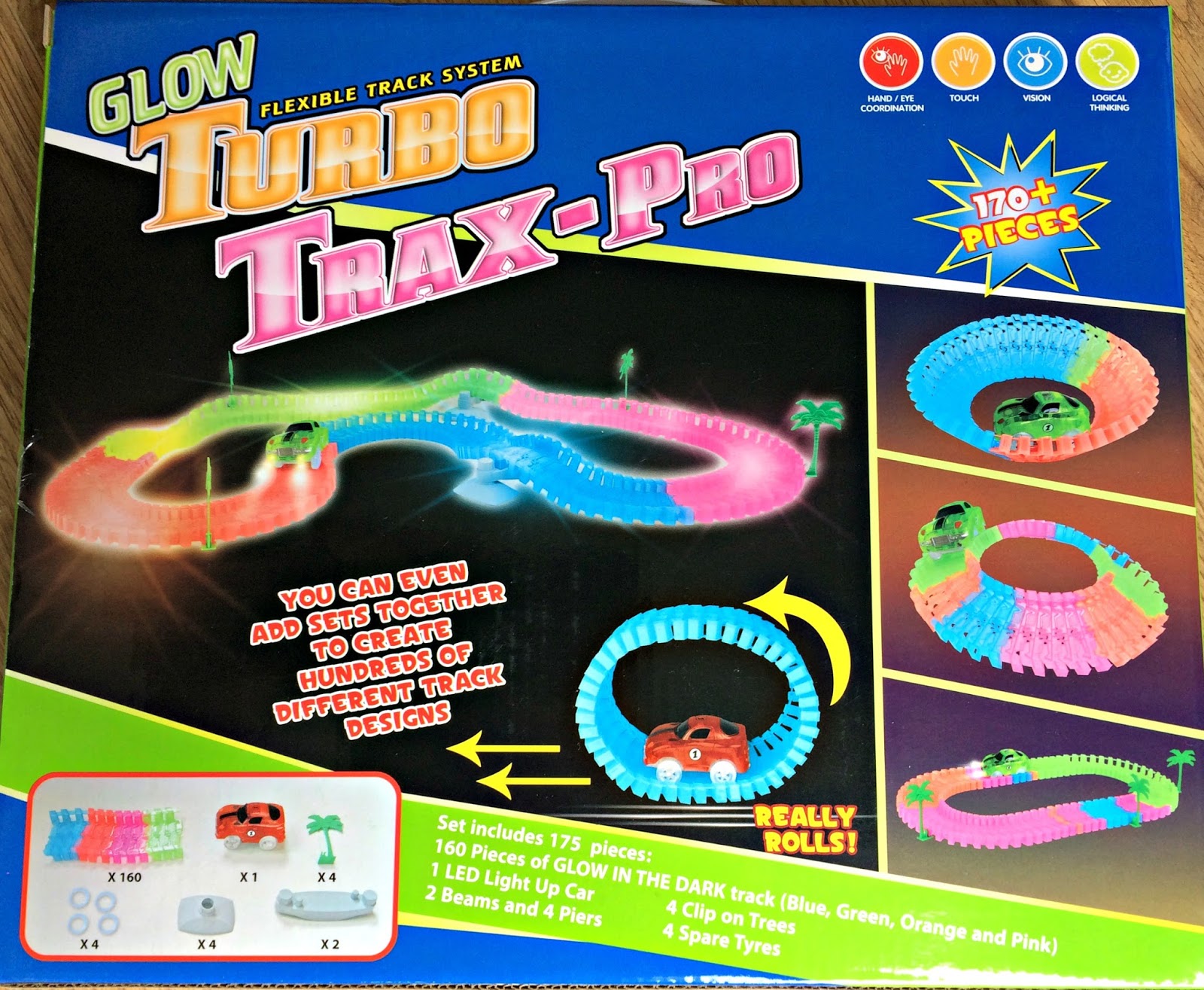 And we can confirm that the track does indeed glow in the dark when you switch the lights off and it looks quite impressive when the little car is whizzing around.

I liked that the set comes with a bag for you to quickly disassemble the track and put it all neatly away – literally in minutes. 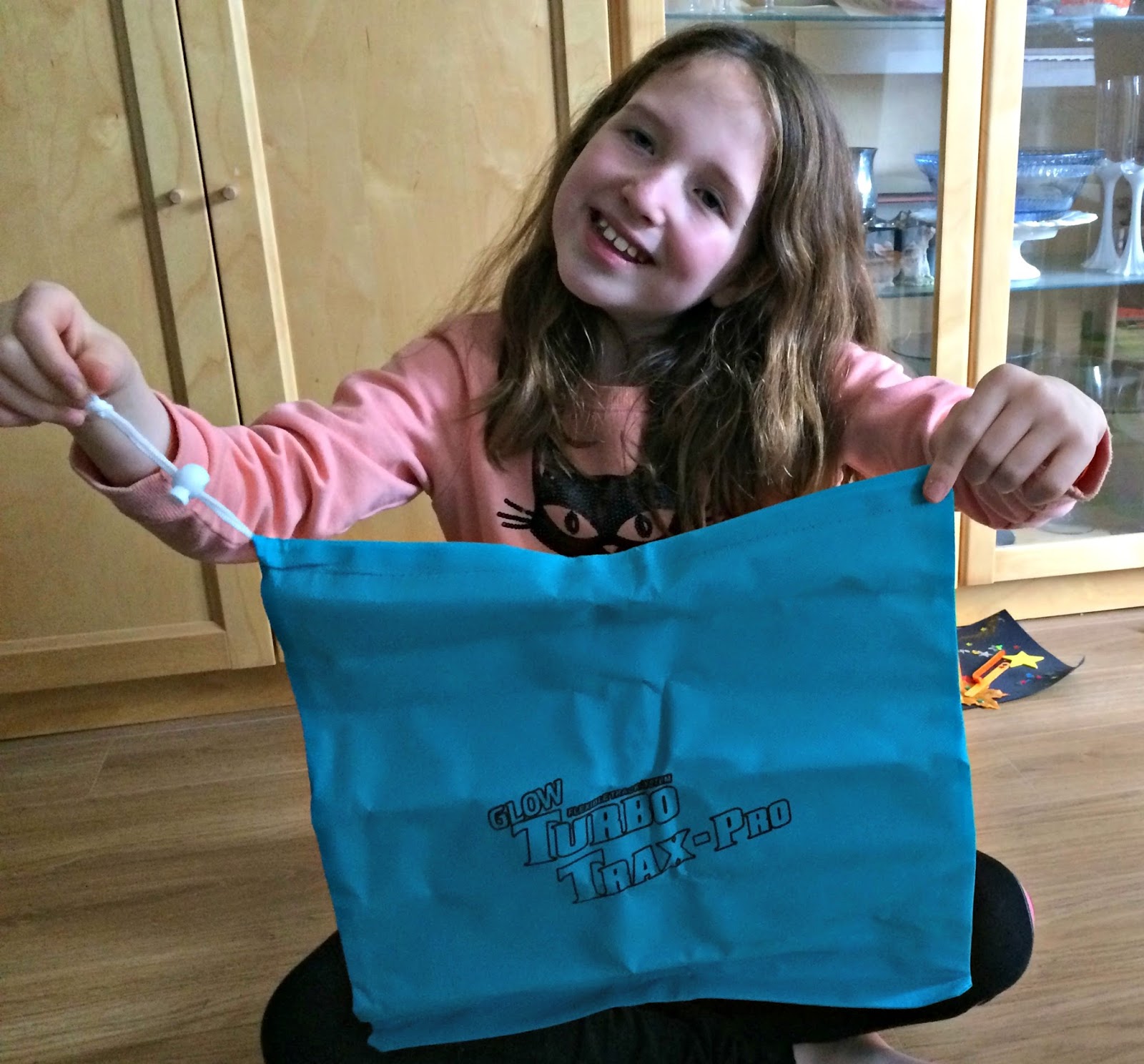 This was a great toy which was surprisingly versatile and kept my two entertained for far longer than I expected.

And yes, it does really roll! You can find out more at Idealworld.TV. 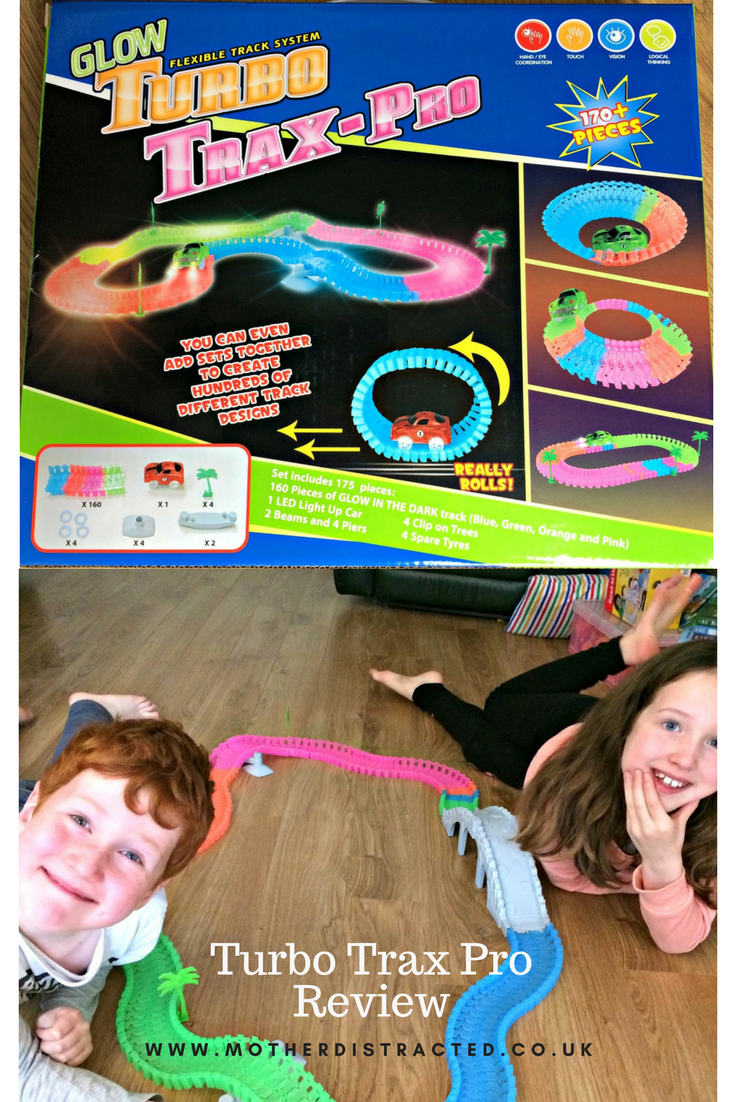