There’s nothing like a board game to get the family together on a dreary Sunday afternoon and this one has the added hilarity of snoring sound effects and a sleepy dad who springs to life for the unlucky player.

Drumond Park’s “Sshh! Don’t Wake Dad!” is an electronic game for 2-4 players (age 5+) which challenges the players to tiptoe by a snoring dad to snaffle the chocolate cake.  The game requires 2 x AA batteries which are not supplied. 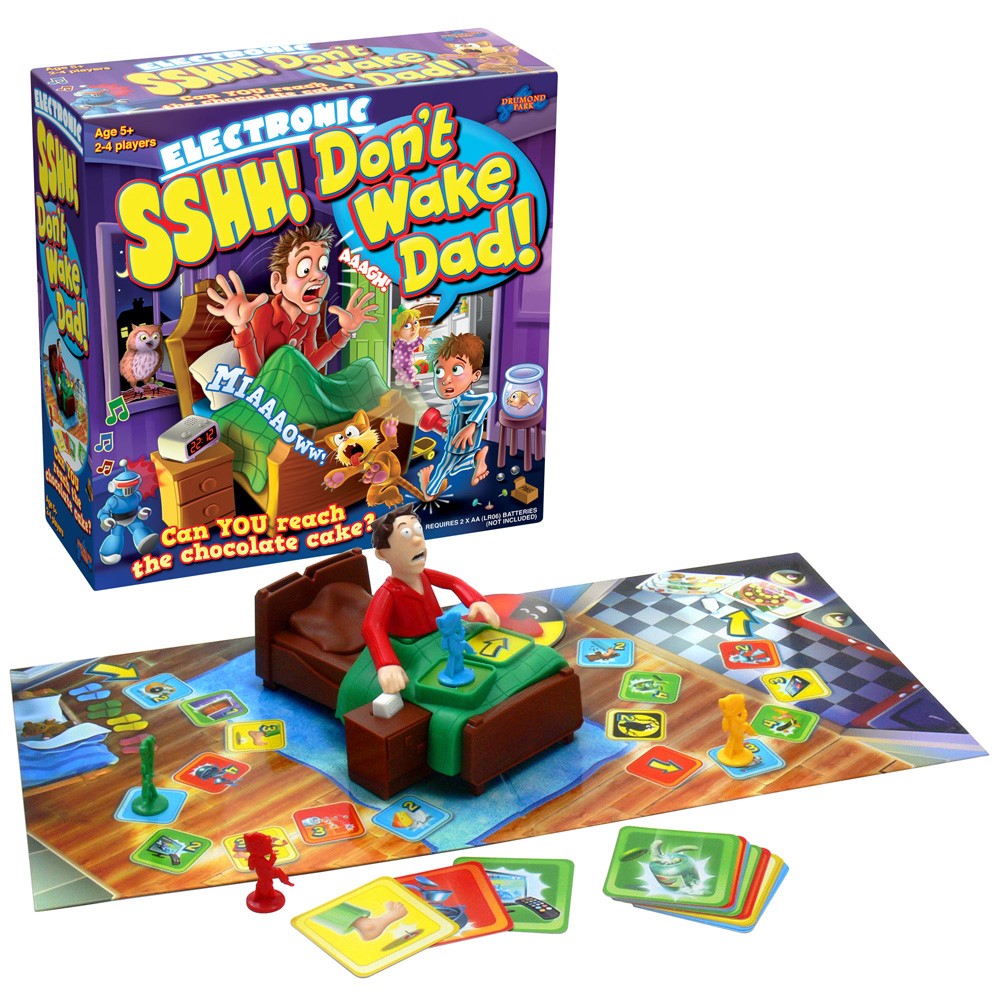 In this Don’t Wake Dad game, each player chooses a pair of slippers to creep by with and is given a selection of cards with household items on.

They move around the board by spinning the spinner and moving to the square of the colour it stops at.

You can also leap ahead of other players or take their cards.

If the player has the card shown on their landing spot they are safe. 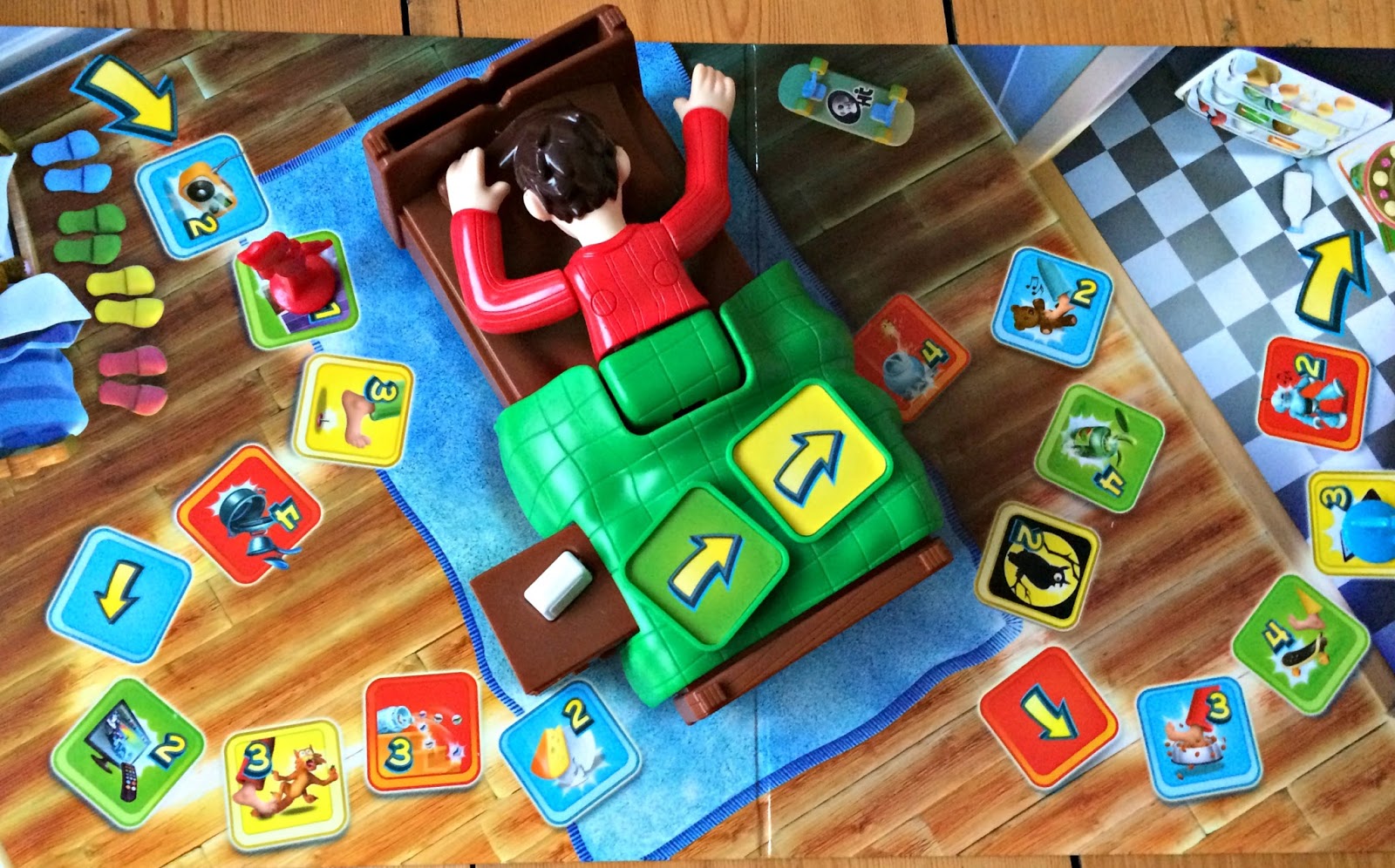 If they don’t have the card they have to hit the alarm button on dad’s bed the number of times it says on the square and risk waking him up.

If he wakes you have to start your journey again and if any of the players are on the squares on the bed, they get knocked off and have to start again too. 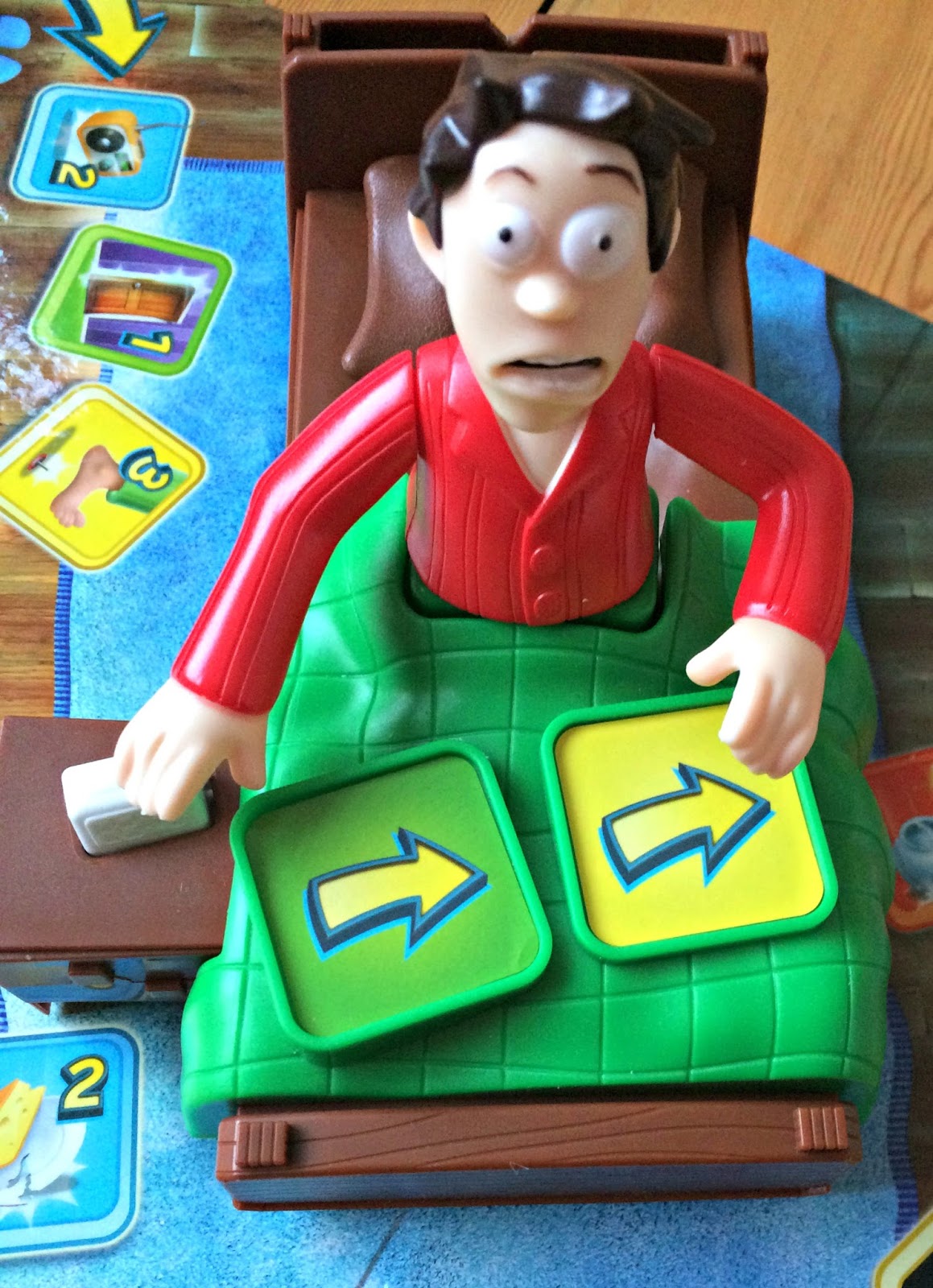 I played this one with Ieuan (7) who enjoyed it enormously.  It’s simple enough to understand easily and has enough of a risk element to add extra fun.

The game is also relatively short (around 10-15 minutes) which is quite long enough for youngsters. 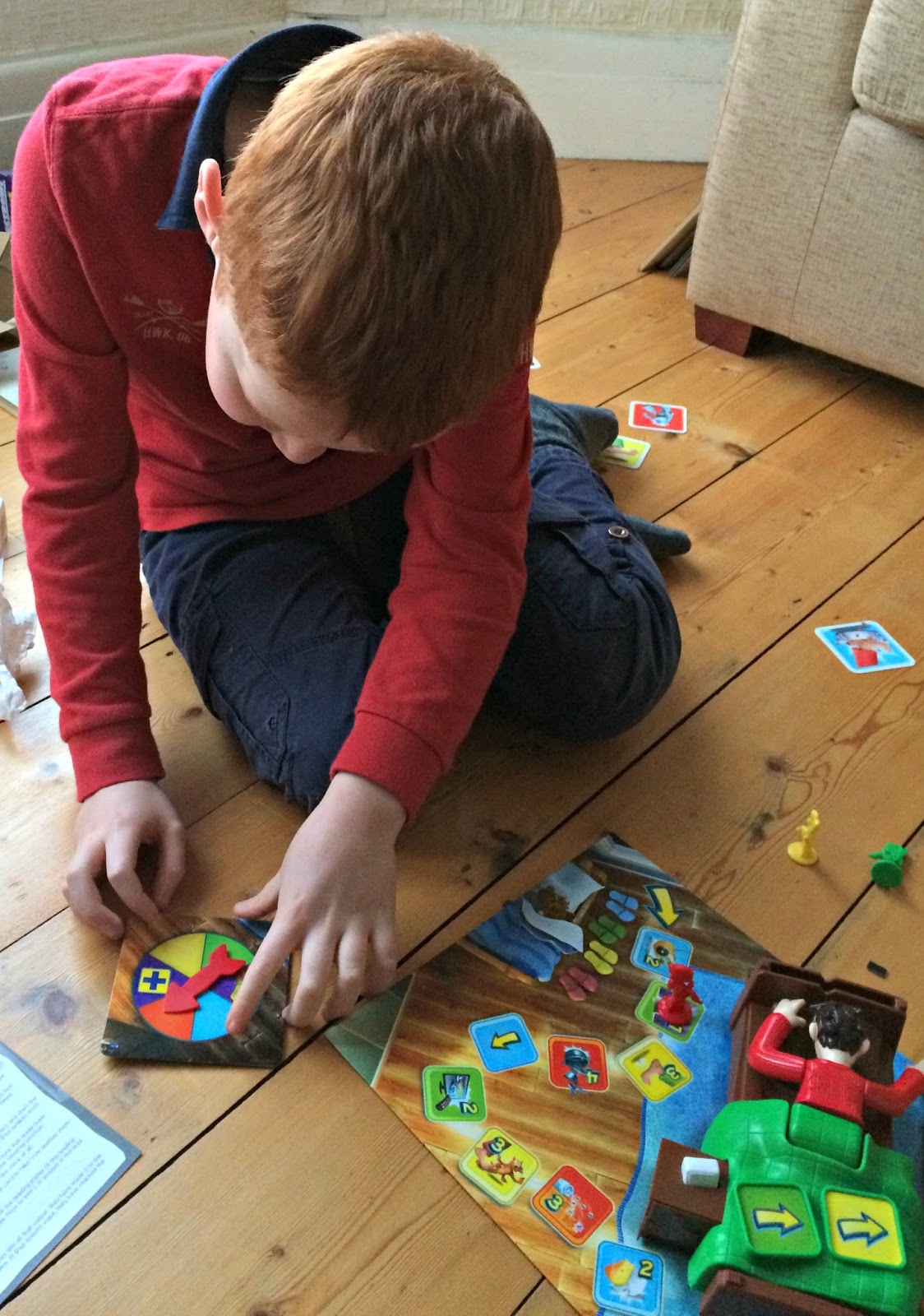 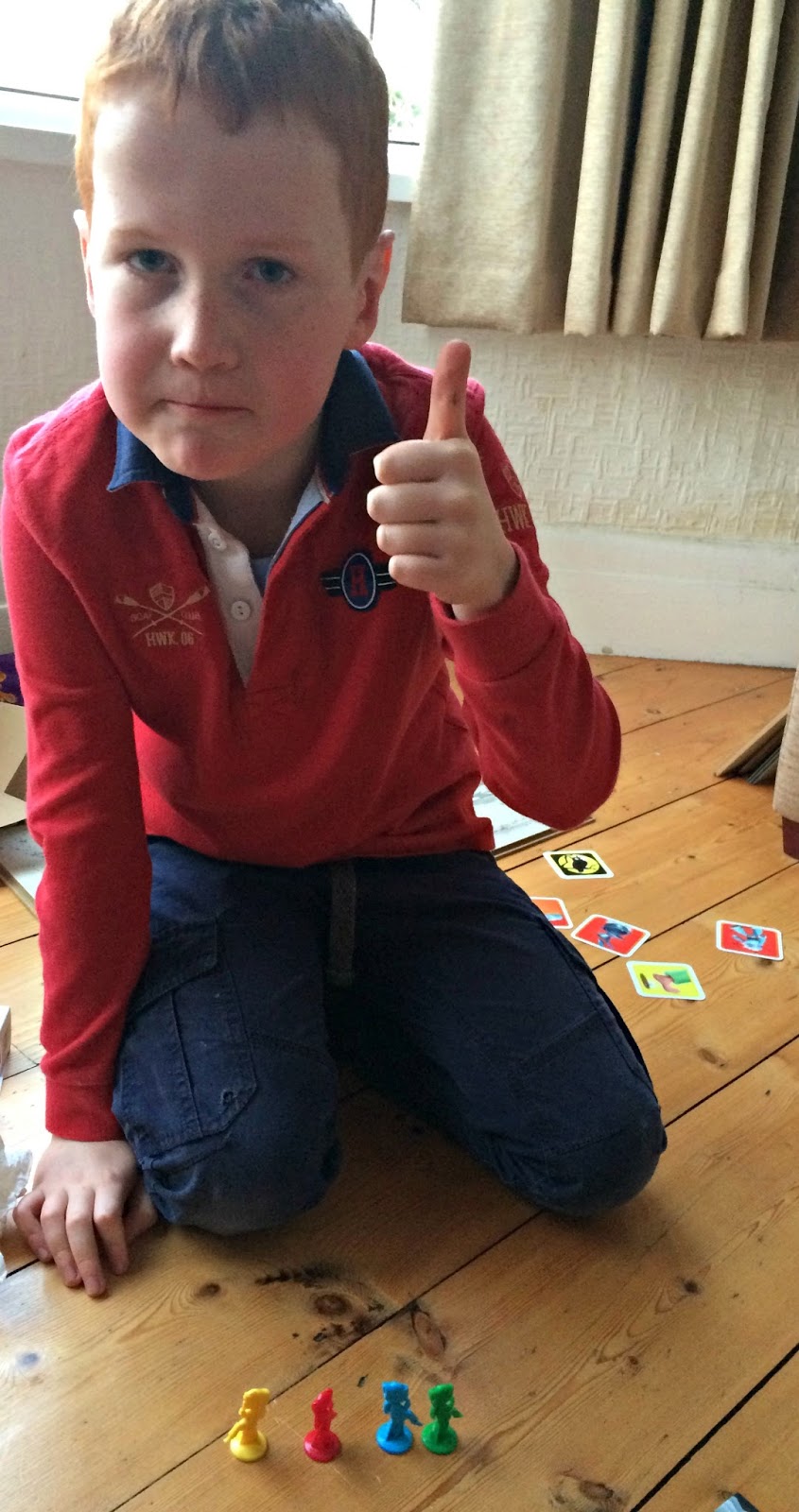 Family board games are a great way to spend some quality time altogether and we loved this one.