Now obviously being the lady I am (cough), and having what is possibly an unhealthy interest in all things ‘posh and polite’, I was delighted to receive these lovely guides by Caroline Taggart.

Born in London of Scottish parents, Caroline spent most of her childhood in New Zealand but, nevertheless, thinks of herself as a Londoner. 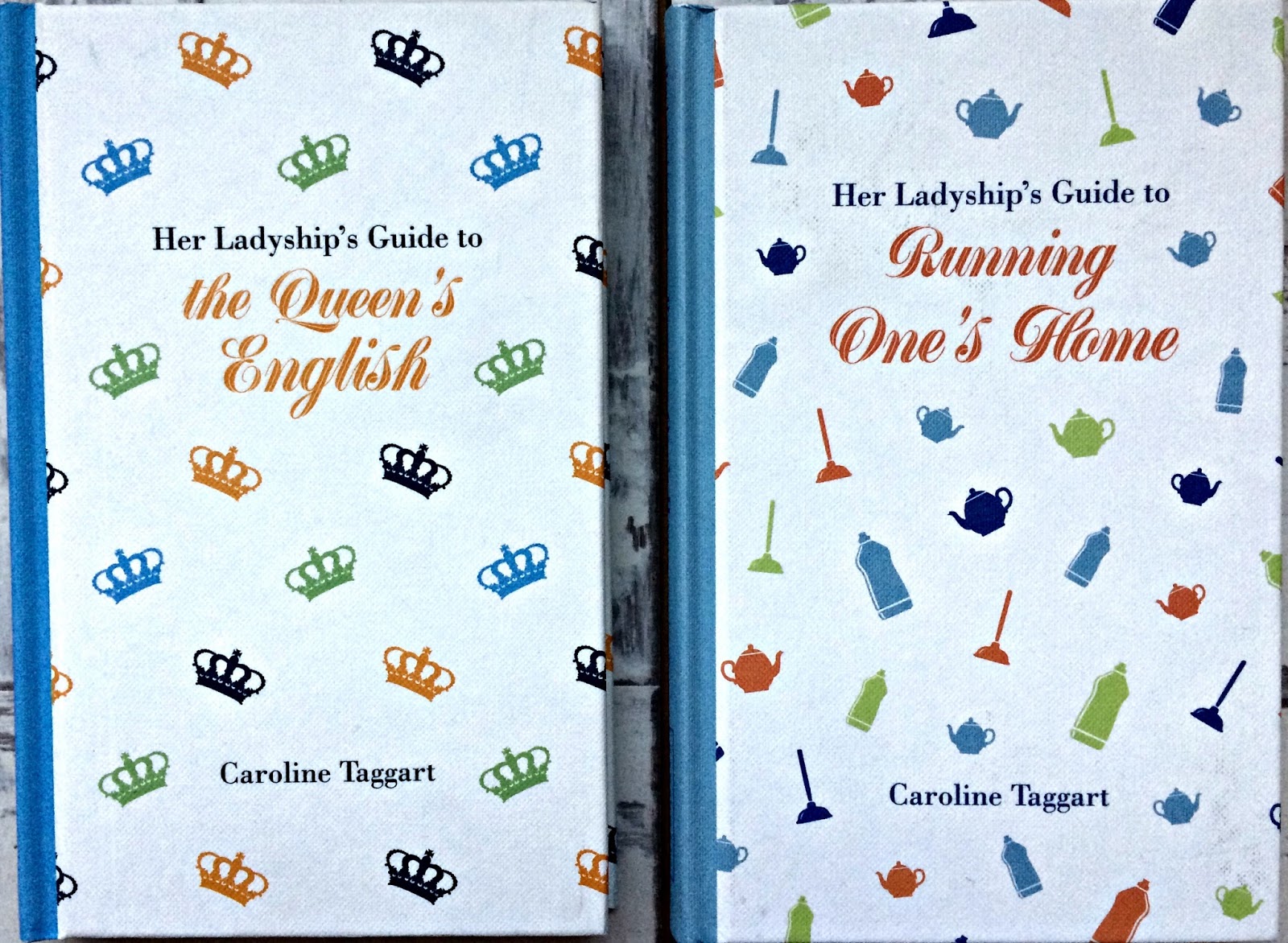 We actually share something in common apart from our love of etiquette because as an English woman living in Wales since 1969  I have the same dilemma when it comes to which rugby team to support, as does Caroline when it comes to choosing between England and New Zealand.

These four guides are entitled:-

Her Ladyship’s Guide to The Art of Conversation

Her Ladyship’s Guide to The British Season

All are written in Caroline’s inimitable style and peppered with funny anecdotes and helpful examples.

For example, from “The Art of Conversation”

Am I boring you?  If you have to ask the answer is probably “yes”.

“A friend of Her Ladyship remembers fondly a snippet she heard in her student days: two Oxford dons were crossing a college quadrangle and one was heard to say firmly to the other “And nineteenthly..”. Her Ladyship confesses to considerable admiration for anyone who can follow a train of thought so clearly that they can keep tabs on nineteen points of it.”

The Queen’s English is a helpful guide to spelling, grammar and pronunciation.  Her Ladyship also lists those cliches and words whose incorrect usage sets her teeth on edge such as:-

at the end of the day

slip through the net

Whilst being funny, this guide also has the effect of making you think before you open your mouth! 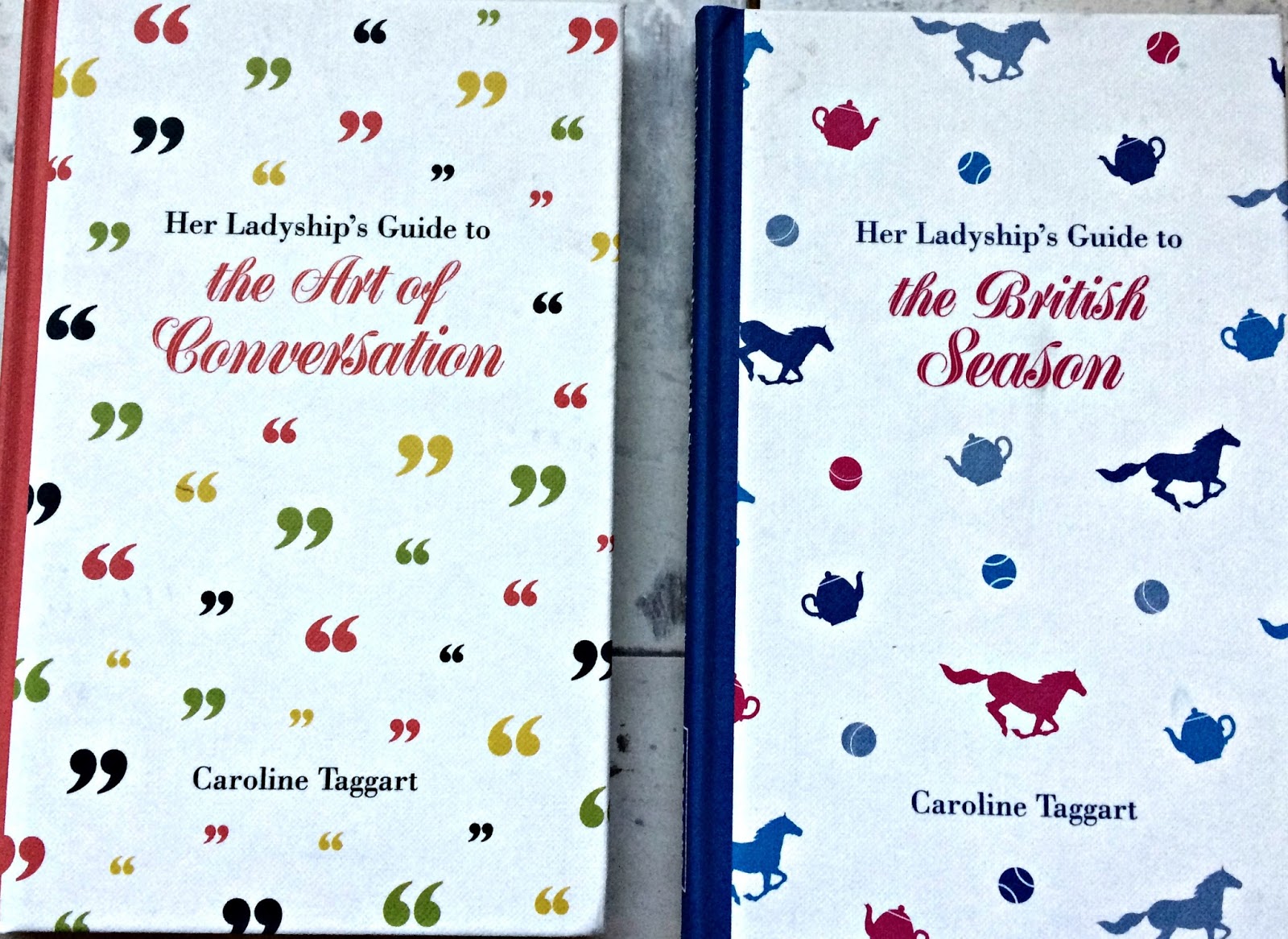 Running One’s Home is a title which amuses the Husband no end as he is convinced I am a stranger to a duster and think Mr Sheen was once a famous motorcyclist.

Obviously this is not true and I have many house spiders who will back me up on that but this guide is a useful collection of tips that even those of us who haven’t quite made it to a mansion can use.

There’s a housekeeping schedule, advice on spring-cleaning, coping with laundry (it never ends!) and being a good hostess.

Her Ladyship also advises that your cheese course should be served before pudding if you are adhering to “the French way” but you need to make sure you don’t overdo the Brie just in case an enormous Eton Mess should appear.  Quite a nice problem to have in my view.

Lastly, there’s “The British Season”.  Here in Wales we have two seasons – the Rugby Season and the Rainy Season, however, this guide lists the Great British events which get the aristocracy out to sluice down Prosecco whilst wearing tailored jackets.

For example The Chelsea Flower Show, Glyndebourne, Royal Ascot, Wimbledon, Cowes Week and so forth.

It also tells you how to behave giving you, for example, the rules for dressing should you be lucky enough to gain access to the Royal Enclosure at Ascot.

I can but dream.

Her Ladyship’s Guides are published by Batsford Books (an imprint of Pavilion Books) at £8.99 each. They are stout little hardback books with a nice, almost cloth covering and would make a great present for Mother’s Day too.

If you would like to win the set of the four books mentioned above, simply enter via the Rafflecopter widget in the usual way.  Terms and conditions apply.  UK entrants only and the giveaway ends at 11:59 pm on Tuesday 28 February.