From a long time ago in a galaxy far, far away comes LEGO Star Wars and with it comes the chance for your kids (and you!) to build all your favourite ships and characters as well as some pretty cool vehicles. Each box provides suggestions for starting the play activity and you can also download the free Force Builder App. 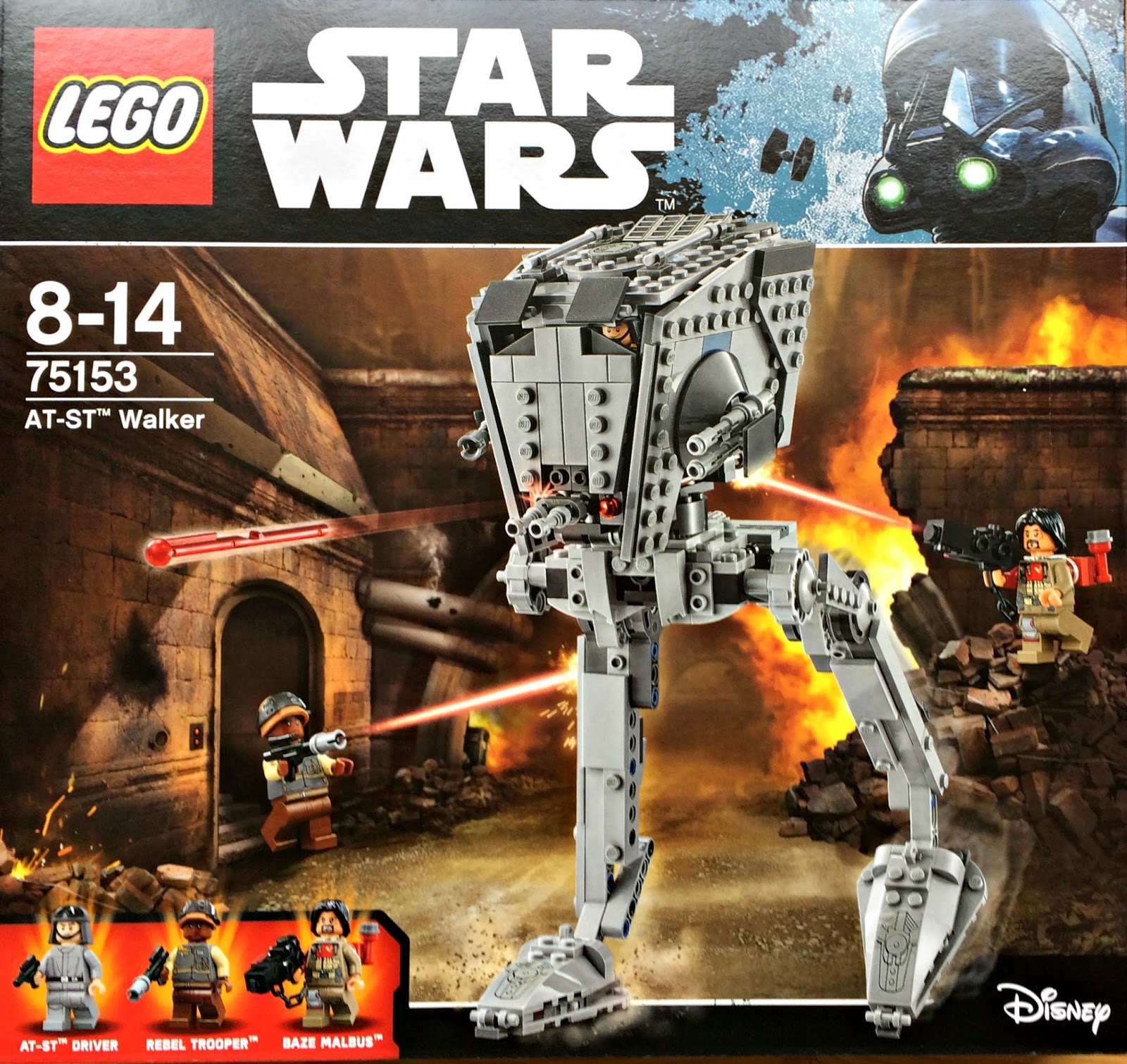 We were sent this particular set, Lego Star Wars R1 AT-ST Walker 75153, to review from www.kidstoysclub.co.uk who provide recommendations, detailed toy reviews, pictures of play gadgets your children will like and articles about anything toy related.

The Lego Star Wars R1 AT-ST Walker 75153 set comes from the Rogue One film and this is the scenario:-

“Go on the hunt for Baze and the Rebel Trooper aboard the All Terrain Scout Transport. Open the top hatch, load up the AT-ST Driver and move the legs to speed into action. When you’ve tracked them down, turn the wheel to rotate the top and prepare to fire the spring-loaded shooters! Can Baze and the trooper escape the advancing AT-ST? That’s for you to decide.”

The set comes in a medium-sized box with 449 pieces split into 3 bags to help you build the walker in stages. The instruction book is excellent and takes you through the construction piece by piece in with large graphics.  I would have welcomed some written instructions in some places though.

The Lego Star Wars R1 AT-ST Walker 75153 set is designed for the 8-14 age group.   I hadn’t tried my hand at Lego building for a while and found that rather than the traditional way of building by clipping bricks together, there’s quite a bit of slotting pegs in holes. 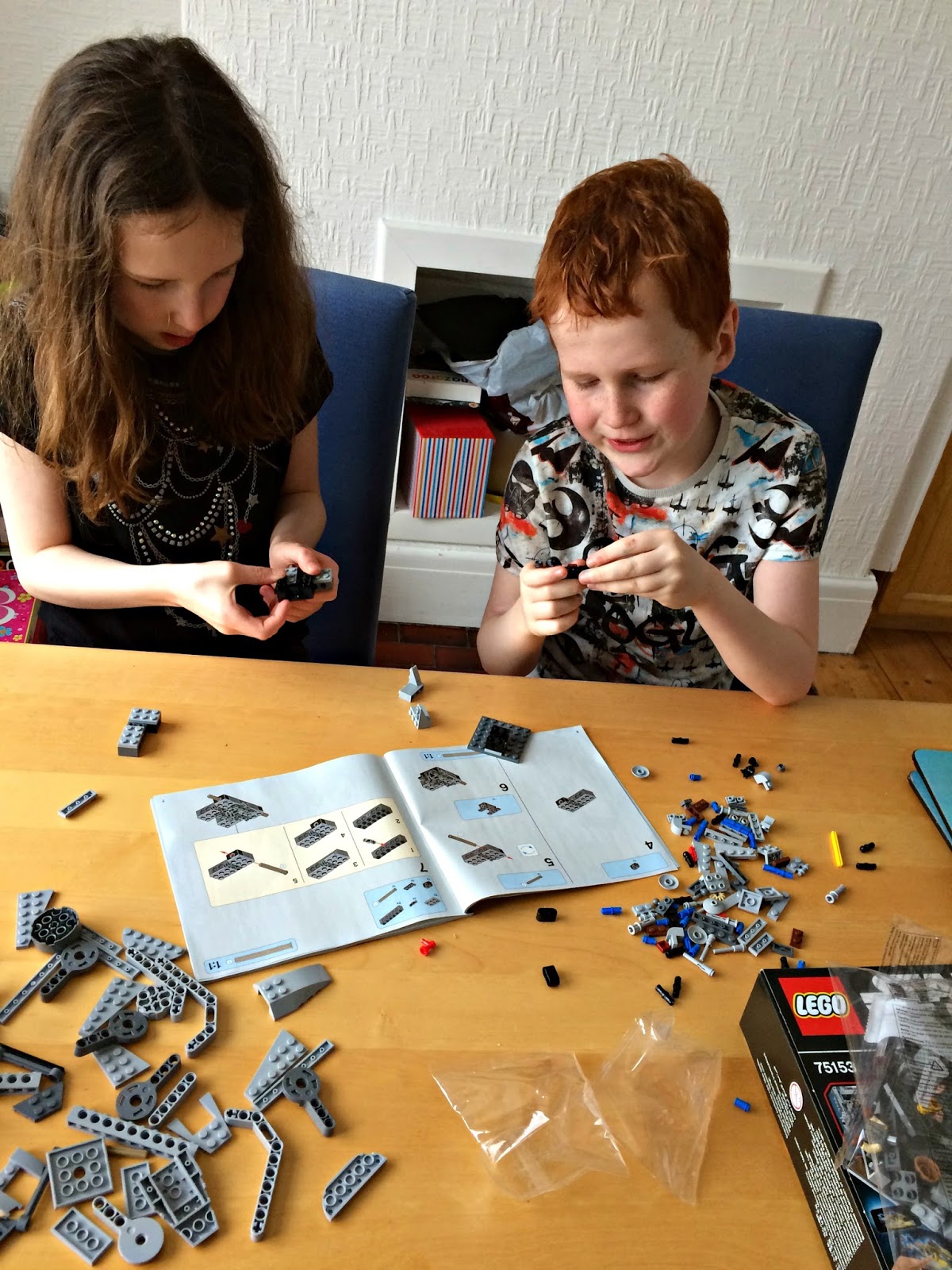 I found this slightly tricky and had to be rescued by the Husband (oh the shame) so kids at the lower end of this age range may need adult help to assemble the walker.

You build the legs and feet first and then assemble the walker in stages.  The body is more of a traditional type of build so that was a bit easier. 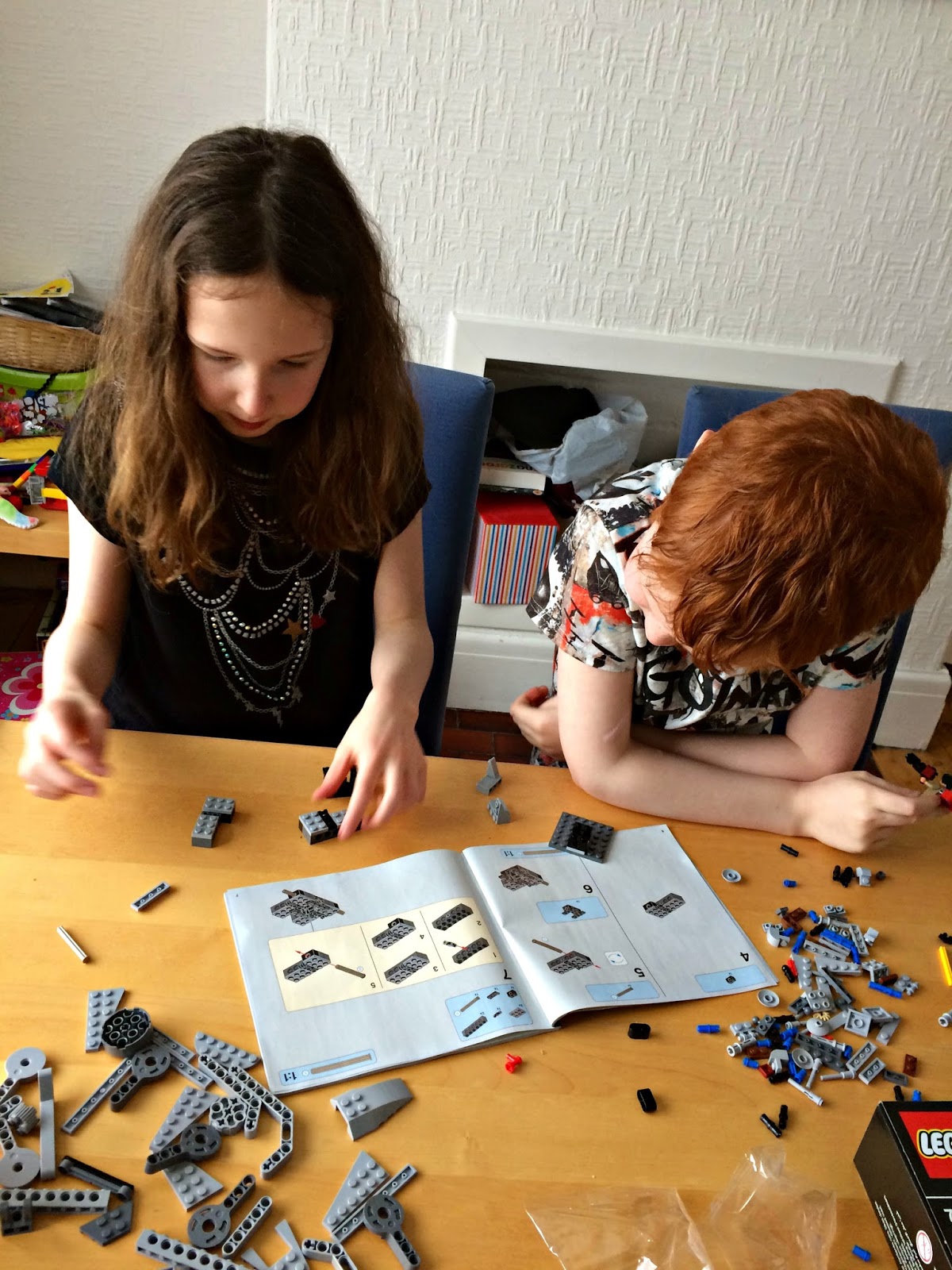 There are plenty of moving parts to play with. The front and side cannons are mobile and you can fire the lasers.  The upper body rotates if you turn a dial on the back and both the top hatch and the entire cockpit roof open. 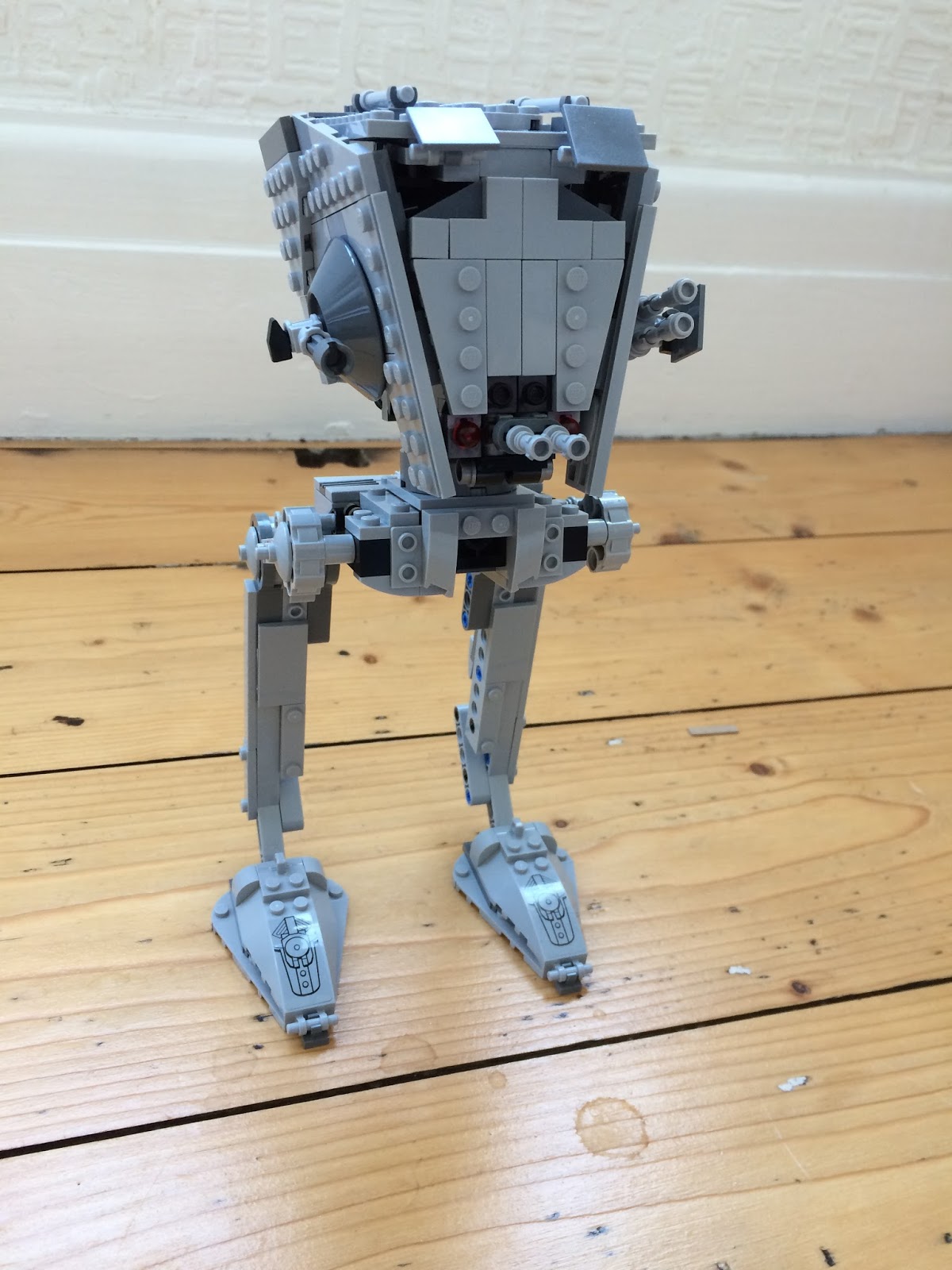 The only negative point is that the walker is slightly wobbly and I think it would easily come apart during any rough play. 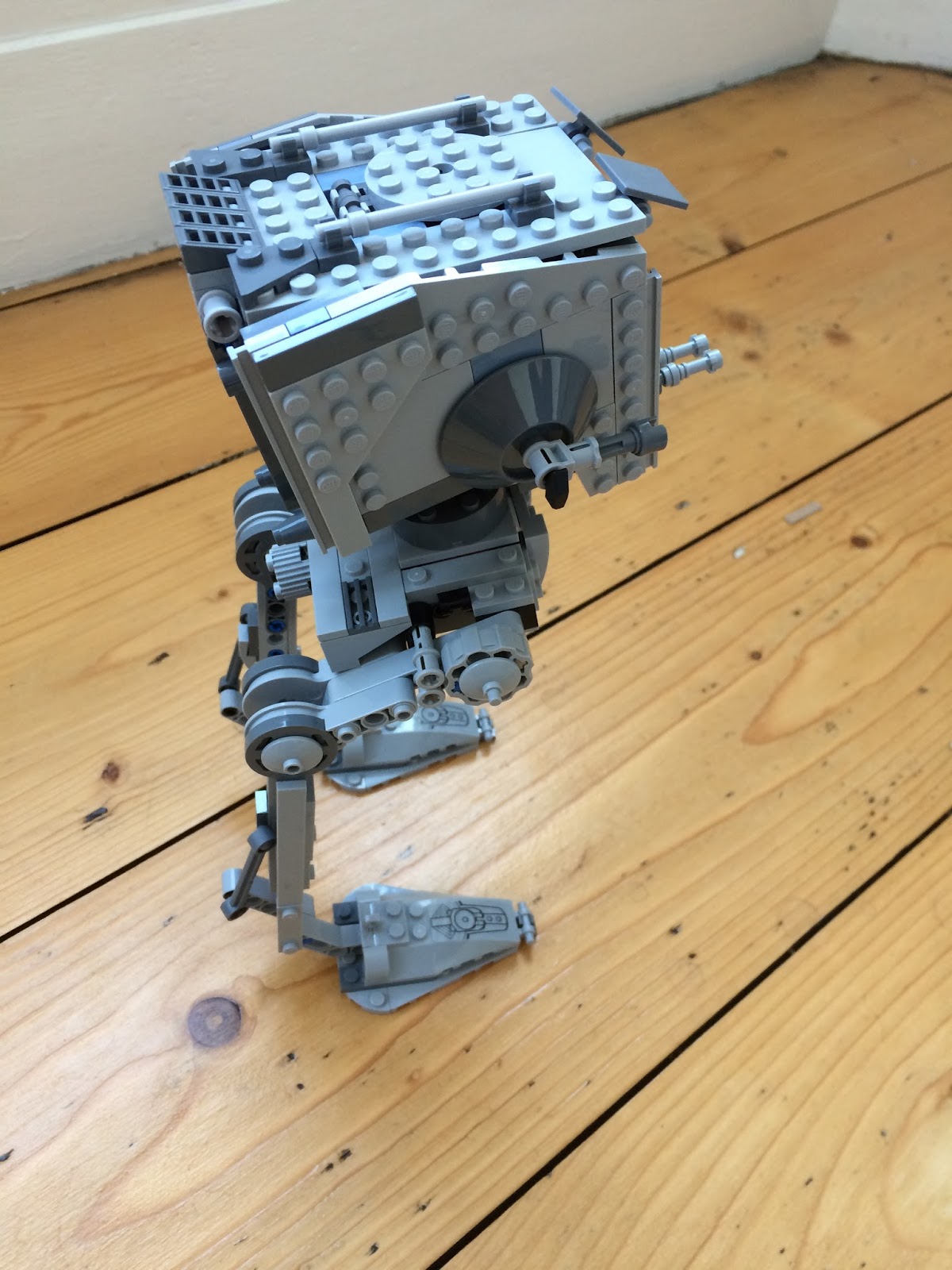 Once assembled the Walker is really impressive, if a little fragile.  We enjoyed building this set but I would say that it is suitable for kids toward the higher end of the 8-14 age range. 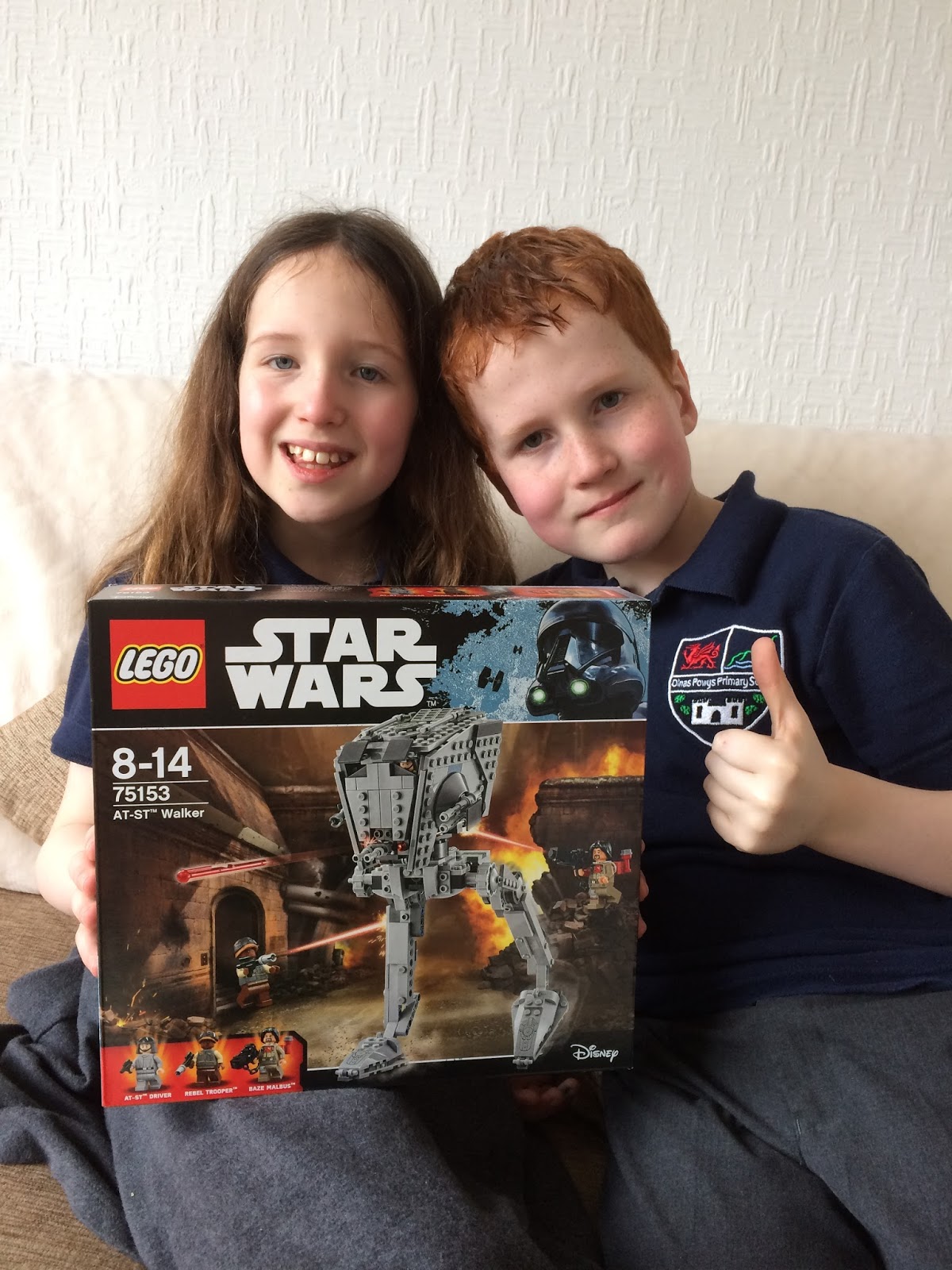