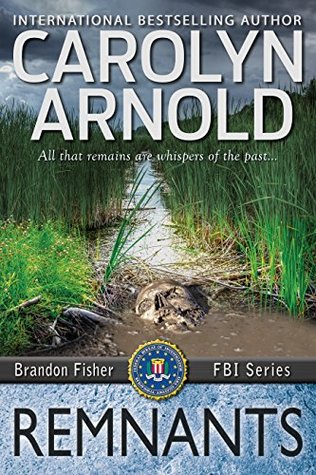 All that remains are whispers of the past…

When multiple body parts are recovered from the Little Ogeechee River in Savannah, Georgia, local law enforcement calls in FBI agent and profiler Brandon Fisher and his team to investigate. But with the remains pointing to three separate victims, this isn’t proving to be an open-and-shut case.

With no quick means of identifying the victims, building a profile of this serial killer is proving more challenging than usual. How is the killer picking these victims? Why are their limbs being severed and bodies mutilated? And what is it about them that is triggering this killer to murder?

The questions compound as the body count continues to rise, and when a torso painted blue and missing its heart is found, the case takes an even darker turn. But this is only the beginning, and these new leads draw the FBI into a creepy psychological nightmare. One thing is clear, though: the killing isn’t going to stop until they figure it all out. And they are running out of time…

About the Brandon Fisher FBI Series

Read in any order or follow the series from the beginning.

What to expect from the Brandon Fisher FBI series:

Profilers. Serial killers. The hunt is on. Do serial killers and the FBI fascinate you? Do you like getting inside the minds of killers, love being creeped out, sleeping with your eyes open, and feeling like you’re involved in murder investigations? Then join FBI agent and profiler Brandon Fisher and his team with the Behavioral Analysis Unit in their hunt for serial killers.

This is the perfect book series for fans of Criminal Minds, NCIS, Silence of the Lambs, Seven, Dexter, Luther, and True Crime.

This is the first Brandon Fisher story I’ve read and it had me gripped from the very beginning. As the story unfolds the killings get increasingly macabre and horrific and Carolyn Arnold has created a monster of a killer who could easily exist down the road from you.

Set in Savannah in the USA, the FBI team is racing against time to catch a serial killer whose modus operandi seems to hark back to rituals from centuries ago.  A number of young men are vanishing and bits of them are turning up in the most gruesome manner.

The characters are well developed and the relationships between the FBI team develop nicely as they scour the area desperately trying to piece together the clues which Arnold ekes out slowly but surely.

It’s clear that Arnold really knows her stuff when it comes to police and FBI procedure and the reader finds themselves joining the team trying to work out what possible motive the killer has – or is it just madness?

I won’t spoil the story but the denouement is satisfying and far more complex than I was expecting and, despite the fact that this is part of a series of thrillers, Remnants works equally well as a stand-alone story. 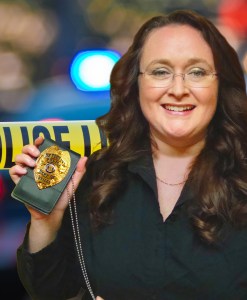 CAROLYN ARNOLD is an international best-selling and award-winning author, as well as a speaker, teacher, and inspirational mentor. She has four continuing fiction series—Detective Madison Knight, Brandon Fisher FBI, McKinley Mysteries, and Matthew Connor Adventures—and has written nearly thirty books. Her genre diversity offers her readers everything from cosy to hard-boiled mysteries, and thrillers to action adventures.

Both her female detective and FBI profiler series have been praised by those in law enforcement as being accurate and entertaining, leading her to adopt the trademark: POLICE PROCEDURALS RESPECTED BY LAW ENFORCEMENT™.

Carolyn was born in a small town and enjoys spending time outdoors, but she also loves the lights of a big city. Grounded by her roots and lifted by her dreams, her overactive imagination insists that she tell her stories. Her intention is to touch the hearts of millions with her books, to entertain, inspire, and empower.

She currently lives just west of Toronto with her husband and beagle and is a member of Crime Writers of Canada.