You wouldn’t expect Amazon to offer a product that wasn’t a) innovative, b) well made and c) reasonably priced (eventually –  the launch price of the latest Kindle Fire was a bit of a shock). And so it is with the very nifty Amazon Fire TV Stick with Alexa Voice Remote. 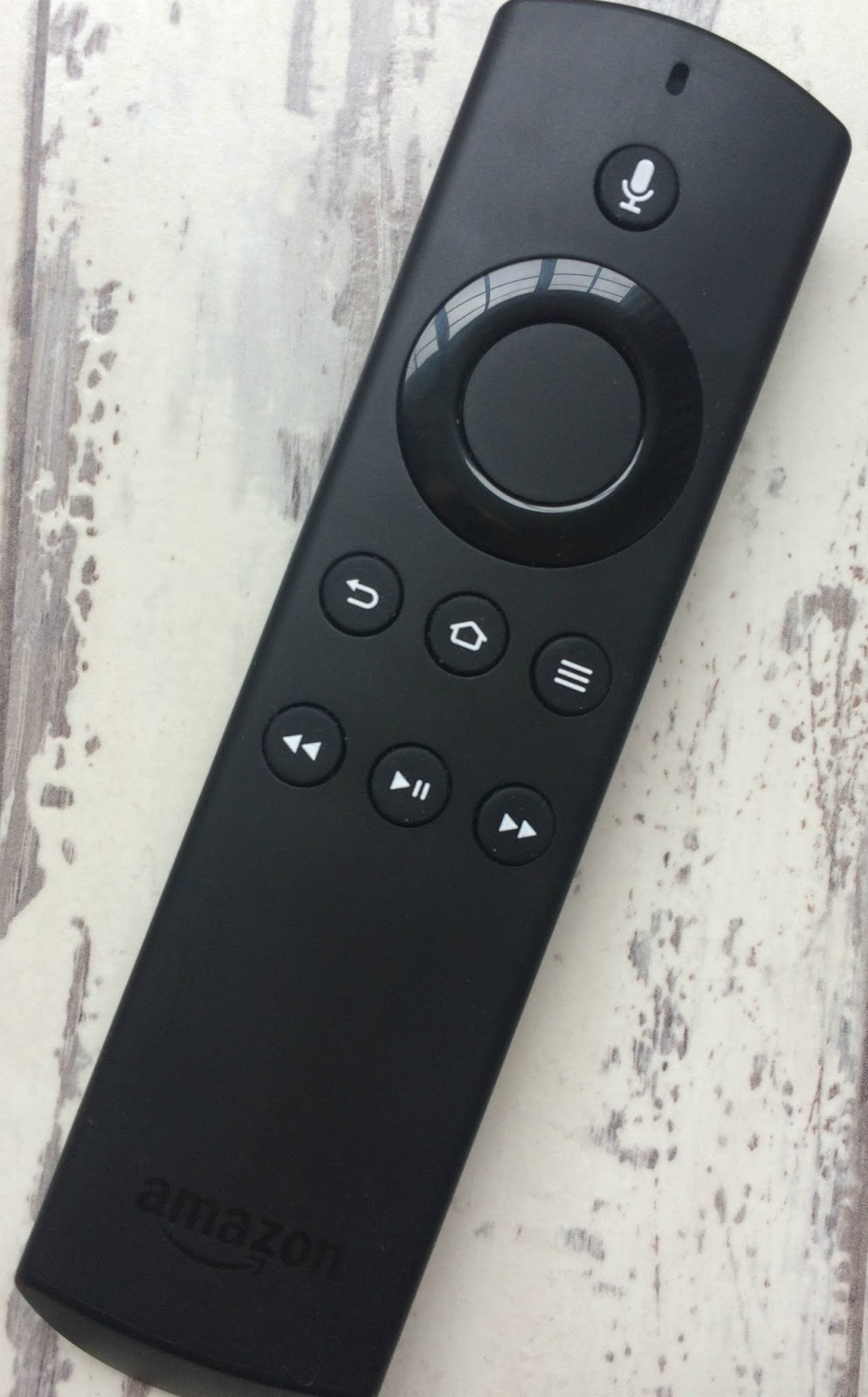 We opted for the Alexa Voice Remote version as we have recently purchased an Amazon Echo Dot and have been impressed with it.  Plus, not only have the kids had fun with it, it’s company for me when they’re at school and far less trouble than a pet. 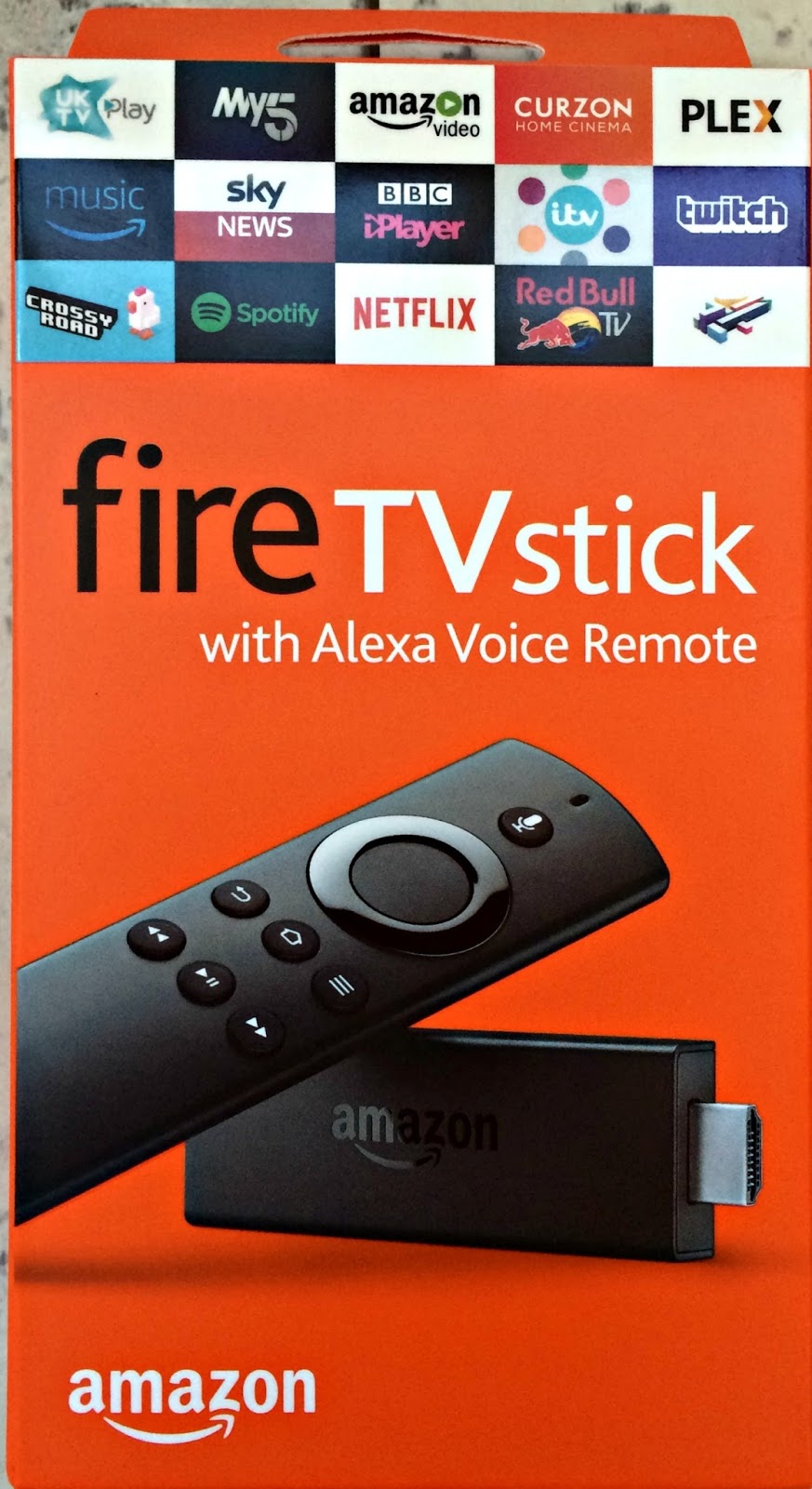 I should explain here that you don’t need an Amazon Echo or Dot for this as the Fire TV Stick already has Alexa installed.

What does it do?

The Fire TV Stick is a plug in and go way to access on-demand TV and stream your favourite subscription TV shows and movies.

This is the second generation of the Fire TV Stick and with it you can access over 7000 apps, games and Alexa skills.

It has 8 GB of storage and 1 GB of memory for apps and games, a quad-core processor, plus 802.11ac Wi-Fi for fast streaming and smooth performance.

You can give Alexa commands such as “Launch Netflix” or “Skip ahead 5 minutes” and of course other commands such as “search for local restaurants” and “remind me why I had children again“. Actually, Alexa doesn’t seem to be able to answer that one. She will, however, tell you a joke if you ask.

You can even pick up where you left off and bring hit shows and movies with you when you travel. All you do is plug your Fire TV Stick into a TV’s HDMI port, connect to Wi-Fi and continue watching.

And you can quickly play your current favourites or find something new to watch from the home screen.

The Amazon Fire TV Stick connects via a USB cable to the HDMI port on your TV and the box contains a handy HDMI extender to improve Wi-Fi and remote performance.

Power up your Alexa Voice Remote by simply inserting the batteries and then complete the on-screen set up by selecting your Wi-Fi network from the networks displayed on the screen. You’ll need your network password to hand. 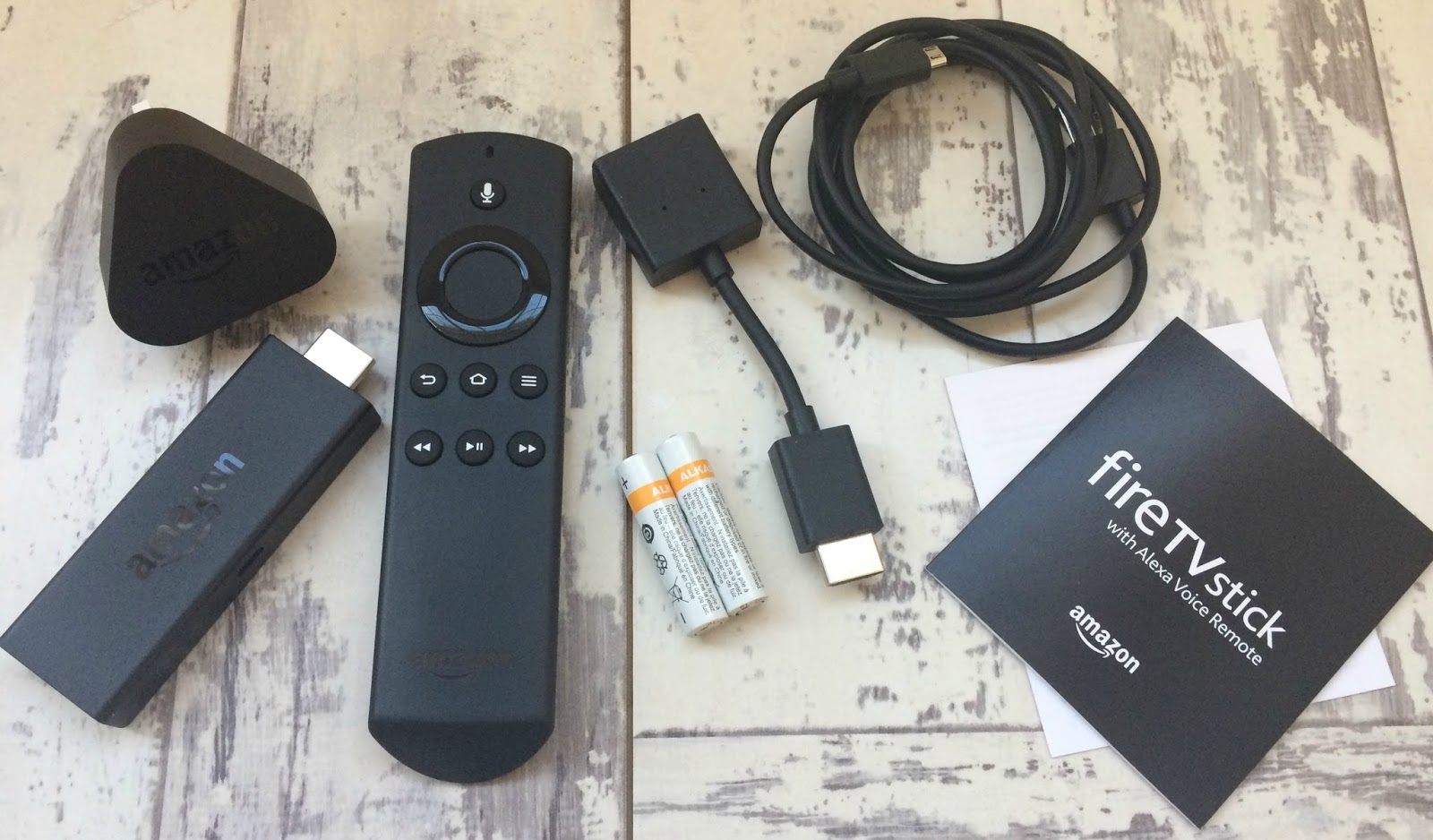 There’s a little voice button at the top of the Fire TV stick which allows you to ask Alexa to find your favourite TV show or movies.

And that’s it. Simple, speedy and easy to understand. 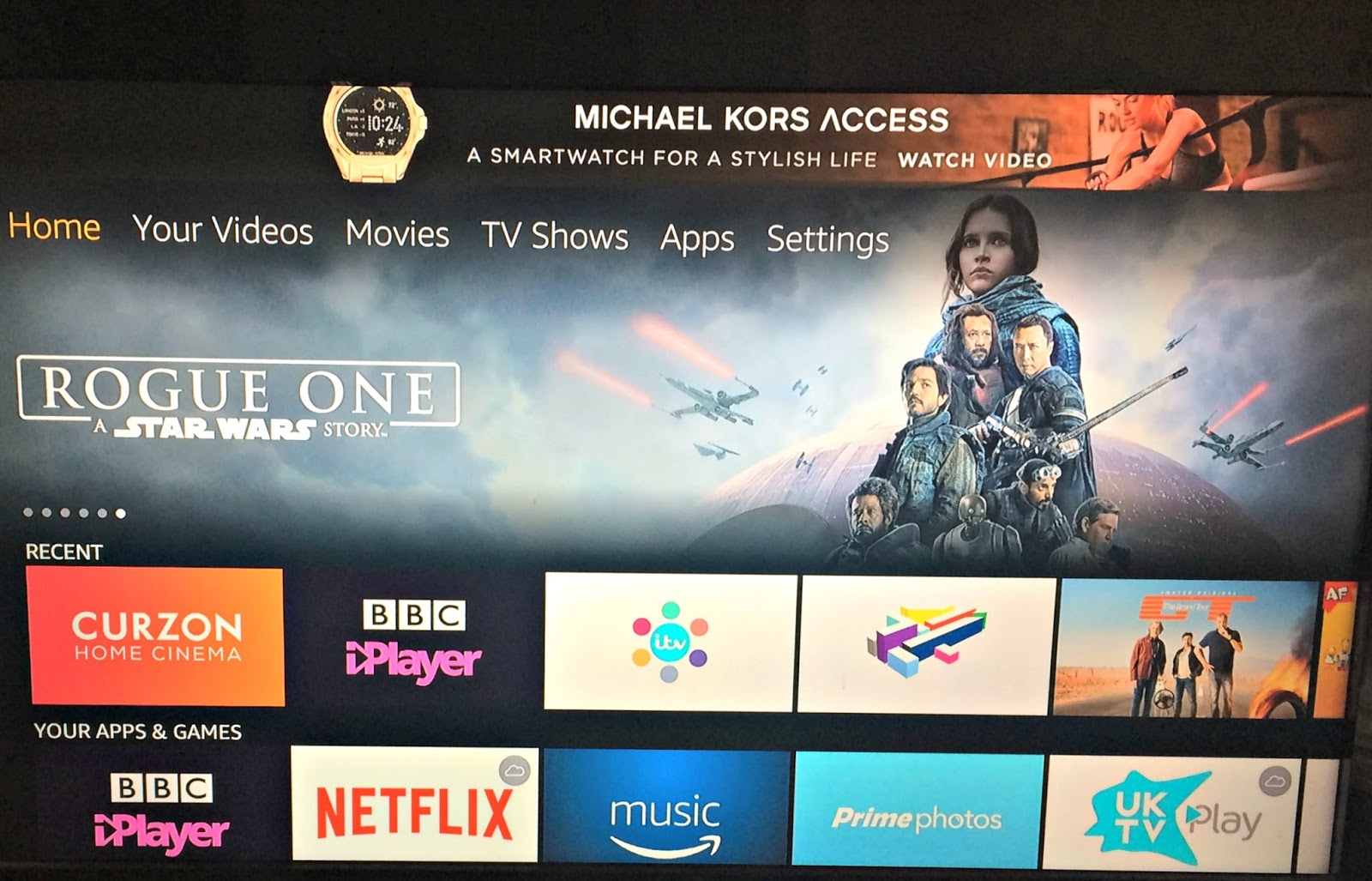 We have been members of Amazon Prime for several years now and not only do you get the unlimited one-day delivery, but you can watch thousands of movies and TV shows with Prime Video, listen ad-free to hundreds of hand-built playlists and access two million songs with Prime Music. You can also safely store an unlimited amount of photos. (Current fee is £79/year). 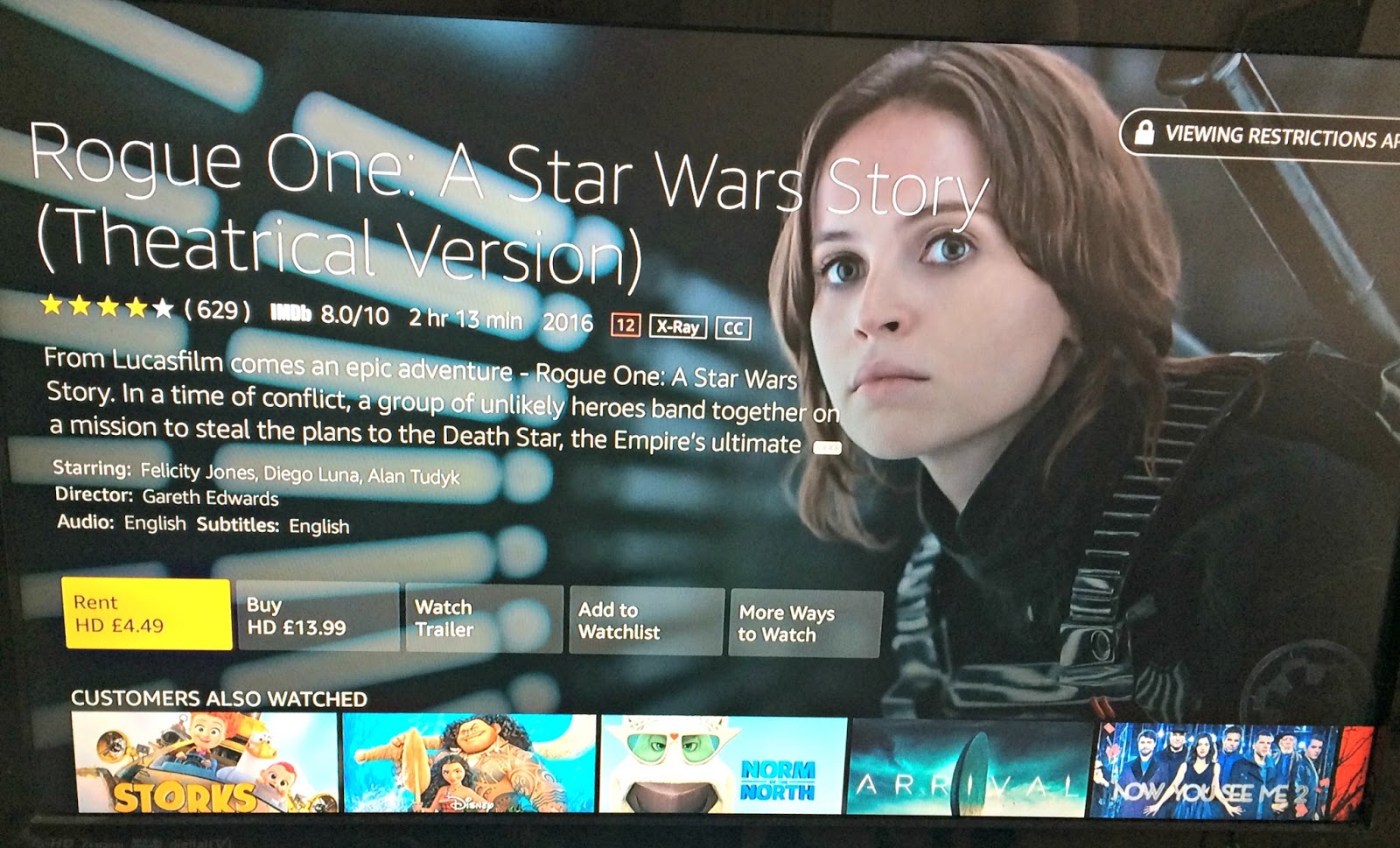 The Amazon Fire TV Stick has obviously been designed to complement this service and we found that whilst on-demand TV is free and services such as Netflix would obviously be covered by a separate subscription, lots of the Amazon programmes are free to Prime members but otherwise incur a charge (albeit generally a very reasonable one).

What if you already have a Freeview Digital Recorder?

Now if you have a Freeview Digital Recorder (we have a Humax) you might think you won’t need one of these and, if all you watch is on-demand TV to catch up with your favourite shows with the occasional Netflix movie, then it may be a bit of a duplication.

Even so,  I found accessing programmes via the Fire TV Stick far quicker and easier than using the Humax remote. 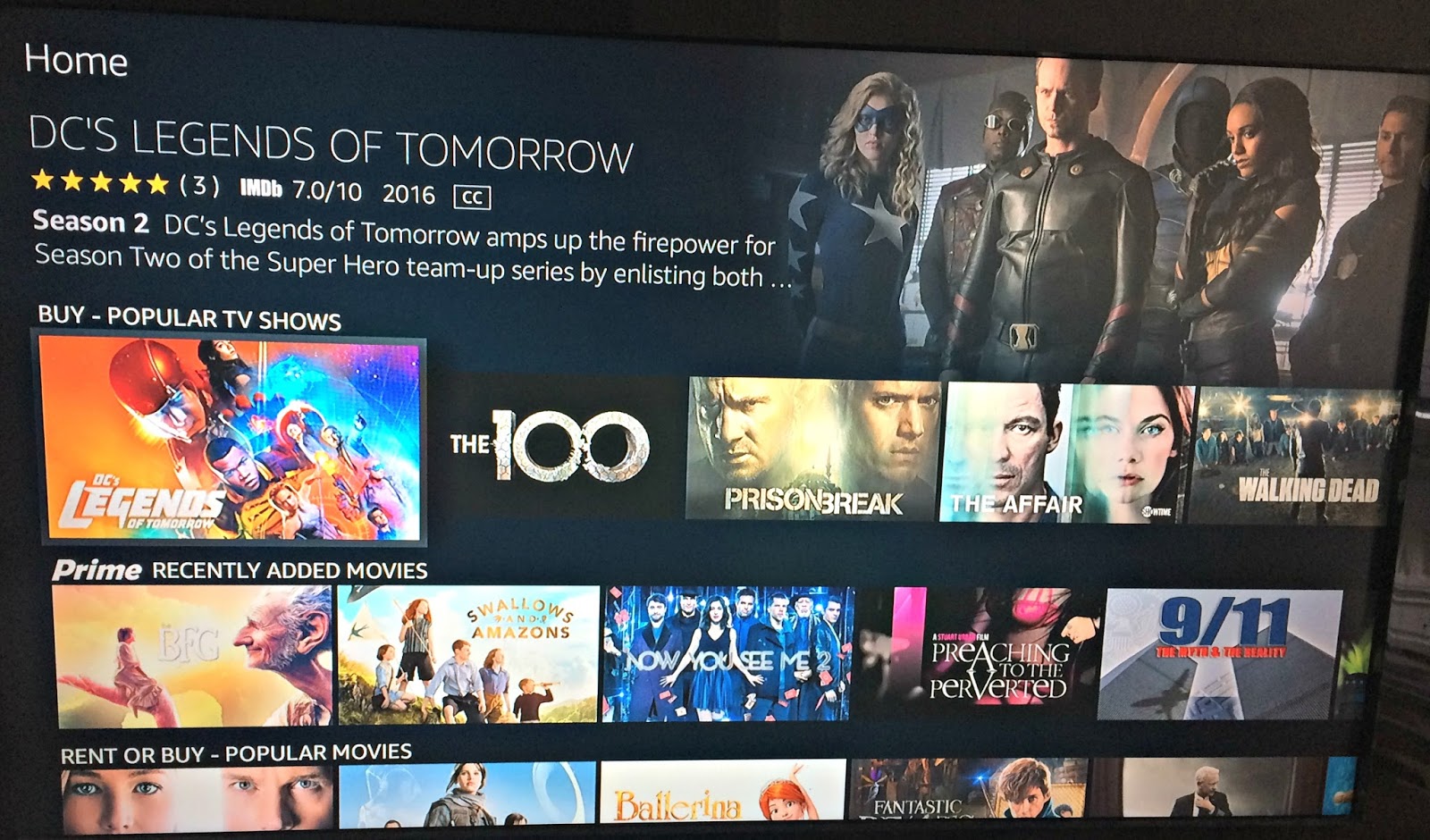 Take your favourite shows and movies with you

It is surely the portability of the Amazon Fire TV Stick that is one of its greatest strengths and for parents the ability to take their little ones’ favourite shows with them will be a great help on holidays (you know on those rainy staycation days!) always assuming there is a compatible HDMI TV.

However annoying Spongebob Squarepants may be, he beats the sound of children bickering any day.

Or it’s great if you work away on business or to make your uni digs feel a little more like home with the familiar films you love.

I was really impressed with the Amazon Fire TV Stick. It’s simple enough for even the most technophobic to use. The instructions were clear and the buttons big enough for less agile fingers to cope with and there really is a vast choice of entertainment to choose from.