This week – when your boyfriend tells you he’s a “better professional” than you are, whether not being able to afford a wedding is a sign of cold feet and whether constant texting is a healthy thing in a relationship. 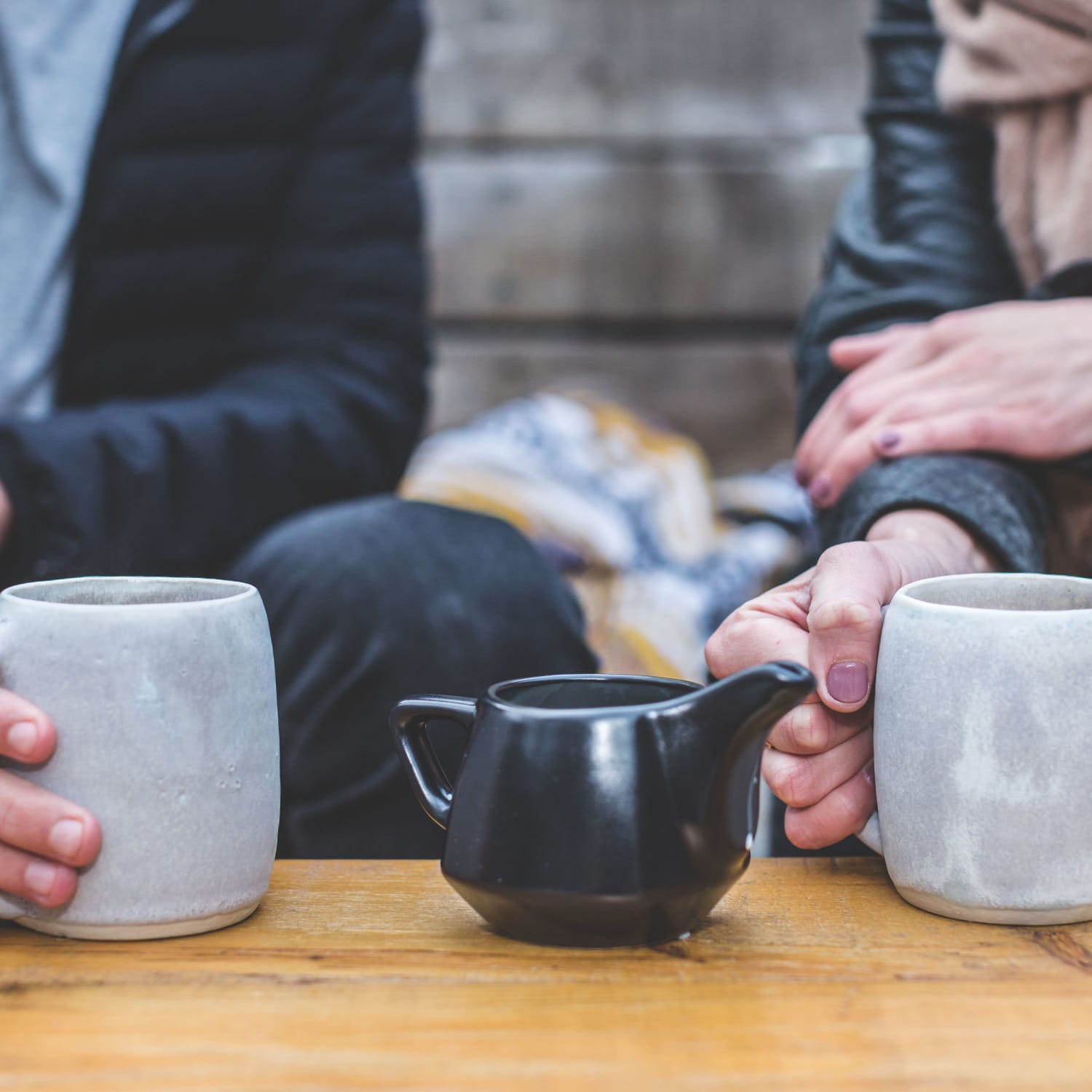 Q: Why does my guy friend complain constantly about his wife to me?

And when I called it out on it, he stopped doing it, but now never fails to just mention her name, out of the blue, whenever we are having a great time laughing at jokes, then he looks at me like he’s trying to read me?

A: I think you know the answer to this one, don’t you and I suspect it won’t end well.

I am sure his wife isn’t too happy if he’s spending a lot of time with you (I take it that you are female – I can’t tell from the question) and it’s probably no wonder he’s being nagged.

If he’s mentioning her name I’d suggest it’s guilt because he knows he’s flirting with you and the meaningful looks are part of that game. The ‘my wife doesn’t understand me’ routine is as old as the hills and used by men to justify having an affair.

It’s pretty immature behaviour on his part and I think you need to think about where your relationship with him is going.

If you’re happy with just friendship, I think you need to get that message over to him loud and clear.

And if you are hoping for a relationship with him bear in mind that such men very rarely leave their wives.

Q: Is it normal that my boyfriend and I text each other 24/7?

We’ve been dating 3 years. He gets mad when I take more than 5 minutes to reply. And we always have to tell each other where we go, when we leave to places. I used to not get mad when he took forever to reply and now I do. I hate it. I find it very annoying.

A: Your boyfriend sounds like a very controlling individual and no, it isn’t healthy nor normal. I wonder how you have put up with this for so long.

Are you saying you have to respond within 5 minutes to his texts but he takes all the time he likes?That is very childish, don’t you think?

And what kind of relationship is it where everything revolves around your phones?

I sense that you are realising this just isn’t right and you really shouldn’t be treated like a possession.

Has he managed to get you to cut ties with all your old friends, or worse, even your family?

I would confide in a close friend if you can for support and in your shoes, I’d be high-tailing it out of there pronto.

Q:  I think of my ex almost daily, but I don’t want him back because he caused me a great headache and paranoia. What should I do?

I broke up with him two months ago. He still stalks me and asks my colleagues about me. It’s really a difficult situation. One of my colleague said both of you are egotists.

A: When you say he ‘still stalks’ you, do you mean literally – following you, tracking your every move? Or do you just mean he asks you colleagues about you occasionally? Because there’s a big difference.

Asking after you would be entirely normal and suggests that he is missing you.

I don’t think you should be painting him as obsessive if that really isn’t the case. You say he caused you to be paranoid – why was that I wonder? Was he a flirt, did he play mind games, was he controlling?

Isn’t the truth that you are having second thoughts and are missing the attention or the excitement (however unhealthy) that a difficult relationship can provide?

Is this, as you colleague hinted to you possibly a case of “I don’t want you but nobody else can have you”?

If you are miserable and want him back then just tell him but don’t play games with the poor guy if he is really upset about the break-up and you just want validation that you are attractive (or whatever).

If you didn’t enjoy being in the relationship then let him go and find someone better suited. After all, if he was a constant headache and made you paranoid then that’s not really a relationship destined to last, is it?

Q: What should I do when my boyfriend tells me ‘he’s a better professional than me’?

I’m more into research and am starting a PhD at a top university this autumn, while my boyfriend has 1 year more working experience. At the moment we work at the same company and spend a lot of time working together on hobby projects. I never thought he saw it this way: I assumed we’re equal so don’t know what to do.

A: I’d say your boyfriend is jealous that you are going to a top university and, I assume, will leave better qualified than he is.

This is a really childish response and in your shoes, I would be asking myself why I was still with him – unless he was joking, which by the sound of it he wasn’t.

If he’s jealous before you even start your course it doesn’t bode well does it?

Q: A girl used to like me but now she acts as if I don’t even exist; she changed quite suddenly. Should I have any hope that she still likes me?

She is mean to me in such a way that even makes me have nightmares, but I like her nonetheless. Is there anything wrong with me, with her, or both of us? Why does she seem to show romantic interest in such an aggressive manner?

A: Because she is not really showing romantic interest. It seems her feelings have changed or she has serious issues and enjoys getting her attention by being nasty to others.

And since she is giving you nightmares I wonder why you are even giving her the time of day.

Stand up for yourself and if you really want her around tell her that this behaviour is unacceptable and if she doesn’t wise up then she can find someone else to be mean to.

Q: How can I marry my girlfriend if I can’t afford it? How can I get over this?

A: I suspect you can afford to get married but you can’t afford a big splashy wedding. Is this what your girlfriend is pushing for?

People have budget weddings all the time that are equally as meaningful and beautiful as the big extravaganzas.

In any case, a big splashy wedding does not ensure that the marriage will last. I think you are focusing on completely the wrong thing here.

Can’t you find somewhere pretty for a simple ceremony and then a quiet meal for a few close friends and family?

Or are you actually getting cold feet and using this as an excuse for getting out of it.

Either way, you need to discuss this with your girlfriend and be honest. If the wedding means more to her than the fact that she is marrying you, I think there’s a bit of talking to be done.

Q: Is it my fault if a girl goes into depression after I refused to go out with her?

A girl asked me out, said she had a crush on me for a long time. I didn’t feel the same for her, so I politely refused stating the reason. She didn’t say anything further and went home. Two months later I found out she’s in severe depression; was admitted in hospital. Was that my fault? I feel bad.

A: No it wasn’t your fault. Depression is an illness which has many triggers and if it wasn’t you turning her down it may well have been something else.

She was admitted a whole two months after your rejection in which anything could have happened.

Don’t feel bad and if you are concerned and you see her ask how she is but I wouldn’t raise her hopes again.