This week – can you have a successful relationship if you don’t fancy him and what to do if he never lets you hang out with his mates – but other women do. 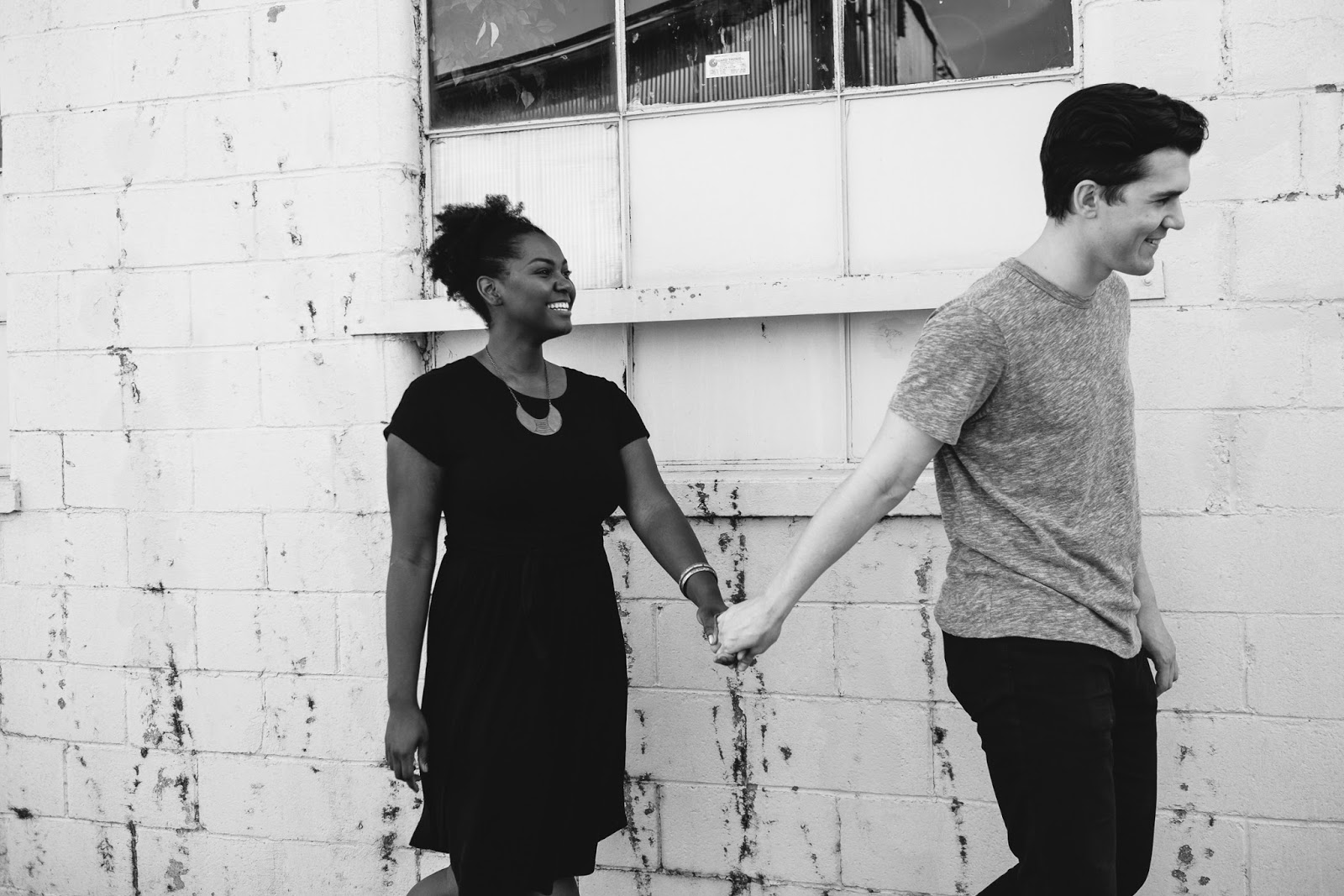 Question: What does a guy think of me if I still have sex with him after he dumped me months ago when we were dating?

8 months ago he dumped me saying he is not ready to commit as he had come out from a 4-year long relationship. The problem is I am in love and we keep seeing each other for sex. If I hadn’t stupidly decided to stick around, would he have seen me worthy to be his girlfriend or it would it all have just ended earlier?

Answer: Basically you have given him everything on a plate. There is no reason, currently, for him to chase you, pursue you or romance you because you are there, willingly giving him everything he wants.

Being in love is no reason to be a doormat you know – and it certainly won’t make him either love nor respect you.

I think if you have any chance with this man (and I wonder why you’d want him after he dumped you with the old ‘I’m not ready to commit’ excuse), then you need to start playing hard to get.

I suspect it’s a little late in the day now but you stand a far greater chance if you say I’m not seeing you any more (and especially not giving you sex) unless we are in a committed relationship.

Because he is really interested he will contact you and if he doesn’t, to be honest, I think you would be far better off kicking his rather sorry backside into touch.

If he knows you love him but he doesn’t feel the same way and is using you for sex, that doesn’t really make him a very nice person, does it?

Question: How do I know if I should leave my boyfriend?

I have been in a long distance relationship for a year and a half with a guy 13 years older than me, and it frustrates me that he doesn’t seem to want to travel to be with me. I am lonely all the time, but leaving him might make it worse. What do I do?

Answer: How could leaving him make it worse if he’s never with you?

Long distance relationships are notoriously difficult and to be honest I really don’t understand why people put themselves through it.

You mention the age gap but unless he’s a pensioner and practically immobile, I really don’t see what being 13 years older has got to do with it.

The point here is that he is not making any effort.

From the tone of your question, I’d say you have had enough and you don’t need to feel guilty about leaving someone who is clearly making absolutely no effort to be with you.

Isn’t there someone attractive, single and possibly younger closer to home you could date?

A year and a half is surely long enough for him to decide whether he should move himself to be with you.

Question: Can you have a successful relationship without being physically attractive to your partner? What if you don’t fancy him?

I have been seeing this gentleman for a couple of weeks and the time we spend together is great. He treats me like an angel and pampers me all the time. He is older but we get along great. The sex is amazing but the only thing is I’m not physically attracted to him.

A: If the sex is amazing, then you must be physically attracted to him, to an extent.

Isn’t the problem here that you are struggling to deal with the fact that he is older?

These days age really isn’t an issue. He’s kind, generous, cares for you and the sex is amazing.

I’m not sure what else you want.

There are plenty of younger men out there of course, but you might be trading this kind, mature man, for a younger bloke who hasn’t a clue how to treat you and who doesn’t have the wherewithal to make you happy.

You also say you’ve only been seeing this man for a couple of weeks. It’s a little early to stress out about this, don’t you think?

Why not just enjoy his company and see where it goes. The test will be how you feel a few months down the line. When the haze of the initial attraction wears off that’s usually when we find out what people are really like and how they treat us.

Question: If a girl has a boyfriend but allows you to kiss her, does it mean she loves you?

Answer: Of course it doesn’t. It merely means that she finds you attractive not that she is about to leave her boyfriend for you.

It could be flirtation, and nothing more.

If you don’t think there’s any chance she will leave her boyfriend for you, I wouldn’t waste any more time on her. Go and find a girl you can kiss without worrying about her boyfriend coming to look for you.

Question: It has been a month and my ex hasn’t contacted me. Will he ever contact me?

We had a very messy breakup. He turned cold and I told him that we should stop talking since he was behaving so rudely to me. He left me since he wanted to pursue his studies and career. Then he said that he can live without me but I can’t live without him. Hence I never called him again.

Answer: It’s always hard to accept that a relationship is over when you are still harbouring feelings for your ex but, in all honesty, this man has given you no indication whatsoever that he is going to change his mind and come back.

I doubt you calling would have made any difference – merely given him the opportunity to be rude to you again.

I think, hard though it is, you need to forget this man and get on with your own studies and career.

The best revenge, they say, is success and frankly I wouldn’t give him the satisfaction of knowing I was moping when he’s off building his career.

Have you any good friends to spend some time with – who could help you take your mind off things?

I think that’s what you need right now.

Question: How do I know if I’m truly in love with my partner?

I KNOW that I have relationship anxiety (Romantic Obsessive Compulsive Disorder) but it’s like I can’t figure out if I truly love him or not.

A: When you say you KNOW that you have relationship obsessive-compulsive disorder, have you been diagnosed with this by a psychologist – or is this your own interpretation?

Forgive me but people use these terms (particularly OCD) incorrectly sometimes to indicate an obsession which, with a bit of self-control and willingness CAN be controlled. True sufferers cannot their obsessions – and certainly not without a lot of help from qualified professionals.

What I am asking is – are you really saying you are a hopeless romantic waiting for the full ‘Disney’ experience – the violins, the roses, the passion?

Because very often these don’t actually turn up – despite the fact that we may love our partners very much indeed.

Friendship, respect, kindness, affection and, yes, sex, are a much better list of ‘ingredients’ for a loving relationship.

If you have these you aren’t going far wrong.

A good ‘acid test’ is if you can envisage yourself living happily without them – or if you find yourself looking forward to being apart.

Everyone needs some alone time but if you find you need days and weeks then I’d suggest you are certainly not in love.

Rather than analyse your relationship to death (and if you truly have ROCD then I understand), why not focus on others.

When we obsess it’s usually all about us – which isn’t very attractive.

If you make sure your life includes friends, family, hobbies, self-development, sports and so forth then it will soon become clear if there’s truly room for your current partner.

Question: My boyfriend never takes me to hang out with his friends. What should I do?

Some of them don’t like me. Plus he says that due to cultural reasons the women of his friends don’t hang out with them either, which is true, but other women friends are often with them. And it’s not just a guy thing. So this really bothers me.

Answer: Your boyfriend is just making excuses and I think at heart you know that.

A good boyfriend would WANT to show you off and to introduce you to all his friends.

This sounds more like a case of ‘having my girlfriend with me cramps my style’ and in your shoes, I would be asking myself whether I could be bothered to stay with him.

I’m not sure why some of his friends don’t like you – did he tell you this?

And what are these ‘cultural reasons’ the other girls don’t hang out with his mates either?

I hate to say it but I suspect you’re being played for a fool.